"I do not wish to be an artist. I only wish that art enables me to be." 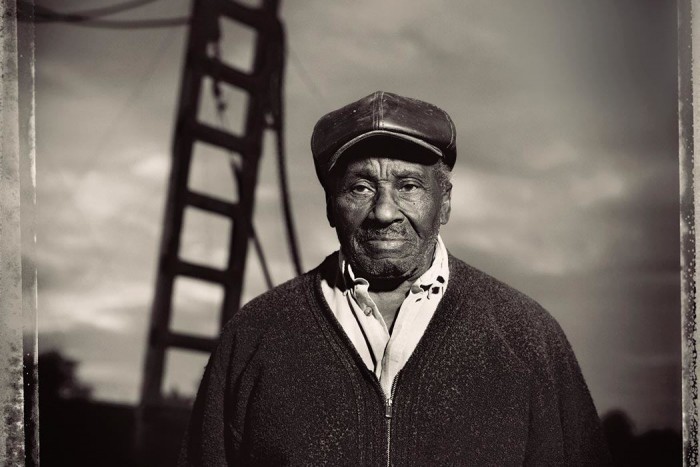 "I do not wish to be an artist. I only wish that art enables me to be."

Noah S. Purifoy was a visionary visual artist & sculptor who is best known for creating marvelous large-scale assemblages, installation art, and environmental sculptures. Born in Snow Hill, Alabama, he spent most part of his life in Joshua Tree, California, and Los Angeles.
This African-American artist was the founding director of the Watts Towers Art Center and most prominently created exemplary artworks in the 10-acre desert land of “Noah Purifoy Outdoor Desert Art Museum”. Post the Watts Riots of August 1965, the charred debris and wreckage were collected to create the artworks and assemblage sculpture “66 Signs of Neon”. 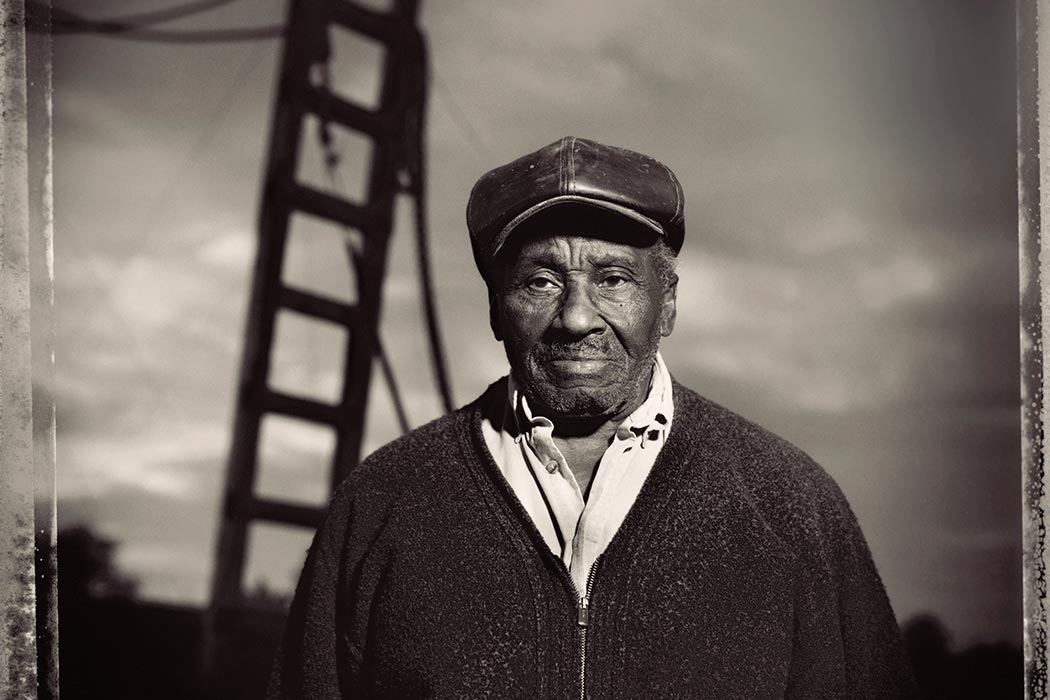 1917-born Purifoy provided his services to the United States Navy during World War II. As a veteran, he was laid to rest at the Ohio Western Reserve National Cemetery in Rittman, Ohio. 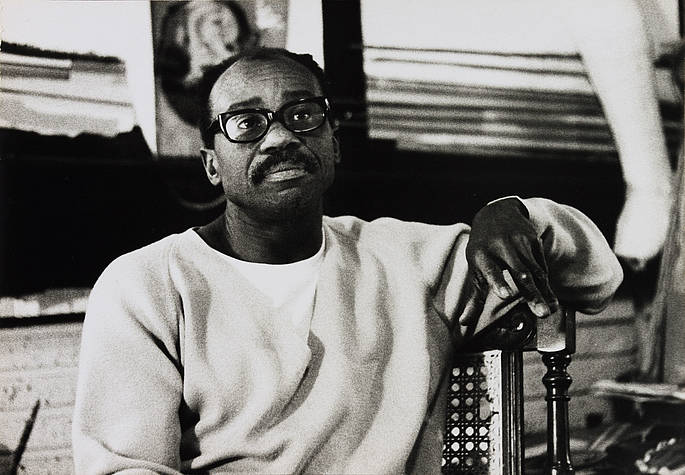 In 1953, he relocated to Los Angeles to pursue his BFA (Bachelor’s of Fine Arts) degree from Chouinard Art Institute (CalArts). Just before his 40th birthday, he earned his degree in 1956 and became the first African American to enroll at CalArts as a full-time student. 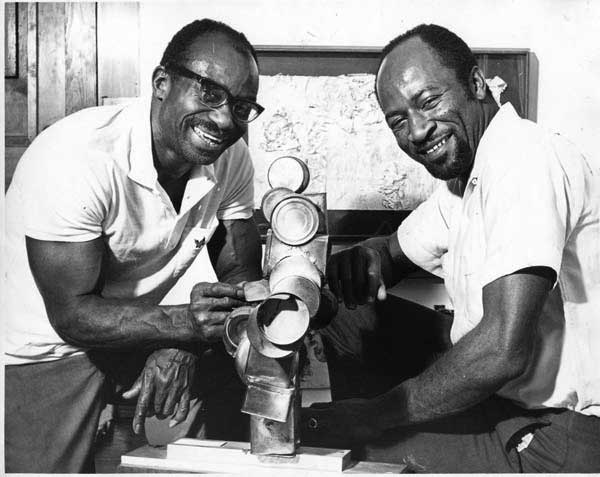 Months after the Watts Riots rebellion of August 1965, Purifoy and other artists including Judson Powell conducted the exhibition “66 Signs of Neon” displaying nearly 50 artworks made from charred wreckage in order to "interpret the August event." 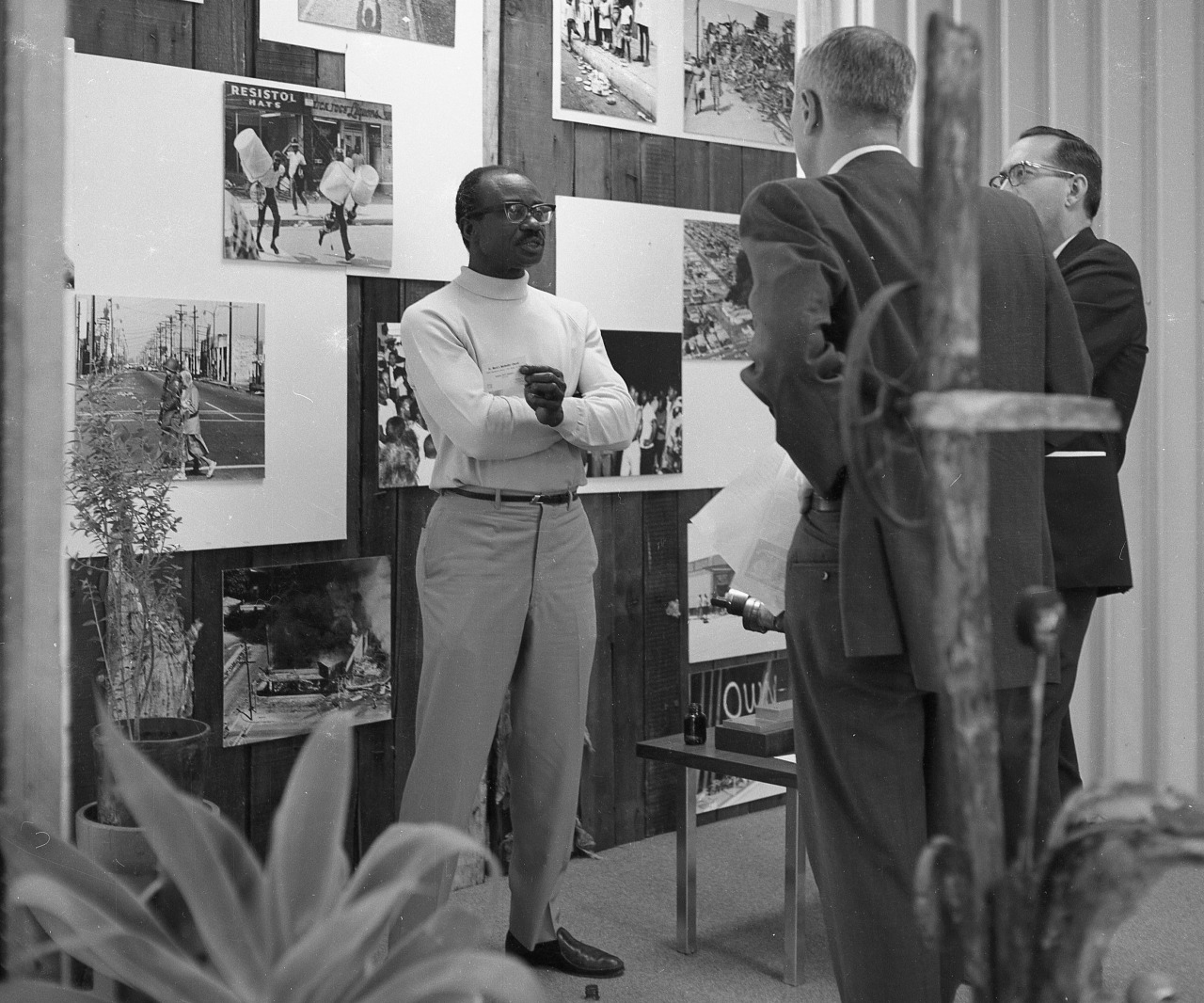 In April 1966, the exhibition had its premiere at Markham Junior High School. Later, it traveled to 9 universities in California within 2 years and eventually traveled to other venues in the US but remained outside gallery walls.

“We wanted to tell people that if something goes up in flames it doesn’t mean its life is over.” 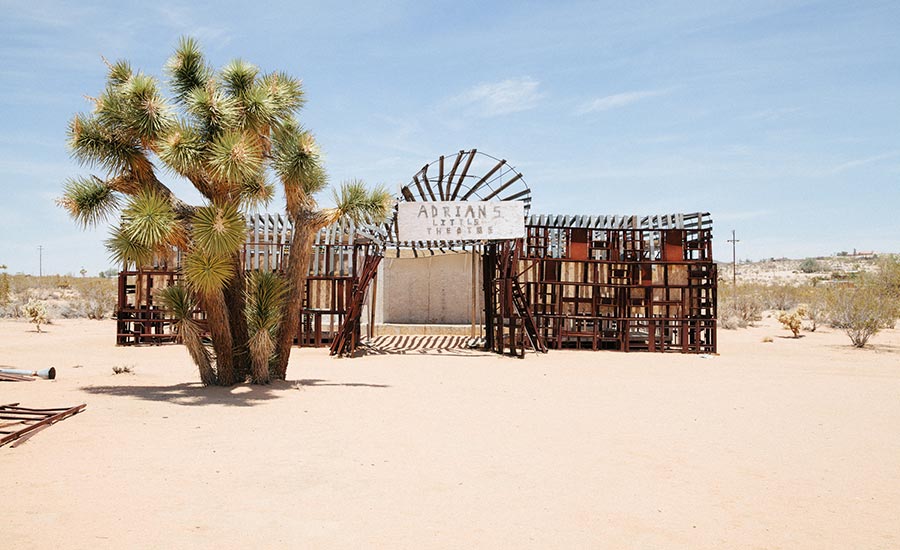 After serving the California Arts Council from the late 1970s till late 1980s and initiating several programs, he moved to the southern Mojave Desert to create artworks. So for more than the last 15 years (1989-2004) of his life, he built the “Noah Purifoy Outdoor Sculpture Museum”. 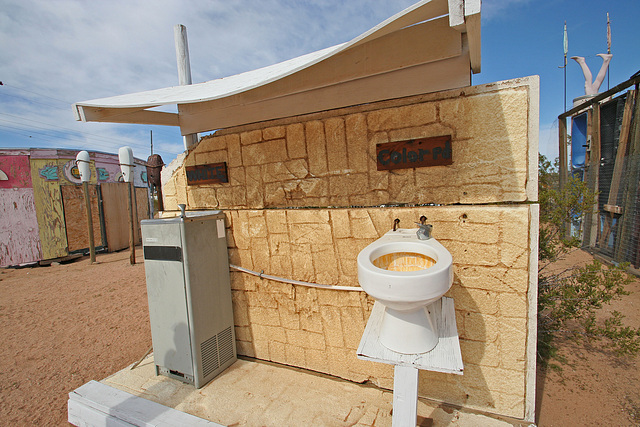 Stretching on a 10-acre open land near the town of Joshua Tree in California, the museum has more than 100 artworks that include enormous installation art, large-scale assemblage, and environmental sculptures. Purifoy used bits of broken computer keyboards, hamburger wrappers, and glass fragments.

From blatant political statements as displayed in White/Colored having a toilet bowl next to a drinking fountain, to site-specific artworks like “Shelter” that is made out of burnt wood. 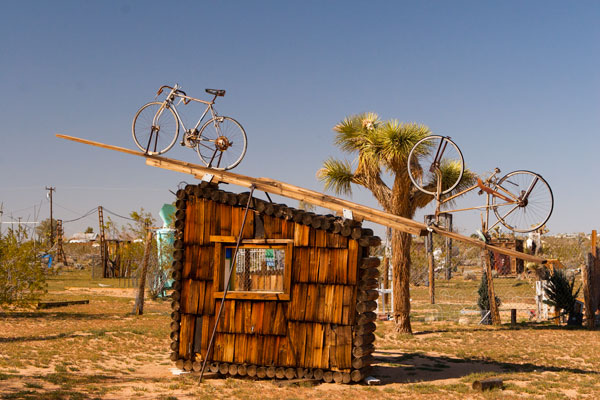 In 2016, it was expanded to include the adjoining land art sculpture “Unagi”. The highest point in Purifoy's Sculpture Museum presents the best landscape view of Unagi. It brings to the mind an image of larger-than-life eels created from the ruined & obsolete freight trains obtained from the neighboring Desert Freight Services.