The death of pop superstar George Michael has left people heartbroken creating an atmosphere of public grief all over. Post the... The death of pop superstar George Michael has left people heartbroken creating an atmosphere of public grief all over. Post the news of his death, people have been sharing the stories of his rarely known philanthropic acts which ranges from a £5k tip to £15k IVF treatment.

Through his donations to Childline, he is known to have helped countless children to get the treatment. Furthermore, he backed other organizations including the Terrence Higgins Trust and Macmillan Cancer Support to help cancer and AIDS victims.

The Beatles fame Sir James Paul McCartney posted this on his website along with a photo of him and Michael.

“George Michael's sweet soul music will live on even after his sudden death. Having worked with him on a number of occasions his great talent always shone through and his self-deprecating sense of humor made the experience even more pleasurable”.

George and Paul worked together in 2005 for the track 'Heal the Pain' of Michael's album Twenty Five(2006). 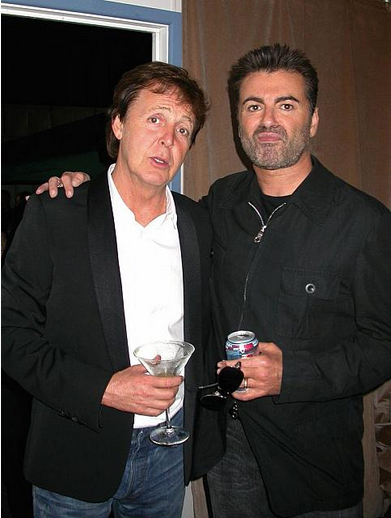 Michael’s death was declared late Sunday where the reason of his death was said to be heart failure. His friends and fans came over his residences in north London and Goring to pay him the tributes.

Here are a few heartwarming tributes shared by his friends and fans as seen on social media.

A woman on 'Deal Or No Deal' told us she needed £15k for IVF treatment. George Michael secretly phoned the next day and gave her the £15k.

There are lots of stories about #GeorgeMichael 's legendary generosity emerging today. When I swam the channel

His support for the LGBTQ community, the NHS and the miners marked George Michael out as an activist as well as a great artist. pic.twitter.com/t

I wrote in a piece ages ago about a celeb I'd worked with tipping a barmaid £5k because she was a student nurse in debt. Was George Michael.

The selfless contribution and his beautiful music of this noble soul and brilliant artist shall forever remain in the hearts of everyone. RIP George Michael.