Life of Buddha is truly inspiring, and so are his words and teachings. So, here we are listing some of his best quotes along with their explanations. Read now! 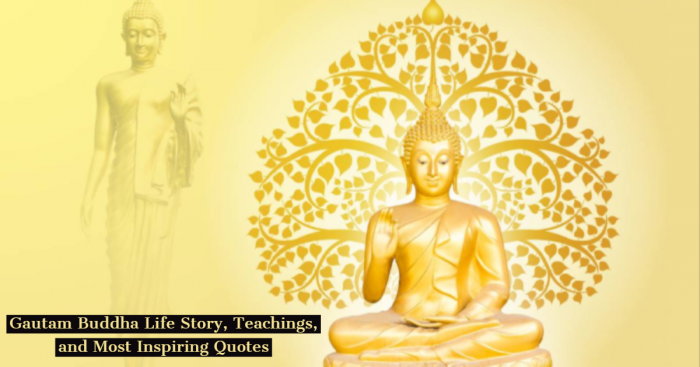 Buddha, the founder of Buddhism, was one great philosopher who not only impacted the lives of people when he was alive but also kept inspiring all with his teachings when he is not there.

There are several names by which he is widely known, such as Siddhārtha Gautama or Siddhattha Gotama in Pali, also known as Gautama Buddha, Shakyamuni Buddha, or simply the Buddha. And, once he got the title of Buddha, he became very popular as a monk, sage, mendicant, teacher, philosopher, and religious leader on whose teachings Buddhism religion was founded.

So today, let’s learn about him, his teachings, his quotes, and little about his life as a step towards enlightenment.

Who Was Gautam Buddha? 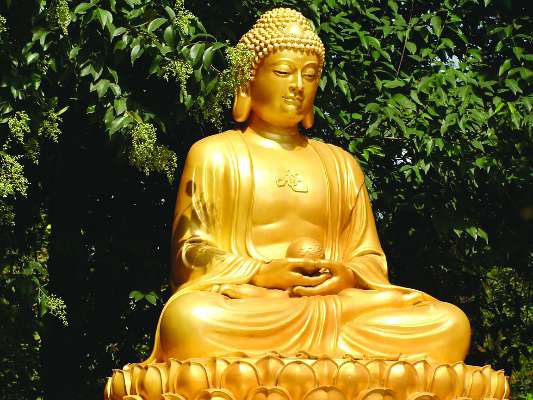 Buddha, first known with the name Siddhartha Gautama, was a teacher, spiritual leader, and philosopher who is considered the founder of Buddhism. Between the 6th to 4th century B.C, he lived and taught in the region around the border of modern-day Nepal and India.

The name Buddha signifies "the enlightened one" or "one who is awakened." While scholars believe that Buddha did exist, the specific events and dates of his life are still a matter of debate.

Based on the most widely known legend of his life, Siddhartha Gautama spent a fateful night in deep meditation beneath a tree, after experimenting with different teachings for years and finding none of them acceptable. And, it is said that all of the answers he had been seeking became clear during his meditation, and he achieved full awareness, thereby becoming Buddha.

About His Early Life 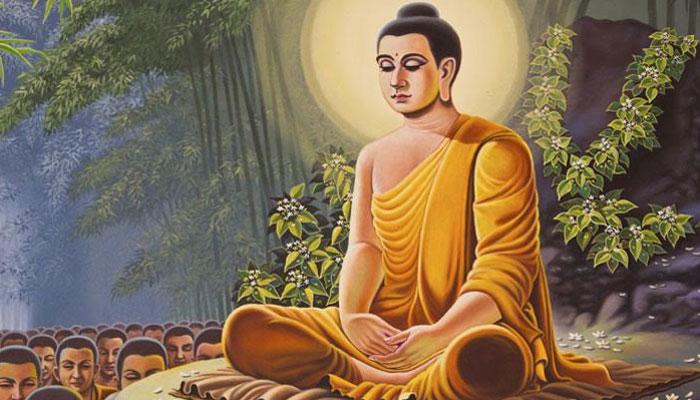 According to some scholars, the Buddha was born in the 6th century B.C., or possibly as early as 624 B.C. Some other researchers believe he was born later, even as late as 448 B.C. And some legends also consider that Siddhartha Gautama lived from 563 B.C. to 483 B.C.

However, virtually all scholars believe that Gautama Buddha was born in Lumbini in present-day Nepal. He belonged to a large group named the Shakyas.

Even recently, in 2013, some archaeologists operating in Lumbini discovered pieces of evidence of a tree shrine that predated other Buddhist shrines by some 300 years, providing a new indication that Buddha was seemingly born in the 6th century B.C.

How He Became The Buddha?

Siddhartha lived an ascetic life for the six years of his presence. During that time, he only studied and meditated using the words of various religious teachers as his guide.

With a group of five ascetics, he practiced his new way of life, and his dedication to his quest was so stunning that all those five ascetics became Siddhartha's followers. However, when he still didn’t find the answers to his questions after so long, he redoubled his efforts, endured pain, refused water, and did fasting nearly to starvation.

But Siddhartha could not reach the level of insight he sought whatever he tried until one day when a young girl offered him a bowl of rice. The moment he accepted it, he suddenly realized that living under harsh physical constraints was not helping him achieve spiritual release, plus he realized that the corporeal austerity was not the means to achieve inner liberation.

So he drank water, had his rice and bathed in the river. After seeing Buddha receiving the meal, the five ascetics concluded that Siddhartha had given up the ascetic life and would now follow the ways of the flesh, and they hastily left him.

Well, that night, vowing to not get up until the truths he sought came to him, Siddhartha sat alone under the Bodhi tree, and he truly meditated until the sun came up the next day. It is said by scholars that purifying his mind, seeing his entire life, and previous lives in his thoughts, he remained there for several days.

Some legends also suggest that he overcame the threats of Mara, an evil demon during that time, who challenged him on his right to become the Buddha. Also, the legends suggest that when Mara attempted to claim the enlightened state as his own, Siddhartha touched his hand to the ground and asked the Earth to bear witness to his enlightenment, and as a result, it did, banishing Mara.

And soon by a picture produced in his mind of all that occurred in the universe, Siddhartha finally got the answers to the questions of suffering he was seeking for several years. Well, Siddhartha Gautama became the Buddha in that moment of pure enlightenment. 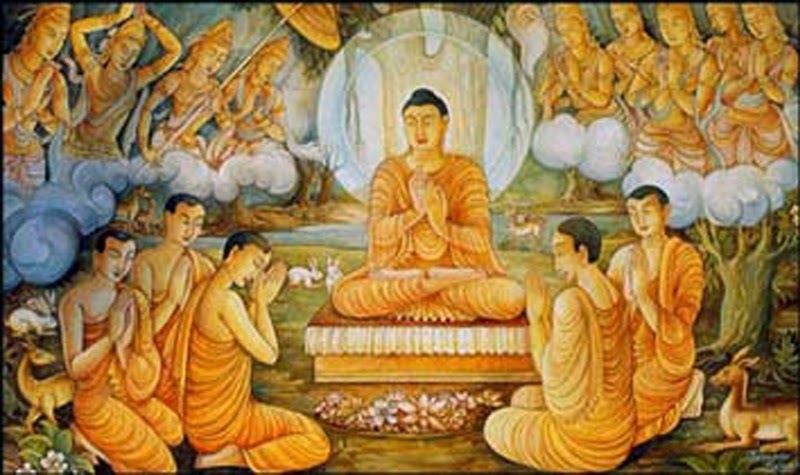 Initially, the Buddha was hesitant to teach his new knowledge to people because he was very sure that what he now knew could not be communicated to others via words. However, a legend suggests that  the king of gods Brahma that time came and convinced Buddha to spread his knowledge to all, and then Siddhartha Gautama left that spot under the Bodhi tree and started working on the instructions of Brahma.

Then, further, he came across the five ascetics he had practiced with for so long about 100 miles away, who had abandoned him on the day of his enlightenment. That time Gautama encouraged all those to start following the path of balance rather than one characterized by either sensuous indulgence or aesthetic extremism. And, he named this path the Middle Way.

He preached his first sermon (henceforth known as Setting in Motion the Wheel of the Dharma) to them as well as all others who had gathered; in those teachings, he explained his Four Noble Truths and the Eightfold Path, which further became the pillars of Buddhism.

Those five ascetics then formed the foundation of the Sangha or community of monks and also became his first disciples. Even women were allowed to join the Sangha, and all restrictions of class, sex, race, and lower background were ignored. Yes, all who somehow had the desire to reach enlightenment through the banishment of suffering and spiritual emptiness considered in the group.

Buddha traveled for the remainder of his years, preaching the Dharma (the name given to his teachings) to lead others onward the path of enlightenment.

Here are Some of the Best Gautam Buddha Quotes 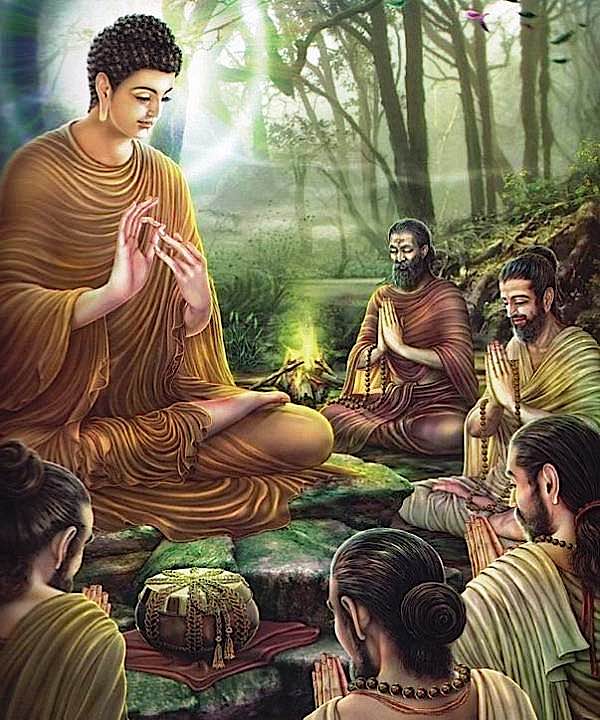 Read these life-changing buddha quotes if you are also looking to be inspired, as all these are full of wisdom and advice for a life well-lived.

1. “In the end, only three things matter: how much you loved, how gently you lived, and how gracefully you let go of things not meant for you.”

Well, I think here Buddha is trying to convey that at the end of life, only these three things matter, and not the money, not the status/class, not a luxury.

Yes, he is telling all of us that whatever we are trying to collect in the name of the reputation, it won’t matter at the end. But how good a person you were during your life and how big giver you were is all matters.

2. “Do not dwell in the past, do not dream of the future, concentrate the mind on the present moment.”

It is known that we all are somewhere in the race of weaving our future, but while doing that, we forget to live in the present. Yes, we forget how important the present moment and present time is.

We should learn from the past and plan for the future, but practically what is important is the present, where the actual action needs to be taken.

3. “You yourself, as much as anybody in the entire universe, deserve your love and affection.”

In simple words, Love yourself the most. Yes. Nobody deserves your love more than yourself. And, most importantly, confidence is built from believing in and loving yourself.

There is a simple concept, how do we expect another person to give us love if we don’t love ourselves? Learn to love yourself before anything else.

4. “Understanding is the heartwood of well-spoken words.”

This is something very important to understand, especially in this life. Because many times we see people and judge them based on our thought-process, even without knowing what situation they are living in, we speak about what we believe. And this way, many times, we hurt others knowingly-unknowingly.

5. “Purity or impurity depends on oneself.”

Whether someone is pure or impure, it depends on the individual. Either you want to be a pure person or impure person, all is in your hands. Your acts what legendaries say ‘Karma’ decided all.

Hence whatever Karma you do, you become that. In all, nobody else can decide that for you because the decision is ultimately up to you.

6. “The mind is everything. What you think you become.”

You may know one proverb that ‘whatever you are seeking is seeking you.’ Well, this is all that Buddha is saying in this quote.

It is your thoughts what further turn into actions, and then those actions become your character. Well, it signifies how power aspect a mind is for a human body. Also, it depicts how much our thoughts are powerful and how they can make us do horrible and incredible things. So the next time when you begin to daydream, remember that this is your future.

We must take care of our physical bodies the same way as we need to keep the spiritual mind awaken and clear. Yes, you read it right! A healthy body is as important as a healthy mind because it just does not work properly without a healthy body to keep it growing.

8. “Just as a candle cannot burn without fire, men cannot live without a spiritual life.”

Both to Buddha and his religion of Buddhism, Spirituality is important. Moreover, Buddha believed that an individual couldn’t live without any existence of spirituality in life.

How Did Buddha Die? 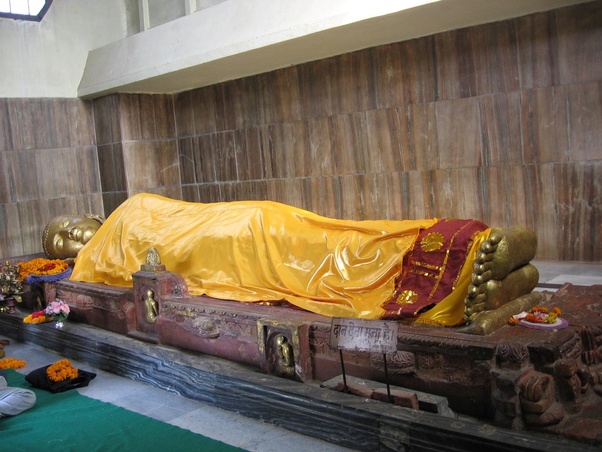 After altering the lives of many, around the age of 80, Buddha died, possibly of illness from eating spoiled meat or other food. It is said that he told his disciples in his last time not to follow any leader, but to "be your own light."

Undoubtedly, the name of the Buddha comes under the list of the most influential figures in world history. And, ranging from a variety of other faiths (as many find their origins in the words of the Buddha) to literature to philosophy, his teachings have inspired many people both from India and several places across the world.

Even today, near about 350 million people from all over the world adhere to Buddhist beliefs as well as practices.

We have seen how magnificent was the life of Buddha and how useful the teachings of Buddha are for us, especially in this fast selfish life we all are living.

15 Interesting Facts About Stephen Edwin King to Know Him Better