This is the story of 33-year-old Anton Savchuk from Russia who is a common man like us. But his work makes him different. And that is his mission to better the lives of pensioners and war veterans by renovating their apartments for free. Have a look! 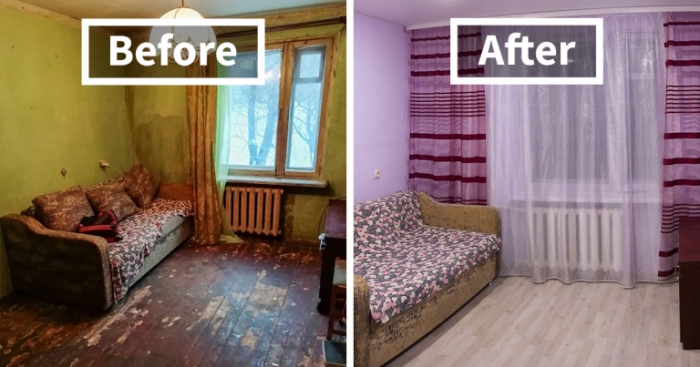 “Sometimes it takes only one act of kindness and caring to change a person’s life.”

And, this Russian guy is living proof of that as he is doing the same thing. He is not only doing something good but also changing someone’s life with his good deeds.

Yes, here we are talking about ‘Anton Savchuk’ who lives in Russia and is on a simple mission to better the lives of pensioners and war veterans. He is not at all a millionaire but surely a humble construction worker who renovates the homes of these forgotten citizens.

What Inspired Him to Start this? 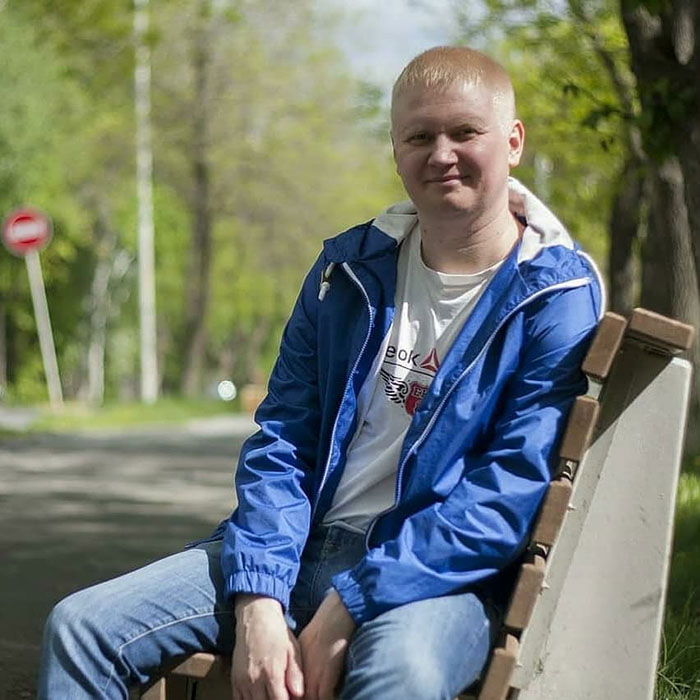 The 33 years old professional builder Anton Savchuk lives and works in Yekaterinburg, Russia. He says that it is his hobby to help people. In his spare time, he does renovations for free for those who can’t afford it. He tries to help all kinds of vulnerable old people, but he has a special place for war veterans in his heart.

Also, he uses his own money to buy all the construction materials and furniture for the work. Moreover, other people like him, who want to make a difference, contribute a small part of his expenses.

In an interview with Bored Panda, he said,

“When I was watching TV, I noticed how poorly some of the people who get medals or gifts from officials live. I thought, How can it be that people who have done so much for our country have to live in such poor conditions. Even officials usually only remember them once a year on Veteran’s Day.”

“These people are living far from good and it really bothered me. People with disabilities live in similar conditions. If my project lives on, I’ll include struggling teachers and doctors as well.”

“I had to spend some time to find those who might need my help. I visited different departments of veterans’ and disabled people’s affairs but they told me there that these people lived fine and that they needed nothing. But it just so happened that people in need started calling me themselves. Currently, I receive many requests, but I can’t help everyone because I don’t even have a sponsor so far.”

How He Finds Such People? 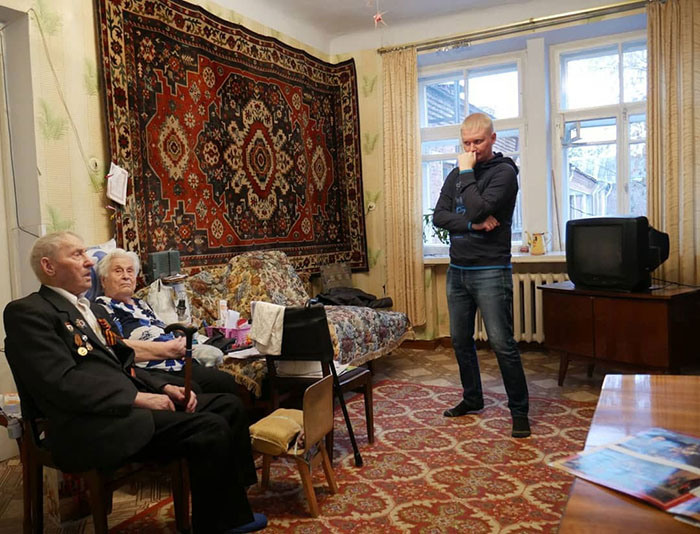 There is one very different way Anton uses to find those in need. Many of these people write to Anton on social media, and others Savchuk himself finds via the city department of veterans’ and disabled people’s affairs. Also, two assistants of his help in finding people in need. One of them works on a permanent basis, and the other one is a freelancer.

Moreover, Anton asks the owners what expectations they have before he begins to do a renovation. He not only repairs the ceiling, the walls, and the floor but also buy veterans new furniture if their old stuff is in really poor condition.

Also, he mentioned that the people he helps are really good people, else he wouldn’t work for them.

While talking about what houses he renovates, he said,

“We renovated a home that belonged to a veteran of the Second World War which consisted of three different parts, a disabled person, a tram driver, and another veteran who fought in the Siege of Leningrad.”

As we mentioned earlier as well, Anton is not a millionaire. Plus, he is running out of money, so obviously he needs some sponsors to help him continue the effort.

“When I started the project, I had some money that I’ve saved up before. At first, I spent about $1,500 but then I realized that the work I was doing wasn’t enough.”

“The last renovation that I did was the most expensive one. I want to find somebody who could sponsor the work but for that, I probably need more followers and views. Currently, I’m not sure if I will be able to continue my project or not because it relies on my money that is quickly running out.”

Although, few people helped him with a few of the projects. While talking about the duration of one renovation, he said that to complete one renovation, the three of them usually take 2 to 3 weeks.

“We paid 99% for the first three renovations.”

“Then, some people started sending donations but there were very few of them. We even got a couple of donations from the USA, Canada, and Europe and even though these were rare cases, it really struck me.”

Later, Anton mentioned that he never thought this could’ve ever happened. However, he said the donations, even in small amount, inspire him to work more.

“Usually, people send some money for work supplies, coffee, or tea (they say so in the messages), but even though it’s mostly a few dollars, it’s incredibly nice. Every little bit helps and inspires me to continue. It makes me realize I’m not alone in my quest.”

His Family Also Supports Him

While talking about the support of people, he said that many of his friends don’t understand him but, still some people support him which include his father, mother, and brother. Also, he mentioned that this work gives him utter pleasure and also there are no difficulties when it comes to his job.

Also, he stated his dream of doing full and expensive renovations with furniture and home appliances being replaced. However, it’s just a dream, he later said.

Some of His Works

Look at the before and after pictures of his apartment. 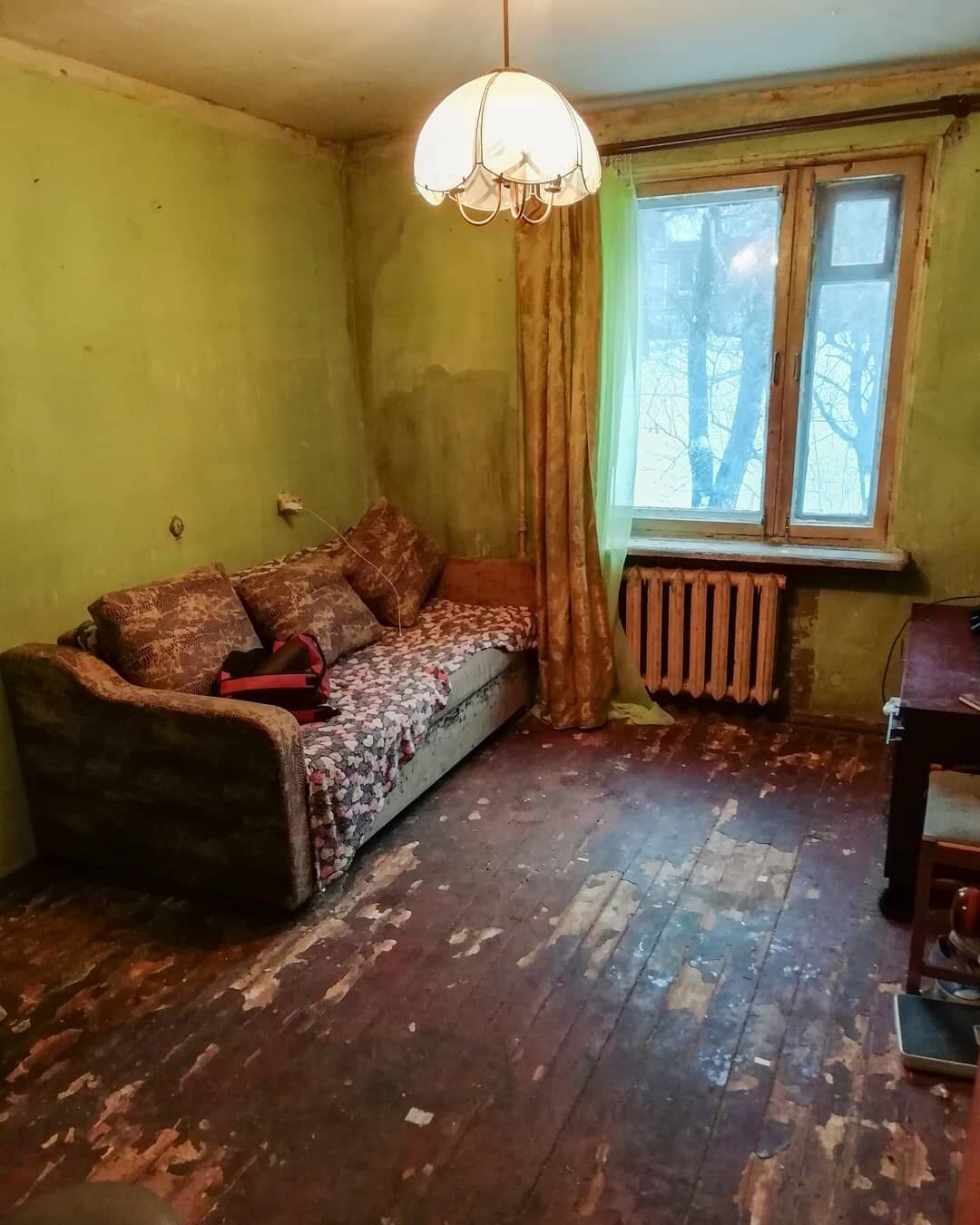 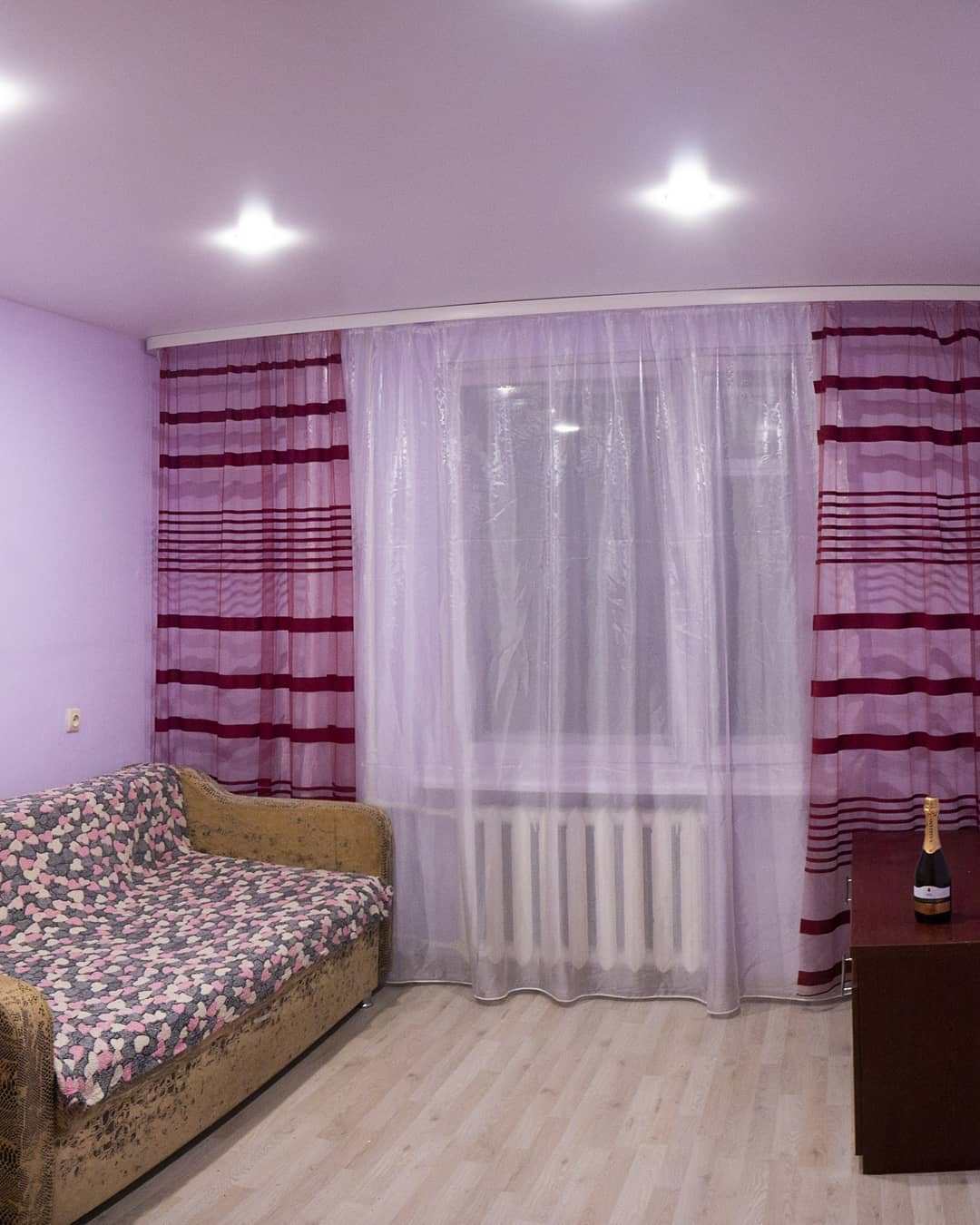 Valentina Isaevna is a 71 years old lady who has been disabled since childhood. Have a look at before and after pictures of her apartment. 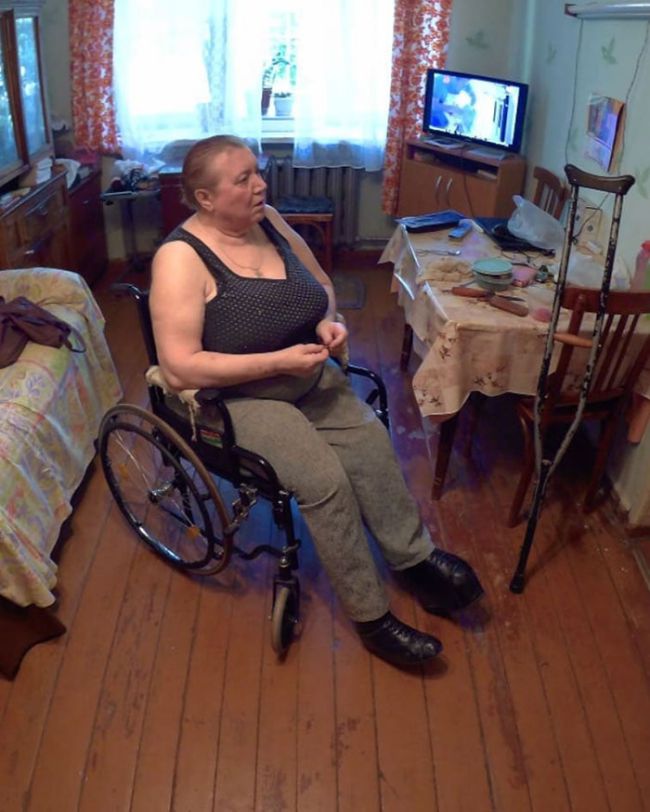 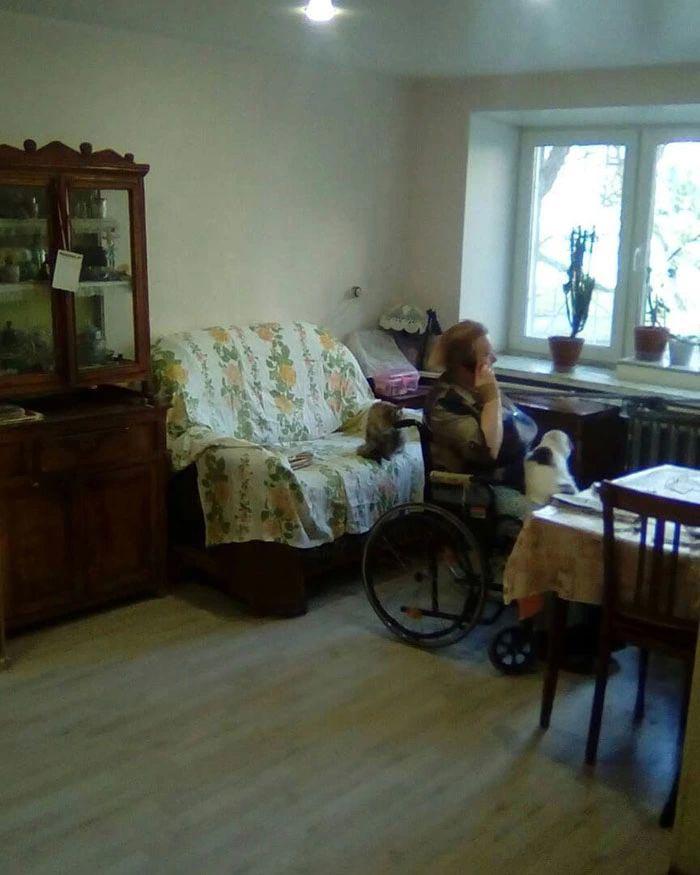 It’s been over 60 years since veteran Vasily Fedorovich and his wife Tamara Aleksandrovna are living together. Take a look at the photos of the apartment when Anton visited it. 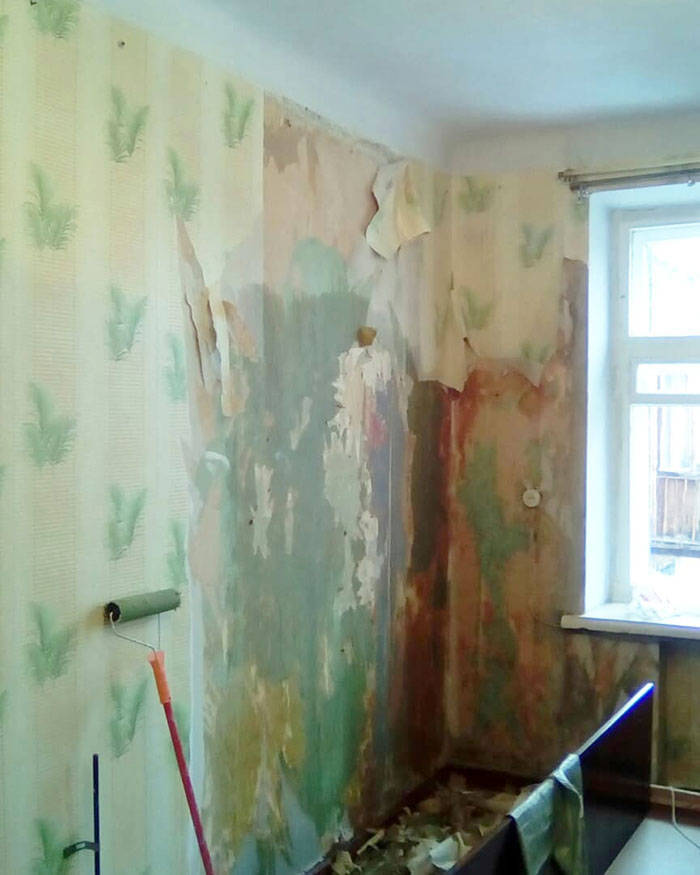 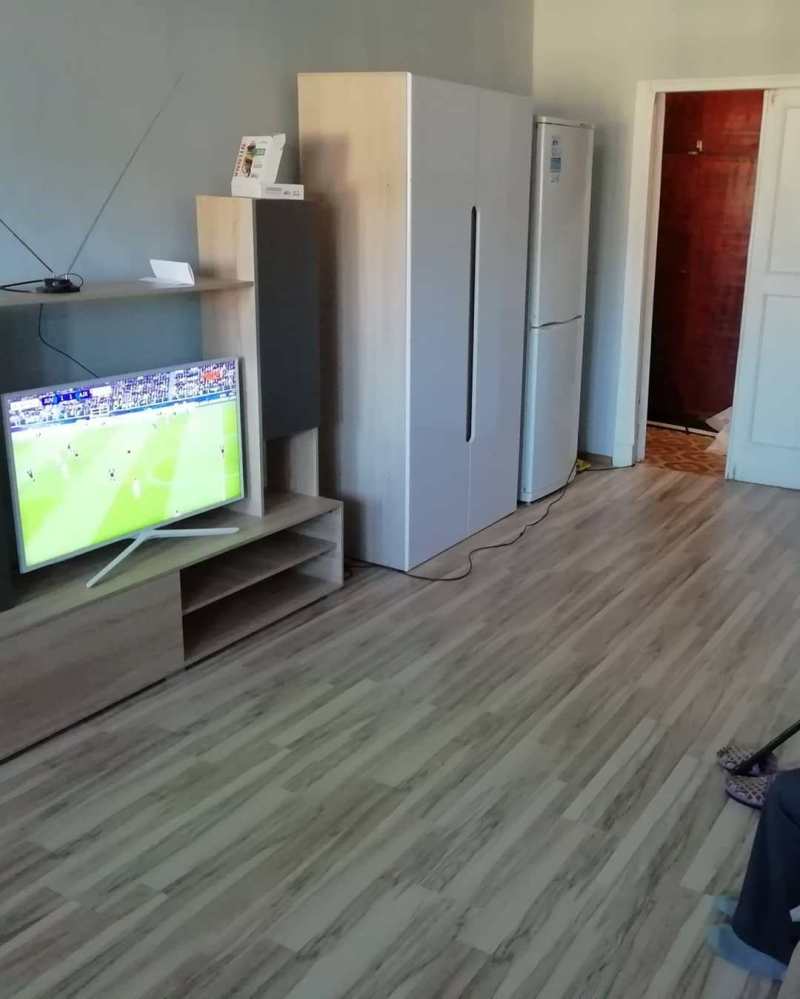 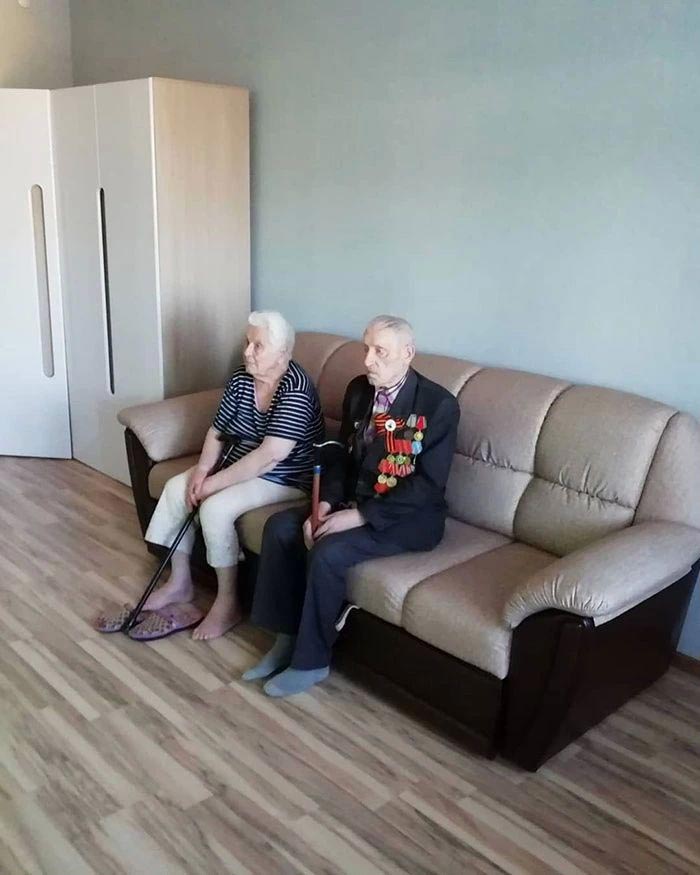 Tatyana Ilyinichnam will soon celebrate her 80th birthday. She had survived the Siege of Leningrad. Pictures of her place before & after renovation are: 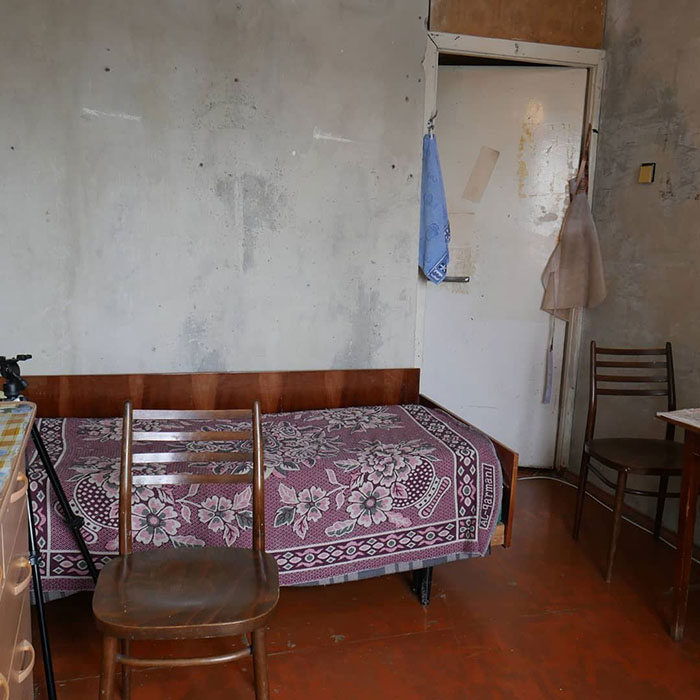 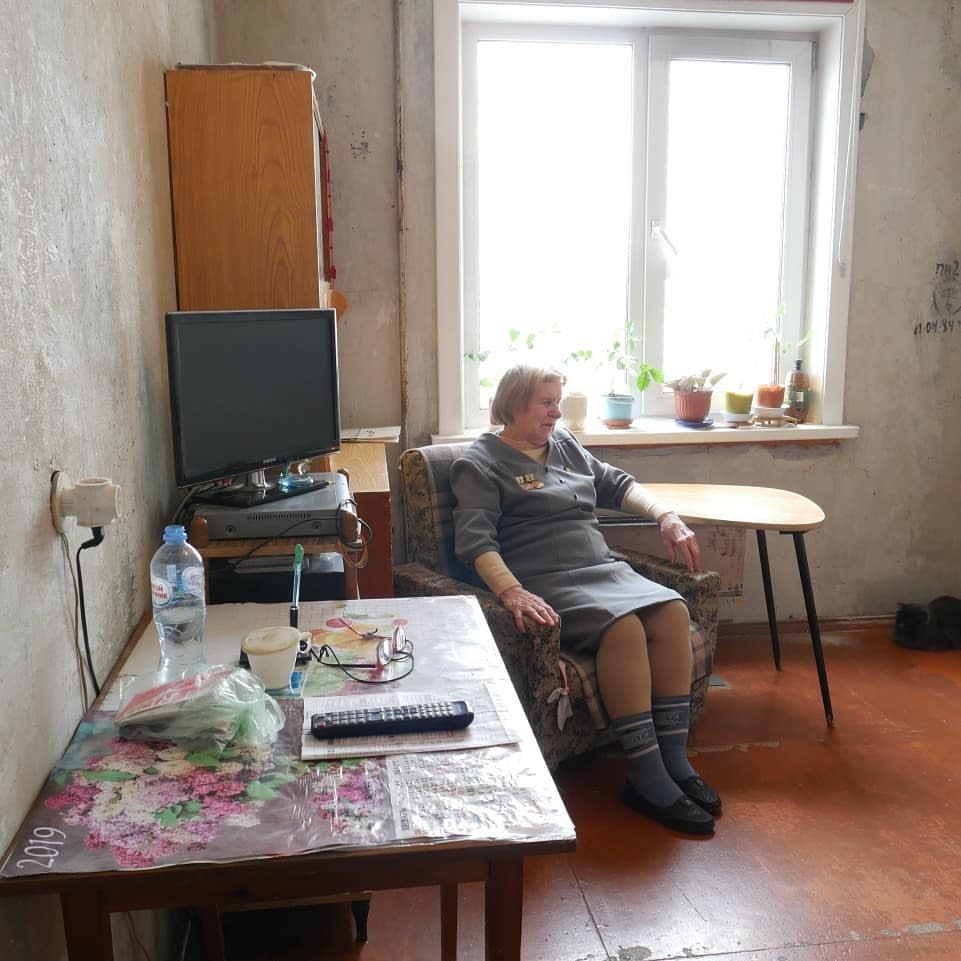 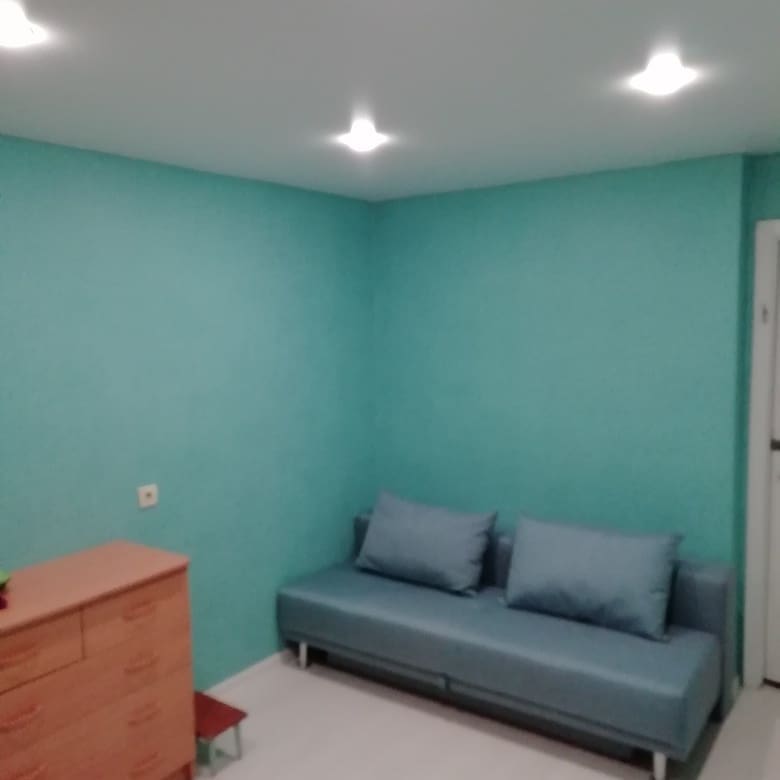 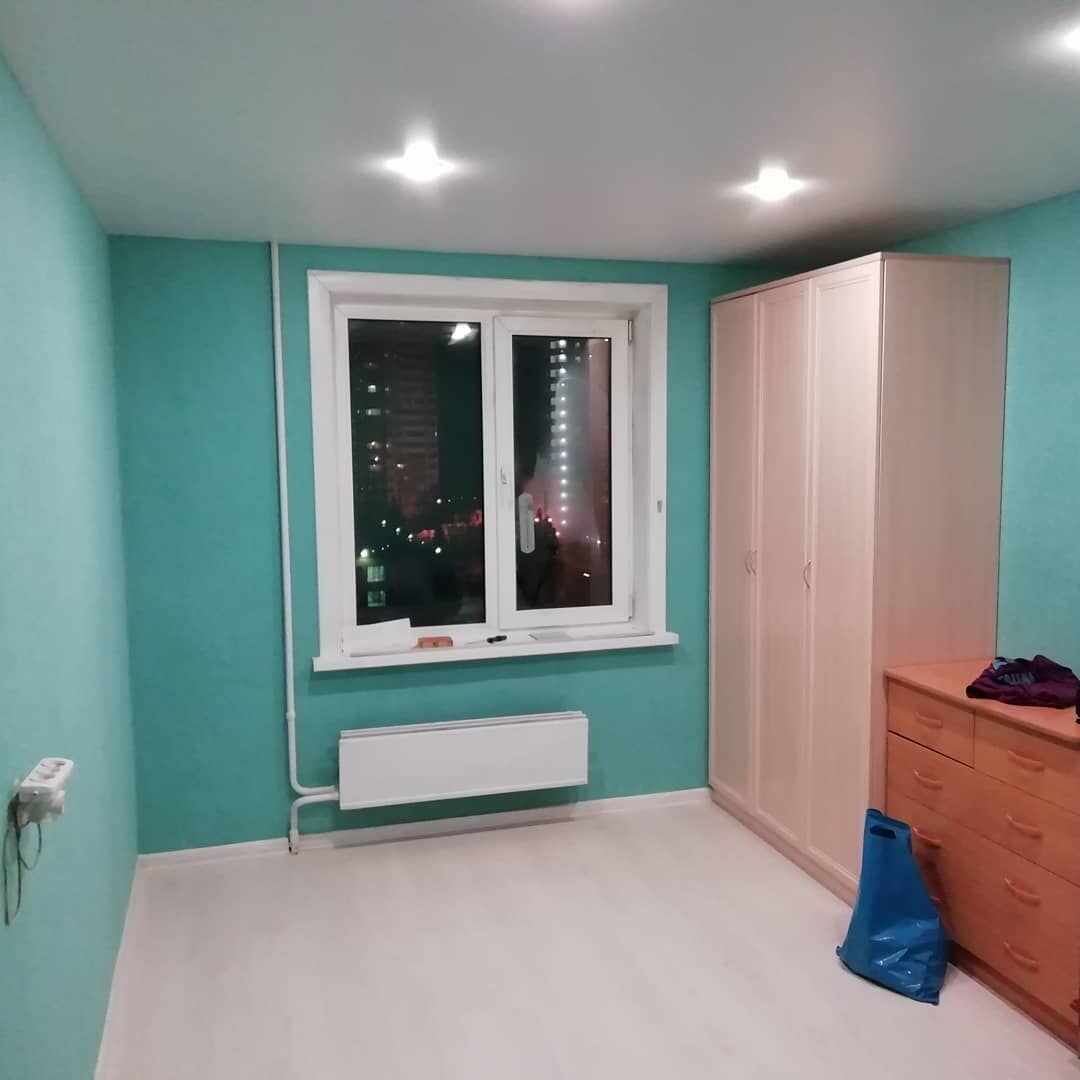 Well, this story of kindness is not for entertainment but, a good example for all of us that doing good deeds isn’t difficult or isn’t about money- you have to care about them, and you will find sources.

Overall, it’s enough to extend a helping hand to those who are in need, to make this world a better place exactly like this Russian guy.

“Think of giving not as a duty but as a privilege.”
- John D. Rockefeller

Teen Drops 10 Stone, Says Insta is Behind her Inspiring Transformation