If you have millions of dollars in your bank then, what would you spend on it? Something functional or just random stuff like Kim Jong-un. Look at the extravagant lifestyle of this Supreme leader of North Korea. 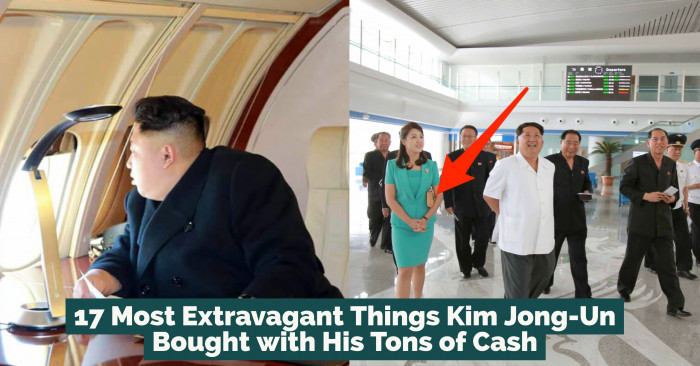 Kim Jong-un! The Supreme leader of North Korea and a famous personality has been shrouded with tons of cash and enjoyment.

Headlines have also been some rife about Kim’s lavish lifestyle. Well, there is one secret that almost every rich person knows, that how to uphold the status and enjoy the life. But, it seems like Kim took this statement to another level.

You will get amazed to see the extravagant lifestyle of Kim, this guy has tons of cash in his pocket and he can do whatever he wants to do. His list of shopping items will leave you in shock for sure, some are really extravagant and some are like really ridiculous, God knows why even he bought some of them! Here are the 17 most expensive and shocking things Kim Jong-un bought. (12.1) 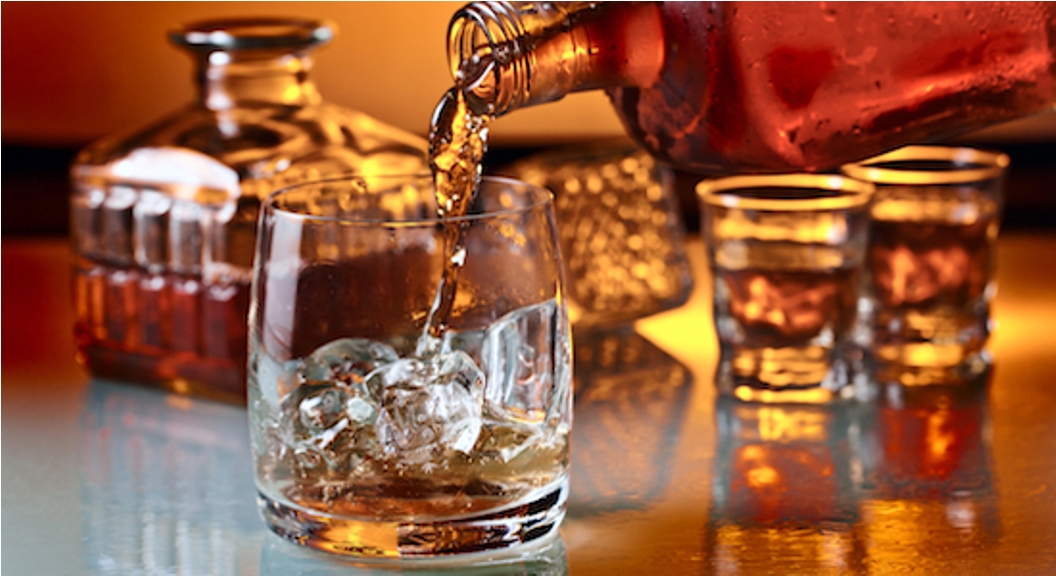 It's quite obvious that the famous personality like Kim Jong Un will not go to a local store to buy a local and regular alcohol, right? Instead, he reportedly spends about $30 million each year on importing the best liquors into the country for himself and his best buddies and formal circle. He really likes whisky and cognac and prefers to buy the expensive drinks only. Often the famous personalities tend to import their stuff from branded counter instead of buying from a local store. Kim Jong Un is no exception. Reportedly, He’s likely to have only French designer cigarettes, he mostly prefers the yves saint laurent cigarettes which cost around $44 (£31) per pack followed by a luxurious leather case. 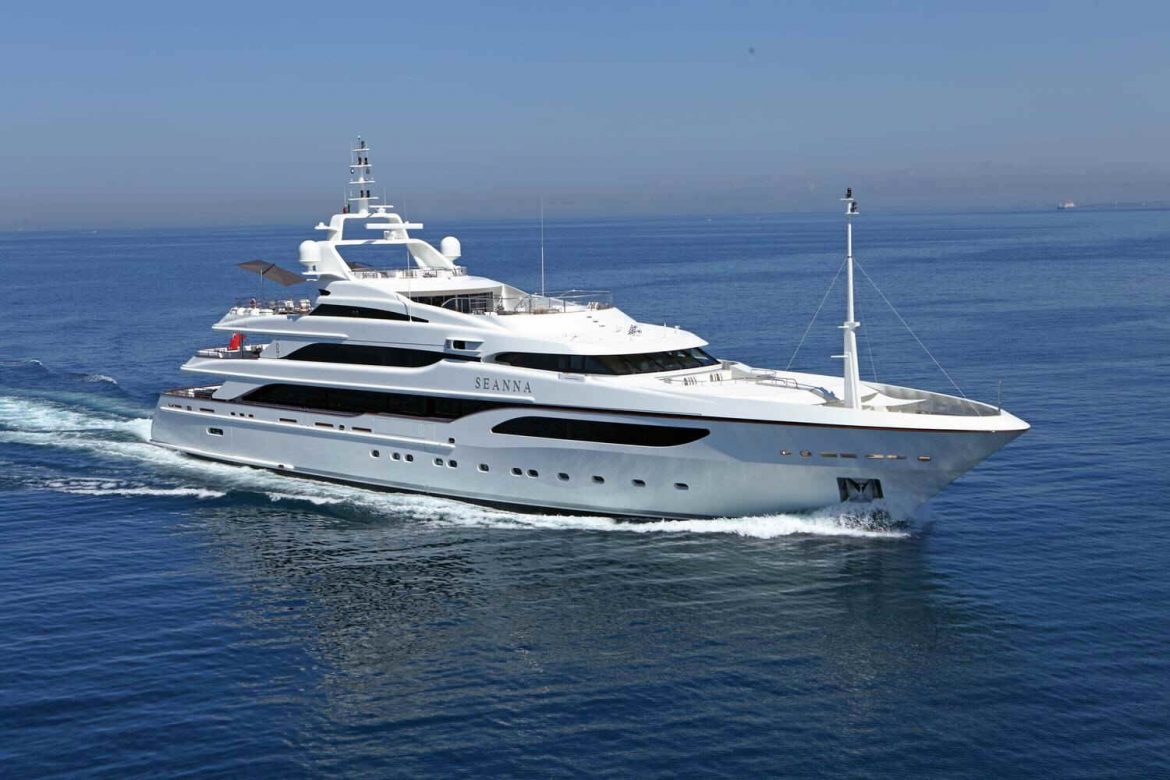 Owning a private yacht is the dream of many, you will get amazed to know that Kim Jong-un is the proud owner of a 200-foot yacht cost around $8 Million. One of his friends describe the yacht and said that it was a cross between a ferry and Disney boat”. Isn’t it astonishing? 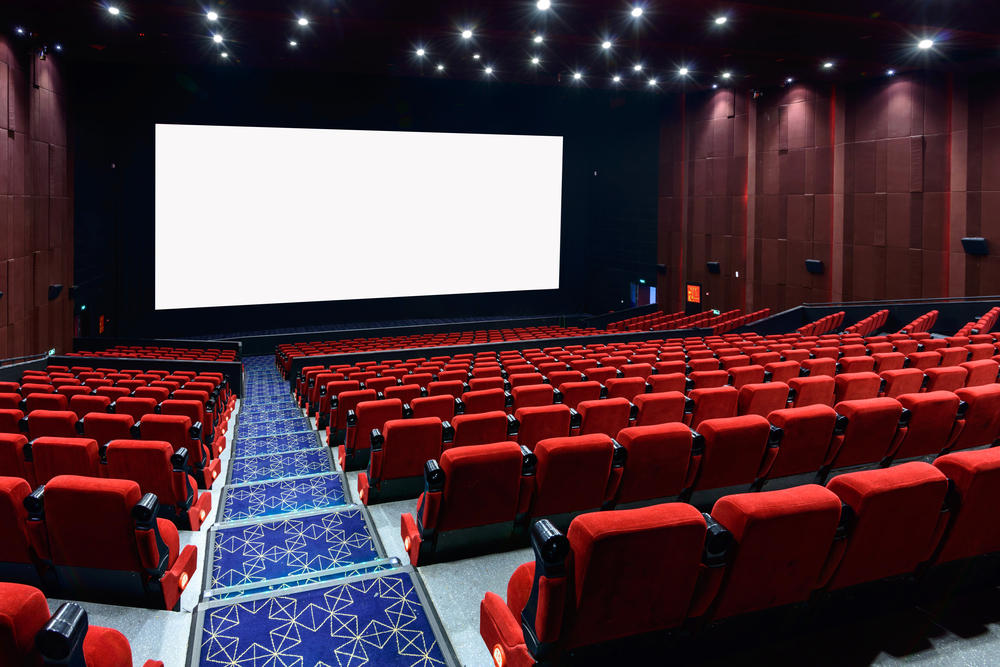 Seems like a branded TV and a comfortable couch is not a style of North Korean dictator Kim Jong Un. Yes, instead he likes to watch movies in his huge and luxurious movie theater. There are many rich people who want to buy lavish home theatre but, the idea of Kim Jong Un is all set to beat everyone. He is a proud owner of a private luxury cinema hall that has a capacity of around 1000 seat. 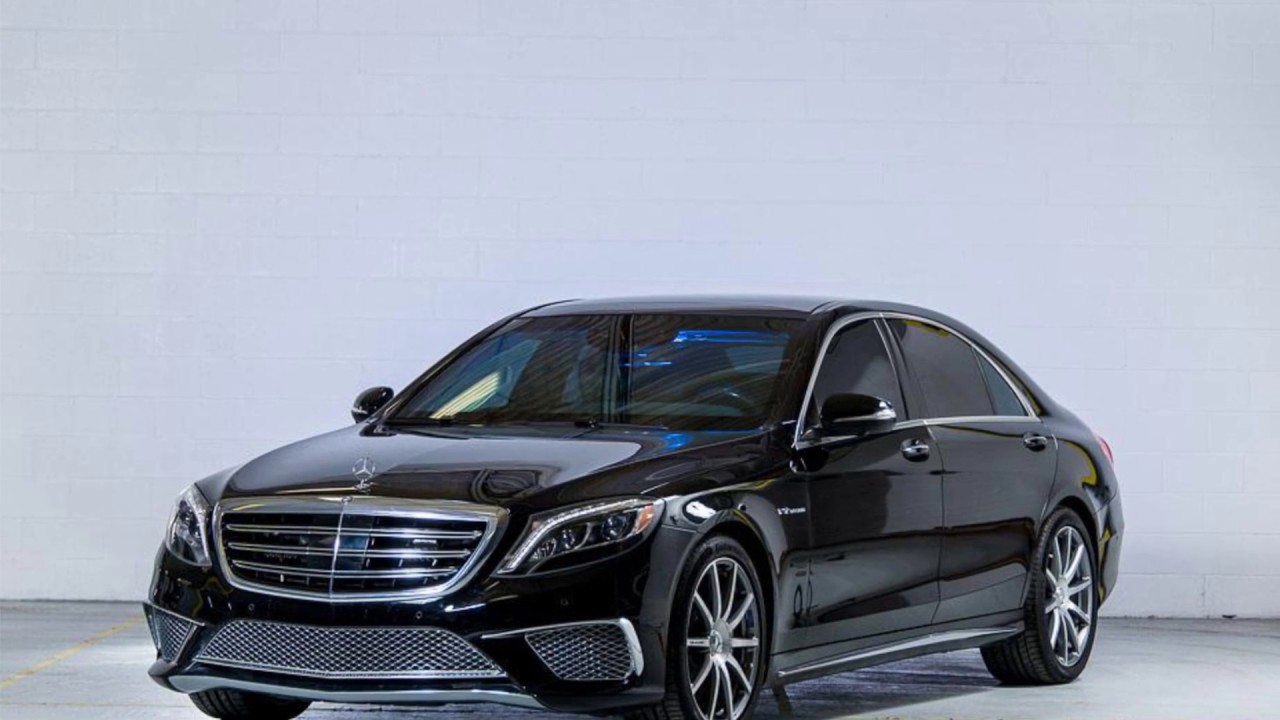 Certainly, Kim is one of those big personalities who is not only feared by many people but also there are the majority of citizens of his country who dislike him. This is the reason he bought an armored car for state visits. This lavish and customized Benz S600 is valued at a cost of $1.7 million (£1.2M) because of its highly protection-tech features. 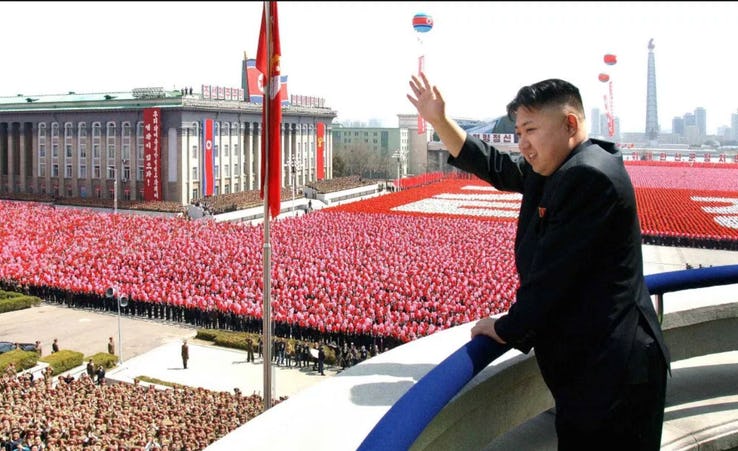 There are many people who want to know that “Where does Kim Jong-Un live?” But, it is quite a hectic task because the guy is a proud owner of 17 different palaces and along with the palace he also has his own private island. I mean you can  believe it about 17 palaces and a private island, isn’t it seems like a dream? 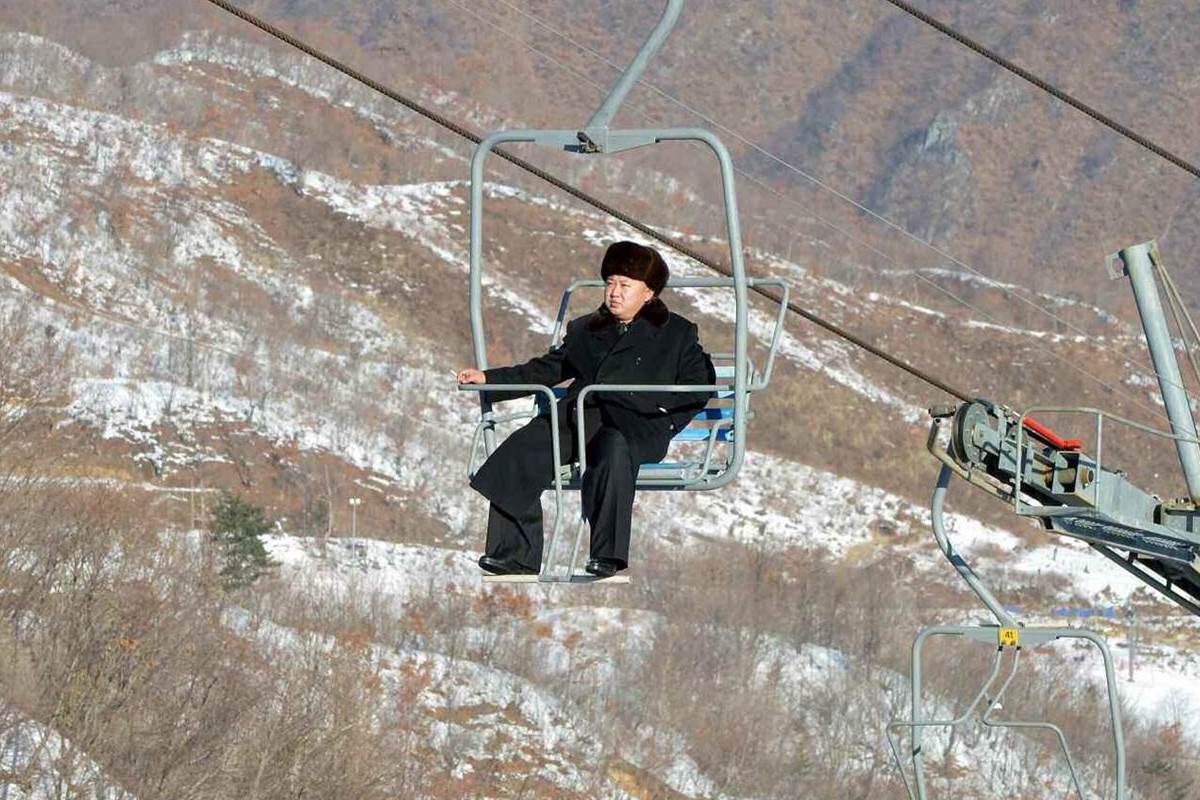 It is pretty interesting to know that Kim is a huge fan of the sports and he just loves to play and participate in an adventurous activity, maybe this is the reason now he is the happy owner of this resort, equipped with various sports zone. Although, the cost of the resort is around $35 million (£24M) which is like many many bugs! 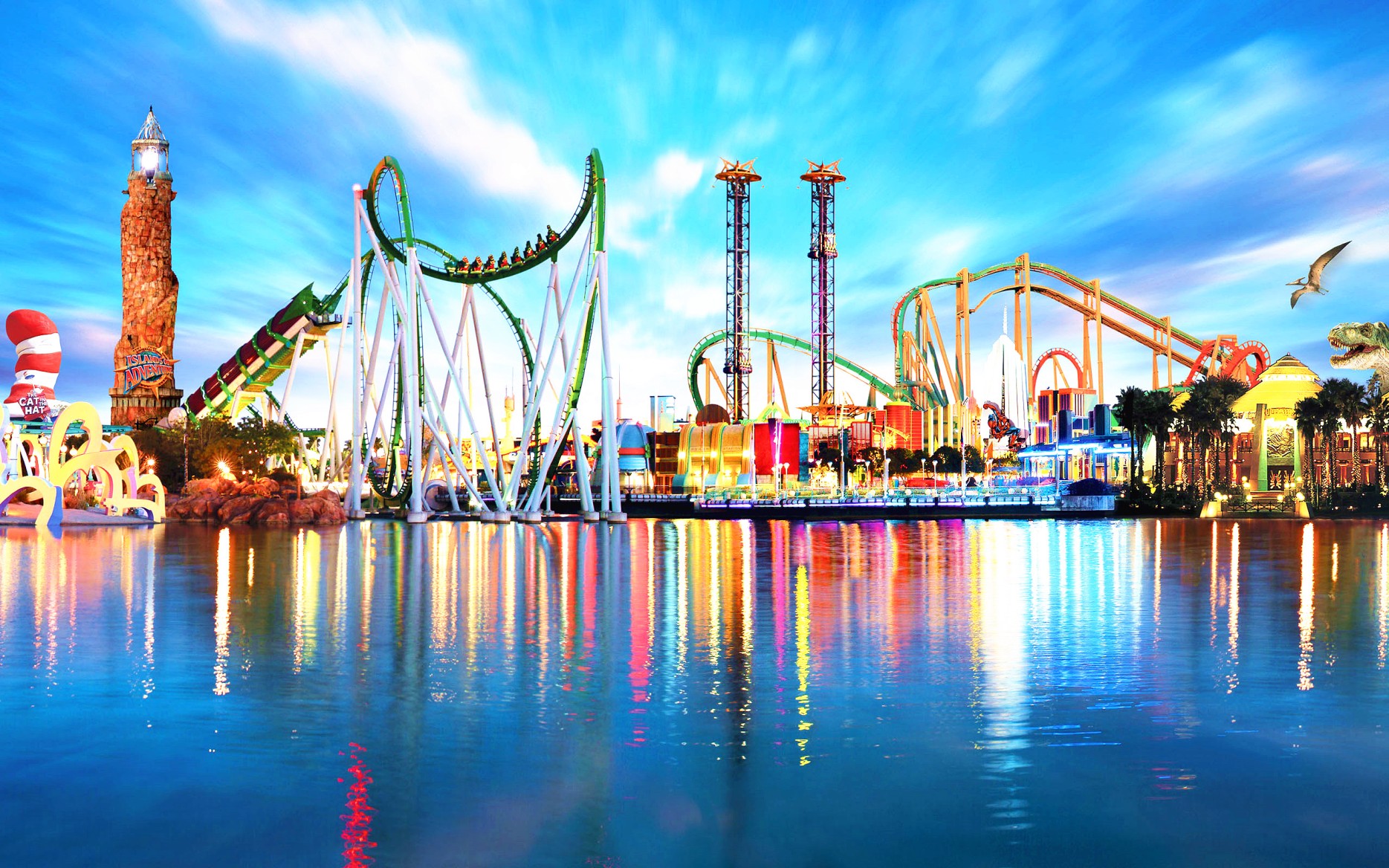 Whether it is about amusing adventurous activity, rides or just he wants to unleash his inner child, whatever the reason you consider it seems like Kim just loves to explore theme park. That is the reason, he commissioned the development of the Pyongyang amusement park and the Munsu water park for $100 million. 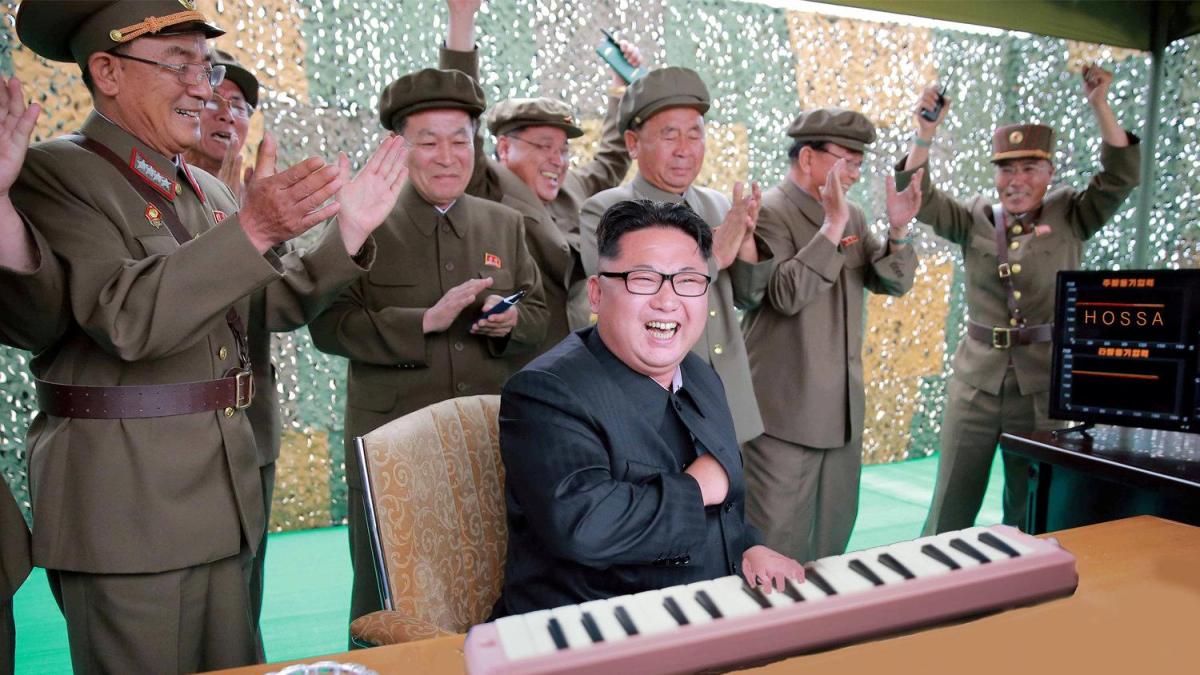 What will you do if you have a lot of money and wants to buy the piano, obviously you will buy one piano right? But, Kim has some different opinion about it. He actually owns 30 pianos, can you believe it? I mean why would anyone possibly want so many pianos, well only Kim can answer this question. Maybe 2 piano for one palace, that is how he was thinking maybe, hilarious it is! 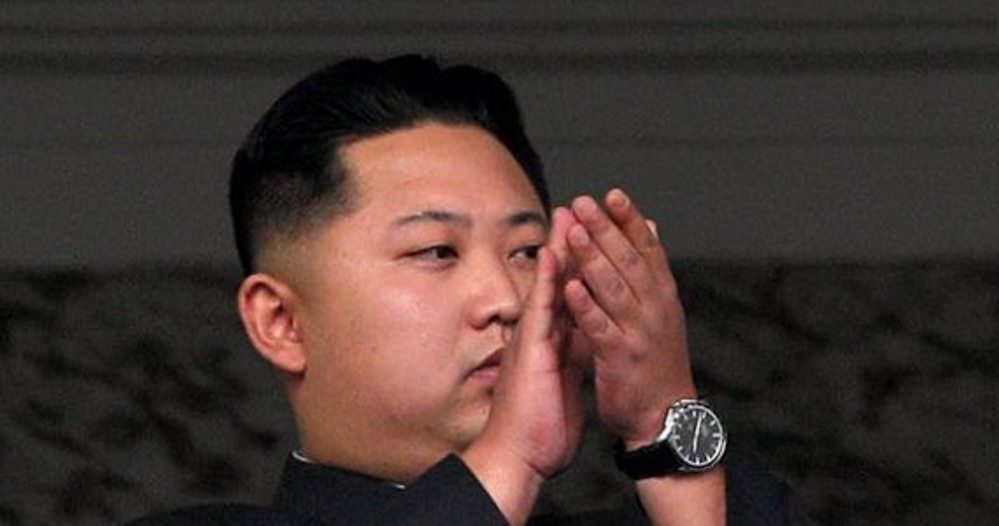 Barely you will see Kim without one of his luxurious and branded watches. This guy has a huge collection of expensive watches that are actually worth $8 million. Well, his job role is like that only, often he needs to move from one country to another so, we are not surprised this time to hear about his watch collection. 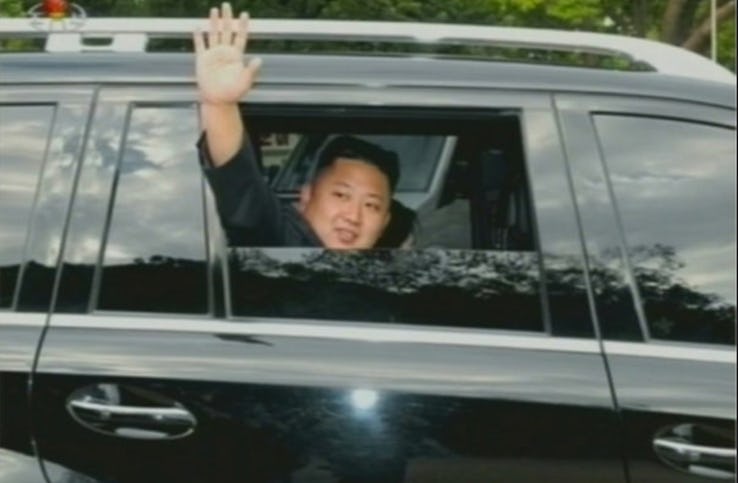 It's quite common to own a number of cars if you a rich and a famous personality right? But the count of Kim’s car will shock you like anything yes, he has 100 cars. I mean who bought over 100 cars. It is another level of richness. Although his favorite car is Mercedes Benz. 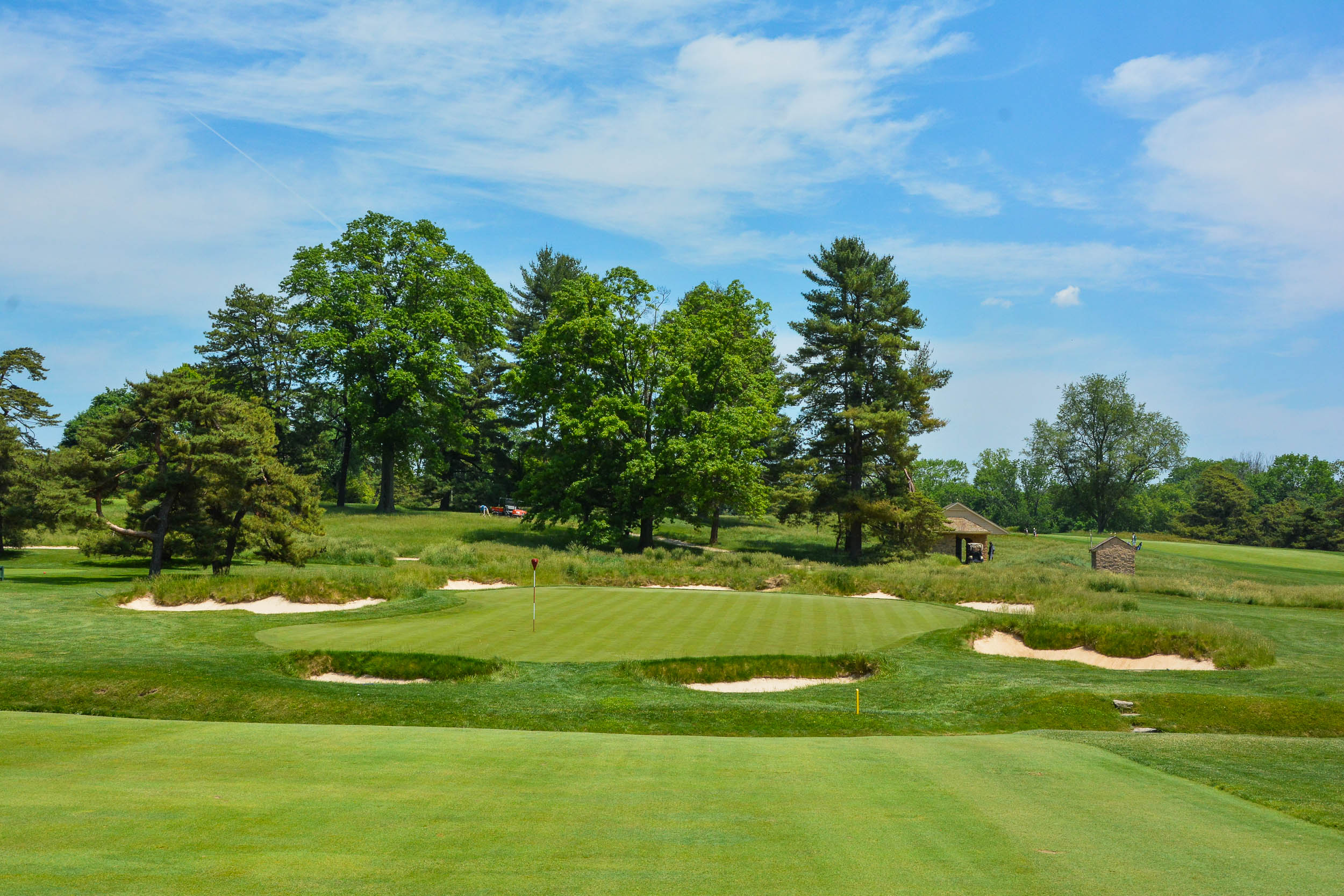 Kim Jong-un's father once claimed to have sunk eleven hole-in-ones on one of his golf courses. Apparently, Kim Jong-Un has carried on his father's legacy of upholding and buying top-quality private golf courses. Well, this hobby is one of the lavish,  the golf course costs around $3 million. 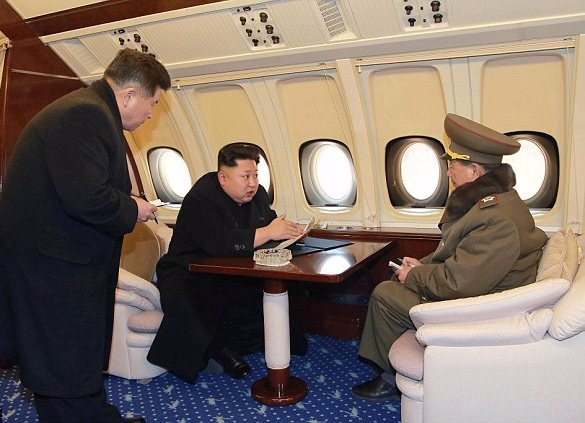 One of the dreams of many rich people is to own a private jet. Well, you will get amazed to know that Kim Jong-un has a private jet known as "Air Force Un. Yes being a supreme leader of the country actually includes some perks also and we guess this is one of them. The plane has crystal ashtrays and leather couches; cost around $1.5 million. Said Sources. 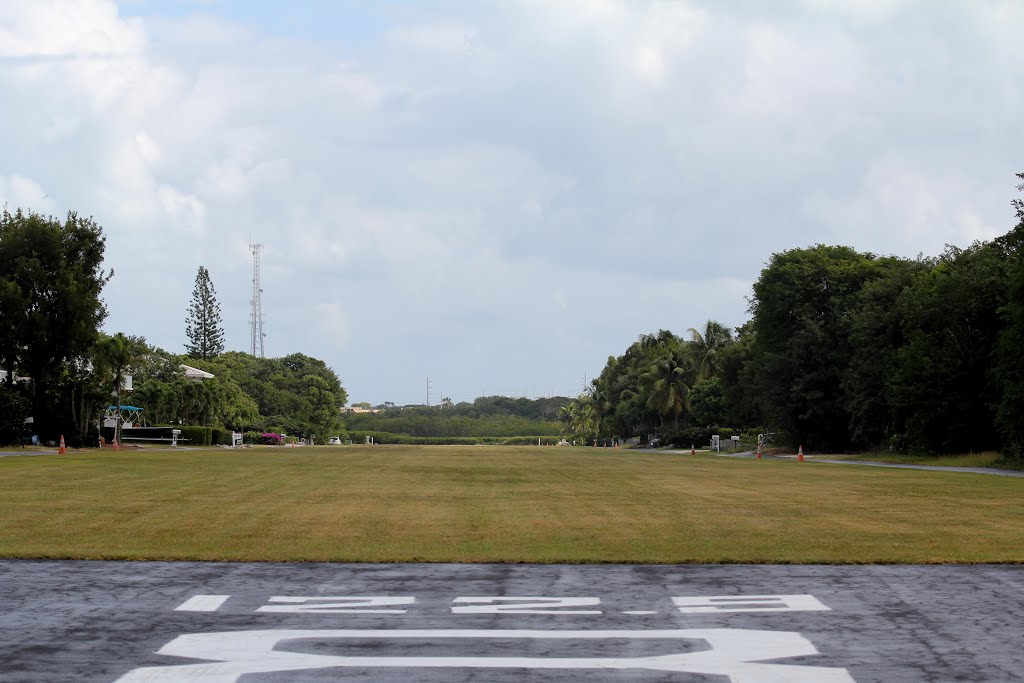 Seems like, having a personalized private jet was not enough for the supreme leader of North Korea. After buying his private jet, he immediately starts planning for his private runway and spends millions of bugs to build private runways besides his multiple palaces to boost his comfort zone.

We guess private cinema hall was not enough for Kim that’s why he started building his massive collection of DVDs. Despite it being illegal to import films in North Korea, Kim has an outstanding collection of 20,000 movies on DVD. He usually likes American classic films such as Rambo, Godzilla, Friday the 13th, etc. 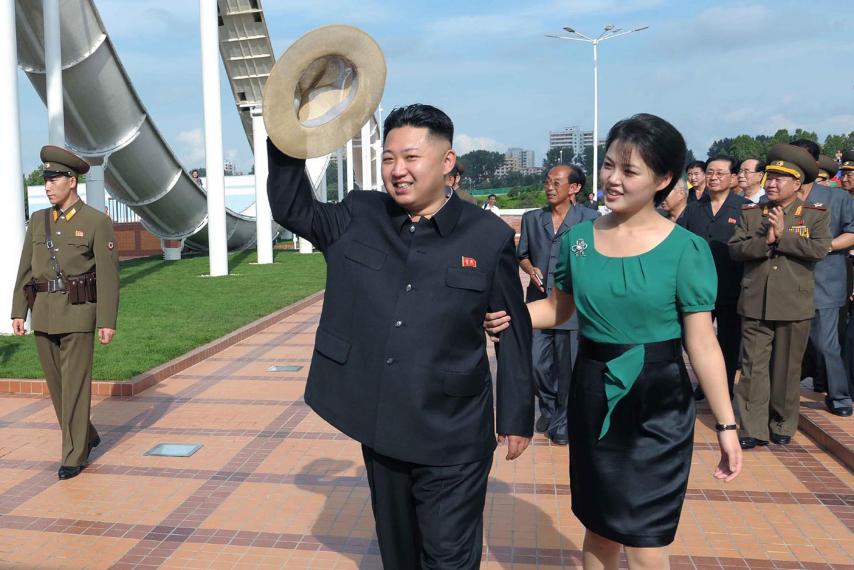 Of course, he is a happily married man and there is nothing to surprise about if a husband gifts something to his beloved partner, right? But, one thing which can shock you is the cost of the gift yes, Kim is known to give his wife some really expensive presents. Once he gifted a Christian Dior handbag to her wife which costs around $1,500, more than the average income of North Korean. It is really insane! 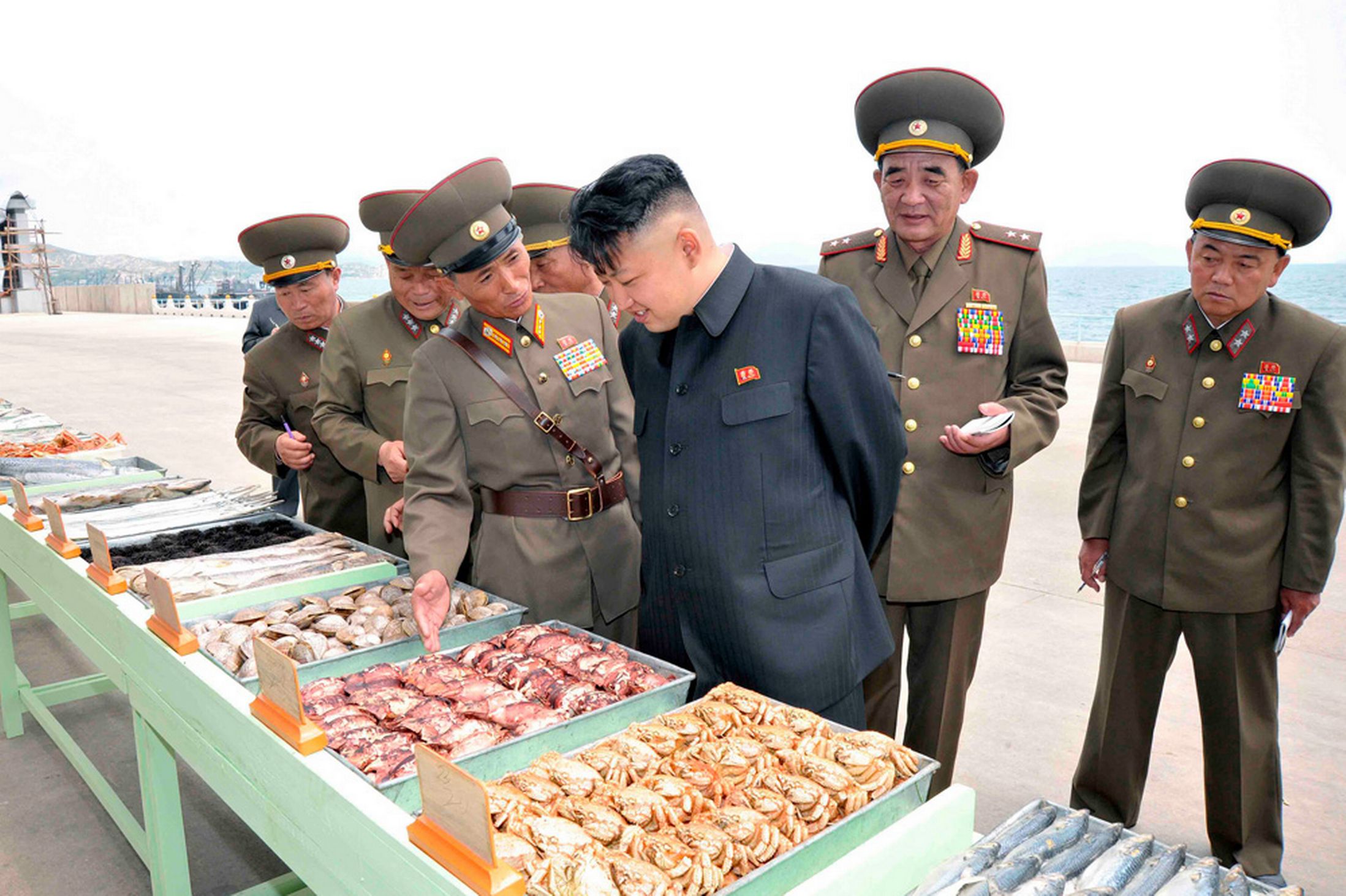 It's no secret that Kims loves to spend money on some expensive and lavish stuff for his own enjoyment and happiness. So, how can he miss food? Kims truly never care about expense when it comes to his diet. He used to order top quality of pork from Denmark, caviar delivered from Iran and lot more. Well, the approximate figure he spends on his food is not yet estimated but we guess it would be in millions.

This is like a huge list of his amusement stuff, still can't imagine how he managed to buy a huge range of such expensive stuff. It is like quite surprising!