Adolf Hitler was one of the worst dictators of the 20th century. But do you know he twice failed the exam of the Academy of Fine Arts in Vienna?

When it comes to history, you must have read about historical places, the royal stories of the Kings and Queens, and written documents. History is incomplete without mentioning the history’s most criticized figure, Adolf Hitler. He was a German politician and a leader of the Nazi party. He was born in Braunau am Inn in April 1889. But his death remains a subject of controversy.

In 1994, while living in Munich, he managed to enroll in the Bavarian Army before renouncing his Austrian citizenship in 1925, and then become an official German citizen in his 30s. Initially, he aspired to become an artist but failed in the entrance exam of the Academy of Fine Artist in Vienna. Unfortunately, he failed to become an artist and experienced financial consequences.

He was accepted into the Bavarian army and served in the infantry at the Battle of the Ypres. From his cocaine addiction to cat phobia, several facts about Hitler are not known to everyone. He is the most infamous villain who had committed crimes in human history.

Do you know he was temporarily blinded in a mustard gas attack on October 15, 1918, during WWI? Let us know more facts about Hitler that you might not have read in school books.

1. He Never Visited Any Concentration Camp 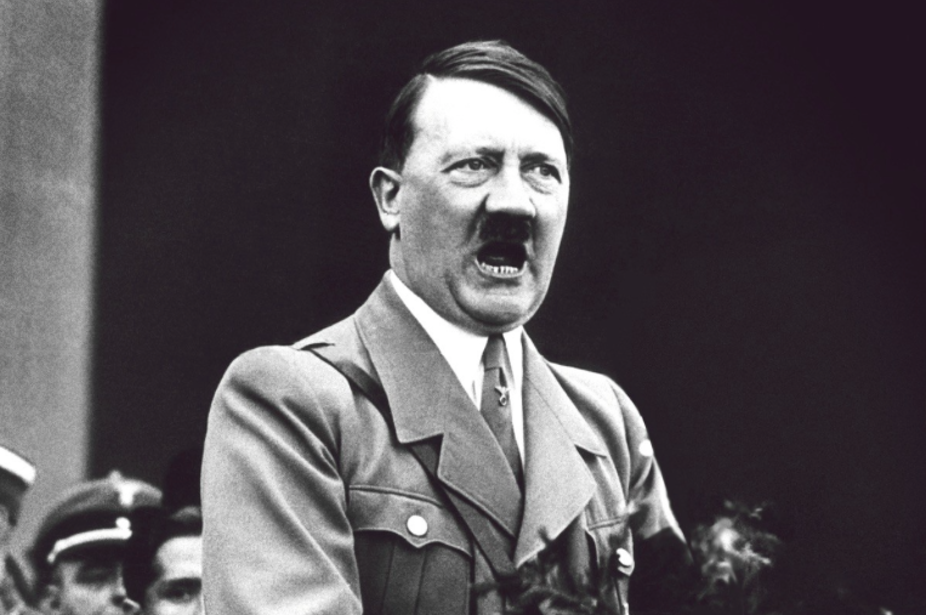 The camps tortured union organizers and political opponents. During WWII, these became the places where ordinary people and formerly called as racially undesirable minorities, were enslaved, tortured, and murdered in numbers. 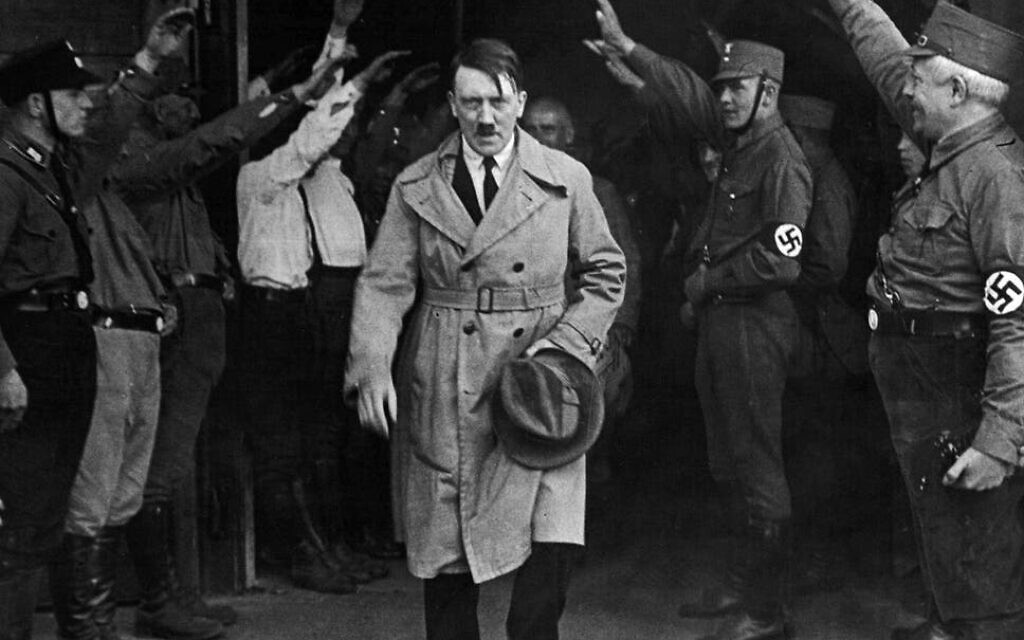 When the French PM Eduoard Daladier and Mussolini attended a conference in Munich in September 1938, the British Prime Minister Neville Chamberlain appeased Hitler and convinced French and British politicians to accept Hitler’s territorial claims and for the assurance of no further aggression from Germany in the agreement called Munich Agreement.

Due to the Munich summit, he was selected as the Man of Year by the magazine in 1938. Hitler was also nominated for the Nobel Peace Prize by a Swedish legislator. He intended it as a joke that a few people found it amusing. In 1936, a German journalist and a critic of Hitler was named as the winner of the 1935 peace prize.

This prize was seen as a censure of the Nazism and an insult to Germans. The nomination was withdrawn, and he banned Germans from accepting Nobel Prizes. The three Germans who won the Nobel prize decline their awards. However, they later received the diplomas and medals.

3. Three of his Siblings Died During His Childhood

Do you know Hitler had six siblings? Four out of six of his siblings died before he turned 25. He was the 4th child. Paula Hitler was the younger sibling of Adolf Hitler. She shared her brother’s German nationalist beliefs but was not active and never joined the Nazi Party.

She was the last surviving member of Hitler’s family and was buried in the Bergfriedhof in Berchtesgaden. His sibling Ida Hitler died when she was 15 months old. His other sibling Gustav Hitler died when he was two years old. Otto Hitler died the same year he was born due to Hydrocephalus.

4. He Suffered from Several Health Issues 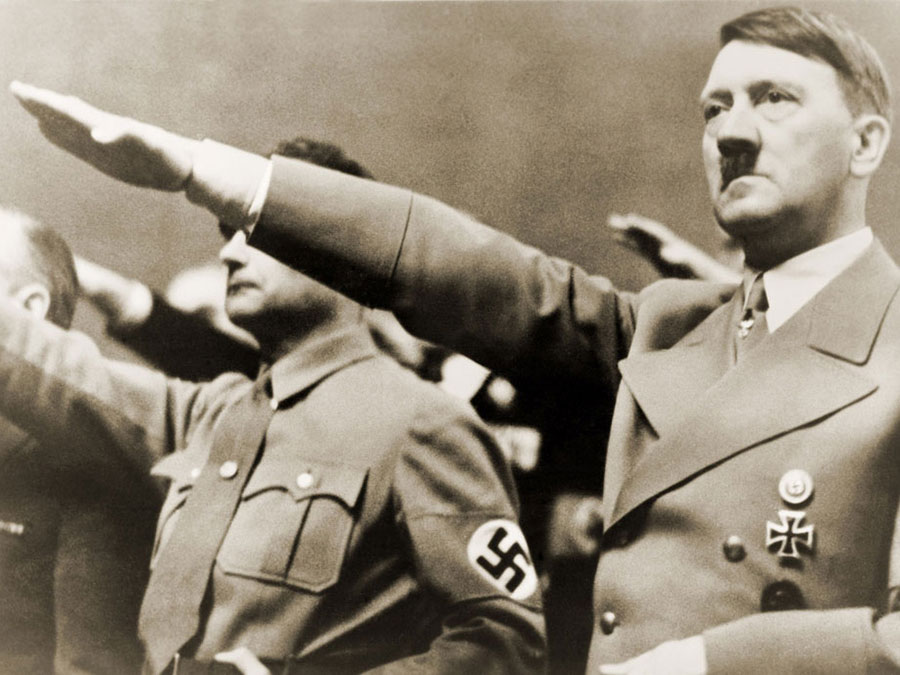 Some historians revealed that Hitler was diagnosed with syphilis, Huntington's disease, and Parkinson’s disease. It was also reported that Hitler had Monorchism, a medical condition that has one testicle. Furthermore, he also suffered from bowel syndrome, coronary arterial, borderline personality disorder, and cardiac dysrhythmia. He did not experience pathological delusions and was aware of his diseases.

He stopped drinking alcohol and turned vegetarian but occasionally drank beer and wine at festivals. During his adult life, he smoked nearly 30-40 cigarettes a day. He quit smoking by calling it a habit that is a waste of money. He took several pills every day for stomach problems and other diseases. Apart from several health issues, he also suffered from the fear of cats. Yes, you read it right, he had Ailurophobia! His officers saw him hiding in the tent when he saw cats.

5. When he Committed Suicide, Hitler was Wearing the Iron Cross First Class Medal 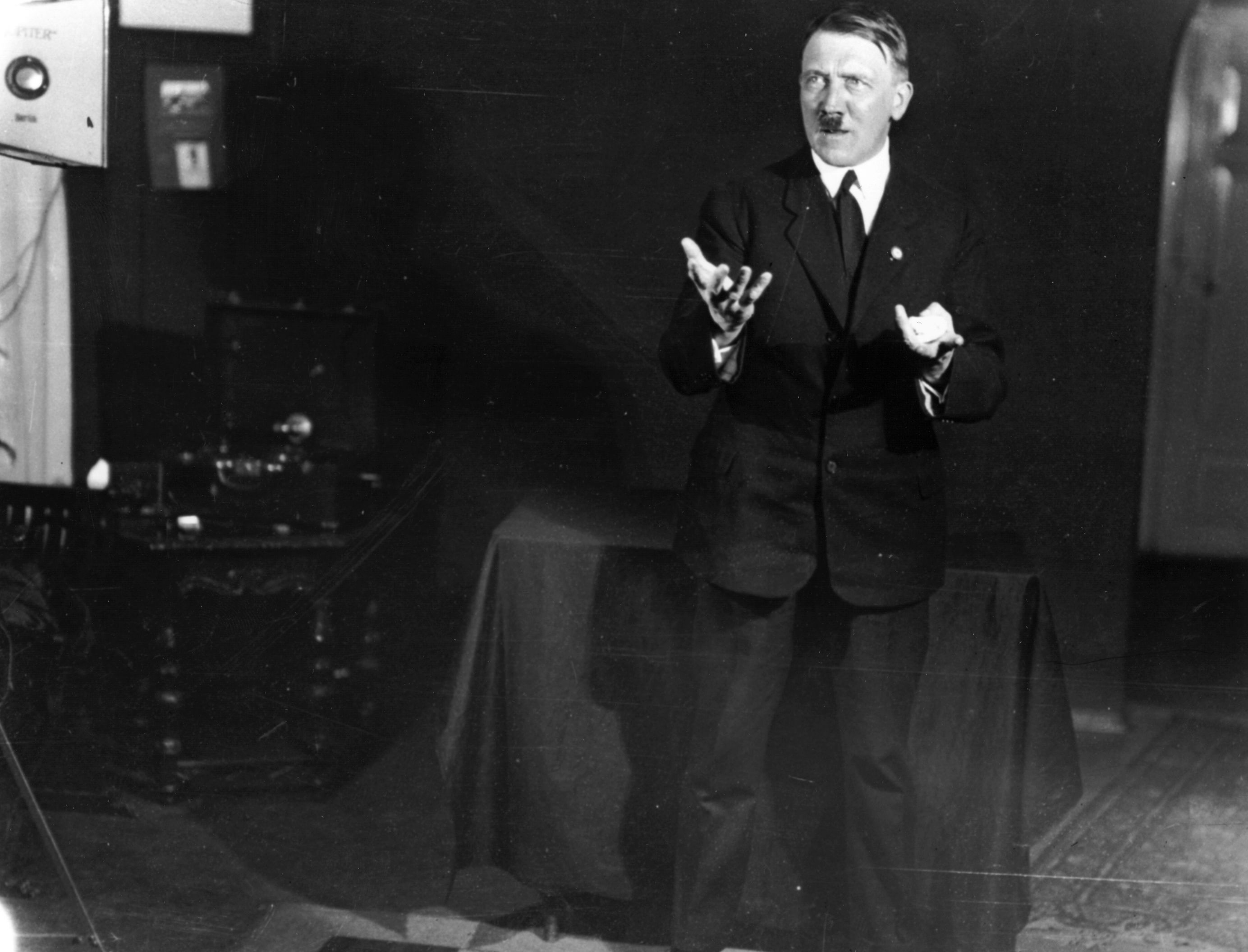 When he committed suicide in 1945, he was wearing the Iron Cross First Class Medal that he earned for his service in WWI. This award was special for him as he was portrayed as a hero during the conflict. He was wounded during the Battle of Somme.

He stated that he was temporarily blinded during a mustard-gas attack in 1918. The medical documents stated that he suffered from hysterical blindness.

6. He Made Laws Against Animal Cruelty 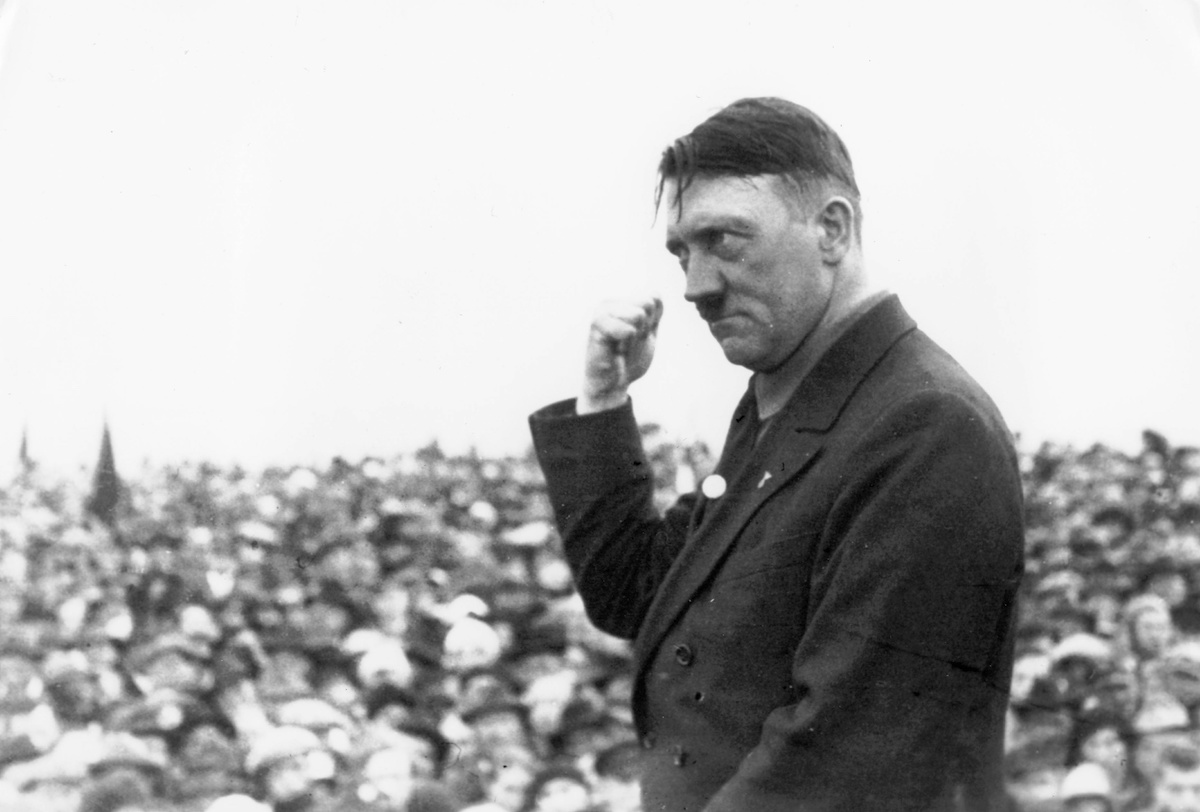 You might not know this fact about Hitler that he narrated graphic accounts of animal slaughtering to discourage guests from eating meat. He had a dedicated greenhouse built near his home to ensure the supply of fresh vegetables for him throughout the war.

He stopped meat consumption when he was young and then became determined in protecting animals. He implemented cattle and chickens protection laws and encouraged Germans to reduce meat consumption after WWII. When he gained weight, he stopped drinking and quit smoking. 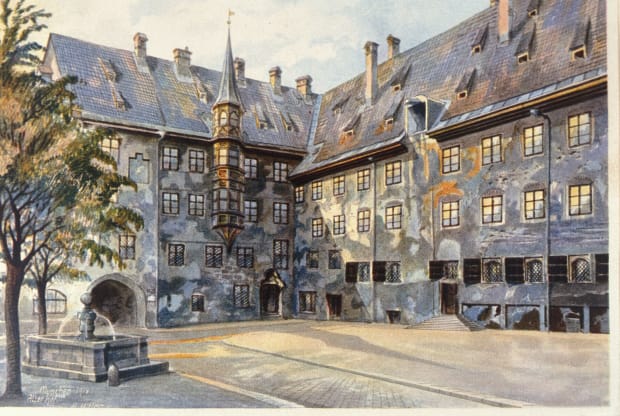 His love for German artists could be seen in his work. His other favorites were Lucas Cranach, Johannes Vermeer, and more. Samuel Morgenstern, a business partner of the young Hitler, bought his several paintings. When he came to Samuel’s store, Hitler offered Samuel his three paintings. It was found that the majority of Hitler's paintings were purchased by Jewish. When he was fighting in WWI, he used to carry paper and canvas to spend his free time doing painting and drawing.

8. He Had an Army of Talking Dogs 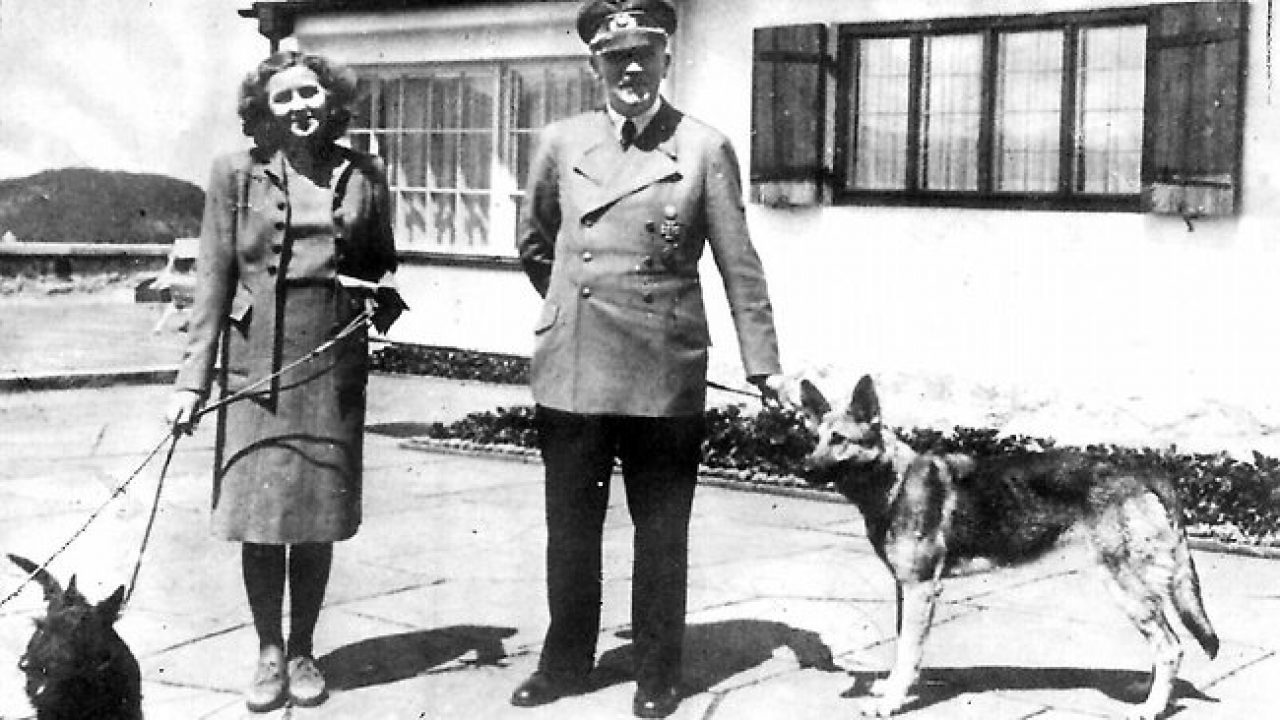 It is one of the most lesser-known facts about Hitler, and even not mentioned in the history books. According to Jan Bondeson, he and his henchman used to communicate with dogs. He planned WWII using dogs. In the 1920s, German psychologists believed that dogs are intelligent as humans and can think and communicate.

Nazi scientists used to train secret dogs that could write, speak, and read. These so-called educated dogs were collected from Germany and sent for training to the Animal Speech School in Leutenberg, near the northwestern city of Hannover. Hitler was a dog lover and owned German Shepherds named Bella and Bondi.

It is believed that he tested a cyanide capsule on Blondi and killed her before committing suicide. A German pointer named Don impressed his handlers by imitating the human voice to bark in German,

"Hungry! Give me cakes."

9. He Was a Billionaire 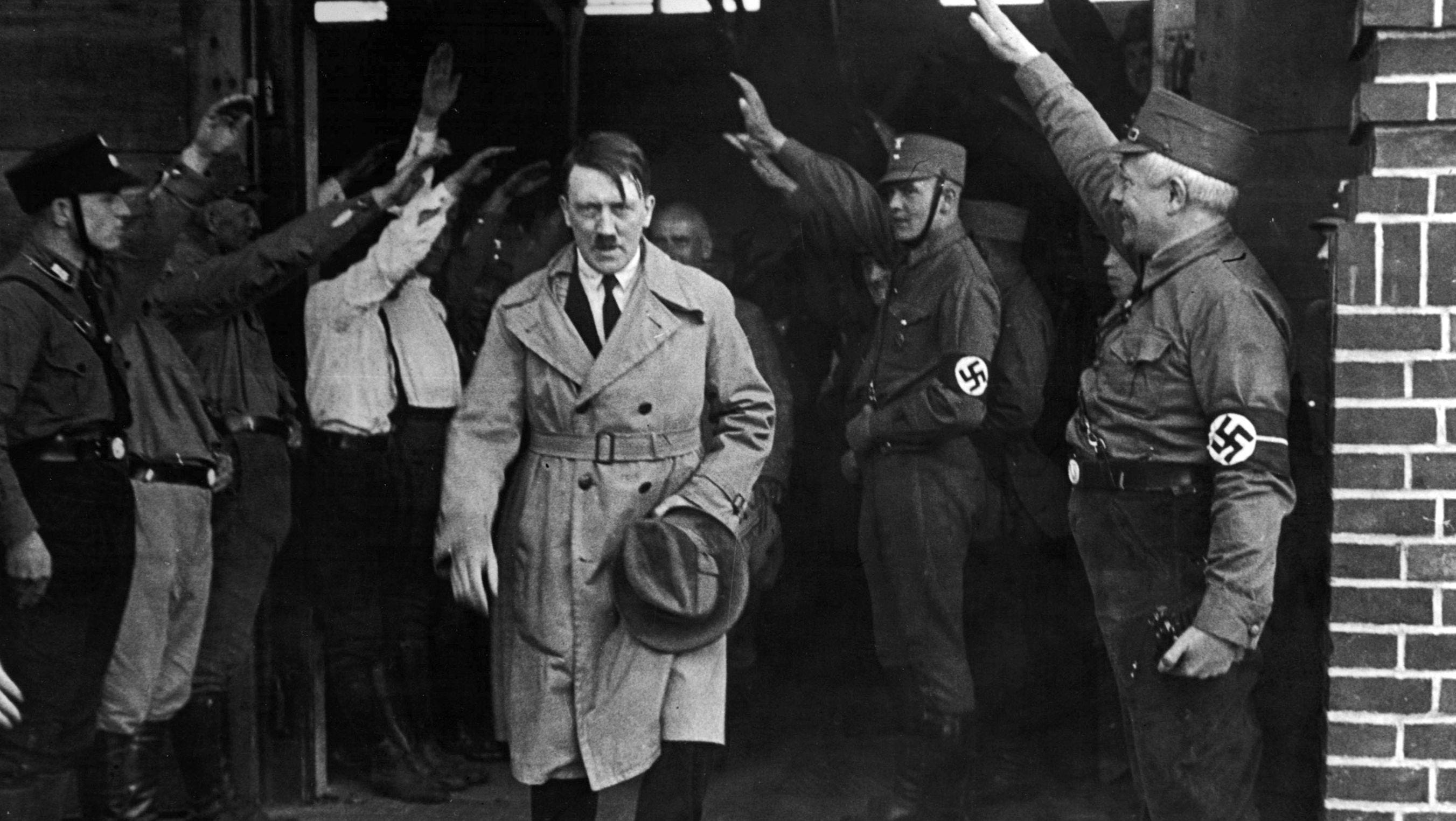 Earlier, he lived in poverty but determined to be a billionaire in the future. Most of his money came from several sources like siphoning off government money and donations from corporations.

After becoming chancellor, he ordered the government to buy copies of his book to give a state wedding gift to newlyweds. He refused to pay income tax and used his wealth, which was nearly $5 billion, to purchase fine furnishings and rare art collection. 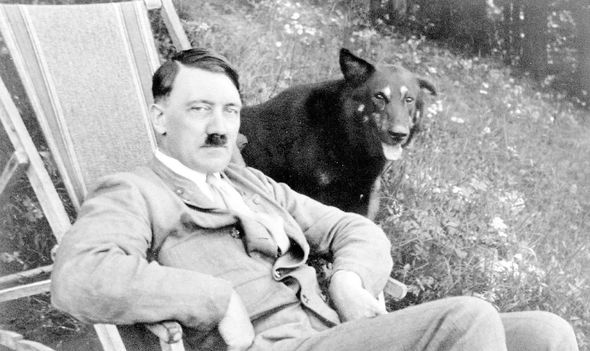 Adolf Hitler’s mother was a devout Catholic, but his father considered this religion to be a scam. During his childhood, he was enthralled by the pomp and the traditions and the rituals of the Catholic Church. Earlier, he also made his mind to become a priest but rejected this religion as a teenager.

In 1937, The Goebbels Diaries were written by minister Joseph Goebbels, sharing insights into Hitler’s life and actions. In the diary, he wrote-

“The Fuhrer passionately rejects any thought of founding a religion. He has no intention of becoming a priest. His sole exclusive role is that of a politician.”

He noted that Hitler’s impatience with the churches shows outbursts of hostility. In 1937, he declared that Christianity was ripe for destruction, and churches must yield to the primacy of the state.

11. He Was Ordered to Trim His Mustache 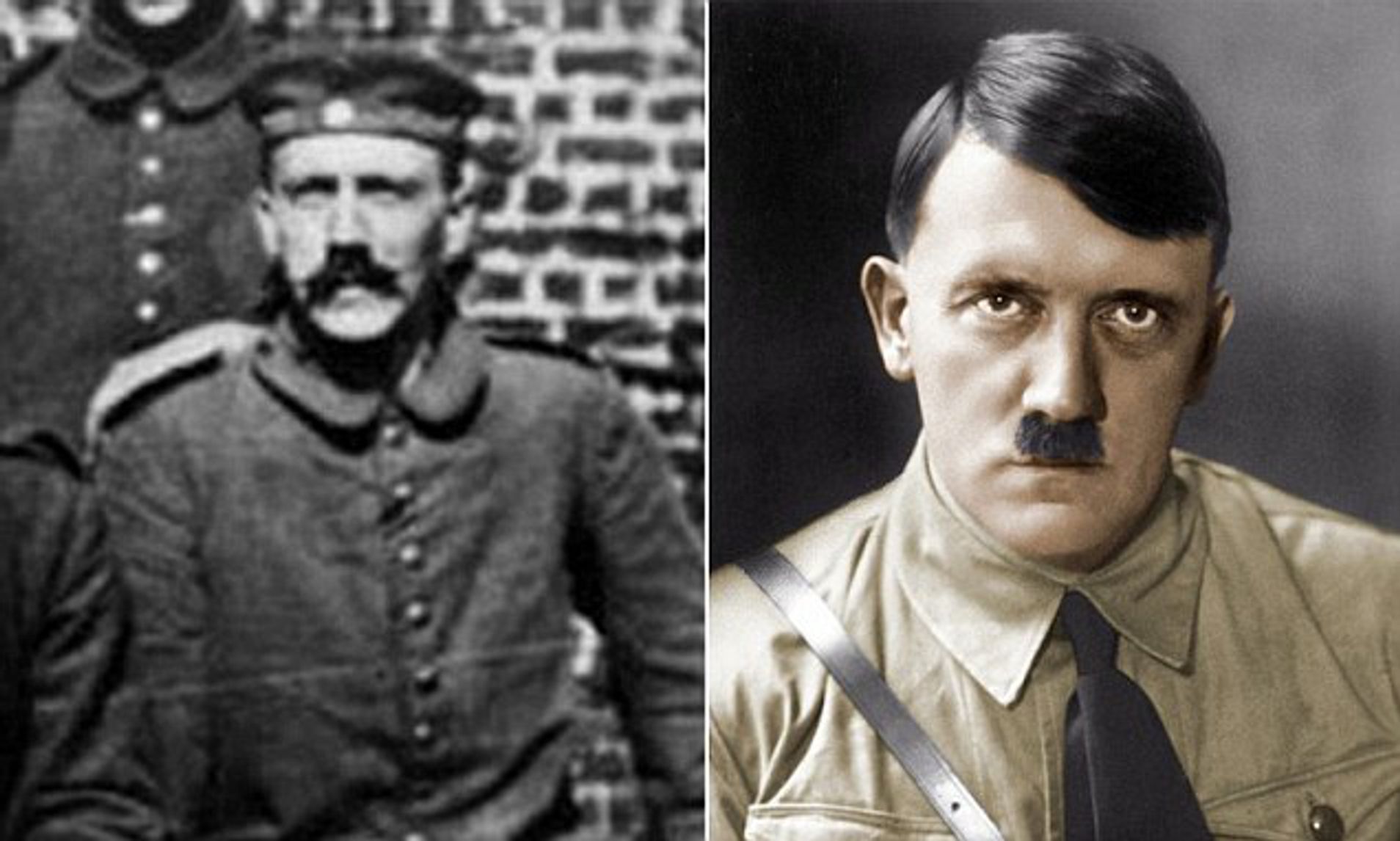 His toothbrush style mustache was not like this. During WWI, the soldiers in the trenches were experiencing mustard-gas and other gas attacks. The respiratory masks were provided to them to keep outgas.

During those attacks, he couldn’t create airlocks pulling his respiratory mask over his face due to his mustache. As a result, his seniors ordered him to clear his mustache. But he trimmed it like a toothbrush style.

His charismatic ways were based on his leadership of the German people. He was determined to make decisions and sometimes went against the counsel of his cabinet.

Do you know facts about Hitler that were not mentioned in the history books? If so, drop your views.