10 Women Who Have Something Uniquely & Unusually Surprising About Them

Some women may be born with or develop unusual features or body size or shape later in life. So here are some women whose unique appearances may surprise you. 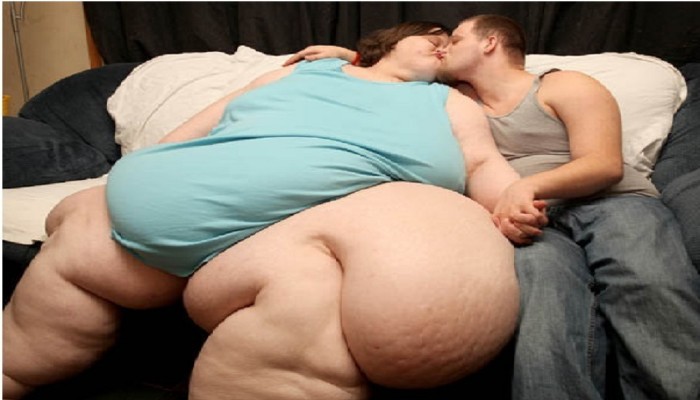 In the 21st century, women are ruling the world and have proved themselves in every field. Some women are becoming famous for their unusual features or traits.

Human evolution has taken place, and changes may happen over the centuries. But sometimes, this genetic variation becomes flawed. As a result, awry variations are noticed in human appearance.

The physical anomaly may be any: they may be seen in different shapes, sizes, and colors. Check out the list of unusual and amazing women in the world. 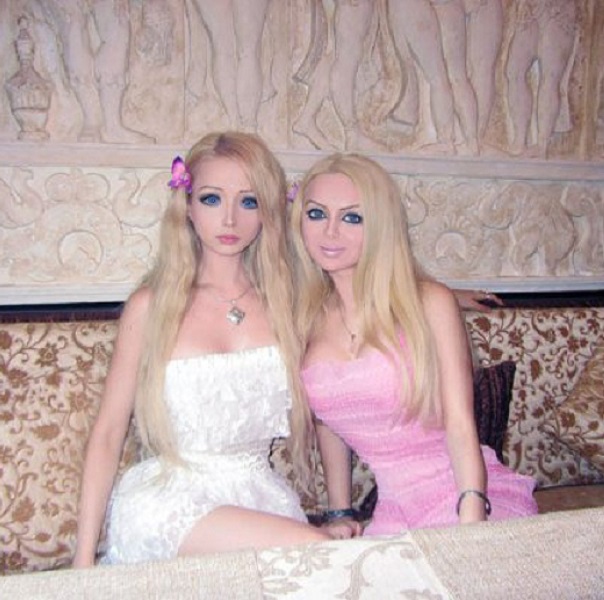 Valeria Lukyanova is a Ukrainian model and entertainer who famously looks like a Barbie doll. To look more like a Barbie, she uses contact lenses and makeup. She says that she had breast implants, but the rest of her body is natural and slender because of regular gym workouts and dieting.

Back in 2007, she won the worldwide beauty competition, "Miss Diamond Crown of the World." It was open for all women, had 300 participants, and no rule disallowed plastic surgery or body modification. She had many photo sessions and interviews that were published in Russian media. She not only gained followers but notoriety also due to online reports of her "almost inhuman beauty." 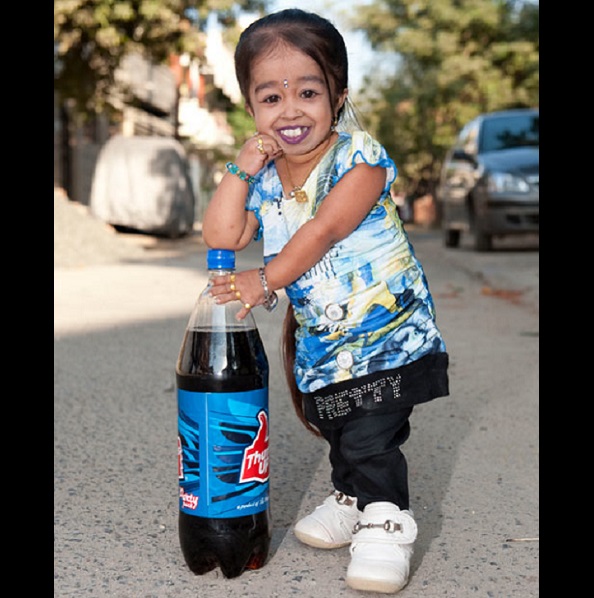 Born on 16 December 1993, Jyoti Kisange Amge, with a height of 2 ft 0.6 inches, is an Indian actress who holds the Guinness World Record for being the smallest living woman in the world since 2011 when she turned 18. It is due to a genetic disorder called achondroplasia. She met the world’s shortest man named Chandra Bahadur Dangi of Nepal in 2012 and posed for the 57th edition of the Guinness World Records.

She featured in a short film named Matharam, the 2009 documentary titled Body Shock: Two Foot Tall Teen, as a guest in the Indian reality TV show Bigg Boss 6, and as Ma Petite in the fourth season of American Horror Story: Freak Show. She also co-hosted Lo show dei record in 2012 with Teo Mammucari. Also, she has a wax statue at the Celebrity Wax Museum at Lonavala, a hill station in the Indian city of Pune. Also, during the COVID-19 lockdown, she, along with Nagpur police, urged people to stay home. 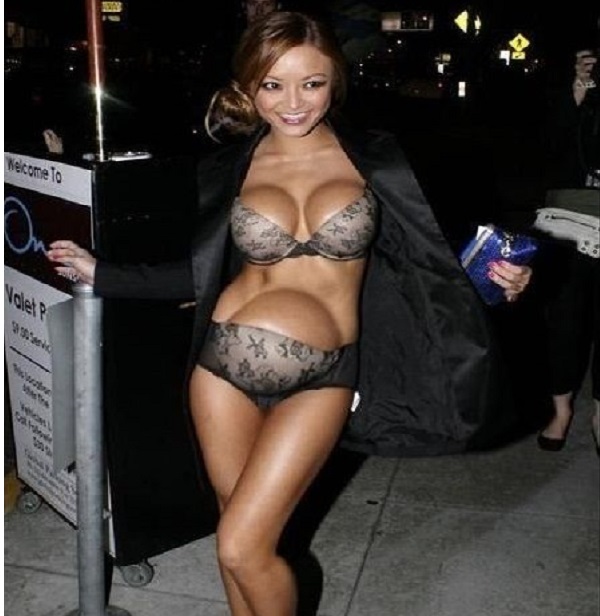 Tila Tequila is an American TV and social media personality who is known for her controversial pro-Hitler and anti-semitic comments and being scantily clad Nazi in front of Auschwitz concentration camp.

In 2008, she was ranked #100 on the Maxim Hot 100 list. At the age of 13, she experimented with alcohol, and that’s how her nickname “Tila Tequila” came about. She is also known for her bisexual themed dating show, A Shot at Love with Tila Tequila. 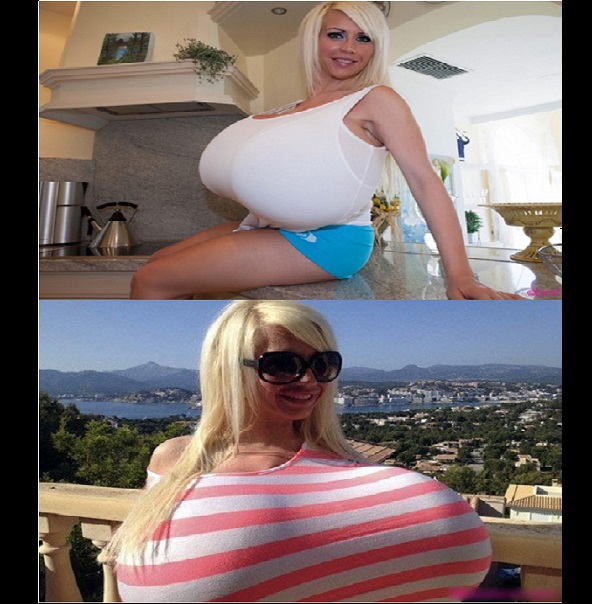 Also known as Beshine online, Mayra Hills is a German adult model who is known to have the largest augmented breasts in the world. She has 10,000 cc saline implants in them, and each one weighs 20 pounds. Her body measurement is 59-28-36. 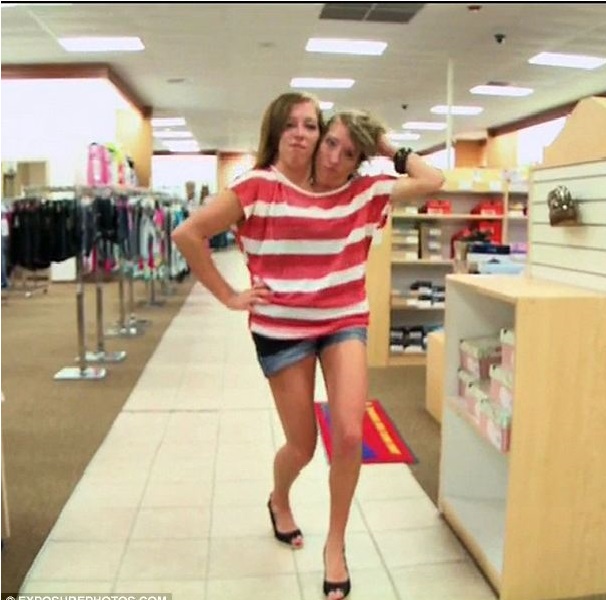 Abigail Loraine Hensel and Brittany Lee Hensel, also known as Abby and Brittany Hensel, are American conjoined twins. They are dicephalic parapagus twins and highly symmetric for conjoined twins who have a single body with a separate heart, stomach, pair of lungs, spine, and spinal cord. They both control one leg and one arm.

A coordinated effort is required to crawl, run, swim, walk, clap, or drive a car. However, they can eat or write separately or together. The documentaries and works on their life progress have been covered by the likes of The Oprah Winfrey Show, Life magazine, TLC, Channel 5, BBC, Discovery Health Channel, and Time magazine. They featured in the reality TV series named Abby and Brittany that was broadcasted in 2012. 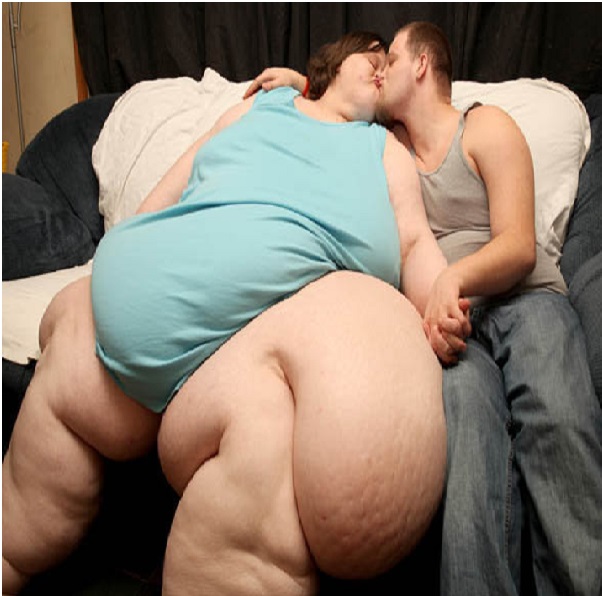 Charity Pierce is known to be one of the world’s fattest women, and she once weighed nearly 800 lbs. She featured in an episode titled Charity’s Story of the Season 3 of My 600-lb Life, a TV series by TLC. This reality star suffered from flesh-eating bacteria and fat deposits. She faced several setbacks during her 500+ pounds weight loss journey, like kidney cancer, overdosing on painkillers, tumor, her daughter’s growing obesity problem, and heartbreak.

However, Carol Yager from the US is believed to be the fattest woman in the world who weighed 1200 lbs. Also, an Egyptian woman named Eman Ahmed Abd El Aty weighed 1102 lbs. She died in 2017 and also underwent bariatric surgery at Mumbai's Saifee Hospital on a specially modified plane.

7. Mikel Ruffinelli – The Woman with the Widest Hip 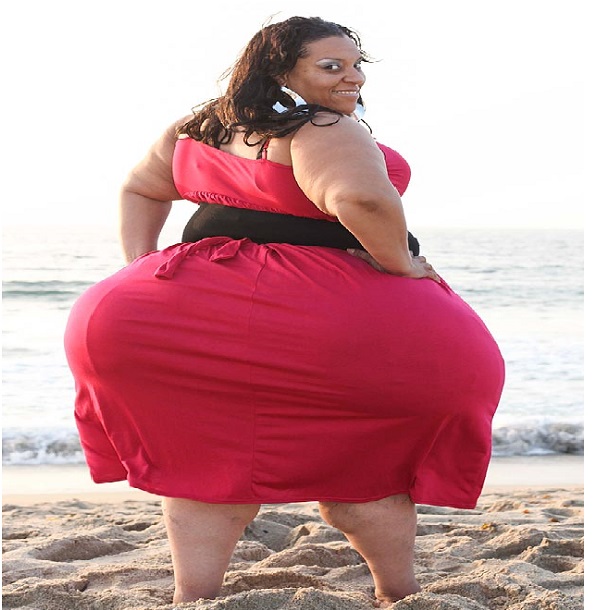 Mikel Ruffinelli is a US woman from LA who holds the record for having the widest hip (8 ft) in the world, as per the World Record Academy. She is 5 ft 4 inches tall, weighs over 420 lbs, and has a waist size of 3 ft 4 inches.

During her early 20s, she weighed an above-average 180 lbs. But when she turned 22, she gained 56 lbs after her first child. After giving birth to three more children, she further weighed more & her hips grew wider. She consumes over 5000 calories every day. 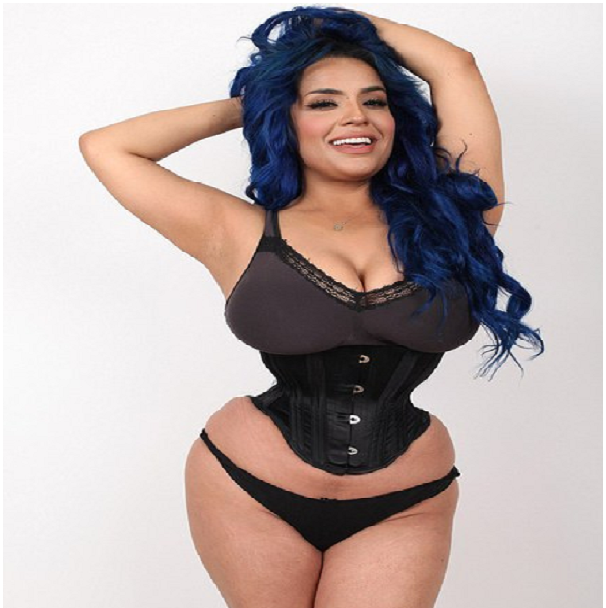 Kelly Lee Deekay is a fashion designer who wore a corset for 7 years to achieve a 16-inch waist. She says-

“Growing up, I just loved the exaggeration of styles and the beautiful costumes that comic book characters would wear and that led to the aesthetic that led to tight-lacing.”

Cathie Jung is also an American Victorian dress woman and corset enthusiast from Manteo, NC. She is known as the woman with the smallest waist on a living person, according to the Guinness World Records.

She is 5 ft 8 inches tall and has 15 inches waist (corseted), which measures 21 inches uncorseted. In the movie Cremaster 2, she portrayed the role of Baby Fay La Foe and appeared uncredited by choice due to undesirable contents.

At the age of 38, she began wearing a 6-inch training belt and reduced it from her then waist size 26 inches. She never underwent surgery to define her waist. Since 1983, she wears a corset 23 hours a day and removes it only during the daily shower.

She is a mother of three kids and does not follow a special diet or exercise to maintain her waist. She says-

"We had no intention of setting a record. It was about dressing appropriately for the age." 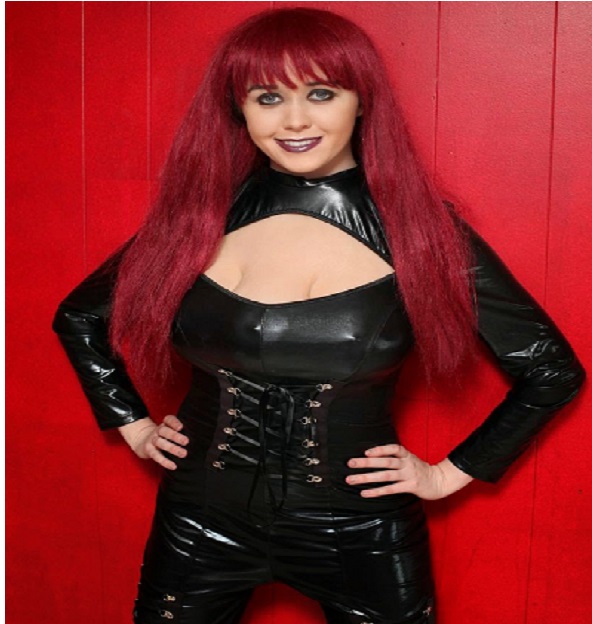 Alisha Hessler is a massage therapist and the so-called Three-Breasted Woman, who is also known as Jasmine Tridevil (alter-ego). In her bag that was stolen once by a thief, the Tampa International Airport Police Department found a document that mentioned the “three-breast prosthesis,” which cost her 5000 dollars. In 2013, she tried getting into a club underage and was charged with fraud. And thus, later, it was proved to be a hoax. 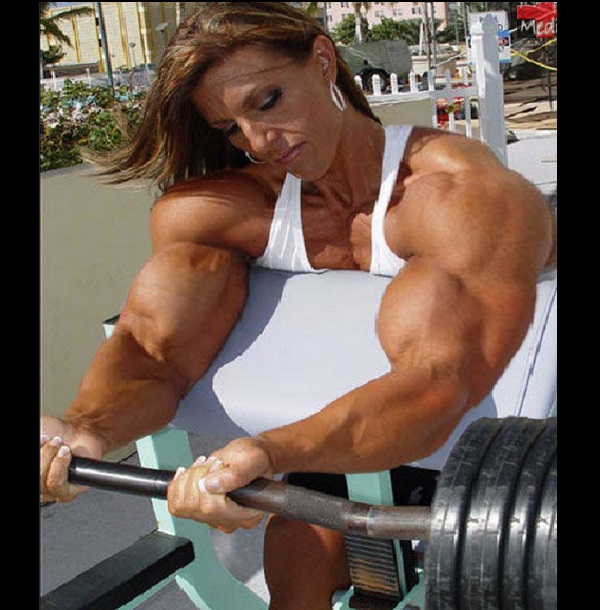 Though no sources on the internet provide her name, we assume that she is a popular bodybuilder. She has a great physique and some insanely big-sized and strong arms capable of lifting heavy weights.

Do you know any other bizarre women? If yes, do share about them in the comment section below!