TrashTag Challenge is Going Viral for Good Reasons- Did You Participate?

Throughout the years, people have done several things to become popular on social media. This year, a man from Arizona challenged everyone to pick up trash, and the #trashtag challenge went viral. 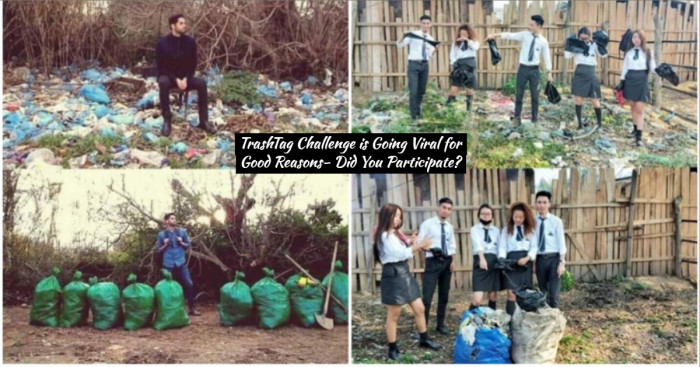 vEverybody here wants to stay in a clean and healthy environment. While some take it as a responsibility, others think that throwing waste on the streets do not affect the environment much.

If you are active on social media, you would be aware of the internet challenges going viral. Following the popular plank challenge, Blue whale challenge, Drake’s famous steps, and #10yearchallenge where people shared their photos from 2009-2019, here comes the #Trashtag challenge that is encouraging millennial to clean up the dirty locations.

Last week, Arizona’s Byron Roman shared before and after photos of a boy sitting in the middle of a wooded area. The before picture of him shows the waste on the ground, while the second picture shows the ground is clean with waste collected in nine trash bags. 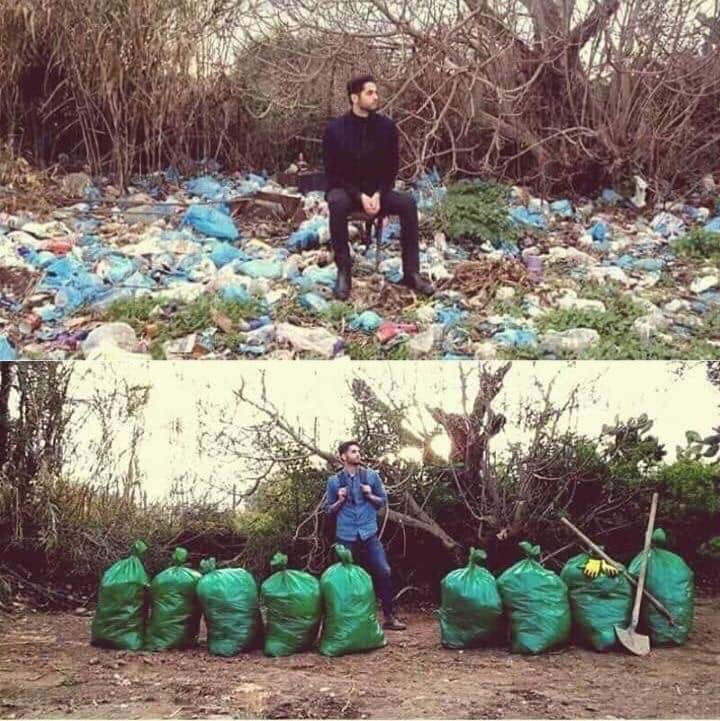 Thanks to social media and the internet that this picture went viral, and people from all over the world, are appreciating his steps to make the environment clean.

“I just posted a photo for my friends to see, which is something I do every day just some inspirational, motivational words of wisdom I guess.”

The original post has been shared over 300,000 times and has been inspiring everyone to do the same.

“Some of the participants are schoolteachers and they showed the picture to their students and encouraged them to go out and keep areas clean."

“It was very shocking and overwhelming for me to think, wow, people are doing what I suggested. And not just teens — it was all ages."

People from across the world are sharing their posts on Twitter as well.

Hey kids. Remember the Harlem shake..the water bottle flip challenge..the mannequin challenge..? At last, something meaningful is about to drop globally - #trashtag - take a before and after shot of major tidying efforts. You heard it here first, kids. @CognitaSchools #CognitaWay pic.twitter.com/pp873OGNP2

A group of students from Nagaland took up the #Trashtag challenge and posted the before and after on Instagram and Twitter. Ghuka, one of the students of the group, told that they were sitting in a college and talking about the challenges that were trending on the internet. Their goal was to appreciate the person who initiated this challenge.

“We discussed among ourselves to take up the initiative and encourage other students and youths of Nagaland to help each other in keeping our surroundings clean.”

“We also wanted to make the youth realise that it is only us who can make a difference and it is our duty to keep our city and country clean, just as we do with our homes.”

Do You Know from Where has this Challenge Come?

Initiated in 2015 by UCO, a company that makes outdoor gear that started the #Trashtag project motivates people to come out of their houses and clean the littered areas. The project aim was to collect over 10,000 pieces of trash by 2016.

Unfortunately, the project didn’t attract the people and failed in 2016. By March 2019, the same project motivated the audience when it went viral with another name #trashtag challenge.

And as expected, the #trashtag has been taken up by all over the world and going viral by different names including #trashchallenge, #CleanupChallenge, and #ChallengeforChange.

On March 10, people started uploading the pictures. From there, #trashtag went viral on social media.

Here are more pictures uploaded on Twitter by the participants:

Usually I’m against doing good deeds just to post it online but in the case of #trashtag i am 100% for it, if that’s what it takes.
Good people are good. pic.twitter.com/VGqkDEhFuE

I don't have a before-and-after picture, but here's a couple of pictures of me with my family picking up trash from the road side whenever we made a rest stop. #trashtag pic.twitter.com/TygYf2dM13

Before and after. Makeup and clothes dumped near Moston Brook, now cleaned up ????#litterpick #TrashTag pic.twitter.com/9GsFIUORaI

#trashtag seems to be trending. This one's from Nepal ???????? pic.twitter.com/stAxbQXhup

Along the Potomac River south of Washington, DC #trashtag pic.twitter.com/n2uPL52LZG

How to Participate in #Trashtag Challenge?

Thousands of people from every corner of the country are actively participating in this trending #trashtag challenge. If you also want to participate in the challenge but don’t know how to participate, follow the below steps and be the part of the campaign.

Simple steps to participate in this challenge

That’s it. You are done with the challenge. Share your pictures on the social platform and encourage others to do the same. By participating in the challenge, volunteers have made outdoor spaces, parks and roads trash free and have raised awareness about pollution.

You won’t disagree that people are becoming aware of the damage that waste is causing to the planet, be it through the use of plastics or fast fashion. But this trending challenge is making sure that people would do a bit to save the planet.

This #trashtag challenge is also contributing much in Indian government flagship project ‘Swachh Bharat Mission.’ While some people are contributing alone in the project, others are creating a community and cleaning the littered areas.

With people from all over the world are coming together for the #trashtag challenge, we hope that celebrities will also take this challenge and make a difference in making the planet clean and green.

No matter where do you live, wastage on the planet is a serious issue, and this trending #trashtag challenge proves that people are getting aware of the waste spreading on the streets and are motivating others to take it forward.

Do you know any place around your society that is swamped with waste and needs to be cleaned as soon as possible? If you haven’t taken the challenge yet, this is a great opportunity. Find the places around you which are dirty and make it clean.

Have you ever taken any challenge? If yes, which one is your favorite? Don’t feel upset if you haven’t participated in any yet. Be the part of the #trashtag challenge and contribute toward making the planet green.