Silver Surfer VS Superman: Who Would Win?

Silver Surfer and Superman are superheroes of the Comic world. Every age groups be it Kids or youth, these fictional heroes are famous in the entire world. B... 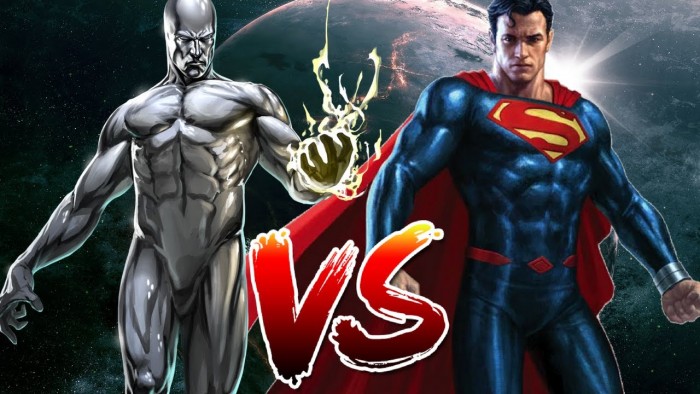 Silver Surfer and Superman are superheroes of the Comic world. Every age groups be it Kids or youth, these fictional heroes are famous in the entire world. Be it cartoon, movies, books or video games, these superheroes are the protagonist in most of the series. These comic heroes have a lot of fan following.

Often costumes of both the hero can be seen in the theme parties or birthday parties of infants. Favoritism of superheroes has increased many folds. Silver surfer has the ability to defeat Superman.

1) Silver Surfer Vs Superman - An Intro

Silver Surfer appearing in American Comics published by Marvel Comics. He is known for being fastest among all the other leading characters in the fantastic four, published in 1996. He is a humanoid with metallic skin, who can travel in space with his spacecraft. He is known for saving his planet from planet devourer, Galactus.

While travelling he reached planet Earth where he met with other heroes who helped him in discovering his abilities. He is the noble man who has sacrificed his life for the better of the goods. He is known for his good deeds. He has created a utopia in the whole world with his extremely good advance technological humanoid in race.

On the other hand Superman also appeared in the American Comics published by DC comics. According to the fictional comic, he was born on the planet Krypton. And was rocketed to the Earth before the complete destruction of his planet when he was an infant. On being raised by farm couple as Clark Kent.

He has imbibed all the moral values given by them. Slowly and steadily, he started discovering abilities which were in human, supernatural  powers began creating its mark in the world. His humanity for the betterment of people around has given him the title "Superman", Super hero for all.

But there is always a contrasting characteristics between the two. Children often debate on both the superheroes. Making and showing their favorite one the best. But when we compare both of their abilities, there are a lot of things to be consider to find which amongst the two is the best fictional hero.

Silver surfer has a speed similar to the speed of light. It is fastest among all the superhero. He has a very vast potential in energy and manipulation. Whereas Superman has low speed when compared to Silver Surfer. But it has faster reaction time then Silver Surfer. Silver Surfer has the ability to detect the time and place of the Superman easily. This is one of the benefits Silver Surfer has.

Nobody can beat Superman's intelligence. This is one of the thing which lacks in Silver Surfer. Superman takes advantage of his ability in the battle fields. On the other side Silver surfer is known for its versatility. He can travel anywhere in space.

Silver Surfer has the capability to defeat Superman by swallowing the solar radiations, which will help him to win. It has greater endurance power than Superman. The Superman requires yellow radiations to store up power. It is not necessary that it should be from Sun.

Be it yellow, green or something else, Silver Surfer has powers to manipulate any cosmic energy. He is indestructible, and can easily match to the Superman.

Silver Surfer can carry hundreds of tons and can match with Superman's strength. Whereas Superman can punch thousand times in just a blink of eyes. So, in spite of Silver Surfer capabilities, Superman is stronger than Silver Surfer. Comparing a sun with a black hole is similar to Superman VS Surfer.

Silver Surfer does not need food or water to eat. He absorbs the cosmic energies directly through its silver skin. Whereas this is not possible in case of Superman. 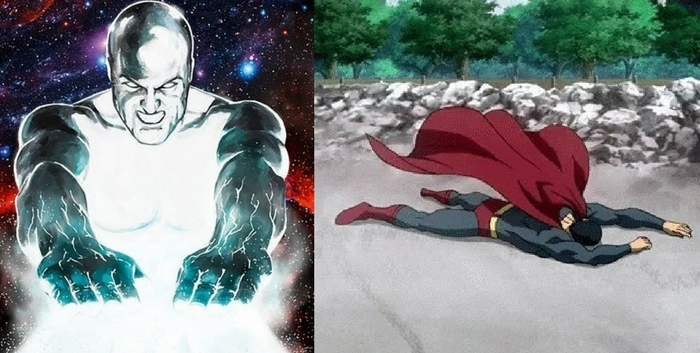 If we consider the stamina of both the two superheroes. We find that Silver Surfer has a much greater stamina than Superman. It is because of its muscular strengths which do not cause fatigue and tiredness. 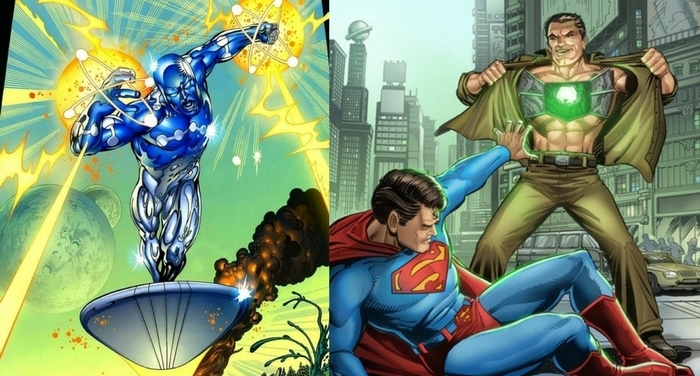 Silver surfer can withstand supreme pressure just like a crushing pressure of black hole. It is really impossible to destruct Silver Surfer as it is virtually indestructible. Whereas Superman is most vulnerable to green Kryptonite.

Silver surfer needs vacuum of space. It can travel in one billionth of second in space. And with its increased speed it can even travel in times as well. Whereas superman cannot travel in space for a long time; though he used to hold his breathe and sustain in vacuum for a considerable amount of time span. That’s why, when it comes to the space travel, Silver Surfer is at its zenith.

Superman has the power to sense and has microscopic vision. This allows him to zoom in and see the things closely. And these senses is not possible in Silver Surfer. Superman can see with his X-ray vision. But if the lead is used then his visions will get blocked marking its disability to see clearly.

Silver Surfer has the ability to transform the objects by rearranging its molecules. He can change the state of the matter like solid in the gas. However, Superman lacks this ability. Thus this differentiates them from one another.

Seeing each and every aspect of defeating powers and their other exceptional abilities, it can be said that Silver Surfer is more powerful than Superman because of its energy absorption and manipulation activities. If these powers are considered then it can defeat Superman easily. But if we will think in terms of intelligence then definitely Superman is supreme of the Silver surfer.

Both of the superheroes have a lot of popularity and their series, videos, movies games are increasing day by day. It's not a matter of who will win over the other much as both of them have the abilities to destroy and win over the other. In some of the battles Silver Surfer can win and in other Superman. These stories are fictional but have a great impact in the whole world.