Success and failure are part and a parcel of life. Failure is the stepping Stone to Success. Many great scientists and other pl... 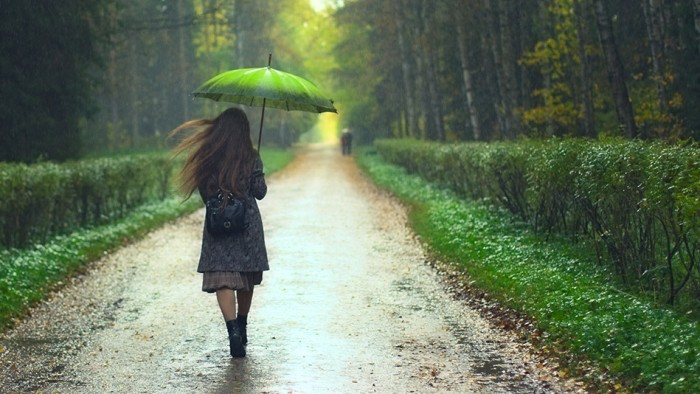 Success and failure are part and a parcel of life. Failure is the stepping Stone to Success. Many great scientists and other players such as Thomas A Edison and Michael Jordan have failed several times but they took their failure as a lesson. Because defeat is not the persistent thing until and unless we allow it to get permanent. Rising up and fighting with true spirit can even beat the defeat.

It happens with most of us that at some point of time we start feeling defeated and depressed. Whenever we fail in life our mind gets occupied with negative thoughts. And in spite of trying hard to get rid of these thoughts, we get indulge into it. As if we are stuck in a bog deeper and deeper. The more the depth, the more the thoughts of defeat.

Here are some feeling defeated quotes which will relate you whenever you will defeat in life.

1) Defeat is nothing but one's own thoughts. 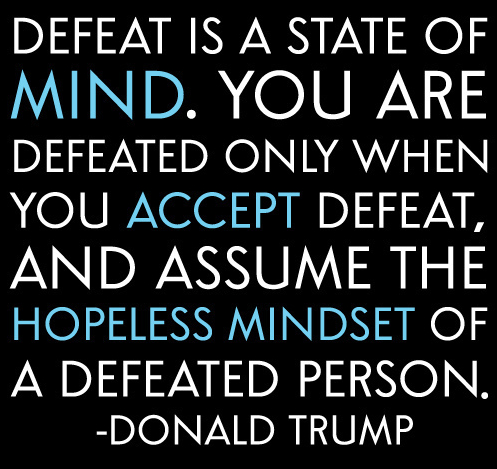 Defeat is the storm of thoughts created in our mind. Defeat can never beat us until we let it hover over our mind and we accept the defeat.  Losing a race or a battle can engrave the feeling of vanquishment but nothing can make us feel defeated except us. 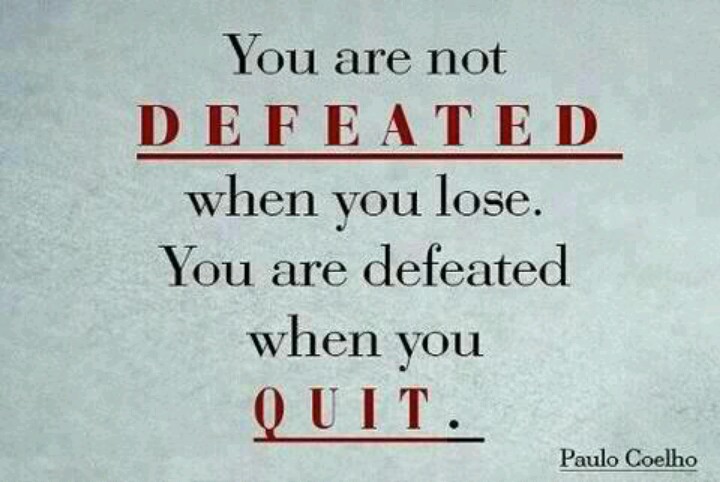 When we get disheartened and feel that we have lost. We often decide to quit the task thinking we cannot complete it. We all are the genius and have the tremendous potential in us to do anything which we think we can't think of doing.

3) Facing defeat with strength and positivity can help us to Conquer over it. 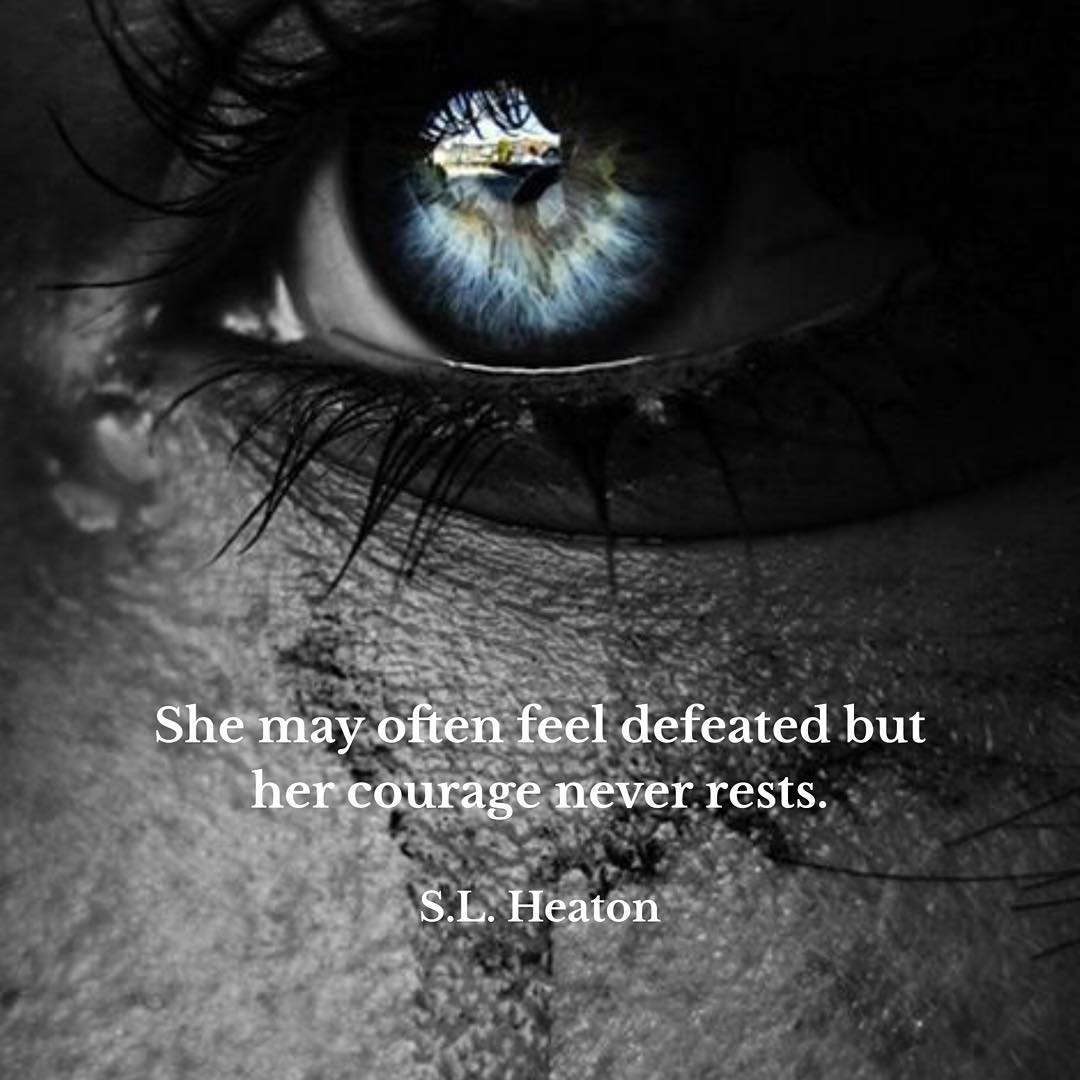 The courage to fight continuously with all those things which are destroying us mentally will give us the inner strength to fight with all the power and intensity.  The will power of the person should we so strong that it does not allow us to rest in life.

4) Human beings are born for victory 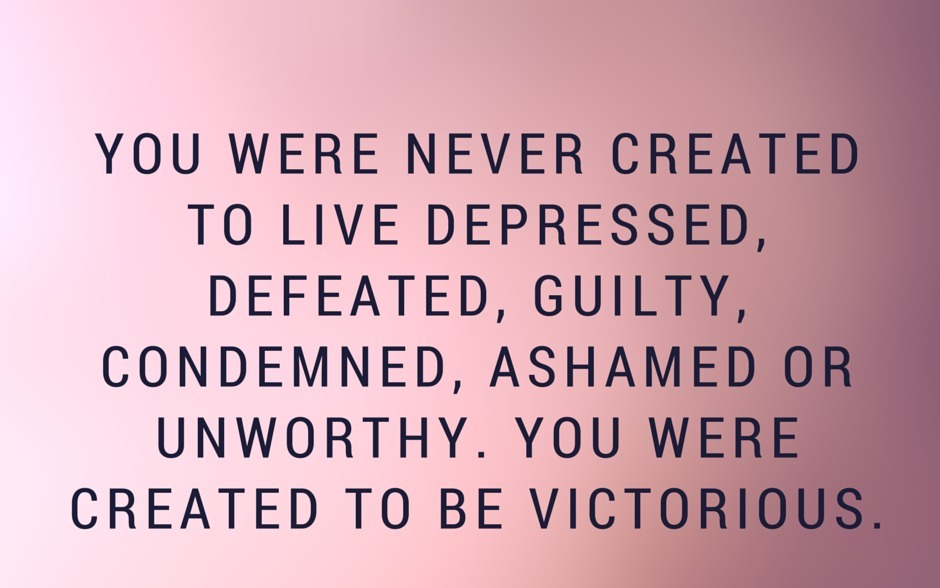 We all are born by birth to live a life full of hopes, dreams, lights and positive vibes. We are not on earth to live a life of depressed and defeated person. We have a life to enjoy it, in all the fun loving colors. It is not meant for feeling beaten or ashamed of ourselves.

5) Defeat is not constant part of life 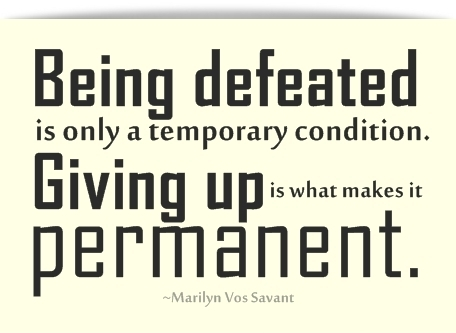 Defeat is not a constant process even there are times when we win and things change. Change is continuous as similar as seasons on Earth. Sometimes we may lose out things but losing hope will thwart us. Never lose a ray of hope in life even there will be a time when victory will be in our hand.

6) Defeat is not a failure 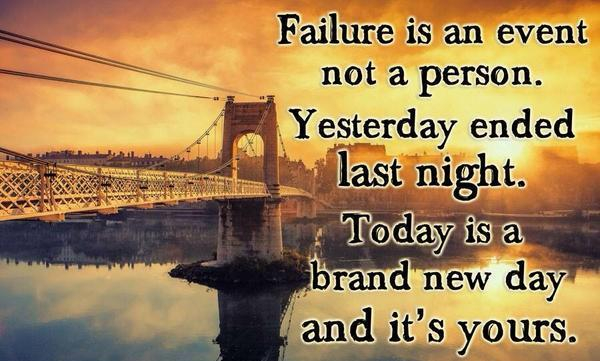 Failure is nothing but an event nothing more than that. We may fail thousands of times in our lives but we still have another day in life to make things more beautiful. Dark nights will vanish off with a new bright morning.

7) Colors of happiness will surround you only after the storm of life. 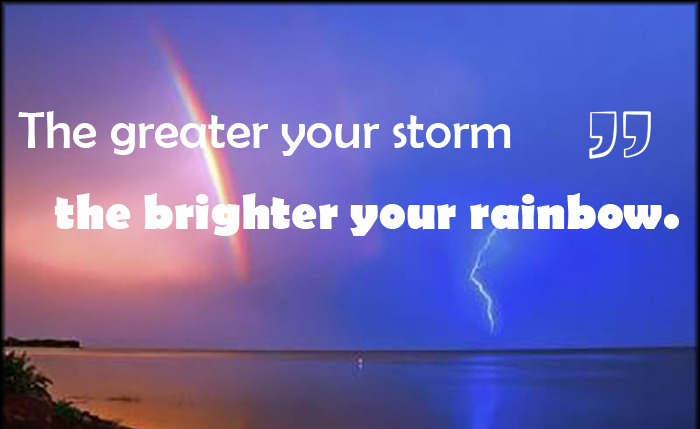 The rainbow is visible only after the rain. So to be successful in life one must put all the hard work and overcome all the storm of failures.  The more you will struggle in life the more you will become stronger and will move ahead to achieve the ambition with more zeal.

8) Defeat cannot be an alternative 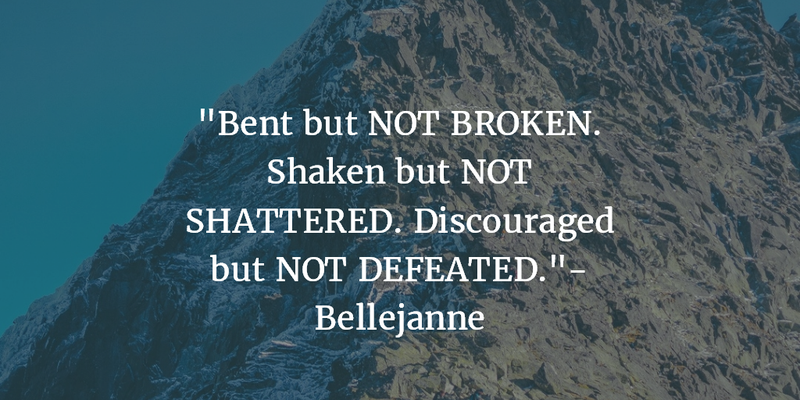 The circle of life is full of struggle and we often find them hard to overwhelm them. But in any condition, we must not get shattered or feel defeated. A defeat cannot be a choice.

9) The man has the power to bear defeat and even to beat it. 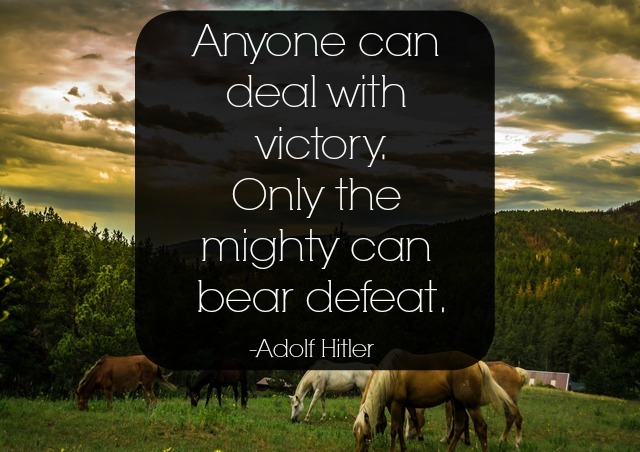 We all cannot win at the same time in any situation be it a match or life. But there is very few person in life who have the strength to bear defeat and beat it. As it requires to be strong at the emotional and mental level both.

10) Every wound has a story 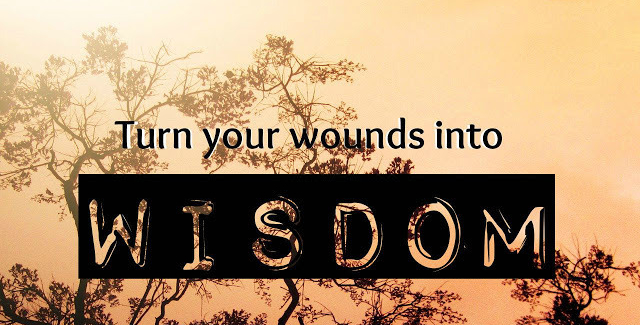 We often get exhausted when things do not work as we want them to be and we lose ourselves. We will feel sad, depressed and get hurt. The scar of wounds will get light only when we will take them as learnings of life.

“Get Out of Jail Free Cards” in Law, Gaming World & As a Metaphor