Not every woman has flawless skin and body. Some are with wrinkles and vitiligo and yet look gorgeous. Missguided’s new range of mannequins shows this reality of women's life. 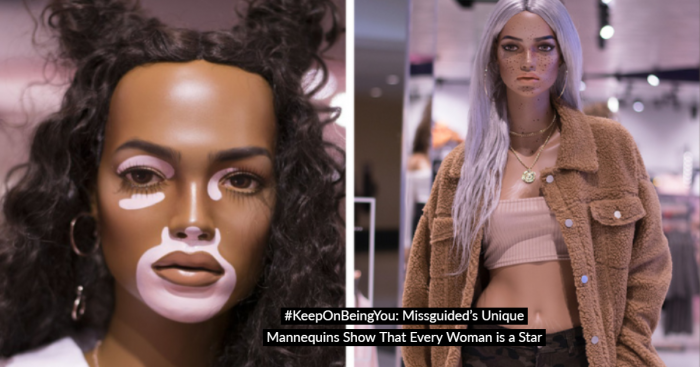 While several hashtags like #BottleCapChallenge and #TrashtagChallenge went viral on the internet, here is another new challenge attracting people for the right reasons. A brand named Missguided started a campaign #KEEPONBEINGYOU to encourage people to focus on who they are and not to rush for becoming like everyone else.

When you see a mannequin in a store, you see a woman or man posing beautifully, wearing lovely clothes and showcasing the brand. Have you seen a mannequin with stretch marks, vitiligo and even one with a hijab? If not, then you may see these mannequins created by Missguided in London store now.

These mannequins are different from those you see with perfect bodies. They reflect what women face in their everyday lives. While several are praising the company for this initiative, others are pointing out for keeping only thin and tall mannequins. 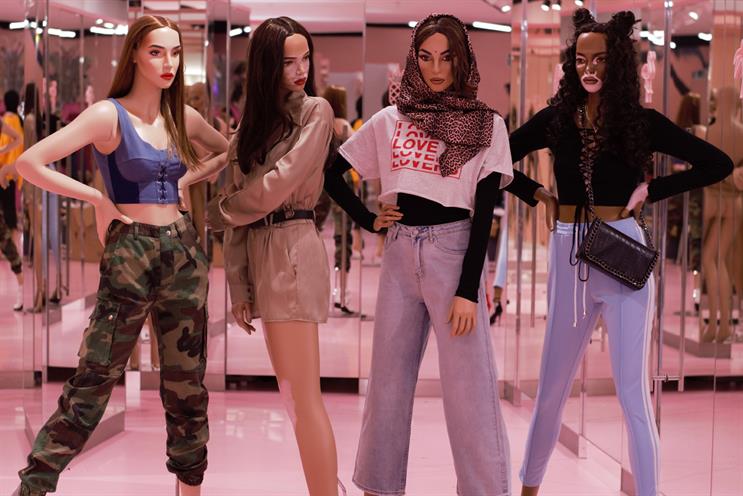 What’s amazing is the brand has used a new range of mannequins and decided to help girls and women to feel powerful and confident in their way. Do you know what they did?

They created several mannequins to represent different types of women and displayed them in their store to help women to identify their identity. Missguided aims to prove that you don’t need to have perfect skin or body to look glamorous.

“We’re on a mission to inspire babes the world over to love themselves, for themselves, to embrace your flaws, and to not strive for what the world perceives as perfection.”

It has hired makeup artists to add natural effects on mannequins. The brand’s decision of not retouching model’s marks has received a great response from the audience with over 100,000 likes and 4000 retweets in response to their tweets.

Just like these women broke stereotypes, every woman should be fierce and fearless and proud of herself who she is. These mannequins prove that women should not be ashamed of their stretch marks or other problems and should be proud of their marks, which makes them unique. The audience saw these mannequins in stores and posted positive comments on social media. Not only mannequins but these adorable personalities became famous for their unique skin color.

A Brief About Missguided 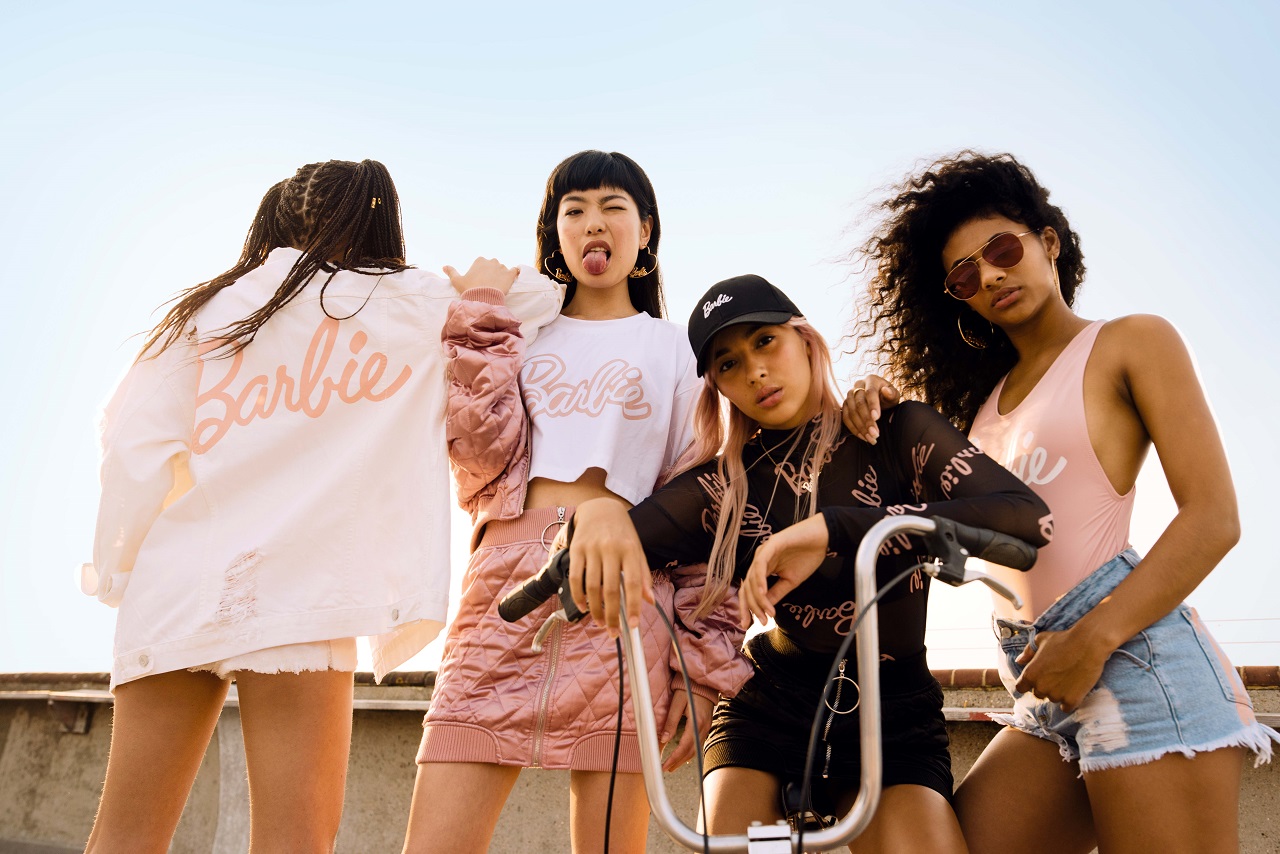 Missguided is a popular UK based multi-channel retailer that sells clothes of 16-35-year-old women. It was first located in Salford, Manchester and then moved to Trafford Park where it has the coolest office in the world. The company has petite, tall, and nightwear ranges.

It was launched in 2009 and experienced rapid growth in online delivery in the UK, Australia, Germany, France, and other countries. It was in May 2015 when the company partnered with ASOS.com and sold over 1000 pieces through the online retailer. In 2016, it launched a range of wedding dress and made over 20 pieces for brides and bridesmaids.

Also, it announced a campaign collaboration with popular American model and singer Amber Rose. Missguided has also launched its collections with bloggers like Carli Bybel, Sarah Ashcroft, and Caroline Receveur. Moreover, it also has a menswear brand called Mennace.

Let us read more about this great initiative by Missguided and comments shared on Twitter below.

1. These Mannequins Show How Women Are in Reality

The other day I passed by the @Missguided store and I saw this mannequin. As someone with #vitiligo I had so many feelings, all of which were positive. It was surreal seeing it becoming normal. They actually created a mannequin to represent people like me ?? thank you Missguided! pic.twitter.com/S0vL7Abp0B

2. Missguided is Promoting What Realness is?

Love that Missguided have even made their mannequins unfiltered! Promoting real-ness! ????????? pic.twitter.com/aVBz5zSUmQ

No filters, no editing, this mannequin shows the real stretch marks on women after delivering a baby.

Love this. A massive step in the right direction in the fashion industry. Finally, a retailer starting to represent REAL, BEAUTIFUL women. I really hope @Missguided keep this up and introduce mannequins in a variety of sizes and heights. Well done Missguided #LOVEYOURSELF ?? https://t.co/dstJyCBWU5

4. Have You Ever Seen a Black Mannequin With Vitiligo?

I’m so proud of missguided and their whole diversity campaign. I don’t think I’ve ever seen a black mannequin yet alone one with Vitilogo. They’ve taken a good step to promote inclusivity & other brands should take notes!!

No doubt, other brands should take cues from Missguided and design mannequin focusing on women's problems.

6. She is No More Worried About her Stretch Marks

This makes me feel so much better, after seeing my stretch marks in a changing room mirror yesterday I nearly cried

The brand also says it is committed to changing an attitude towards several body images within the fashion industry. It would be interesting to see if any fast-fashion retailers follow these adaptations to their mannequins. The campaign motivates people to embrace their flaws and to reject what the world accepts as perfection. Sarah Geurts is another model who inspires everyone to be confident in their skin.

Missguided is supporting women and helping them to know that each wrinkle makes them unique. Thank you, Missguided for encouraging and motivating women to feel confident in their skin. They have taken a great step to promote women's problems. They highlighted vitiligo, stretch marks, and wrinkles.

I sometimes wonder how these makeup artists are creative and could even transform themselves into any celebrity they want. They can turn anything into something beautiful and attractive.

The mannequins are well received and were a part of the brand's #MarkYourMark campaign which initiated on Dec 2017. What are the other mannequins Missguided should design to reflect women's problems?

What do you think- should other brands also take notes from this campaign? I think this is a huge step by Missguided in the fashion industry and should be promoted by everyone.

Like women, men too suffer from several problems. They sometimes also feel depressed but couldn’t speak. Would you vote if there’s a similar campaign started by Missguided for men?

Have you ever seen any of these types of a mannequin? What was your reaction? Drop your comments below.

9 Labour Unit Nurses Deliver Babies Together & are Winning the Internet