9 Labour Unit Nurses Deliver Babies Together & are Winning the Internet

Can you imagine nine women while working together also delivered babies at the same time? Babies range from 3 weeks to 3 and 1/2 months. Read the full story here. 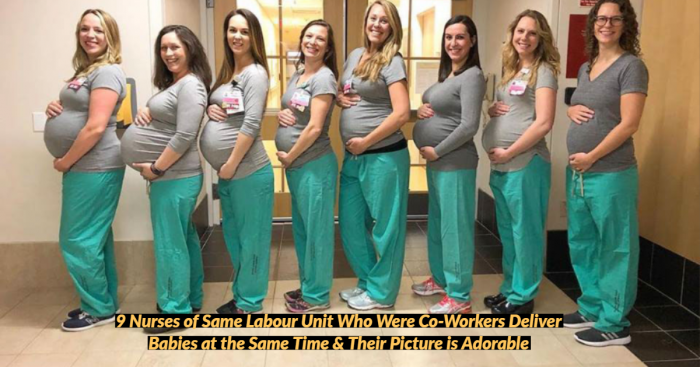 It always sounds good to hear that a woman delivered a cute baby girl/boy. But how would you react if you heard that nine labor unit nurses who were pregnant while working delivered babies at the same time and became mothers together?

In March this year, it was published of an unusual baby boom in one of the Portland’s biggest hospitals in Maine, with nine co-workers expecting at the same time. The Maine Medical Center, where all nine nurses work, posted a picture in March with their baby bumps.

In the picture, the mothers-to-be wore matching scrub pants and gray t-shirts and held up colored paper signs with their due dates. The post received tons of wishes and surprising reactions.

They Were Pregnant But Took Care of Each Other 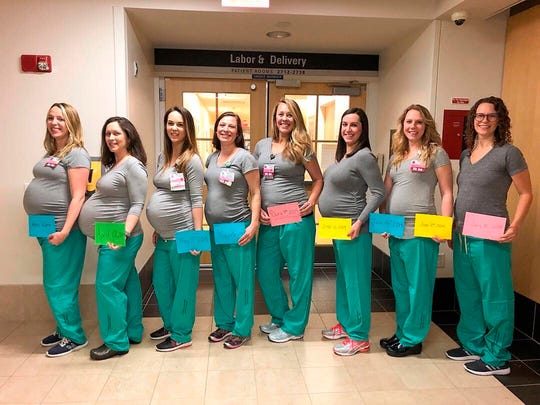 New mother Lonnie Soucie said that they all were friends before this experience, but going through pregnancies brought them closer. Besides doing their regular work, they took care of each other during these days.

“We plan to have many play dates for our babies.”

“I hope someday these babies know just how special the work their mamas do is.” “My kids are 11 and 9 now but I am still so thankful for the L&D nurses that were by my side when I delivered them.” She further added - “It was a pleasure to photograph this group and see the special connection they have. The babies ranged in age from 3 weeks to 3.5 months!”

The Nine Babies When Captured Together Look Adorable 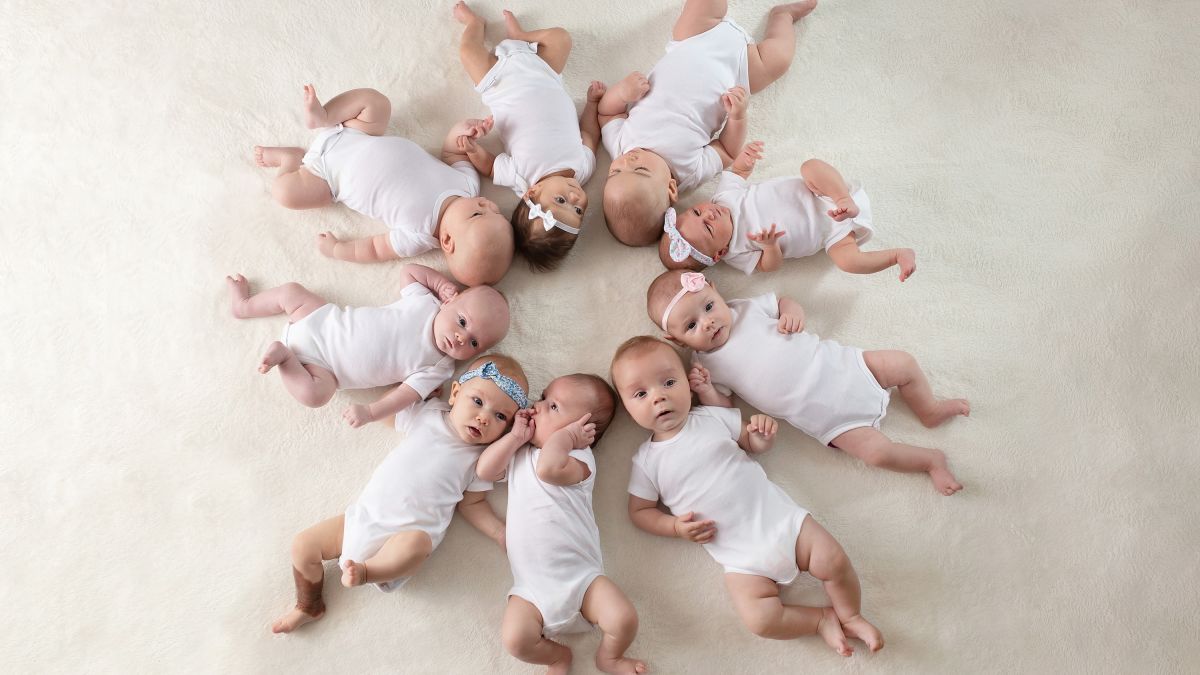 This photo features all nine babies in a circle, wearing white onesies. They look so adorable!

The babies started arriving in April, and this kept on going until the last baby arrived in July. Who knew that the labor and delivery wing that is used to deliver babies would welcome nine babies that too from its staff.

This is the Case of Contagious Pregnancy Theory

This incident spoke a lot about the contagious pregnancy theory. It is reported that this kind of incidence is rare, and it can be contagious. According to research, the decision to have a baby can be positively influenced by your social network.

A lot of women in the hospital are on the maternity leave simultaneously. There are still 80 registered users working in the labor and delivery unit.

The nurses at the Medical Center said they didn’t know how many were expecting until members kept on adding to a Facebook group chat that the nurses created.

Nurse Rochelle Sherman (one of the nurses) said,

“I don’t think we realized just how many of us were pregnant until we started a Facebook group.”

“We all formulated this plan to have the holidays off!"

Garrow said that as their pregnancies progressed, the patients began noticing that most of the nurses around them are expecting. One patient insisted on touching her belly the night before.

That time also, a string of maternity leaves were expected, but officials were prepared and had planned for this for months.

What is your reaction to this? I am surprised and happy at the same time, thinking about how these co-workers become mothers together, and their kids would be friends again.

The story is a perfect example of happy coincidence and is hit on social media. Have you ever read or heard about any incident like this? If so, share the incident below.

We congratulate all the moms on delivering their bundle of joy.