Want to have a successful marriage but not a traditional one? So, here are new marriage types for those who feel the regular type of marriage is less relevant. 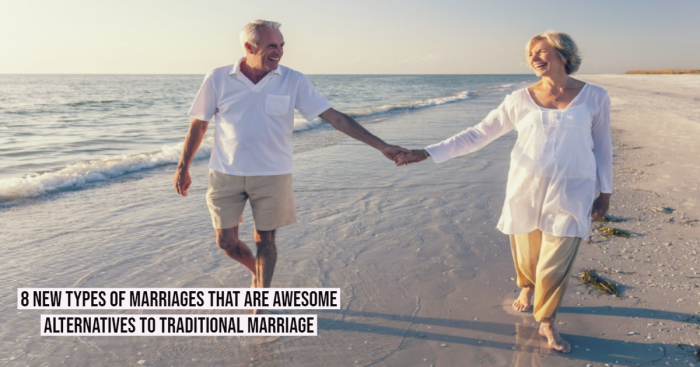 Marriage is the eternal relation two people share. And not today, this ritual has been going on for ages. But time has changed now. And some people only want to stay together but don’t want to get into a traditional marriage thing. Yes, there are alternatives to traditional marriage for those who think the traditional type of marriage is becoming less and less relevant nowadays.

And, these alternatives are also breaking the stereotypes of marriage. Yes, it is nullifying contradicting the definition of successful marriage that’s literally “death do us part” or only ending when one half of the couple dies.

So, let’s learn alternatives to traditional marriage, which may be breaking the stereotypes but making people happy. 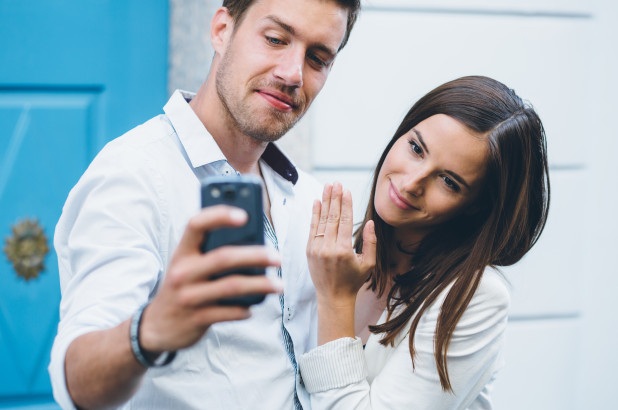 Well, Starter Marriage is nothing but a 'trial' marriage giving the couple a chance to see what marriage is like.

In simple words, it is something like live-in but not exactly live-in. Yes, a Starter Marriage is just like an opportunity for a couple to give a marriage a shot, even without making a lifelong commitment. Sound like you can taste the ice cream in free even before buying it!

Moreover, people in a starter marriage write their contract and set an expiration date for their marriage while the official contract is a regular marriage license. In all, once that date rolls around, they know what they want, hence this is the time when they can easily decide whether or not they’d like to convert their starter marriage to a permanent type of marriage — or part ways.

Apart from that, in a Starter Marriage, couples agree not to have children during the duration of the initial contract. Well, it could be said that this type of marriage is especially for youngsters of the new generation who aren’t sure if they’re quite ready for a lifelong commitment or who don’t have a lot of life experience yet.

Or we can also say it is one great way to prevent a marriage from failing! 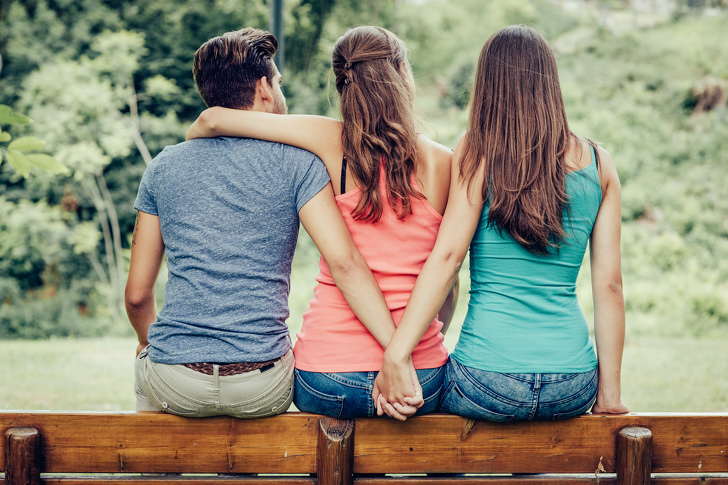 Maybe not accepted morally but in trend for sure. The rules for this kind of marriage say that the partners in open relationships are independent and have the right to feel good with someone else as well.

Besides, these relationships can be open and closed both. The open marriage defines where the couple agrees in advance that each partner may or may not have other partners. In all, in this form, the partners are completely open to each other. That means they can even talk about their romances because they agreed to share each other’s emotions or never lie to each other. While on the other hand, in the closed-form, spouses contemplate cheating normal, but they don’t share about “cheating” with their partner hence, they make sure that their partners don’t know about the other person. However,  must say that it's very rare that such marriages last very long.

There is a recent popular example of an open marriage, i.e., actress Gwyneth Paltrow and her husband, Chris Martin. Yes, this couple tried living in an open marriage which lasted for ten years, and even the best part is they remained good friends even after they broke up.

Open marriages are not the right choice for both who have a more traditional mindset or are jealous. But for those who love to experiment or started this relationship, not because of love but some other interests: money or status, this form of marriage is a better choice.

However, there is one danger in open marriages that only one of the spouses is enjoying it, and the other one accepts the terms to save the relationship. 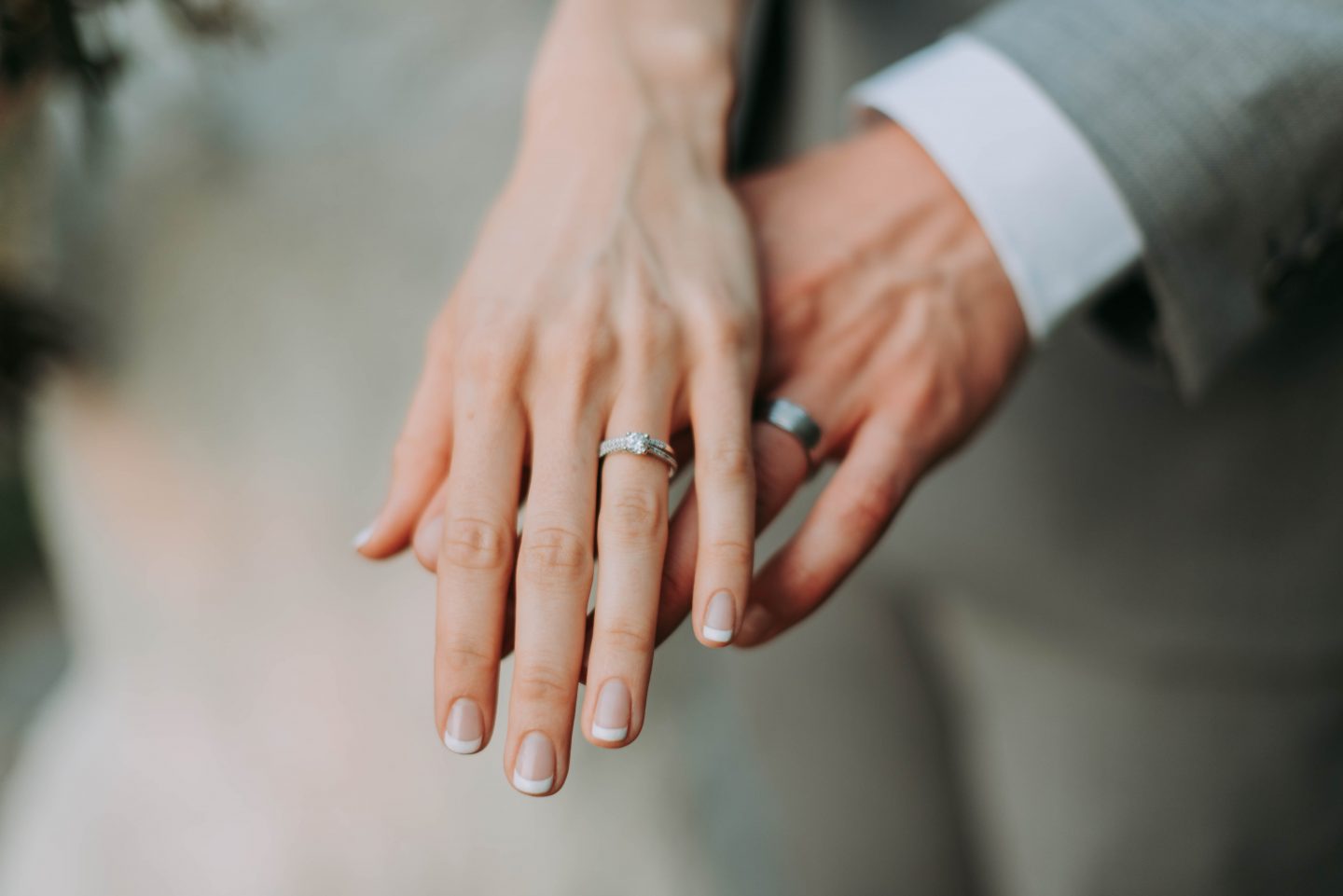 This is the kind of marriage where one gets to agree to add more legal restrictions to make the marriage stronger and more durable and more pliable.

Well, this one is a little tricky. Yes, as other marriage alternatives listed offers more flexibility than traditional marriage, a Covenant Marriage gives less. However, this wedding is a legal alternative marriage document that is available in certain states. In all, couples have to attend premarital counseling and meet other requirements to enter into a Covenant Marriage.

There are rules if they want to get divorced. Before getting the divorce done, prove that you had done everything possible to fix the marriage. Also, one needs to meet certain legal requirements. Also, they have to wait two years before divorcing if one can’t meet those requirements. This type of marriage is extremely popular with highly religious people. 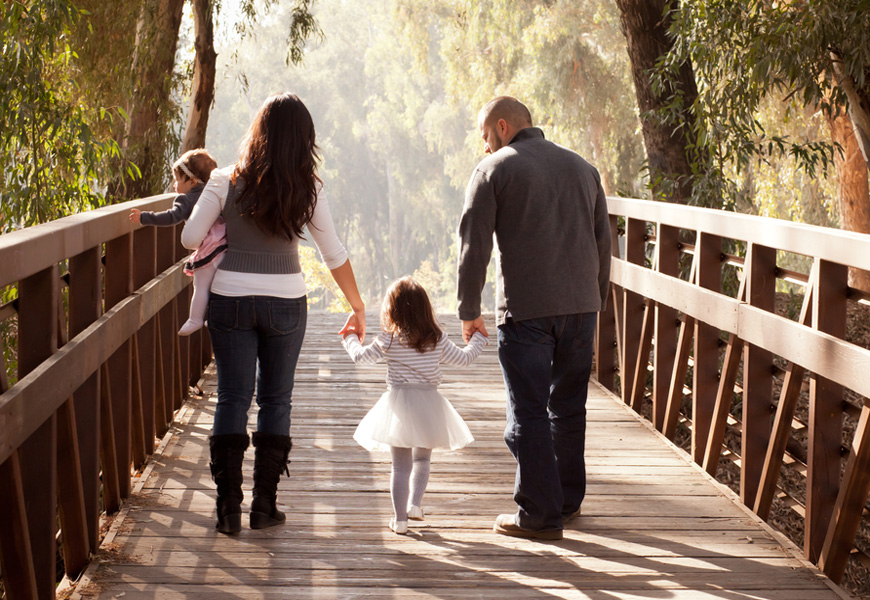 And, as per the name, a Parenting Marriage is what it sounds like a marriage whose main purpose is to raise children. They even don’t give attention to romance or sex but focus on raising children and that too together. That indicates such type of marriage can even occur between two people whose sexualities don’t match, like heterosexual woman, a gay man couple. In all, Parenting Marriage is about two people who are living together but only until their kid is an adult.

5. The Marriage Where Couple Lives Alone But is Together 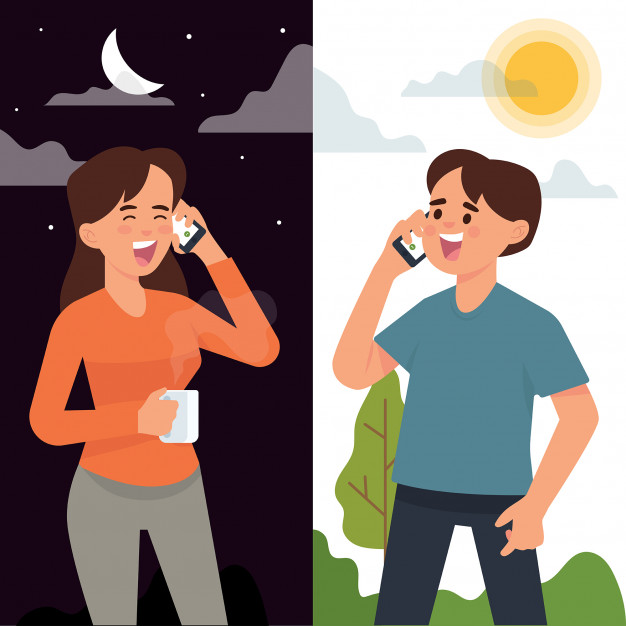 Some people love their space but also want to be committed. This type of marriage is for them. So, the marriage type ‘Living Alone but Together’ means when a couple lives in different places — either different houses or just different cities — while staying married.

According to some surveys, couples who have been together since long and need a break but don’t want a divorce, it is a good option. Because this way, they can not only ease their way into a marriage but can also live a happy life. However, this relation demands really strong trust between spouses, great communication, and can also lead to some creative forms of intimacy to spice up their relationship. 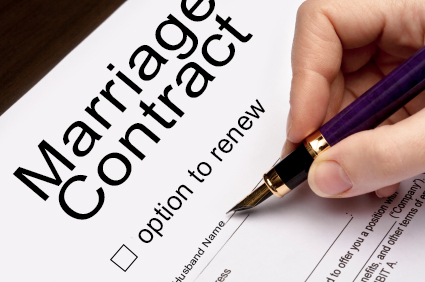 Well, as the time change, this is an apt way to stay married. Yes, it is a relatively new form of coupling when wedlock is only expected to last for a specific period, for example, four years. After this time, the relationship is supposed to be naturally stopped, and the partners have to consider all the ups and downs and take any decision as they either get married for some more time, broke up, or get married forever.

And as mentioned earlier, since the modern world is changing very fast, this is a good choice. We are saying it at repeat because people change, their values change, and so do their plans.

Yes, the person you met at the beginning, with whom you wanted to live your entire life,  may change with time. But what if you don’t consider them attractive anymore when they’ve changed? Maybe that time you realize that you have different goals or different views of the future. For instance, one of you wants a kid, and the other one doesn’t. 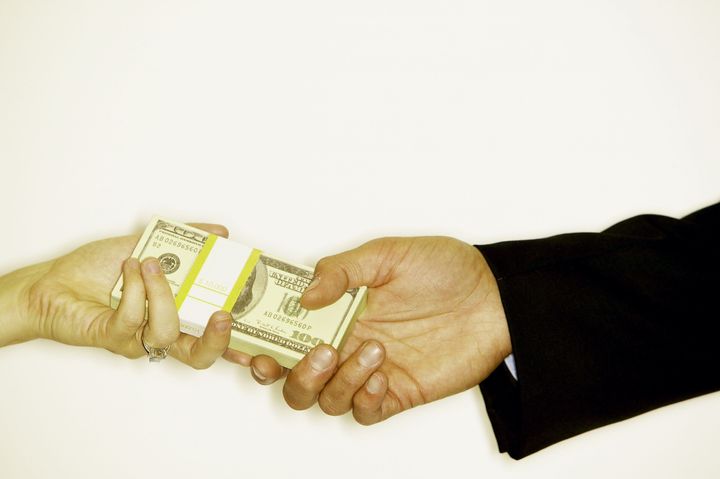 Well, this is the type which people are adopting a lot. Yes, there are cases we have seen when people put the need for financial and even emotional security on par with (and perhaps even higher than) love as a reason to get married.

In all, this is a marriage type in which one half of the couple is marrying for financial security only. 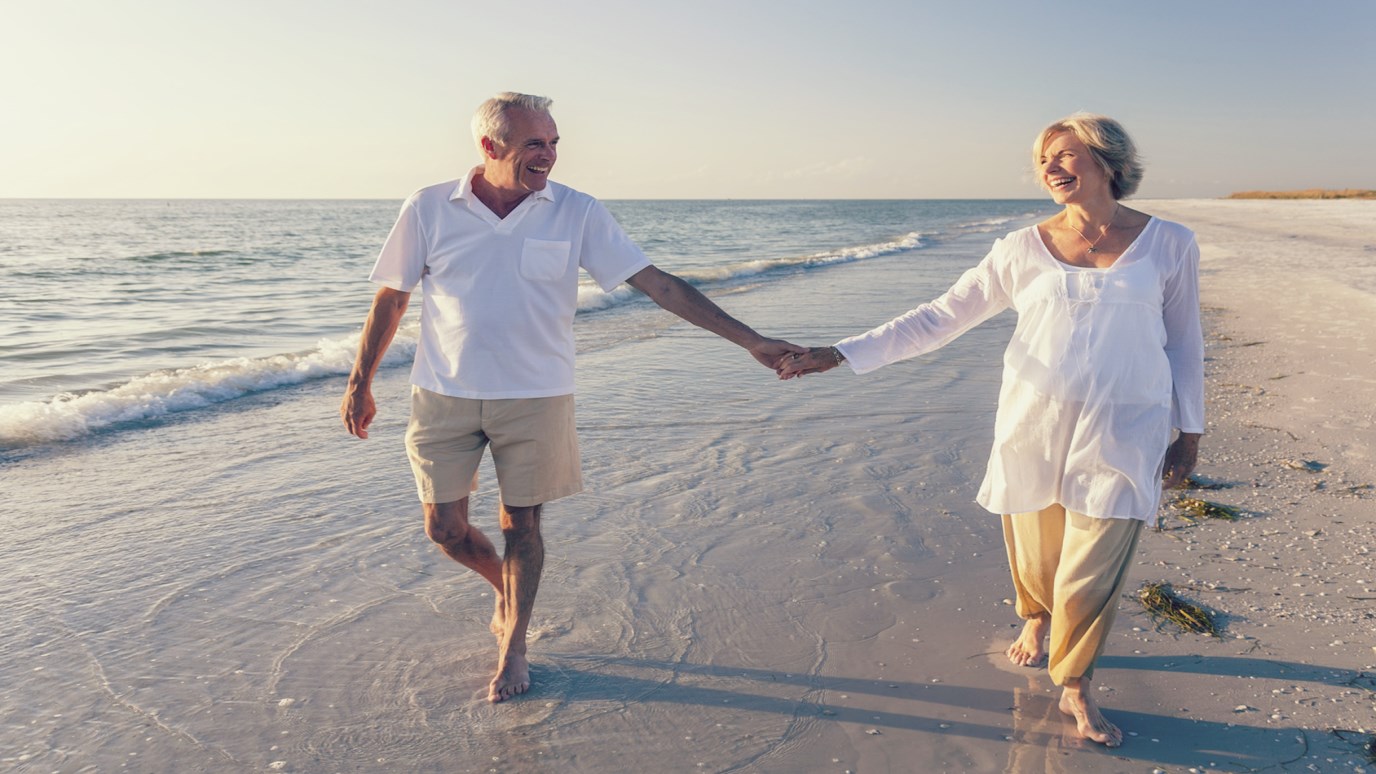 While defining a Companionship Marriage, it is more about practical love or less about passion-filled romantic love.

A companionship marriage focuses on a friendship-based marriage and skips right to the “passionate love.” It could be seen that for older couples, it’s common and also those whose children have already left the house.

In all, for people who don’t want to grow old alone and also not expecting that romantic energy anymore.

Well, these are few alternatives described by several authors in their books, for example, Vicki Larson and her co-author, Susan Pease Gadoua, in their book “The New I Do: Reshaping Marriage for Skeptics, Realists, and Rebels” and many more. So, if you like any of the above, try to save your marriage. And, tell us which one is best according to you.

Also, tell us if you are one of those who are against such alternatives or think that nothing can replace traditional marriages!