How Did Darth Vader Eat?

Us Star Wars Enthusiasts were always fascinated by Darth Vader and his armor suit which was equipped with artificial breathing a... 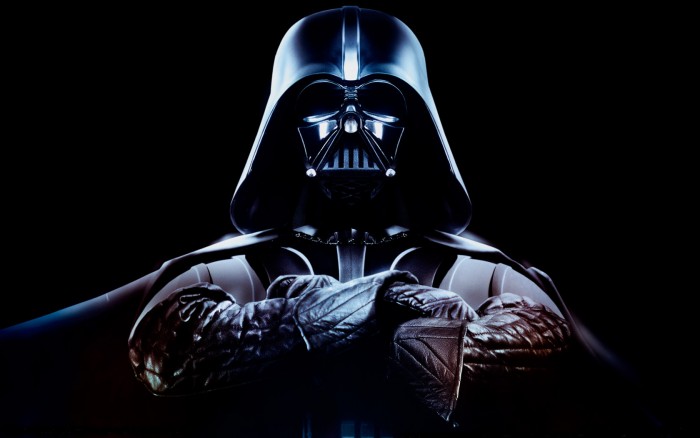 Us Star Wars Enthusiasts were always fascinated by Darth Vader and his armor suit which was equipped with artificial breathing apparatus. It was very crucial for his survival, the black armor which was also his Mobile Life Support System, he could only take it out in special medical chamber of his.

And if you paid attention there was no significant opening to his hard mask, so as to facilitate the bare necessity to eat.

So, how did the lord vader eat? He still is a human afterall, and humans need to eat to survive.

Everyone is at table, Darth Vader presiding at the head; he is neither eating nor drinking. Lando eats with a good appetite. The others; Chewbacca sits quiet, not touching anything. Han and Leia have lost their appetites but both…and especially Han…are drinking wine. Looking at Lando and contemplating murder.

LANDO : You see, Han, I had no choice. I knew who the Princess was the moment you landed, I knew that the Empire wanted you both…and the Empire is important to me. I suppose that I really owe my comfortable existence here to the Empire, though I'm not a part of it, and I continue to trade with both sides. So I really had no choice.

HAN : I hope you were well paid. You know what’s going to happen to us.

LANDO : Lord Vader assured me that nothing would happen to any of you.

LEIA : Ha! I’ve enjoyed Lord Vader’s hospitality before. What’s the matter, Lord Vader? Have you gone so far beyond humanity that you no longer need to eat, or drink?

DARTH VADER : I have had to forego those simple pleasures, along with many others; but there are compensations I survive. And you’re forgetting something, Princess. When we entertained you aboard the Death Star, you had information that we needed. Now you have nothing. 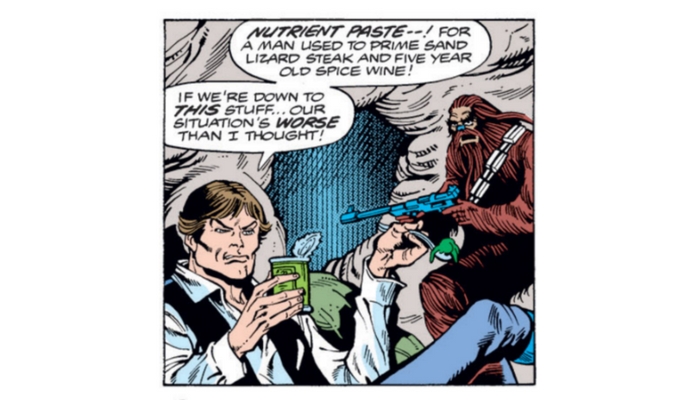 RepMed vita paste was an edible paste provided for those beings unable to consume food normally. After his injuries on Mustafar, Darth Vader consumed this product through feeding straws in his mask. DD-13 made the implication that it tasted awful.

The Vitapaste Was Stored In A Implanted Bladder 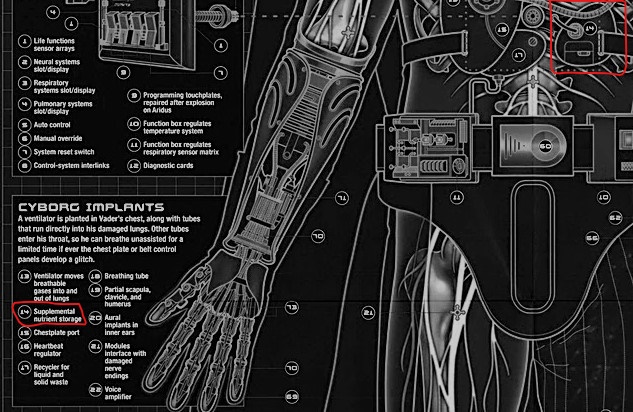 The collar of his armor that was equipped with feeding straws that allowed Vader to feed himself from an implanted bladder filled with RepMed vitapaste, and could be refilled either during monthly maintenance, or on demand. Despite this, however, a redundant system to accommodate intravenous feeding was also installed because of the vitapaste's terrible taste… 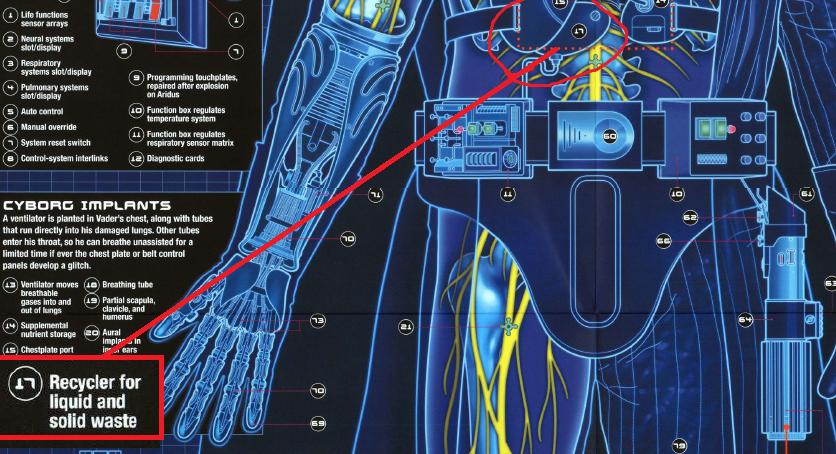 Catheters and collection pouches were the primary way in which waste was collected and removed from his body.

You didn’t think about that in the final face off Vader and Luke, now did you?

Patchface Theories That Will Blow Your Mind