You have been training for a few months now, and loving the boxing practice. Still, you are not confident about the punches you throw. It seems you are probably looking to boost your boxing skills to get to the next level. 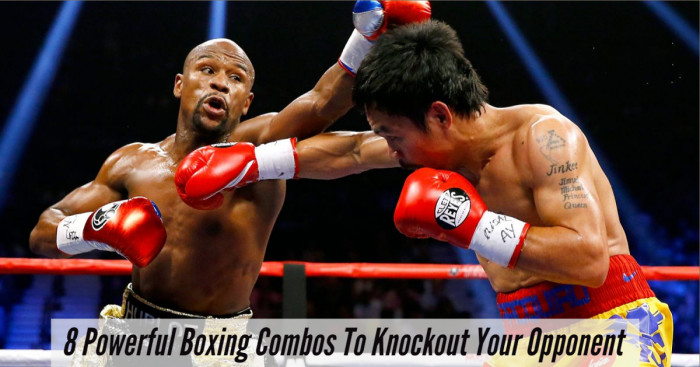 Whether you are a trained boxer or a beginner, you must have noticed boxers on TV throwing punches so quick that they appear to be continuous. You have mastered the jab, the hook and the cross. You throw a number of boxing combinations in a session. Some work smooth from start to end, while some are thrown wrong in the ring and disturb the body’s mechanics.

So what are the best boxing techniques to make a perfect combination? When you are new to this MMA, it can be hard to throw the punches which make for ideal boxing combinations. You end up throwing same boxing combos again and again what your instructor has demonstrated.

Sometimes kickboxing is also considered the same as boxing, but the two differ in techniques. Kickboxing techniques use both hands and legs, while only hands are used in boxing.

If you are trying to find out the best boxing combos to throw on opponent, here is a list of some basic and effective boxing combinations that you should practice to win.

1-2 jab cross is the most basic boxing combination every boxer should learn to throw. You can actually win the fight by mastering the jab right cross combination. You have probably been throwing 1-2 punches on your annoying brother long before you got trained in boxing. Learn how to box 1-2 jab right cross in steps. Watch the video here! 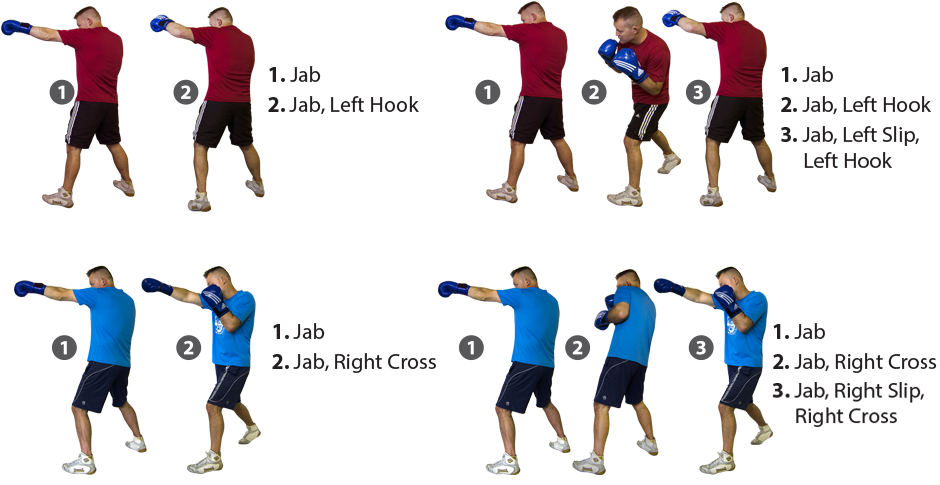 This boxing combination surprises any opponent because it is thrown from a downward angle. If the opponent tries to hide with his head down, this left uppercut will pop his head up so you can punch him with the right hand.

If you are competing with an aggressive opponent that’s attacking your space, you don’t get time to start with the basic jab combinations. What you can do is, throw right cross-left hook-right cross combination on your opponent. Start out with 2-3-2 punches, dig your feet and hurt him.

When an opponent is tough and even your jabs could not attack him, this is when you should go with Jab + rear hook boxing combo. It is the most underrated boxing combination, it is quite effective than other punches or boxing combos. This combination was seen in the fight between Miguel Cotto Bout and Floyd Mayweather in 2012. After watching his opponent, Mayweather began to pull up Cotto’s guard with his jab and throw a rear hook right behind it.

This combination is the most powerful punch in an MMA like boxing. It is a punch that requires concentration and momentum. After breaking the opponent's guard with a jab-cross, the lead hook is the last punch in the combination.

This boxing combination starts with the jab to distract the opponent and then paves way for a straight right. Following this, the uppercut punch is thrown on the same side as the previous one.

After throwing a punch, when you pull your hands back, use the same force to continue the punch for an uppercut. It is recommended to make the best use of weight on the front foot to throw a powerful left hook.

It is another boxing combo that every boxer should practice to knock out the opponent. The combo starts with a jab and then 3 powerful punches (right hand, left hook and right hand) are thrown continuously to distract the opponent.

The next time you head to the boxing ring, don’t forget to try these powerful boxing combinations on your opponent.