8 Day-Brightening Stories That Will Revive Your Faith in Humanity

Have you ever wondered how a small act of kindness changes someone’s life? Yes, that’s true! Check out these 8 soul-stirring life stories that depict the same. 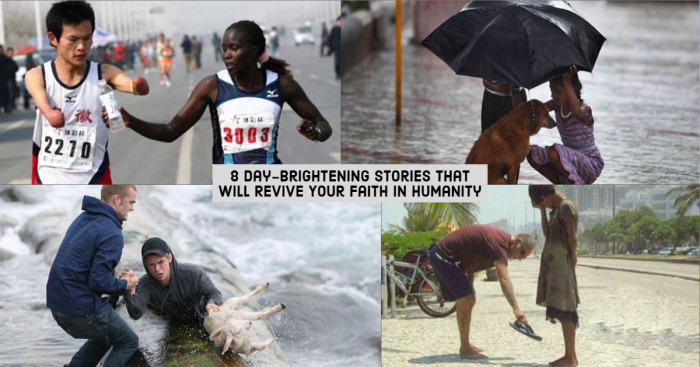 Life is all about small acts of kindness! It is one beautiful language that the deaf can hear,  and the blind can see. Yes, the world can be a tough place and life isn’t always easy. At that point in life, if one only offers a kind smile, it might give someone huge strength.

“A warm smile is the universal language of kindness.”

“Wherever there is a human being, there is an opportunity for kindness.”

And, these kind-hearted people proved it. Oh yes, there is no better example of goodness in our world than random acts of kindness performed by total strangers.

Here are 8 heartwarming stories of people that will revive your faith in humanity.

1. ‘Marvel Comics’ Invented a New Superhero for a Little Boy with Hearing Problem! Anthony Smith, little-boy suffering from hearing issues, had to wear a hearing aid since the age of 4. But as a child, he disliked it because of the obvious reason that he felt different from other children. And, he refused to use it by saying:

Further, Anthony’s mother wrote an e-mail to Marvel Comics and told them the entire and asked for help. Therefore, Marvel people created a deaf superhero with name Blue Ear. And as we can see in the above image, this act of Marvel Comic changed Anthony’s mind. 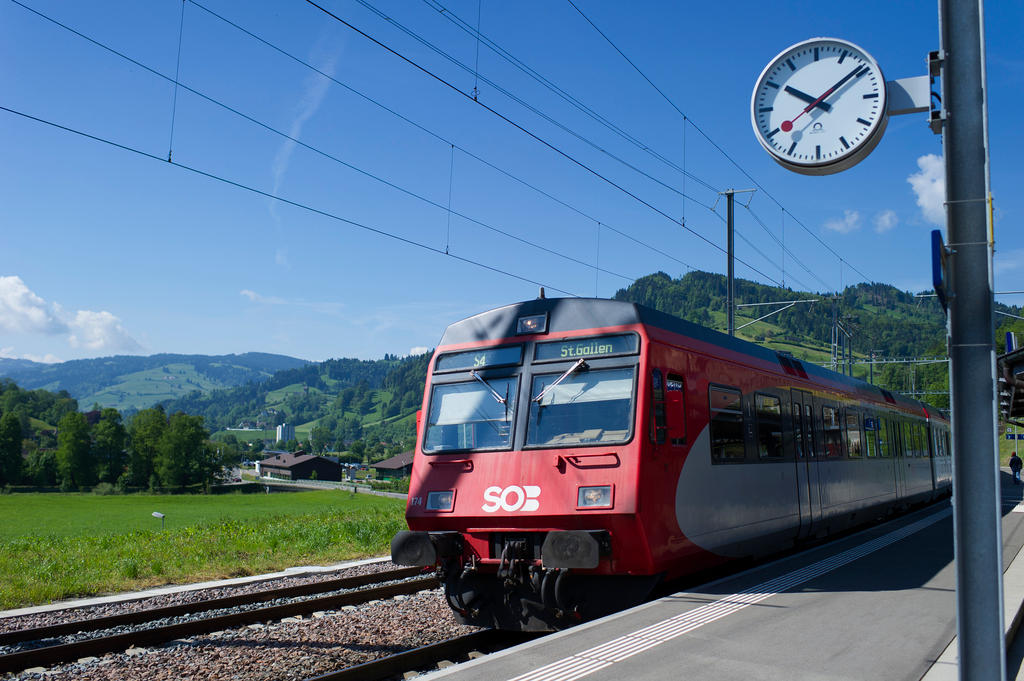 A guy Vinod Nelson who was traveling to Frankfurt had just left Switzerland and train came to an unexpected halt. Then terrible news came over the speakers that the train would not be continuing to Frankfurt. Now, since  Nelson had his flight back to Afghanistan after the train journey, he would miss it if he could not find another way to get there.

There he asked a cab driver about the rental fare and heard “200 euros” which was a price well within the 350 euros what he had in his pocket. And, both agreed to the ride. But after an hour into the drive, the meter suddenly ticked more than 200 euros. This figure made  Nelson panic and question the fare again.

Nervously, Nelson explained his genuine mistake to the driver and urged that he did not mean to trick him. Even though Nelson couldn’t pay the fare, he still needed to reach the airport. Fortunately, the driver considered the situation.

“Somehow I trust you, I have no reason to, but I do think you will make sure you pay me when you get home. If you don’t… well, I would learn my lesson.”

Nelson took his flight home and lived up to his promise to the driver as soon as he got there.

Thanks to the blind belief of a stranger!

3. ‘Messi’ is the Reason Behind the Smile!

This story has also become a real internet sensation! As per the photo, one of the youngest fans of Messi, Murtaza, designed a handmade Lionel Messi shirt out of a plastic bag. When the picture of Murtaza went viral on social media and was seen by Messi, the football celebrity himself decided to give his young fan a pleasant surprise. Then, UNICEF delivered the Messi T-shirt to Murtaza with his very own autograph on it. 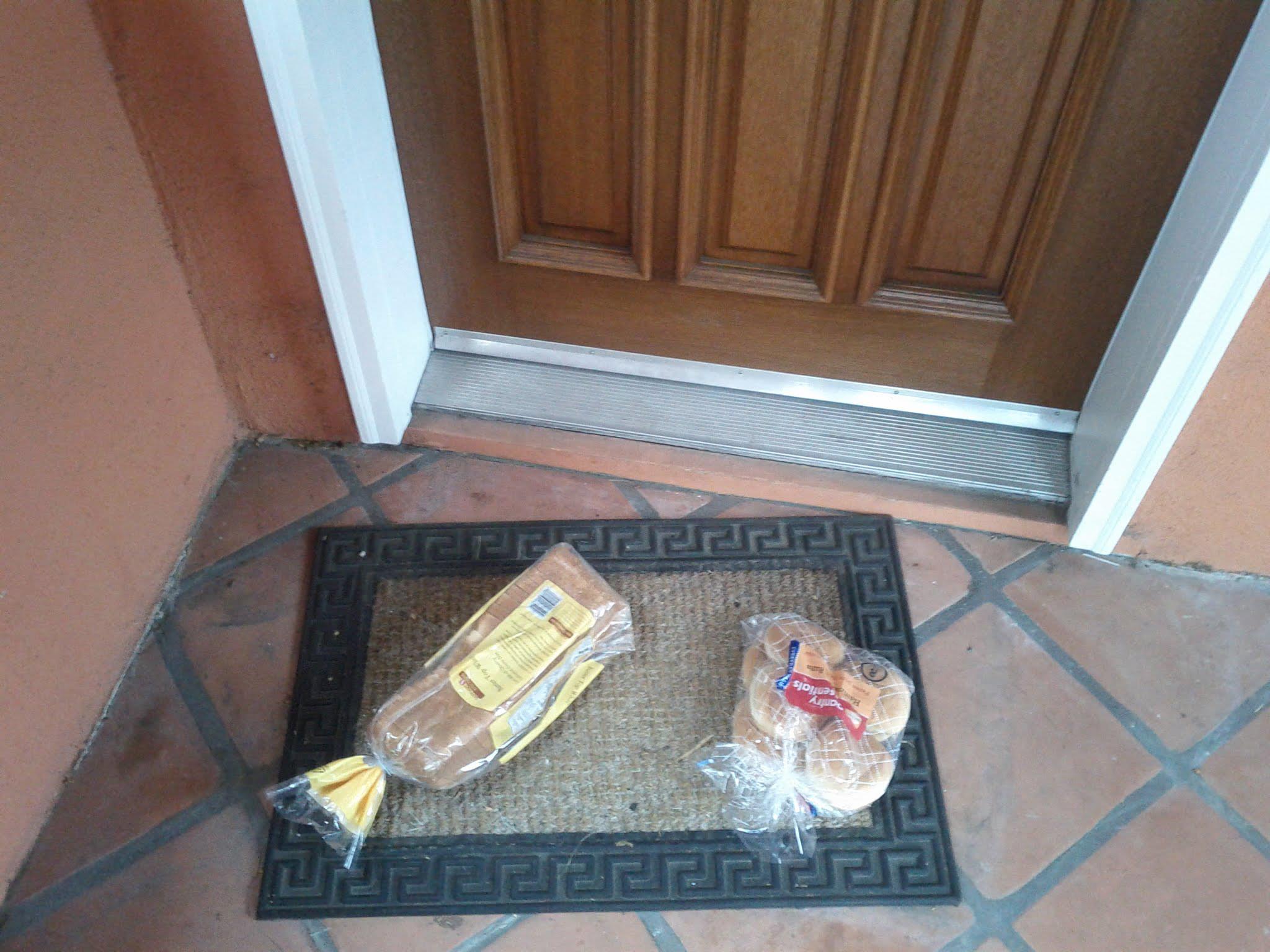 “It was the time when my mother, going through a divorce and worried over her new concerns like no income, the bills, and no money for groceries. And it was a long time since we haven't had food. All of a sudden we started finding boxes of food outside our door every morning. It was not for a day or two, but this went on for months till she was able to get a job.

It was a forever secret that who left the groceries or food there, but someone truly saved our lives.”

Well, such heartwarming story surely restores our faith in humanity.

5. A Group of Young Men Built a New House for an Old Man Through Online Fundraising! 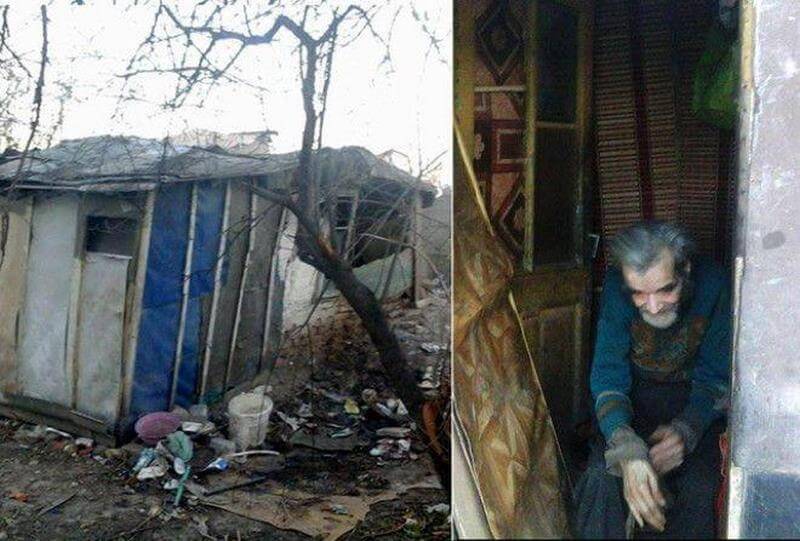 A 71-year-old man, Ion Negrila, lost his wife in 2006 in the same house showed in the picture, and this old man refuses to leave even though it’s really old and dilapidated. After knowing this situation, some young men decided to help. These men asked people to collect money with the help of social media and succeeded to raise €1,000. 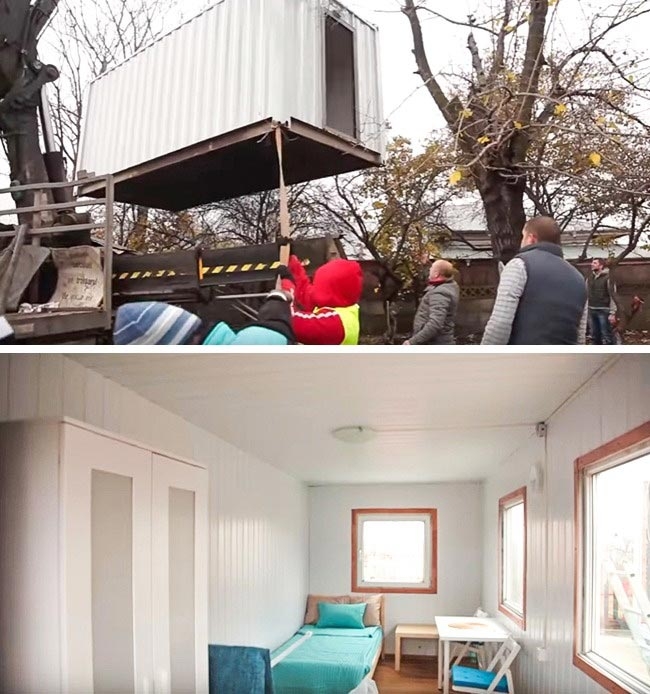 And, since the man didn’t want to move, they built a new house in the same spot. They proved how richness is not important,  only an intention to help is enough. 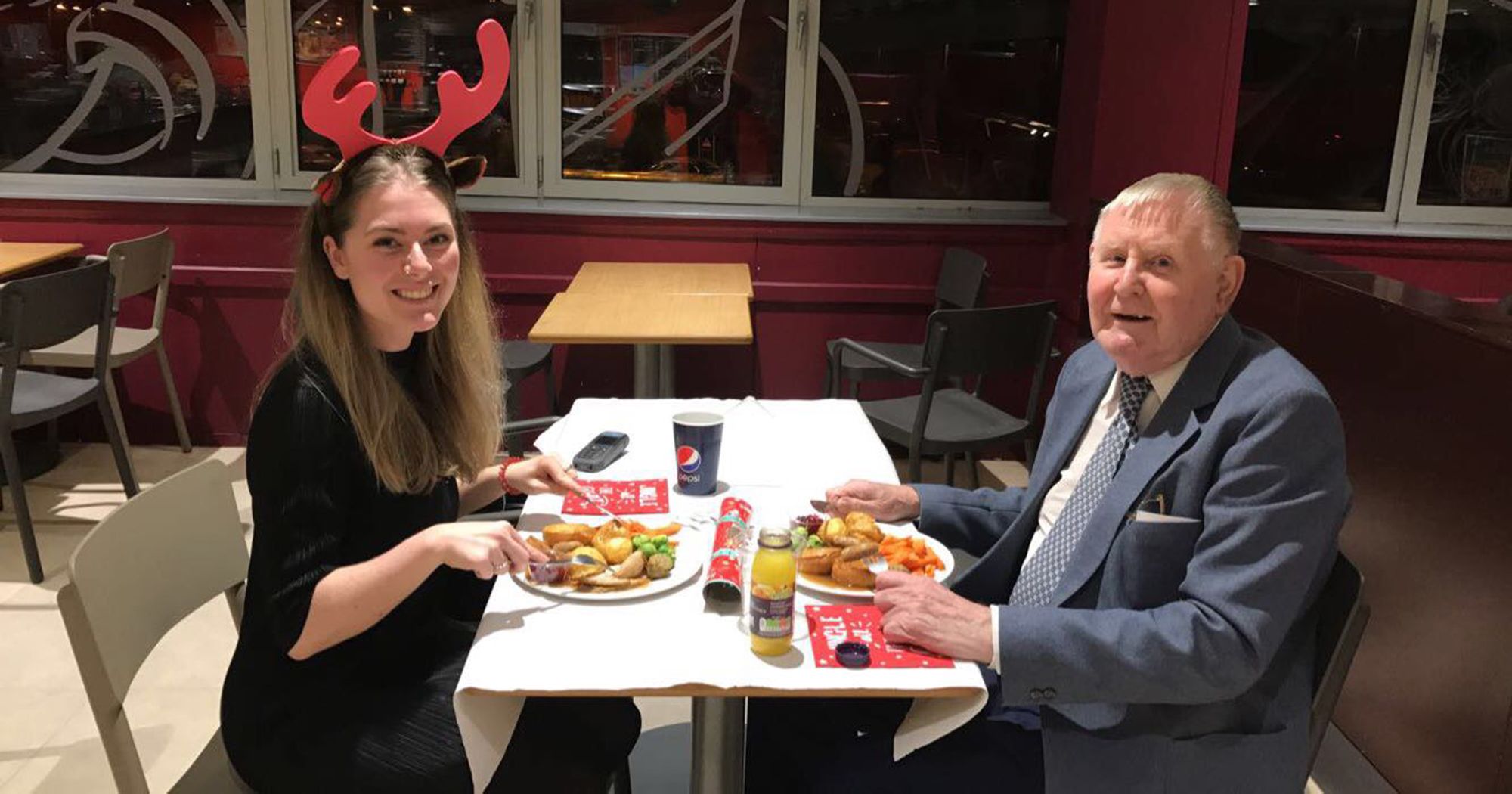 This is one very heart touching story. As Edwin Holmes(widower) always visited a store completely alone, Ellie (a supermarket assistant) noticed and asked about his story. Soon she got to knew that he is alone as his wife died a few years ago. Hence, Ellie invited him for dinner when she found out he would be alone for Christmas Eve.

And, then Edwin came to the restaurant with a bunch of flowers. He said that he wore his best suit and was as nervous as a schoolboy. Well, they meet very often as friends to grab a bite or sip a coffee together.

7. Winnie-the-Pooh Calls Up Sick Children to Make Them Laugh & Help Them Feel Better 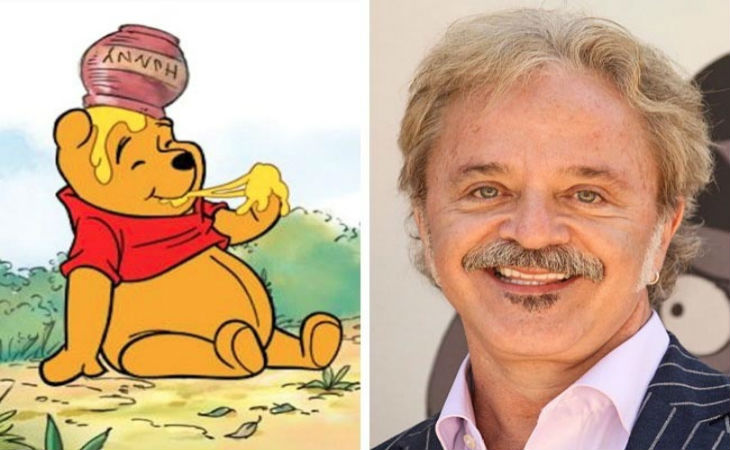 Jim Cummings, the actor who is the voice of Winnie-the-Pooh, in cooperation with Make-A-Wish, calls sick children who are at the hospital and speaks in Winnie-the-Pooh’s voice. This gesture of him makes them laugh and help them feel better.

There was one autistic child whom he talked to and who was quite reserved and shy. Even he was very enthusiastic about talking to Winnie-the-Pooh and became happier by asking him questions. 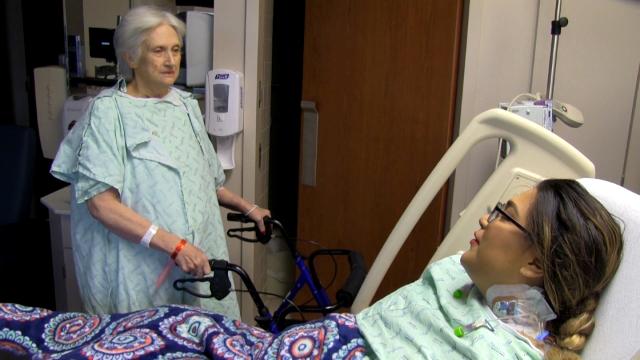 This is one wonderful story! A 69-year-old great-grandmother, Brenda Jones, had spent a long year waiting for the donor to receive a liver. Then suddenly a hospital in North Texas called Brenda and said they found a suitable liver for her.

But, in the same interval,  a  23-year-old girl Abigail Flores also needed a liver. Unfortunately, Abigail’s situation was more urgent than Jones’s. Even, doctors feared that Flores had maybe one more day to live without a transplant. Hence they told everything about the situation to Brenda.

“In my heart, I wouldn’t have been able to live with the liver if I had let this little girl die, and I still had more time ... I would have been a very selfish person.",

And she gave the organ to Abigail Flores happily. As Brenda helped someone without a second thought, God helped her getting a new liver some days later.

No wonder, such a big heart she has. God Bless Brenda!

Undoubtedly, these extraordinary stories of selfless giving are heart touching. It is true that when it comes to kindness, there isn’t a deed that’s too small or insignificant. Every selfless good deed makes our world a better place.

Even it is said by a Scots-American preacher Peter Marshall,