It seems like the world belongs to memes, like these days all the social networks are filled with memes and they are so hilarious that you can’t control your laugh. 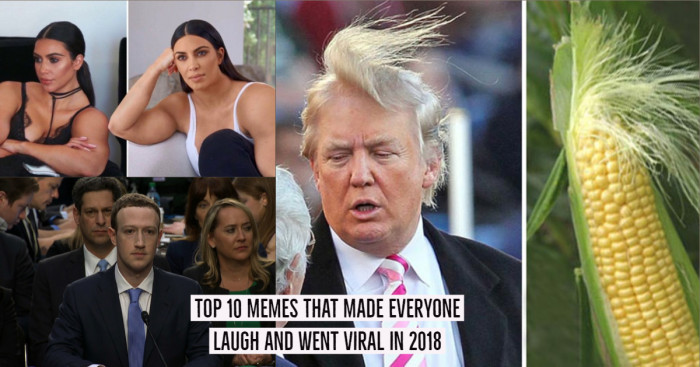 How many of you agree that the internet is wasting a lot of time? While the internet can connect millions from around the world, it can create convenience of exchanging information between users which is also making us addictive.

The Internet can be a wild place, but sometimes it surprises us with the viral trends. Earlier, when social networks like Facebook, WhatsApp, and Instagram were the sources to send the text, images and to do video calls, today they have become home to memes.

But have you ever wondered from where did the memes come? Thanks to the creative people and yes, the photographers who capture the expressions at the right moment.

Memes continue to make us laugh. While there are memes that attract the crowd and turn into viral sensations, some make us scratch our heads.

The year 2018 has seen all kinds of subjects (celebrities, biological, cartoon) turning into memes. Right from Jennifer Garner memes to Sacred Games memes, here are the best memes that went viral in the bygone year and made us laugh.

To be honest, this voting meme could have attracted more crowd, but it had a short life because you don’t have elections 24*7 round the year. In this, a person compared his feelings when he voted in 2016 and then in 2018. Comparing the two pictures, it showcases the commitment and the determination to help his country. The meme received 28316 tweets and 11,922 likes.

2. When You Don’t Know the Abbreviations 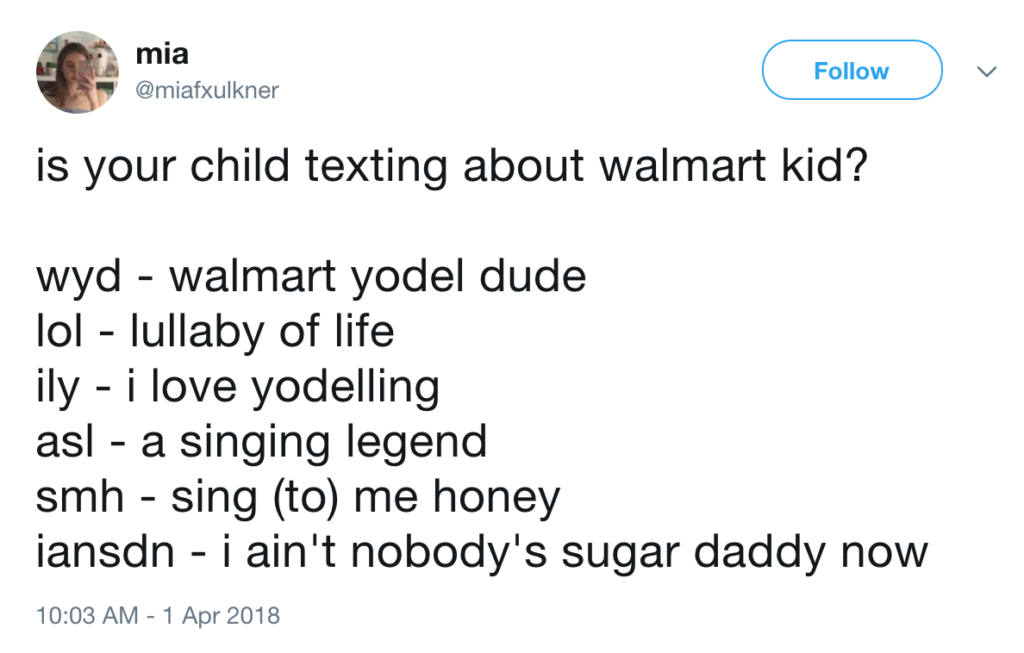 This is what happens when you don’t know the internet slangs! Do you understand what the child was texting about? I heard LOL means Laugh out Loud! This is one of the funniest memes I ever read in 2018.

When you’re having a good time and realize you forgot to thaw the chicken for your mama pic.twitter.com/M2SStgA2VP

I am still wondering if she was really excited at the Oscars or clapping sarcastically. The internet compared her mood changes, and as expected the actress Jennifer Garner trolled for her expressions.

4. Mark Zuckerberg’s Expressions are Surely Not to be Missed!

Mark #Zuckerberg: “You’re not allowed to have fake profiles on Facebook.”

WHY WON'T MY GRANDSON ACCEPT MY FRIEND REQUEST? pic.twitter.com/WEXonYDzKS

This meme of Mark Zuckerberg is to the point. After his awkward congressional hearing, the internet made everyone’s day. Thanks to the creative people who turned this bad situation into a funny meme.

Any Savdhaan India fans here! I am sorry, but this hilarious combination of the popular Bollywood song ‘Dekhte Dekhte’ and Savdhaan India fame Anoop Soni is something that made everyone laugh in 2018.

OMG! Is this Jethalal from Tarak Mehta Ka Ooltah Chashmah?

Must say Dekhte Dekhte memes are to the point.

6. Donald Trump and Hilarious Memes on Him That went Viral in 2018

It is no secret that Donald Trump has a strong relation with memes. It was in 2017 when Donald Trump showed his anger towards football players who kneel in protest during the national anthem, saying he believed that NFL should fire any player who did so. That’s it, his comments spread like fire and gave birth to the collection of hilarious memes. 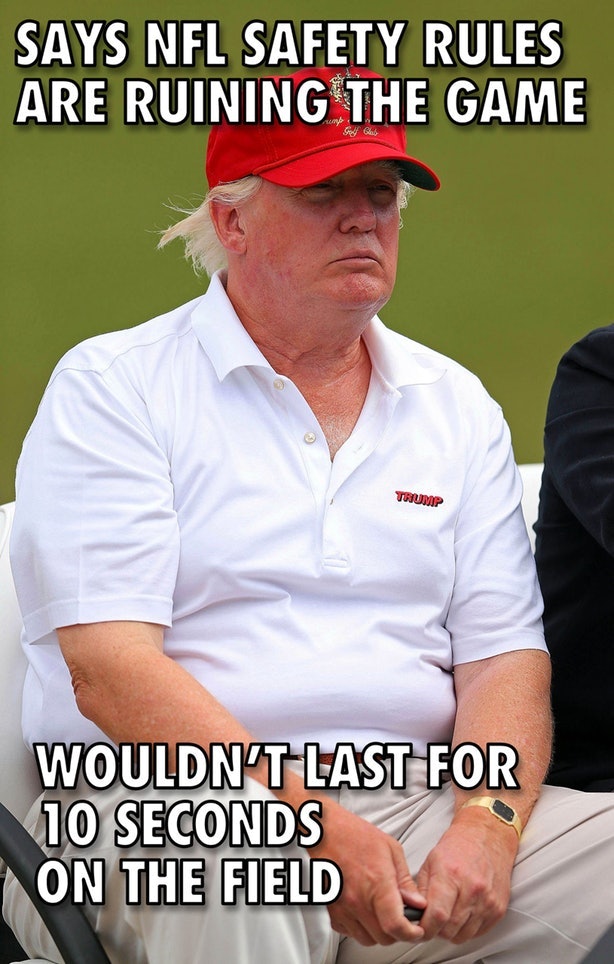 HAPPENING NOW: After greeting guests the Trump's are seated and chatting with friends at their Super Bowl party. pic.twitter.com/WGWPoLztyT

Honestly, my first thought when I saw the screen blackout was that Trump did something. #Trauma #SuperBowl pic.twitter.com/wHn08Z4IPU

If you are a huge fan of Trump, here are some more Donald Trump’s memes from the collection.

7. Is This What Happened at the Royal Wedding?

when back that ass up comes on in the club pic.twitter.com/HBrmPsslIQ

— Diddy, flummoxed by a dollar in his possession (@aDopamineFiend) April 1, 2018

For all those who were desperate to know what went on during the royal wedding reception of Harry-Meghan that followed Meghan Markle securing the bag, refer to the running Prince Harry meme. His sudden exit from the interview in an unedited clip turned a conversation into a hilarious meme. (9.1)

This phrase is one of the best memes in the list that set the trend in 2018. Creative geniuses turned this classy phrase into the perfect viral meme about growth and self-acceptance. Here are some people who used this phrase seriously.

if you then you
don't love don't deserve
me at my me at my pic.twitter.com/OS42OvGN0g

I don’t get this, I’m equally pretty in both https://t.co/JBZIEnrfTu

if you then you don’t
don’t love deserve
me at my me at my pic.twitter.com/fFsFYHMnJ4

These memes are only for the ADULTS. Scroll below only if you have a dirty mind. 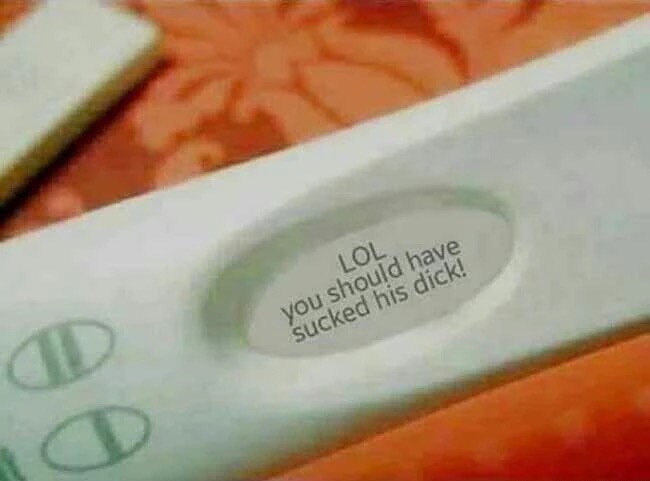 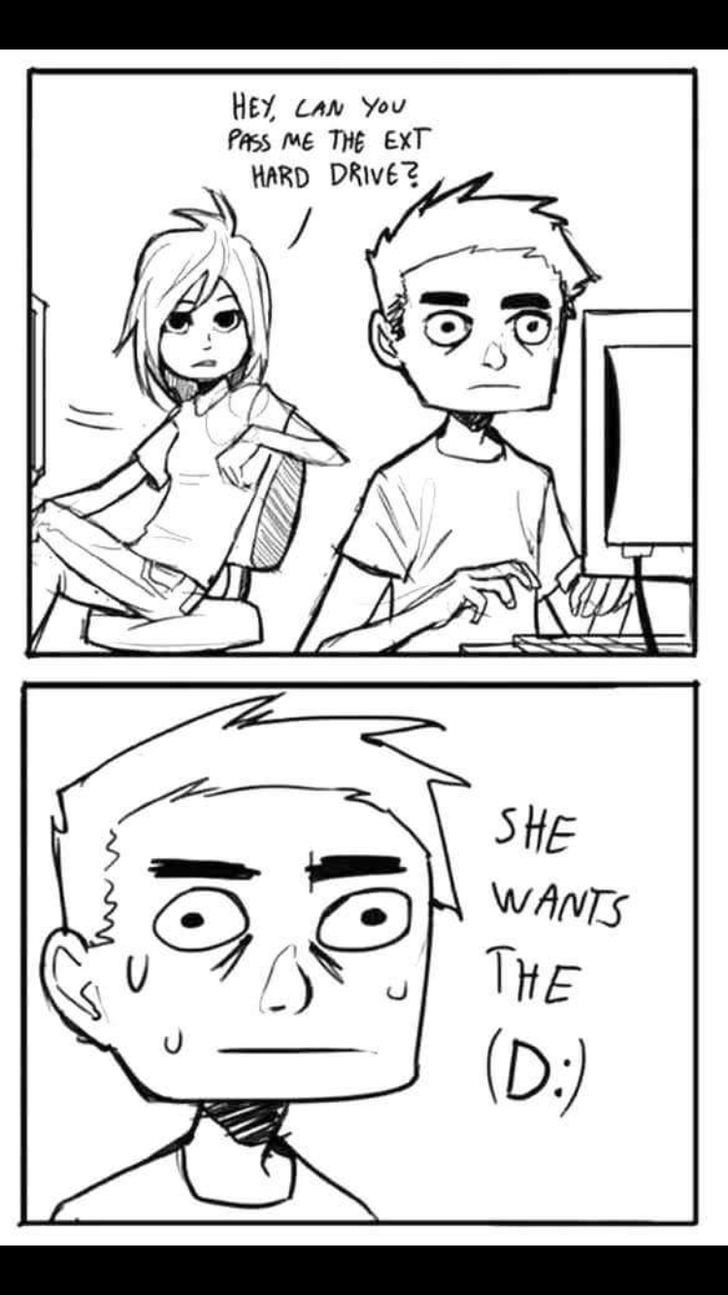 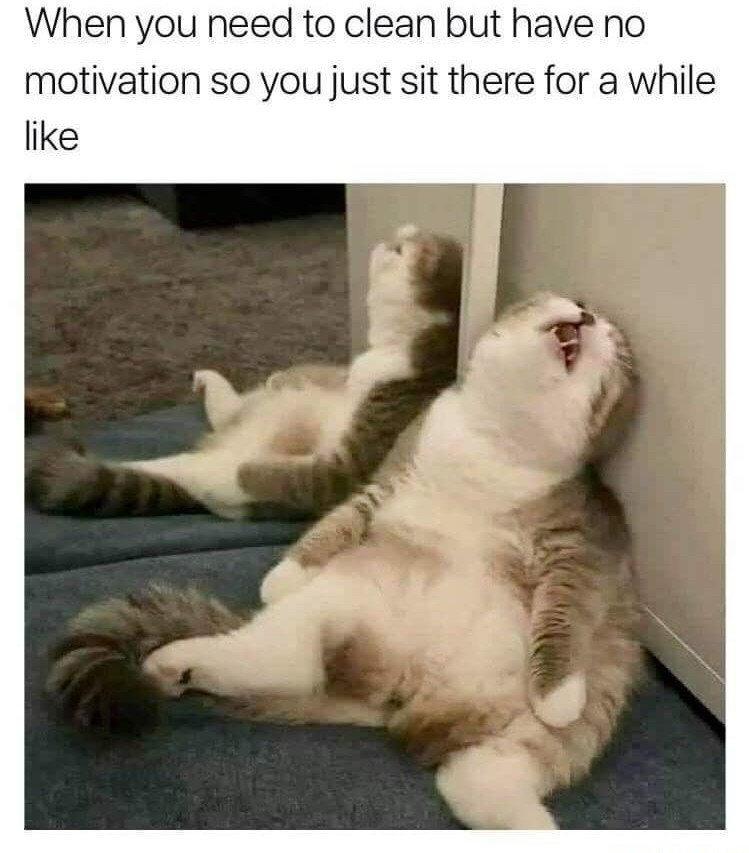 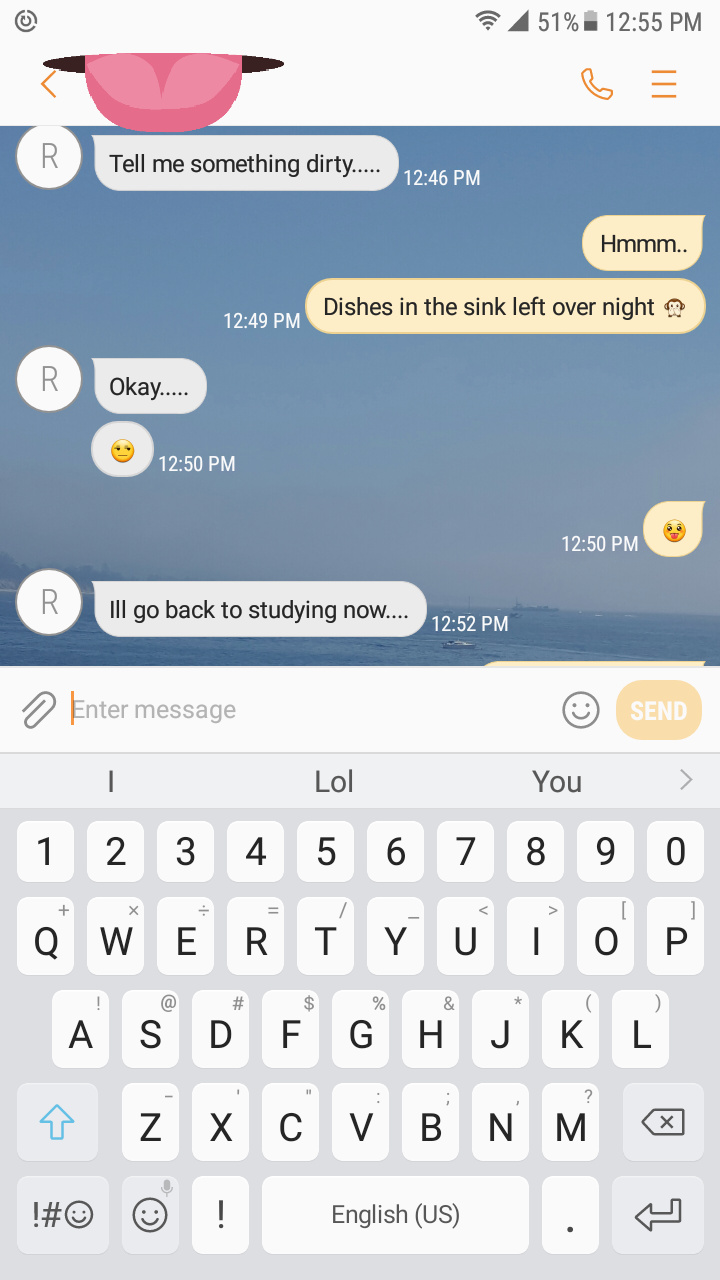 Do you know anything about dank memes? They are iconic expressions in which the comedy is excessively overdone to the point and contain intentional artifacts (poor image quality, unpleasant audio).

Here are the best dank memes that were enjoyed by the crowd. 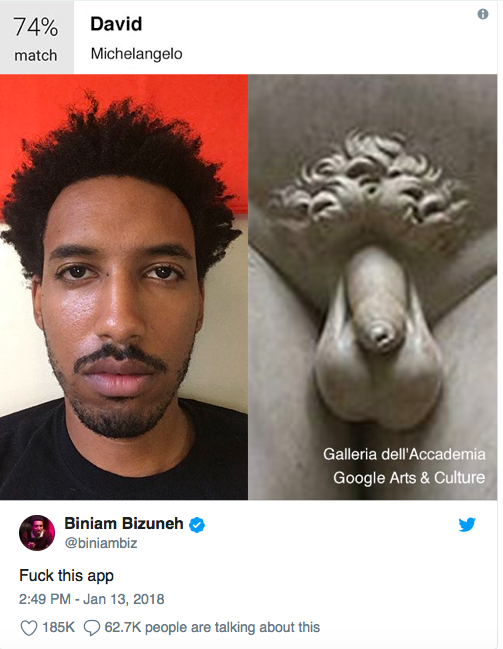 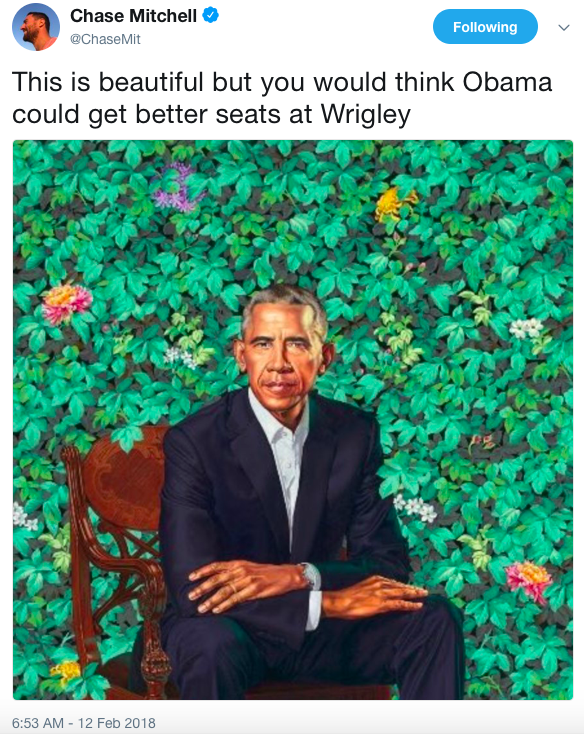 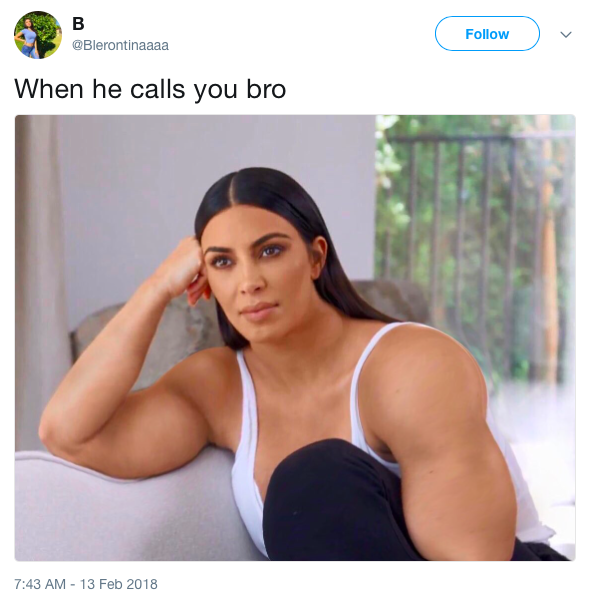 Whoever had done this photoshop must be a huge fan of Kim Kardashian.

Imagine! What would you be doing without memes? They are becoming a crucial part of everyone’s lives. Apart from making us laugh, there are other reasons we should thank memes for and particularly the creative admins. Although they kill time, memes bring us closer to our friends because they are quite relatable and tagging someone is like saying  ‘I miss you.’

Did anyone ever tag you in a meme? If so, thank them, at least, they are missing you even in their worst cases. Drop your comments below and if possible share the pictures so that we can also laugh.

Funny Memes Depict How US Residents Feel Through Polar Vortex 2019