The Great Irish Potato Famine & Its Mystery Has Been Revealed

The mystery behind the potato famine is revealed by the historians after thorough research activities to find the cause of the potato blight and its effects on the people of Ireland. 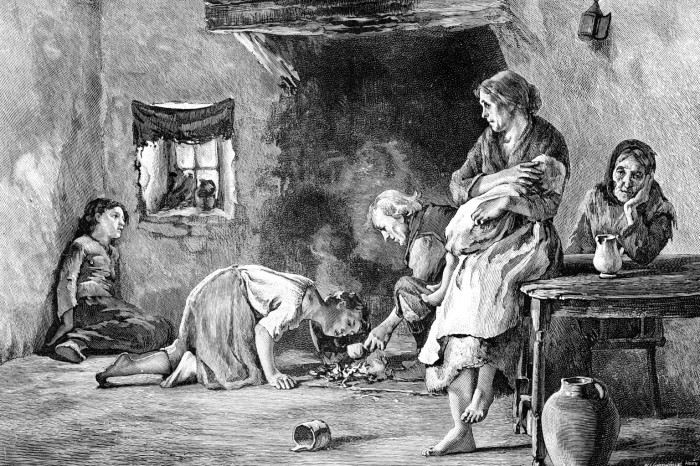 A Great Famine is also known as the potato famine or the great hunger was a period when the population of the Ireland suffered a lot of consequences and effects caused by it. The beginning of the plight started in 1845 and it ended in 1852. The famine is popularly known as Irish Potato Famine as the two-fifths of the population solely depend on the cheap crops.

During the famine, more than one million people died and rest of the people emigrated from the Ireland. This led the decrease in the Ireland population up to 20 to 25%. The consequences of the famine were averted into potato blight. 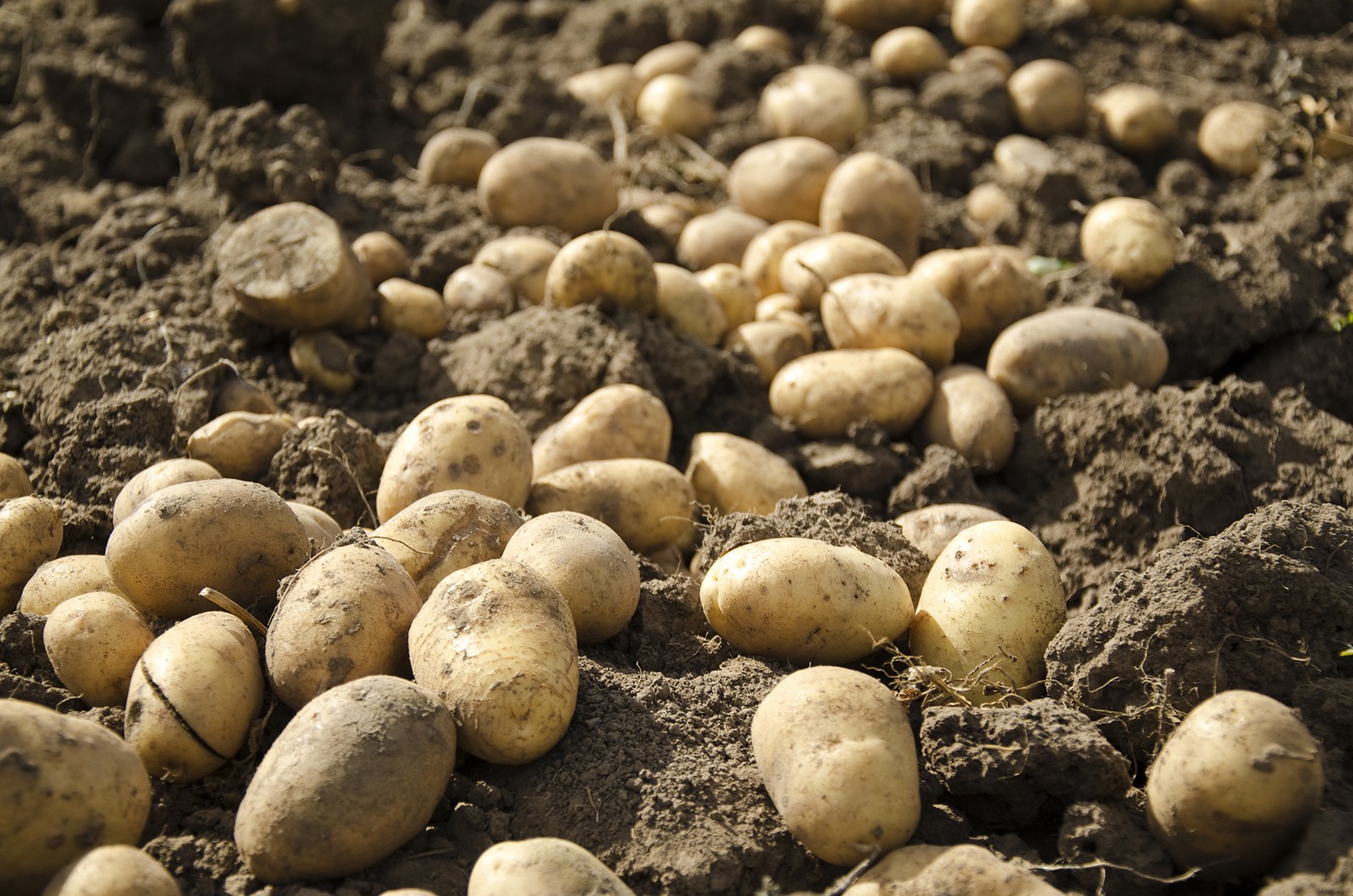 The potato famine was a watershed in the history of the Ireland. The crop failure was due to the potato blight which is a disease which destroys both the leaves and edible roots and tubers of the potato plant. The famine is considered to the worst in the European history. The agent responsible for causing the blight was water mold Phytophthora infestans. 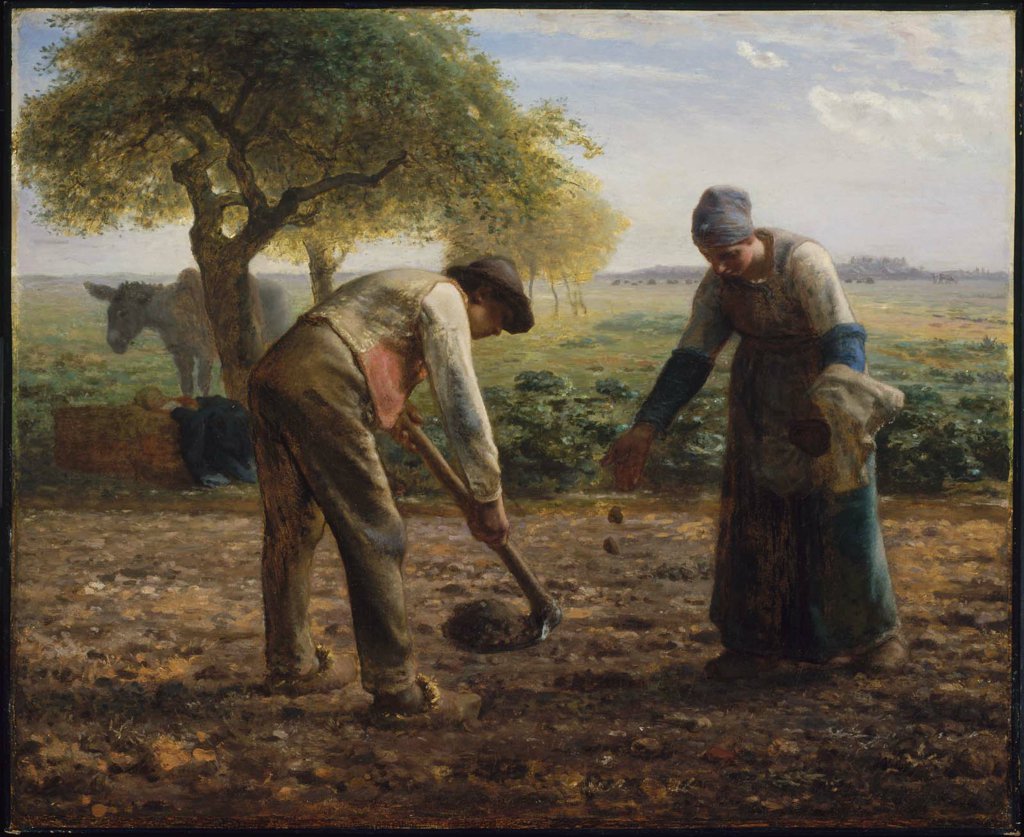 It was in the 19th century when the tenants and farmers find it hard to provide crop to themselves as well as cereal crops in the British markets. The farmers suffered hardships as the land was not favoring the cultivation of the crops which they wanted. Therefore potato soon became the staple food of the people in Ireland as it was easy to grow in the Irish soil. As a result, the poor people in the Ireland started depending on the potato for their diet.

It was in 1840’s when most of the people were depending on the potato for the religious, political and social issues. They started taking potato in large consumption.

The Cause of the famine to occur in the Ireland was that the people were yielding only two variety of crops which reduced the genetic variety used to prevent the crop from the annihilating the entire crop with the disease. This is how the people became vulnerable to the great famine.

A struggle of the Phytophthora arrived from the North America, the very same year the weather turned into a cool moist which increased the blight of potato to flourish. The crop failure resulted in the more devastating failures in the coming years making the field and crop to badly ruin.

A Hand Of Crises 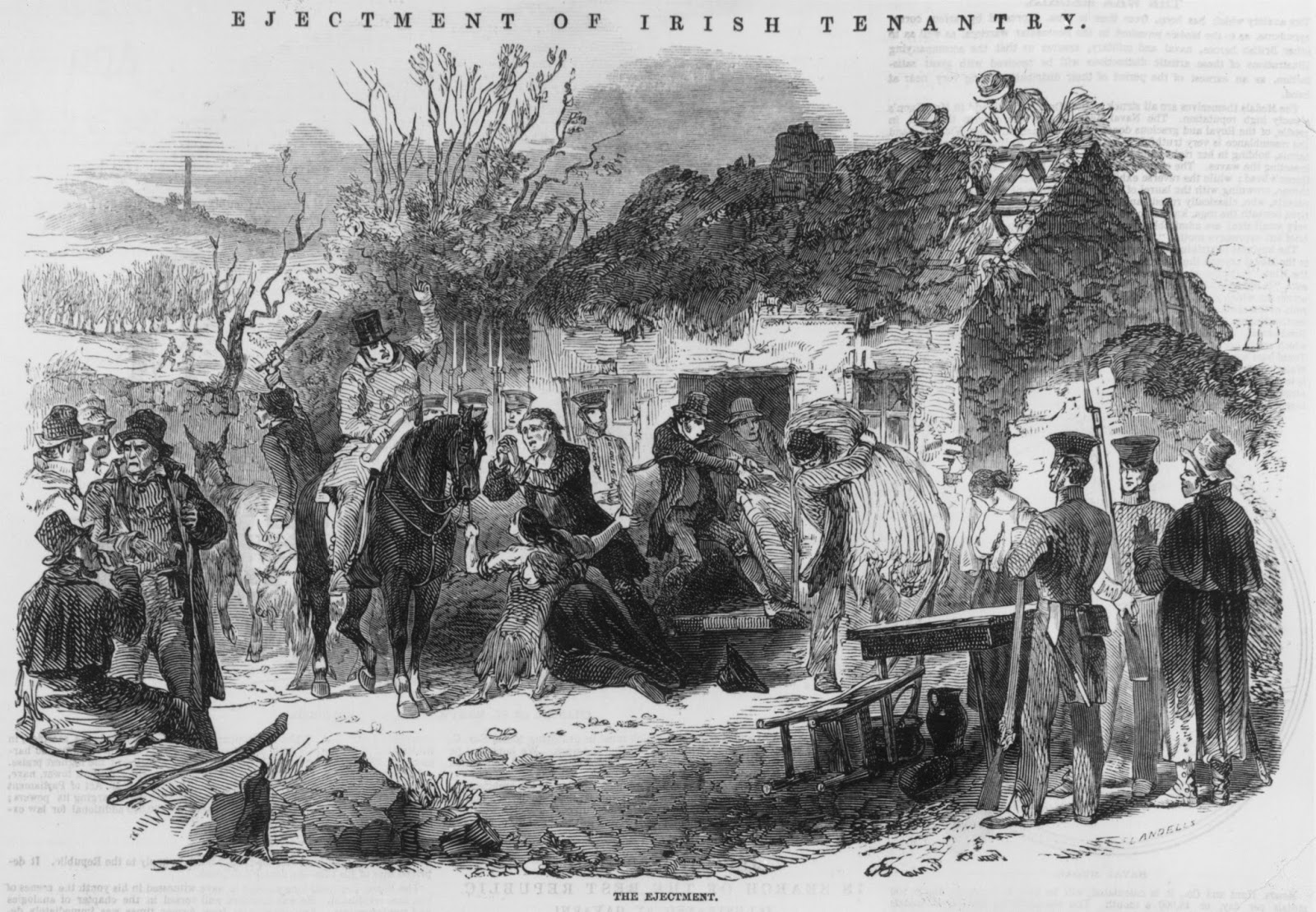 The British Government tried to help the people of Ireland from famine. The British government thus put efforts to relieve the people of the destructive consequences of the Famine. They imported maize from united states which helped them to avert the little bit of starvation.The Britisher's policies and efforts were inadequate. 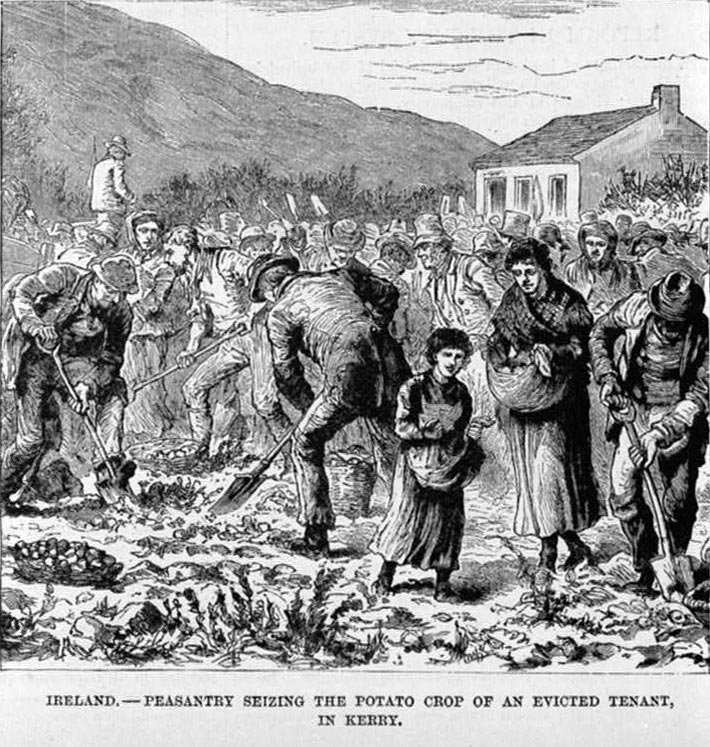 The measures taken by the British government were harsh as the people who were evacuated from the famine must be given some reliefs but they were sent to the workplaces. The condition of the poor peasants was deteriorating. The peasants who were not able to pay the rent properly were thrown out of the homes by the landlords. The charity homes which were established were managed poorly. The condition of the sufferers was getting worst.

Effects Of The Famine

Around more than one million people died from starvation which was an effect of the hunger famine. More than a million of people died due to famine. Ireland continued to decline in the past due to death toll rate and decreasing birth rate in the country. According to the estimation, the population of the Ireland reduced to half till the time of the Independence of the Ireland. 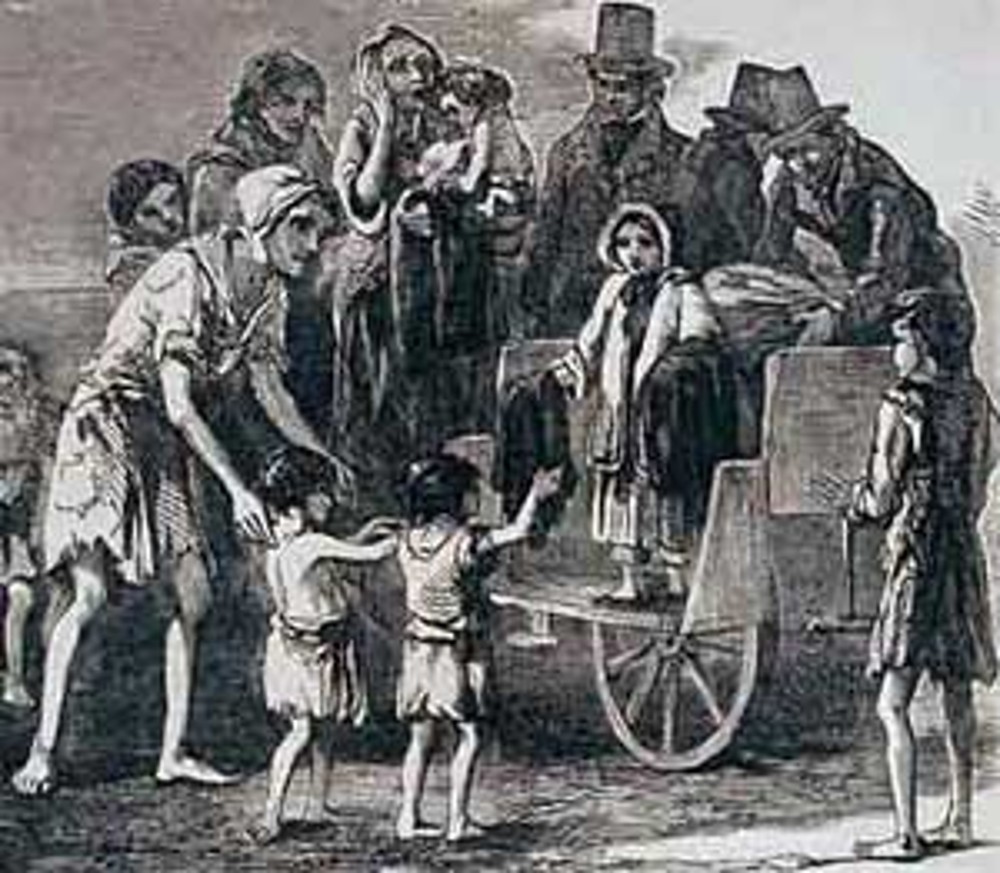 As a result of famine, many people were forced to emigrate from the society. The people left the Ireland because of the harsh living conditions are given to them in the United States.According to statistics about the two- third of the population of the Toronto were Irish. 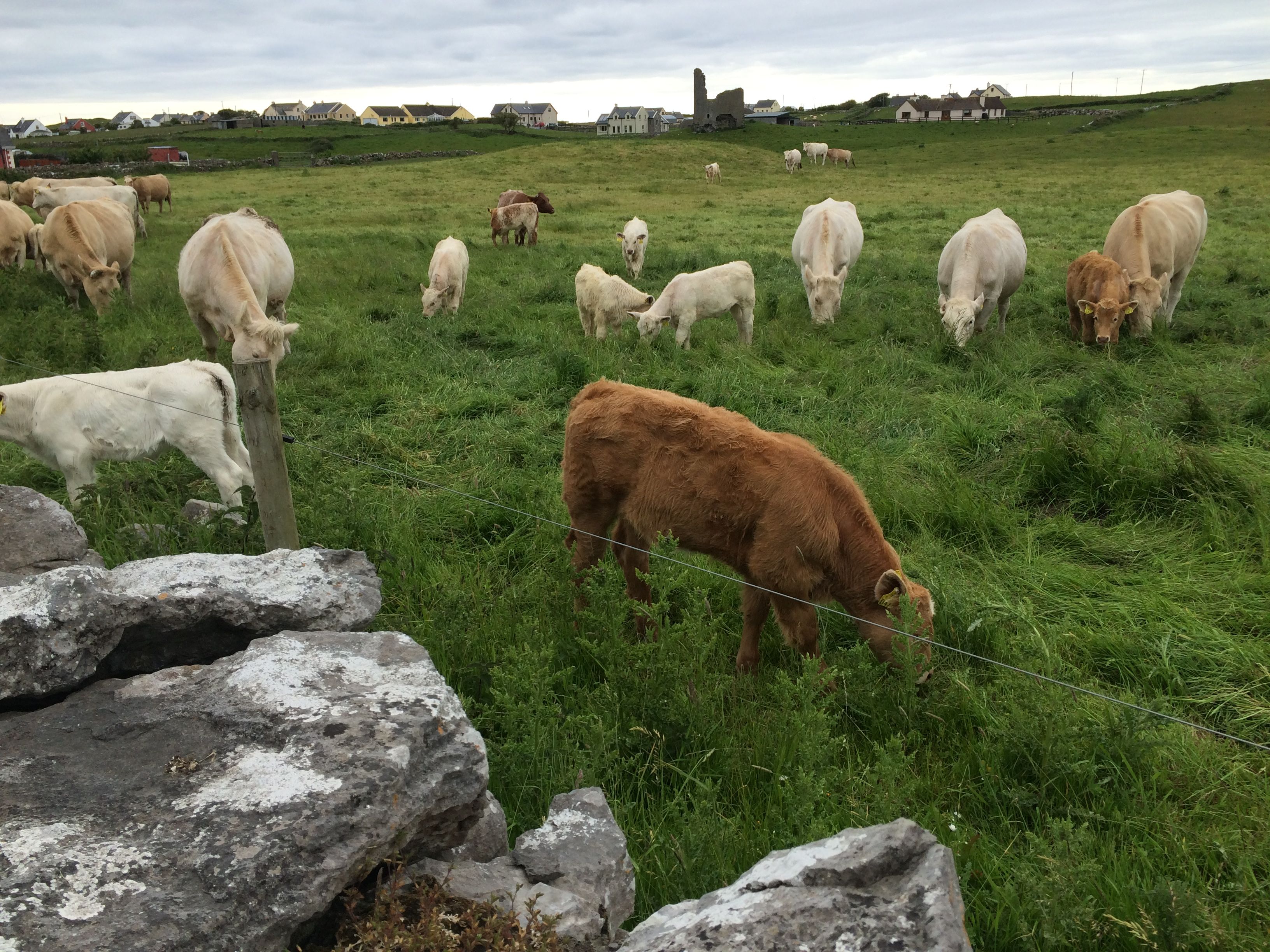 The more and more land was used in the grazing sheep and cattle and providing the animal products for the export purposes rather than totally depending on the agricultural sector.

This was the detailed description of the great famine and hunger which changed the history of Ireland and turned into a great decline.  (8.1)