How Men Used The Victorian Flirtation Cards to Woo Ladies in The 19th Century?

Surprisingly, Victorians loved clandestine communication, they just adored communicating via “Victorians flirtation cards” or “escort cards” in order to woo a lady in a dignified manner.

And, probably the most important thing in the life is to feel the love! The most beautiful expression over the centuries. Well, in the new-age world it's pretty easy to express the feeling to someone you adore, but things were quite different in the 19th century. Do you know how people expressed their feelings in 19 century, especially Victorians?

Well, it is no surprise that humans have been expressing their feelings and filtering with each other for centuries. Of-Course we can’t forget the most famous and adorable couple Romeo and Juliet, their love story says it all. (8.1)

But, the thing which will make this article intriguing is none other than the famous “Victorian flirtation cards”. Victorians just loved to express their thought and communicate via flirtation cards. In fact, in the 19th century, it was considered as the most sophisticated way to communicate with someone you feel for or want to chase in an adorable way. Sounds quite fascinating! (8.2) 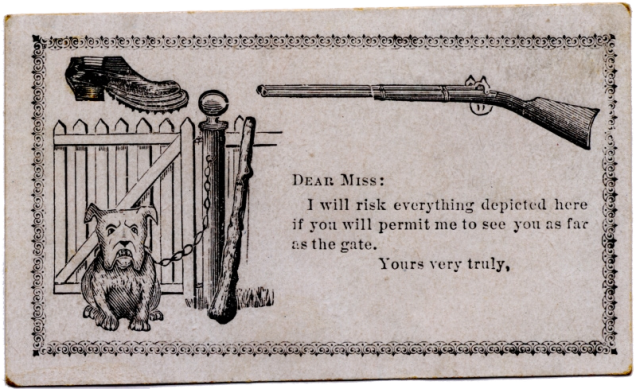 Imagine there is a lady in the Victorian-era met a charming guy in a party and he is trying to catches her eye across the dance floor and wants to know more about her! How will he manage to do so? Well, if the same case happened in the contemporary era then it would be easier for the men to express his liking, but as if we considered 19th century, people were quite fond of these Victorians cards of flirt, to enhance the social interaction, as most women were couldn't go out without a protector at that time.

According to some sources, to avoid these hardcore rules of the society, a man had to pass a Victorian card secretively to a woman he adored. Now, this is really cute!

These cards also called “escort,” and “acquaintance,” or “flirtation” cards. The Some of cards seem a little bit more forward and some of them were quite general and decent.

However, there is no evidence, how seriously people took these cards and used them and how much effective they were. But, it was surely a nice gesture to start up the conversations, reflects like innocently flirt. 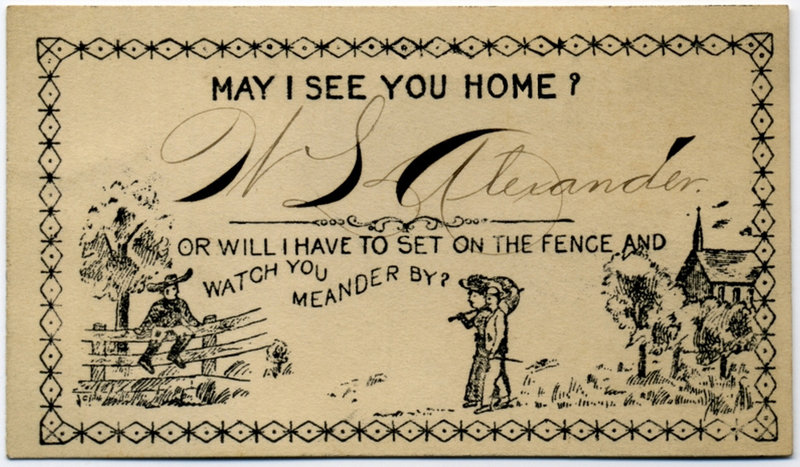 In addition, the acquaintance cards or flirtation cards were kind of witty and humorous. But, it's not like that everyone was laughing about, even if the content seems like a joke; not everyone was laughing, especially parents were quite worried about these secret communications. They often thought what if a wrong guy with the wrong intention was passing cards to their innocent daughter. While on the other hand, there were some cards that were modest and personalized too. 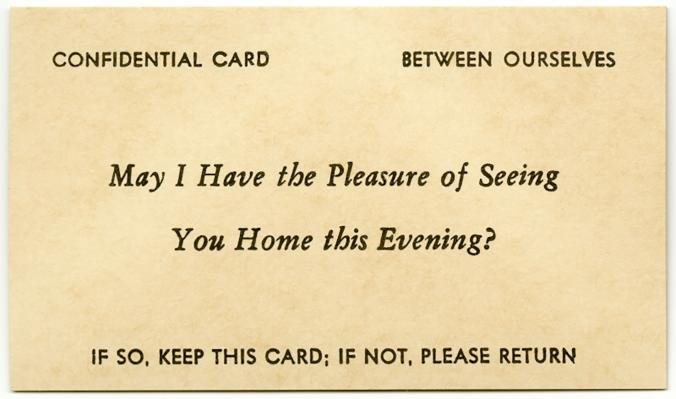 In general most of the flirtation cards were given to women by men and it was all started as “Dear Miss” or “ Fair Lady” or in some case, there was picture shown in the card in which a man is walking a woman home.  And some cards had space for the provider to write his or her name. 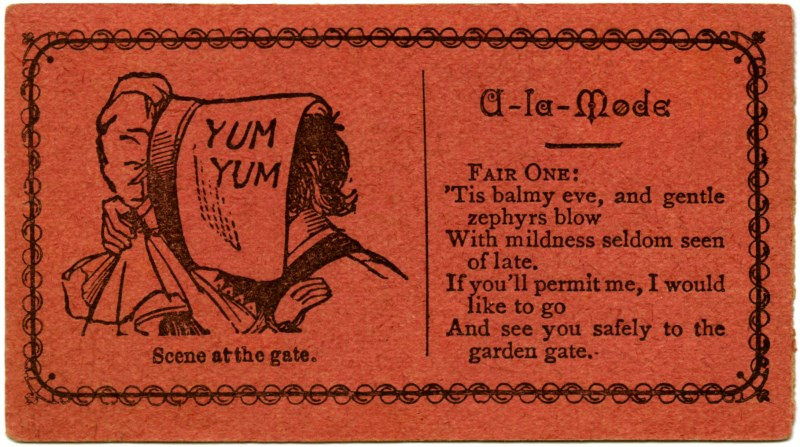 Moreover, the main purpose of the cards is to boost up clandestine communication, but some people used it in a bad way too.

Later on, the need for Victorians flirting cards faded along with social norms of the time and chaperones. Victorian social conventions began to break down at the turn of the century when the women started riding bicycles with other young people. The chaperones were considering it like some ditching stuff.

Although, there are some manufacturers who still sold these escort cards until at least the mid-20th century they were quite noticed as novelties. Today, they seem a sign of secret communication, as nowadays many men and women prefer to share their feelings and send messages via a more new-age device: the cell phone. Right?

However, it wouldn't be wrong if we say that these cards were really an attractive and unique source for women and men to make a beautiful bond (if they took it seriously). Well it would be even more interesting and humorous if people use these cards in the new-age era to boost traditional approach for dating! Isn’t it mesmerizing? What do you think?