10 Most Famous Failed Expeditions in the World History

Expeditions are journeys or voyages intended to lead you to the ultimate destination but some events of misfortunes and blunders can cause failed expeditions. 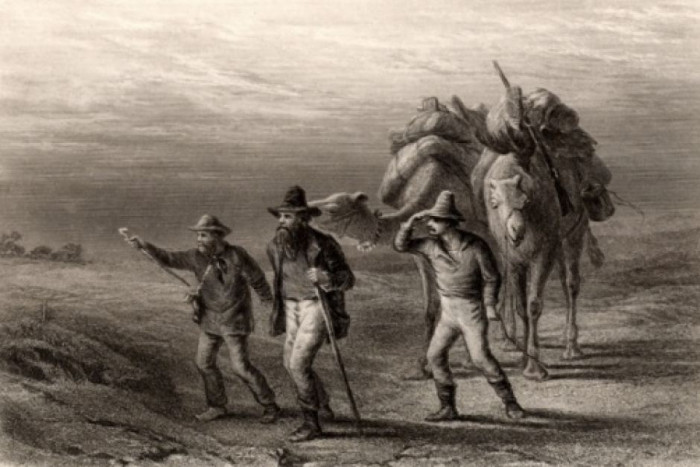 Expeditions are planned journeys or voyages on which a group of people sets themselves out. These expeditions have a specific purpose, that may be exploration, scientific research, or war. But sometimes due to a harsh twist of fate, things go terribly wrong and series of mishaps and mistakes happen. And, the plight of people involved and the subsequent aftermath goes down in the history of the world’s failed expeditions.

Here’s an account of the most doomed expeditions witnessed in world history. 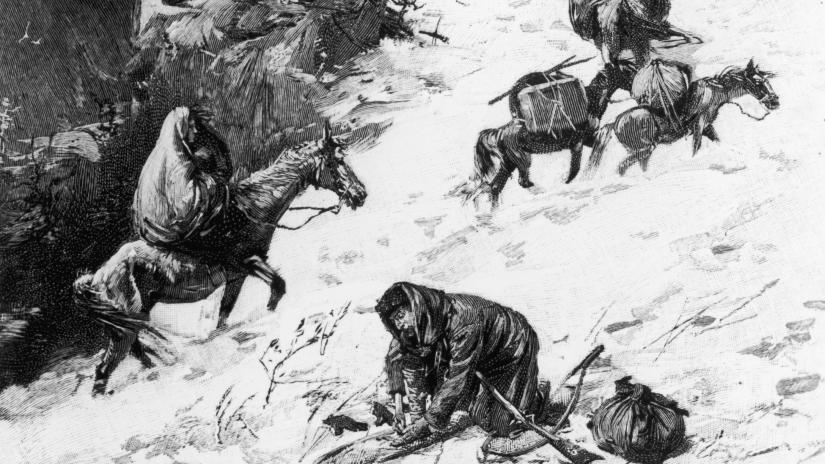 Donner party or Donner-Reed party was an expedition headed by American George Donner and James F. Reed. back in May 1846, they both had set themselves off to California in a wagon train. It is considered one of the most tragically famous expeditions in Californian history and western US migration. Out of the 87 travelers, only 48 had survived. When they ran out of all their resources and were badly starving, they resorted to cannibalism.

The delays in the journey, splitting up of groups, loss of resources, and a series of other mishaps and blunders got them trapped in heavy snowfall during the 1867-68 winters in Sierra Nevada, US. 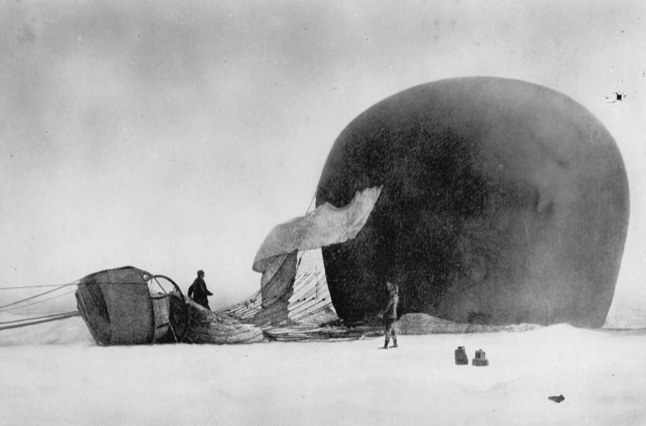 The Swedish polar explorer S.A. Andree, along with his two other companions, set out on an expedition to reach the North Pole through a hot air balloon. Andree proposed a voyage by hydrogen balloon from Svalbard to either Canada or Russia that was supposed to pass over the North Pole on the way. However, the eventual demise of the three explorers was caused because of ignoring several early signs of danger and plausible mishaps.

There was an inadequate preparedness for safety, loss of hydrogen in the balloon, and shortage of food supplies. Before reaching the White Island at the east of Svalbard, they killed polar bears for food. Within their 2 weeks of arrival, they were dead may be due to parasites ingested from their flesh. 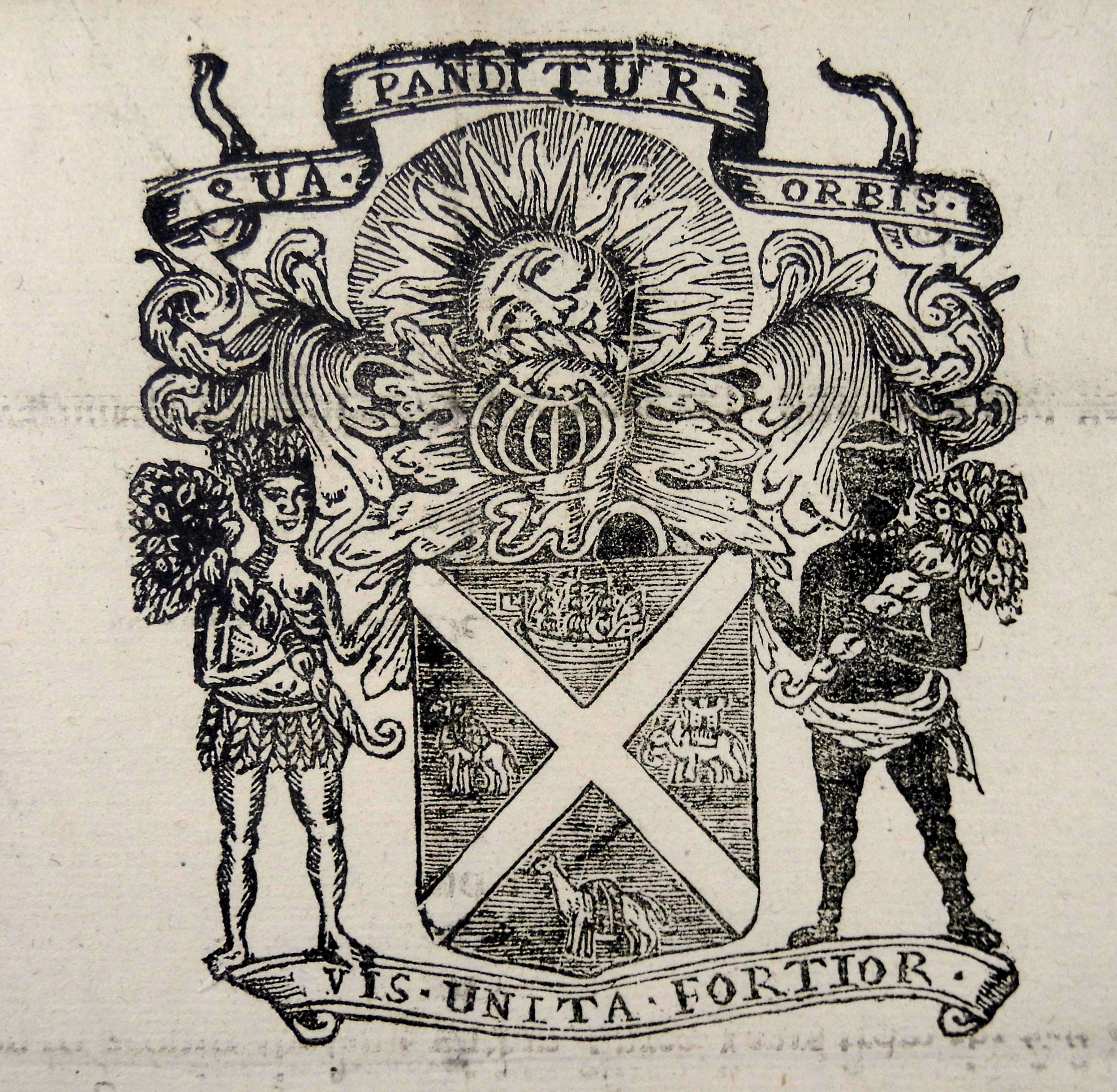 The Darien Scheme or Darien disaster was the Kingdom of Scotland’s failed attempt of becoming a world trading nation through the establishment of a colony called ‘Caledonia’ on the Gulf of Darien, Isthmus of Panama in the late 1690s. It was troubled by bad management and illness. It was ultimately abandoned. It gulped down the nation’s wealth leading to union with England (Great Britain). 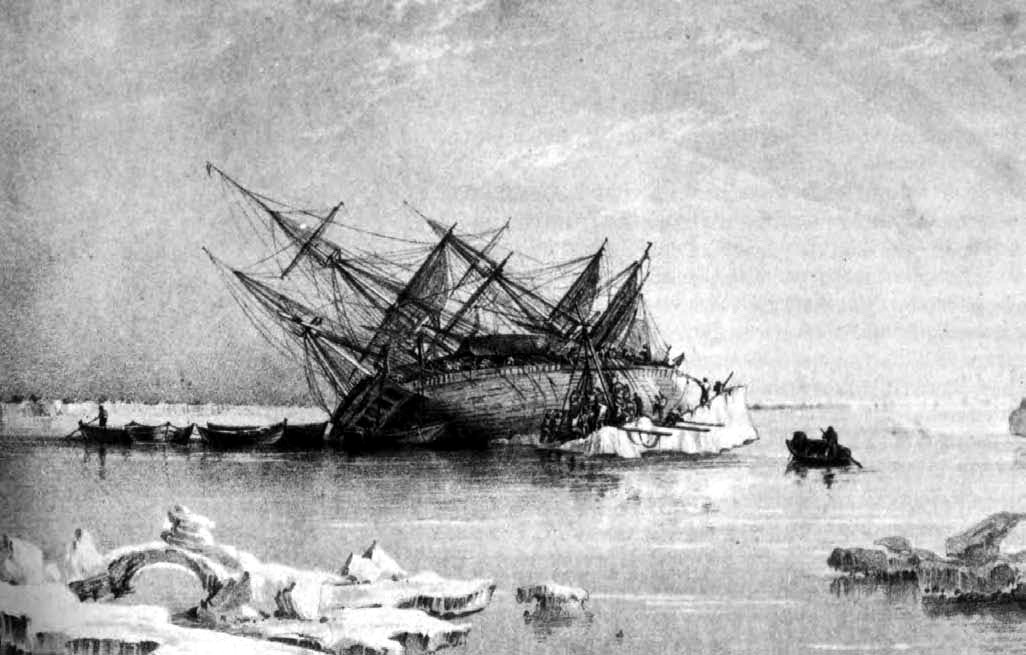 The lost expedition of Captain Sir John Franklin was a British voyage of Arctic exploration that left from England in 1845 on two ships namely HMS Terror and HMS Erebus.  An experienced explorer and Royal Navy officer, Franklin had served three Arctic expeditions (two as a commanding officer). His fourth (and last) one aimed to travel across the last unnavigated section of the Northwest Passage. After some deaths, the two ships got covered by ice in Victoria Strait in the Canadian Arctic. The whole expedition of 129 men got lost. 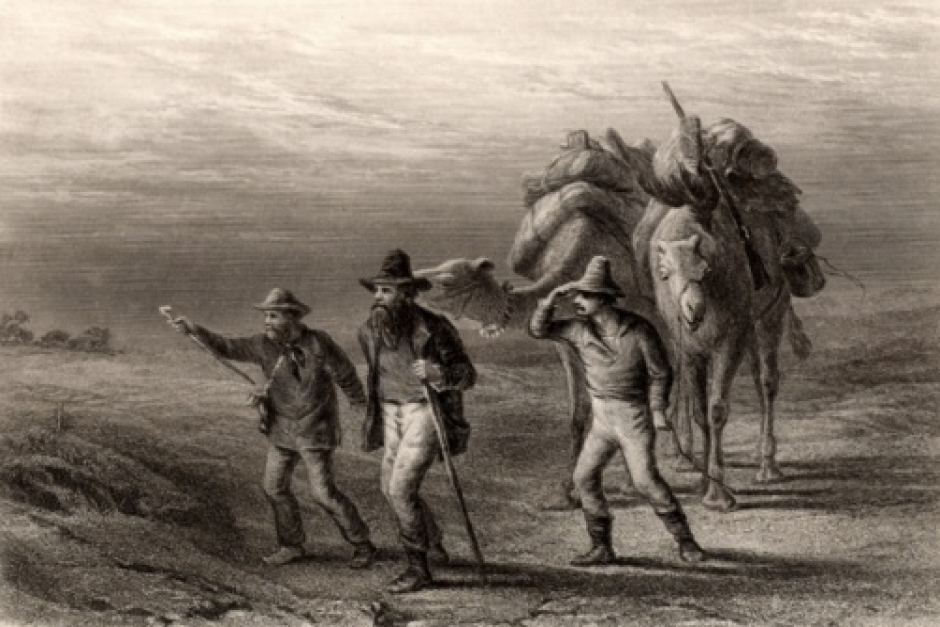 The Burke and Wills expedition was an 1860-61 Australian exploration expedition including 19 men that was headed by Robert O’Hara and William John Wills. The aim was to cross Australia from Melbourne in the south and reach the Gulf of Carpentaria in the north.  Harsh weather, poor roads, and broken wagons served as the major hurdles at the initial stage. On their return back to Melbourne, there were delays and bad monsoon rains. Seven men lost their lives and only the Irish soldier John King crossed the continent with the expedition and came back alive. 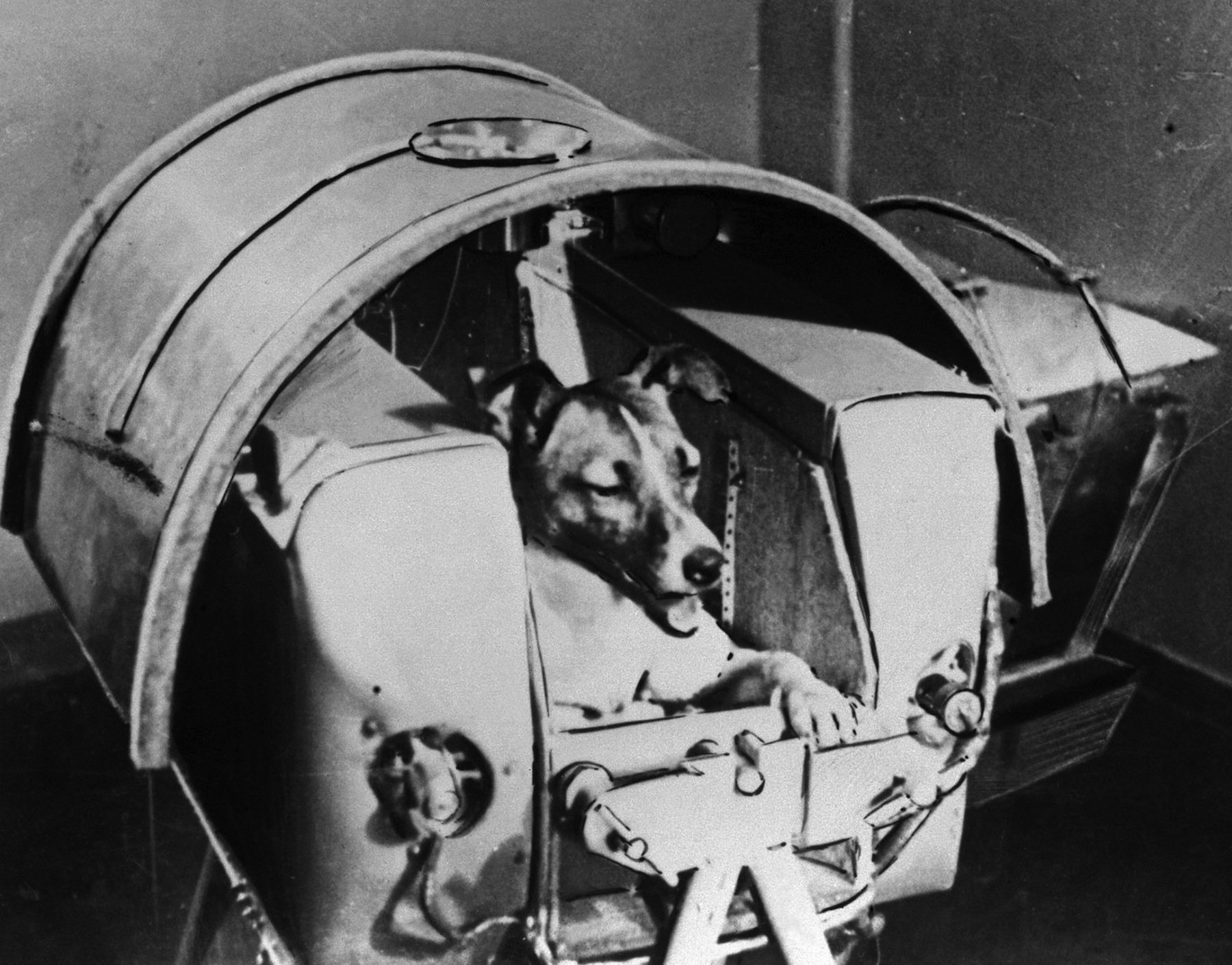 As many people know, Laika the Russian dog was the first living species sent to space. It was placed in a satellite on 31 October 1957 and the pressurized cabin on Sputnik 2 had room enough for her to lie down or stand. The air regeneration system provided oxygen and food and water were passed in gelatinized form. Laika was equipped with a harness, a bag for collecting waste, and electrodes for monitoring waste.

According to early telemetry, Laika was struggling but ate her food. At the time of launch, her pulse rate went up three times the resting level. After she reached zero gravity, her pulse rate had decreased and that indicated a sign of stress.

Nearly 5-7 hours into the flight, no signs of life were received from the spacecraft. But latest speculation suggests that she died in few hours after launch due to overheating (plausibly caused by central R-7 sustainer’s failure to separate from payload). The real cause and time of her death weren’t known on public records until 2002. It was revealed that she died when her oxygen ran out on the 6th day of her flight or (as the Soviet government initially claimed) she was euthanized before oxygen depletion. 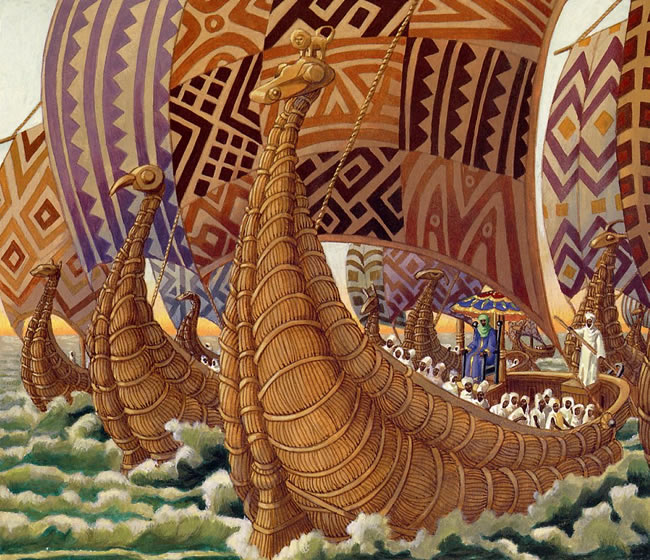 In 1310 in Western Africa, the king of Mali went on to assemble 400 ships of men and supplies for exploring seas to the west of his empire. After the failure of this first expedition in returning back, Abubakari didn’t accept his defeat and gathered a larger fleet of 2,000 ships. After renouncing the throne, Abubakari II led the expedition and was never heard about again. However, some speculate that he landed on the coast of Brazil. 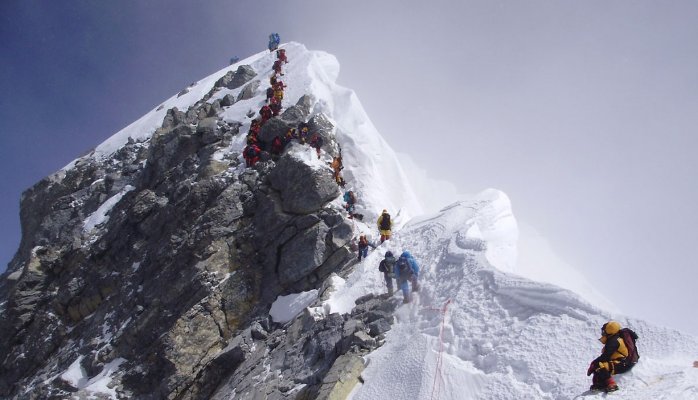 Several climbers, including several large teams and some small partnerships and soloists, were at high altitudes on Everest at the time of the storm. While the climbers died on both the North Face and South Col advances, the occurrences on the South Face were far more widely reported. 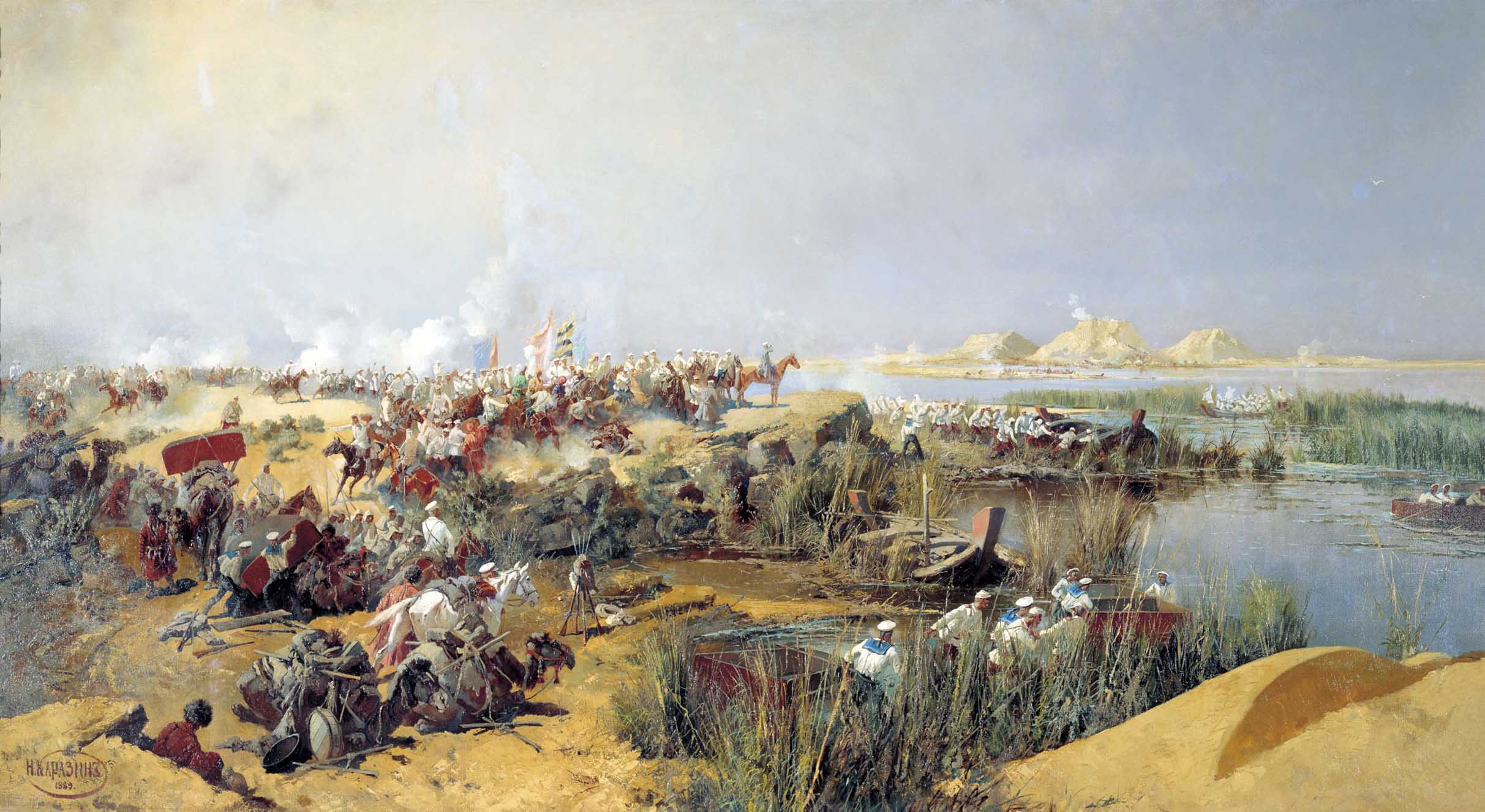 In 1839, Imperial Russia made a failed attempt at conquering the Khanate of Khiva and expanding Russian borders. Vasily Perovsky set off from Orenburg with around 5000 men and 10,000 camels and faced an unusually harsh winter. He lost most of the camels and was forced to go back after reaching halfway. The Russians lost 1,000 men while on the journey. 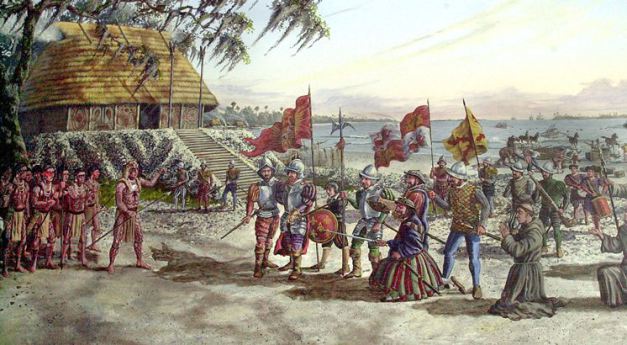 The Narvaez expedition was a Spanish expedition of exploration and expedition that began in 1527 with 600 men and 5 ships. It aimed quest for gold and the establishment of colonial settlements and garrisons in Florida. The expedition was initially headed by Panfilo de Narvaez who died in 1528. The interior of Florida wasn’t as it might have been hoped and the natives were hostile. A group of 245 men built rafts and attempted sailing across the Gulf of Mexico to seek safety to the west.

In this attempt, Narvaez got swept out to the sea and wasn’t ever seen. 86 members made it to Galveston but ended up being seized. Four of them survived and took 8 years to reach in 1536 to what’s now called the southern US and Mexico. They were the first known Europeans and Africans who saw the Mississippi River and crossed the Gulf of Mexico and Texas.

10 Plush British Crown Jewels That Will Make Your Jaw Drop