Located in the ancient Egyptian complex Deir-el-Bahari, Djeser-Djeseru is the historically iconic mortuary temple of the second female pharaoh Hatshepsut. 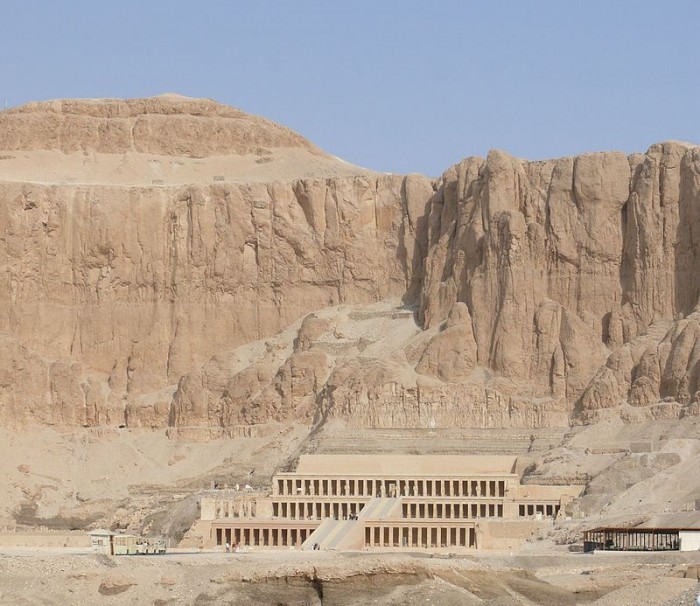 Widely known as the Mortuary Temple of Hatshepsut, Djeser-Djeseru (“Holy of Holies”) is the archaic funerary shrine in Upper Egypt. Situated under the cliffs at the mortuary complex Deir-el-Bahari near Valley of Kings, this temple is the focal point of the complex. Commissioned by the Eighteenth dynasty Pharaoh Hatshepsut, it is dedicated to the sun god Amun.

Regarded as one of the “incomparable monuments of ancient Egypt”, it has been an inspiration as well as a quarry. The Polish Academy of Sciences in Warsaw is responsible for the study and renovation of the three levels of the temple.

This Mortuary Temple is the Closest Egypt Came to Classical Architecture 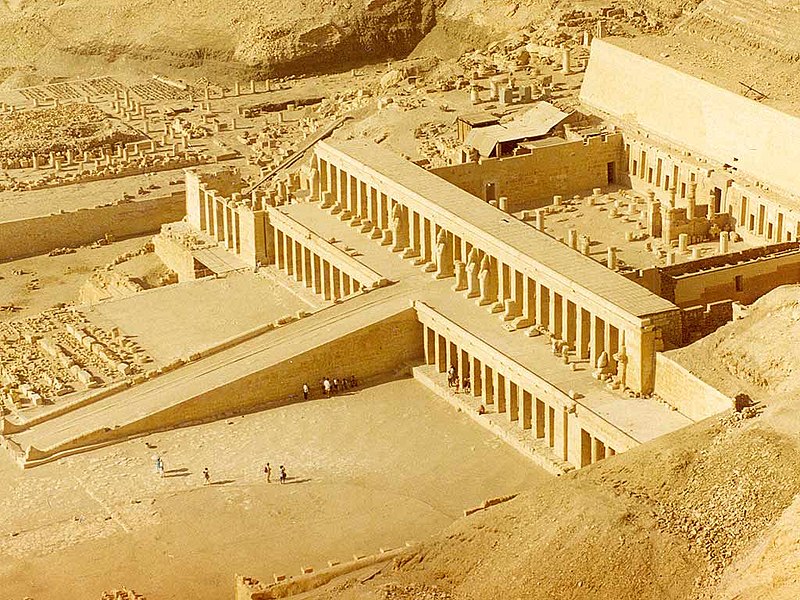 Considered as a landmark in the ancient Egypt, this funerary shrine was the closest Egypt came to classical architecture. As a symbol of the New Kingdom funerary architecture, it aggrandized the wealth and reputation of pharaohs and also honored the gods related to her afterlife with the help of holy temples. Its linear axiality reflects in the New Kingdom temples of later time.

Mortuary Temple of Mentuhotep Served as a Model for Its Architecture 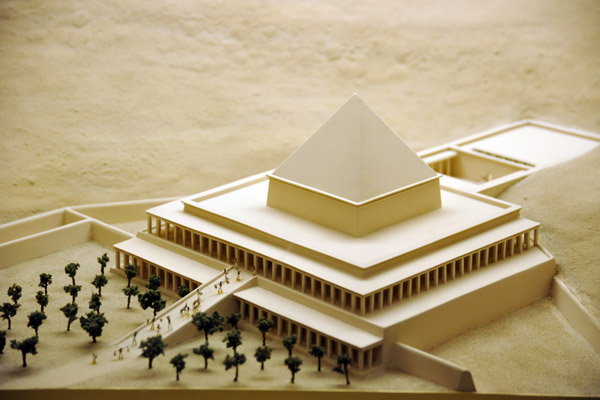 Senenmut, the royal architect and chancellor of Queen Hatshepsut, was responsible for temple’s construction. Even though the preceding mortuary temple of Mentuhotep acted as a model for its construction, both the structures are significantly distinct in several aspects. As an example, while Hatshepsut’s temple has a long colonnaded terrace, Mentuhotep’s structure has a centralized one.

Djeser-Djeseru temple has three 97-foot-tall layered terraces. Each story is attached with a double colonnade of square columns except the northwest corner of central terrace that has Proto Doric columns for housing the chapel. These terraces are linked to long ramps that were once enclosed by frankincense and myrrh trees. The temple’s layering is in harmony with the classical Theban form. 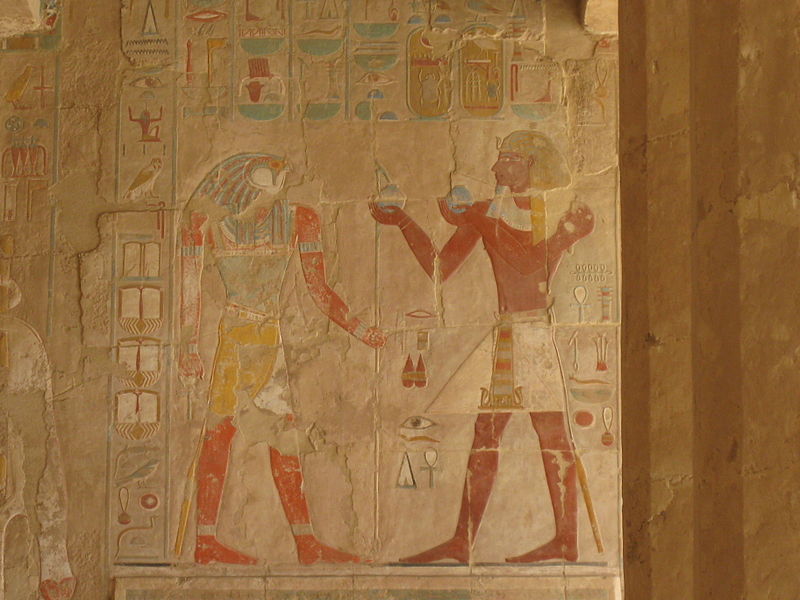 There’s a first-of-its-kind relief sculpture inside the Hatshepsut’s temple that recounts the story of divine birth of a female pharaoh. The textual and illustrated cycle also describes about a sea expedition to the Land of Punt.

The temple once housed two statues of Osiris, a sphinx avenue and Queen’s sculptures in various stances that have either been demolished or stolen. Most of these portraits were ruined at the order of her stepson Thutmose III after her death.

Hatshepsut temple has its main axis set at an azimuth of about 116½°, being in alignment with the winter solstice sunrise (21st or 22nd December of the modern era). The sunlight reaches the chapel’s rear wall, and then moves to illuminate one of Osiris statues.

A light box adds subtlety to this main alignment. This box shows a block of sunlight that slowly makes its way to the central axis of the temple to highlight sun god Amun and then illuminates the kneeling figure of Thutmose III before finally illuminating the Nile god Hapi.

In addition, the sunlight is capable of penetrating to the innermost chamber via secondary light-box due to the heightened angle of sun.

The Legacy of Political “Heavyweight” William Howard Taft & His Bathtub