Clovis People & Their Culture That Lived in the Ancient America

Clovis, also known as Paleo-Indians or Paleo-Americans, is regarded as ancient culture in America. They are said to have app... 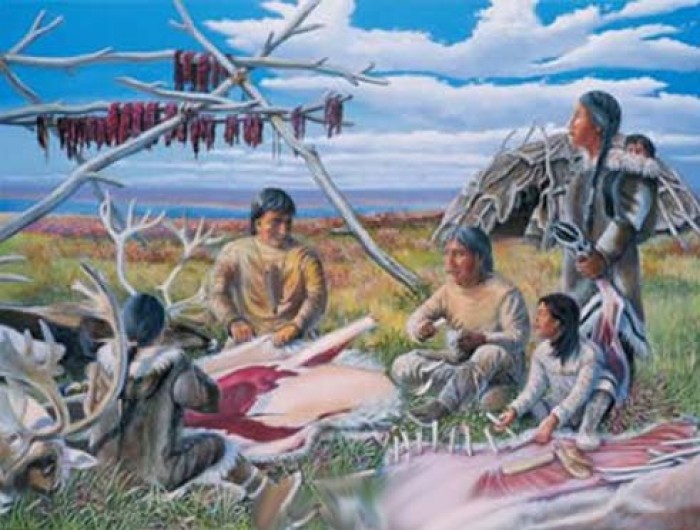 Clovis, also known as Paleo-Indians or Paleo-Americans, is regarded as ancient culture in America. They are said to have appeared around 11,500 BCE at the end of the last glacial period in North & South America. The culture was named ‘Clovis culture’ after the town of Clovis, New Mexico, where the first evidence of its artifacts was excavated.

The people of Clovis culture were botanists who were skilled in the use of plants for food and equipment. They were geologists with a great ability to gather the New World flint from the best sources for their finely crafted points and tools. Also, they were successful foragers and were efficient hunters of huge animals, particularly Ice Age mammoths and mastodons.

How Clovis Culture Was Discovered 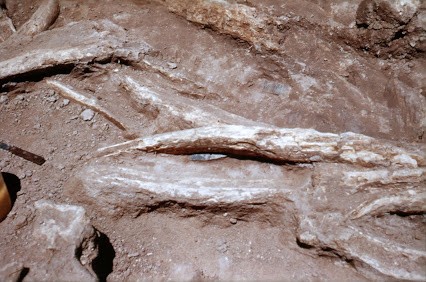 George McJunkin, a cowboy & former slave, discovered an ancient bison in 1908 after a flash flood.

Under the guidance of Harold Cook and Jesse Figgins, this site was first excavated near Folsom, New Mexico. They were the first to discover Folsom point along with the extinct B. antiquus bones on August 29, 1927. During the Pleistocene, this was evidence of the human presence in America that led to an exploration of early man. In 1929, Ridgely Whiteman found the Clovis site near the Blackwater Draw in the east of New Mexico.

In spite of the various past Paleoindian findings, the best-documented evidence was from 1932 to 1937 near Clovis, New Mexico. This discovery made under the guidance of Edgar Billings Howard and John Cotter from the Academy of Natural Sciences(University of Pennsylvania). Their crew had left behind their excavation in Burnet Cave, New Mexico in August 1932. Then they went to Whiteman and his Blackwater Draw site.

"Archaeological Notes" mentioned Howard’s findings of Burnet Cave, an extinct fauna, and a "Folsom type" point (4-feet below a Basketmaker burial) in the American Journal of Archaeology (January–March 1932 V36 #1).

An issue of Science News on 25 November 1932 published the first professional report on the Blackwater Draw Clovis site. The publications about  Burnet Cave and Blackwater Draw were in contrast to what many authors said that Dent, Colorado was the first Clovis site. A fossil mammoth excavation was found in 1932 at the Dent Site in Weld County, Colorado.  The first Dent Clovis point was discovered on November 5, 1932, and the in situ on  July 7, 1933. Reported in 1932, the in situ Clovis point was dug out in late August 1931. Howard had shown the Burnet Cave point to the archaeologists who were interested in Early Man in the 3rd Pecos Conference in September 1931.

Moreover, a Clovis burial site that had remains of a 2-year old child was studied in Montana in 1968. The ‘Anzick-1’ remains were later used for scientific research in 2014. 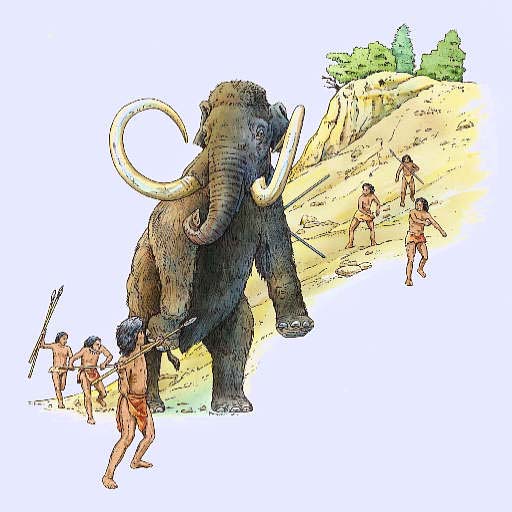 During the later half of the 20th century, the “Clovis First Theory” was the most common hypothesis among archaeologists. According to this theory, the Clovis people were the first to inhabit America. It was considered to be true since no strong evidence of pre-Clovis human habitation had been discovered. This widely accepted theory says that during the ice age, the Clovis people had crossed the Beringia land bridge over the Bering Strait from Siberia to Alaska at the time of lowered sea levels. Then when the glaciers waned, they traveled toward the south through an ice-free corridor toward the east of the Rocky Mountains in current Western Canada.

This theory was challenged by studies that suggested a pre-Clovis human habitation in America. In 2011, a group of eminent scientists claimed to have found the existence "of an occupation older than Clovis", following the excavation of a dwelling site at Buttermilk Creek, Texas.

According to researchers Michael Waters and Thomas Stafford, the previously accepted dates of 13,200 to 12,900 BP was replaced by new radiocarbon dates that had a shorter time window beginning 450 years later.

And, new scientific research says that the Clovis-first hypothesis is inaccurate.

According to the results of a  study conducted by Danish, Canadian, and American scientists published in ‘Nature’ in February 2016 explained,

"The first Americans, whether Clovis or earlier groups in unglaciated North America before 12.6 cal. kyr BP", are "unlikely" to "have traveled to North America from Siberia via the Bering land bridge "via a corridor that opened up between the melting ice sheets in what is now Alberta and B.C. about 13,000 years ago".

A Ph.D. student from the University of Copenhagen and the lead author ‘Mikkel Pedersen’ revealed,

"The ice-free corridor was long considered the principal entry route for the first Americans ... Our results reveal that it simply opened up too late for that to have been possible."

Clovis Tools and Points: The Hallmark of Clovis Culture 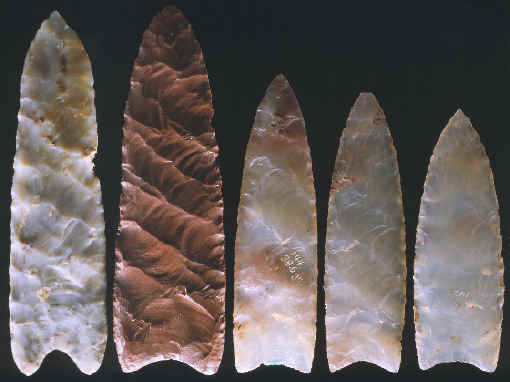 Clovis tools were portable, lightweight, and highly effective tools suitable for people who were always traveling. Their stone technology originated from the valuable, fine-grained rocks of widely separated outcrops. These outcrops were used for thousands of years by people who came much later. The most popular, unique, and celebrated part of their tools was their fluted projectile points.

Clovis point is the distinctive feature of Clovis culture that uses fluted rock spear points of unique shapes. It has two faces and is fluted on both sides, a feature that allows the point to be mounted onto a  spear in a way so that it snaps off on impact.

A typical Clovis point is leaf-shaped and has parallel or slightly convex sides and a concave base. Ohio or Cumberland or Suwannee, eastern variants of Clovis are narrower fish-tailed eastern-variants.

Apart from projectile points, the Clovis people also used bifacially trimmed points and other woodworking and butchering artifacts. They even used flakes as sharp-edged, handy tools in their struck-off form. 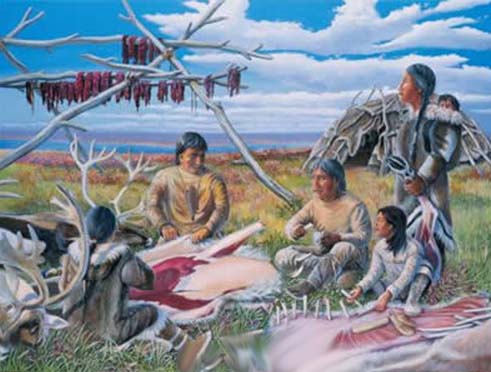 It is a commonly held belief that the end of the Clovis culture is a combination of deterioration in the availability of megafauna and an overall increase in a less mobile population. This resulted in regional differentiation of lithic and cultural traditions across America.

Post this, Clovis fluted points were taken over by other fluted-point traditions (such as Folsom culture). An effective and continuous cultural adaptation proceeded from the Clovis period through the Middle and Late Paleoindian periods.

The mammoth and others may have been extinct due to overhunting, but the Pleistocene overkill hypothesis remains a controversial question to date. The decline of Clovis culture in the early times of the Younger Dryas cold phase is another hypothesis. This ‘cold shock that lasted about 1500 years affected North America and many other parts of the world. This seems to have been set off by a large amount of meltwater possibly from ‘Lake Agassiz’ that empties into the North Atlantic and disrupts thermohaline circulation.

However, this hypothesis has been largely contradicted by research that showed most of the conclusions can’t be reiterated by other scientists and criticized due to misinterpretation of data and the absence of strong evidence.