Ancient Pompeii People Who Were Incinerated By Volcanic Ash Of Vesuvius

Pompeii was an ancient Roman town-city near modern Naples, in the Campania region of Italy, in the territory of the comune of Po... 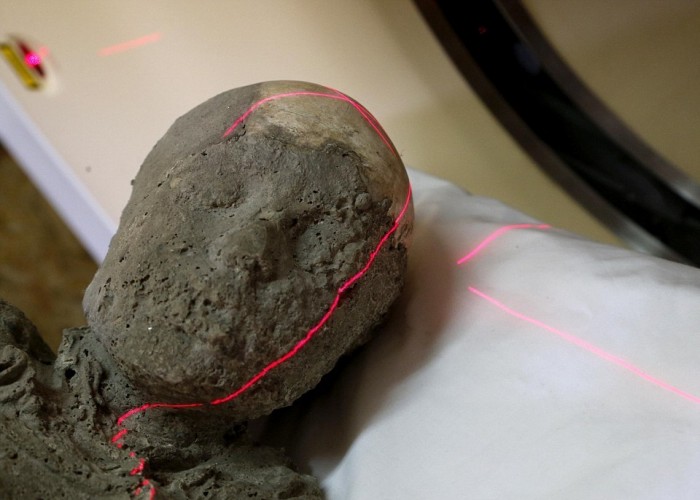 Pompeii was an ancient Roman town-city near modern Naples, in the Campania region of Italy, in the territory of the comune of Pompei. Pompeii, along with Herculaneum and many villas in the surrounding area, was mostly destroyed and buried under 4 to 6 m (13 to 20 ft) of volcanic ash and pumice in the eruption of Mount Vesuvius in AD 79.

But in Pompeii, the eruption preserved as well as destroyed.

Archaeologists have discovered approximately 1150 bodies since excavations of the city began. 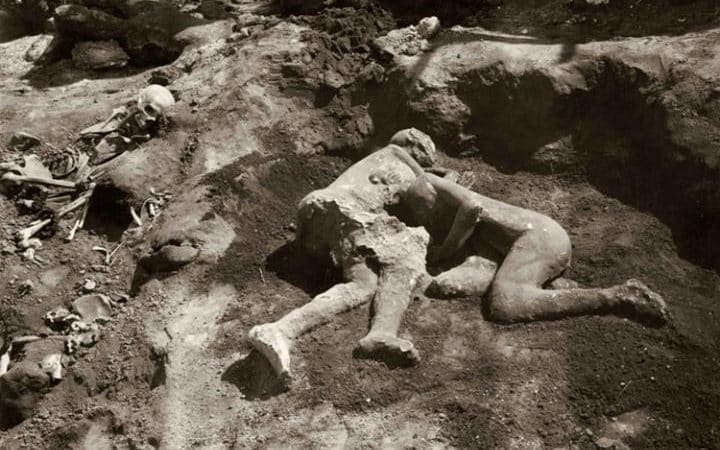 Two bodies found wrapped in a poignant embrace in their final moments as they were covered beneath molten rock and layers of ash in the ancient city of Pompeii when Mount Vesuvius violently erupted in 79 A.D.

The bodies were dubbed “The Two Maidens” when they were first discovered but in a startling discovery this week scientists found the two bodies were actually male - raising speculation that they may have been gay lovers.

"We always imagined that it was an embrace between women. But a CAT scan and DNA have revealed that they are men. "You can’t say for sure that the two were lovers. But considering their position, you can make that hypothesis. It is difficult to say with certainty.”

Modern Imaging Technology Is Giving The Dead A Face 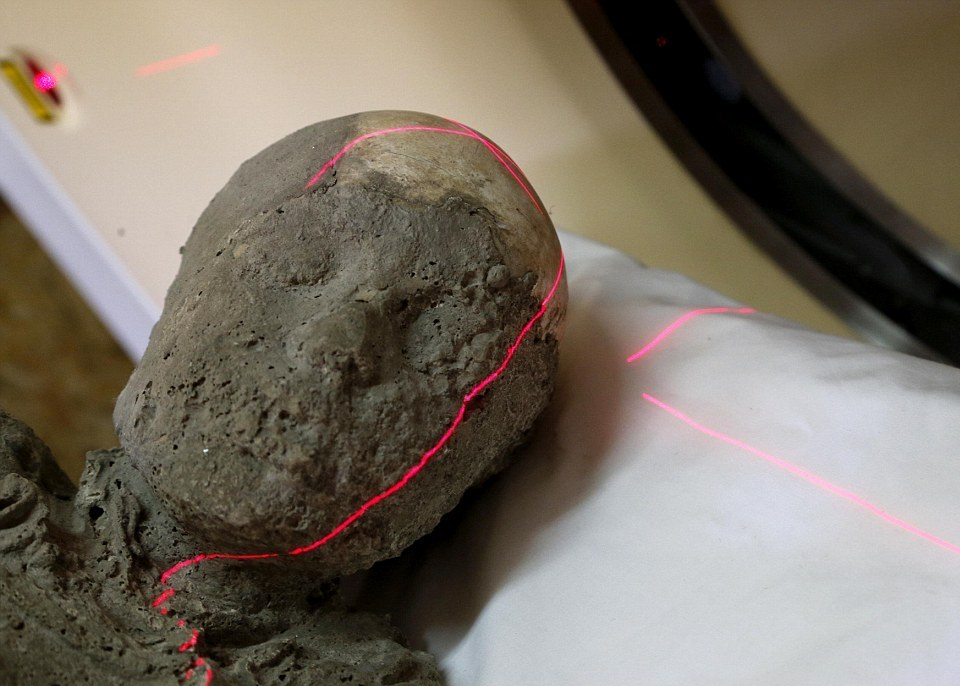 After being entombed in ash for more than 1,900 years, the victims of the devastating eruption in Pompeii are being brought to life using modern-day imaging technology.

Archaeologists have spent the past year carefully restoring and scanning the preserved bodies of 86 Romans who died when Mount Vesuvius erupted in 79AD. 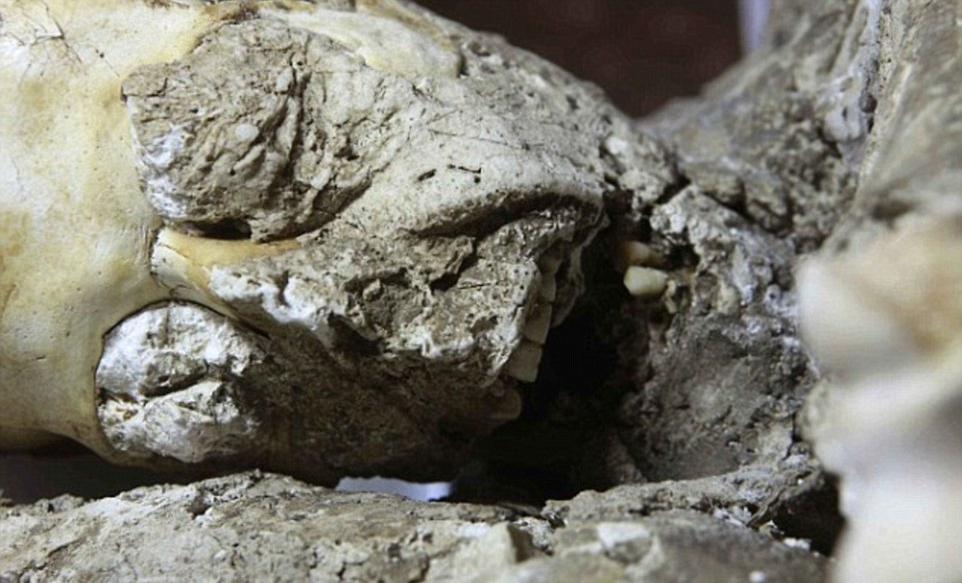 But in 1864 Giuseppe Fiorelli, the director of the excavations, discovered a technique that allowed the body shapes to be preserved.

Fiorelli’s excavators discovered hollow pockets in the ash in a lane named the Alley of the Skeletons. Inside, it was possible to make out human bones. But instead of digging through the ash to remove them, Fiorelli instructed the diggers to pour plaster into the hollow.

They left the plaster to harden for a few days, then chipped off the outer layers of hardened ash. What was revealed was a detailed plaster cast of the body of a citizen of Pompeii at the moment of death. 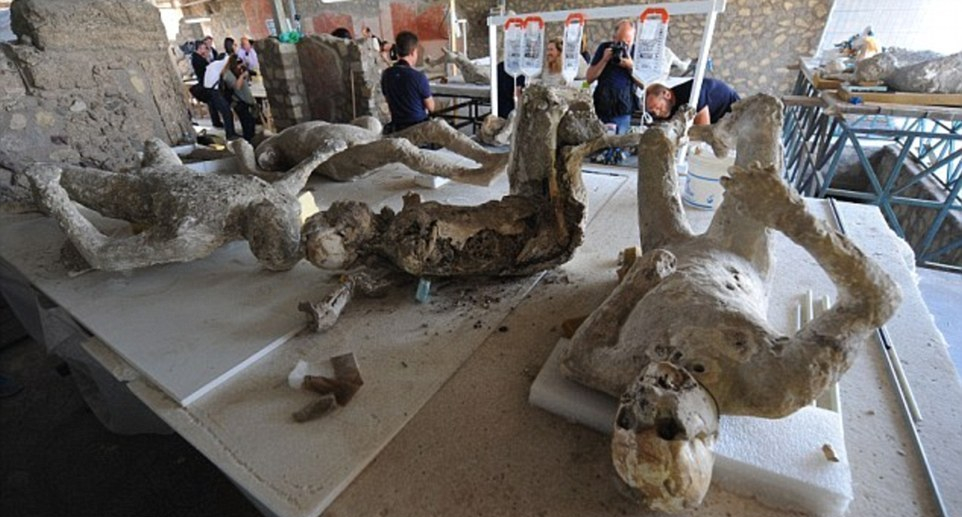 Archaeologists have looked at other ways of recreating the appearance of Pompeii’s dead. In 1984 at Oplontis, a skeleton was cast using resin rather than plaster. Wax was injected into the void around the victim’s skeleton, left to harden, and then coated in plaster. Once the ‘plaster cast’ had set, the wax was melted out and replaced with liquid epoxy resin- to produce a durable, transparent cast, which allowed the victim’s jewellery and hairpin to be viewed in situ on the body.

But this cast remains unique – for despite its many advantages, resin casting is tricky and expensive. For now, plaster casting continues to be used where appropriate.

10 Famous Slaves of Ancient Rome Ever Marked in History