10 Popular & Exotic Chinese Fruits to Try on Your Next Vacation

Odd-looking yet sour 'n' sweet-tasting! These are some popular exotic fruits you gotta try on your next trip to China. 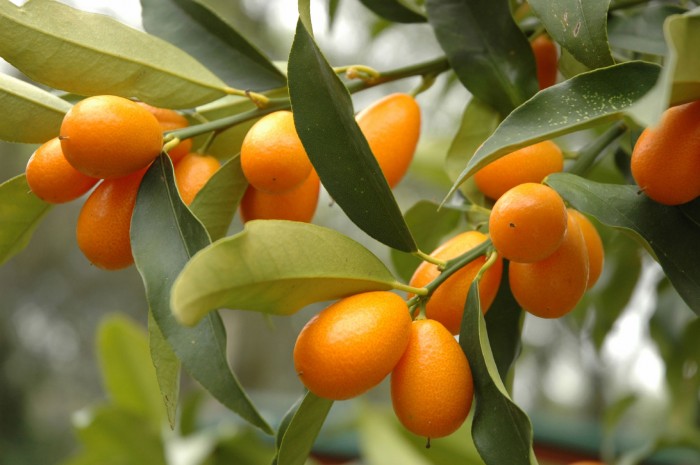 While casually walking down at the supermarket, you may have spotted or even tried some of the exotic fruits. Sweet and sour, our mother nature bears an impressive variety of fruits in different climates and geographical locations across the world.

Fruits with spikes, fur, and tentacles may appear strange to those outside China but they are quite common and a part of their staple diet of Chinese people. Let’s know some really delicious exotic Chinese wonderful fruits here. 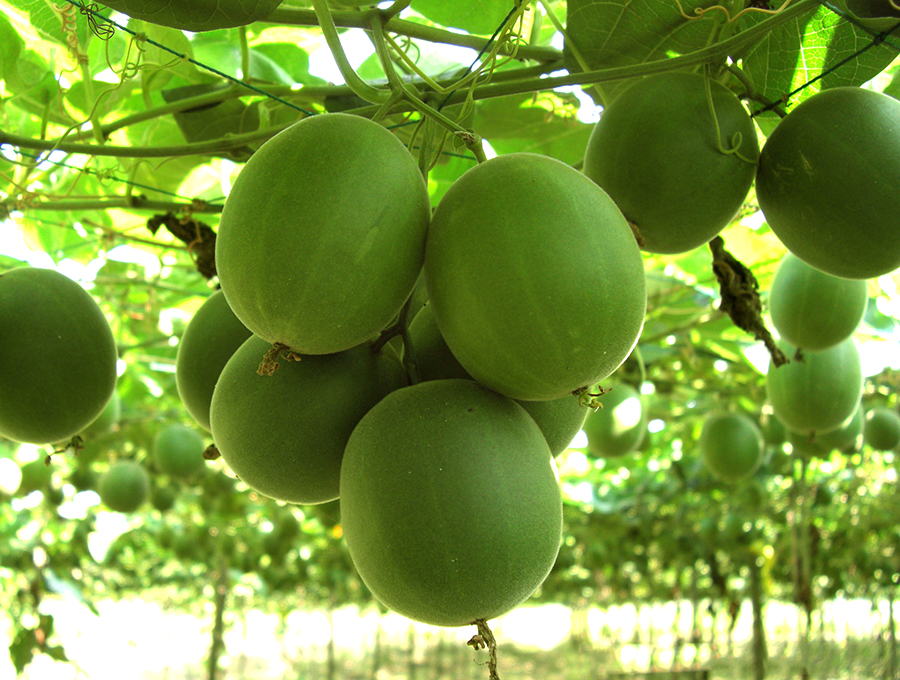 Monk fruit (Siraitia grosvenorii), also known as ‘longevity fruit’ and ‘luo han guo’ in Chinese, is a sweet fruit whose extract is 300 times sweeter than sugar. It is used as a low-calorie sweetener for cooling drinks in China and in traditional Chinese medicine. As the legends have it, it was cultivated by Buddhists for the first time around 800 years back. 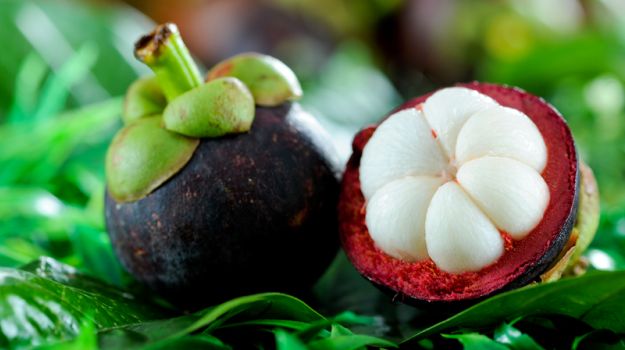 Mangosteen, also called the ‘queen of fruits’, is a tropical fruit that is known for its rich taste. Within a hard purple shell, the tangy white flesh hides. Sweet and acidic at the same time, the mangosteen has a distinct flavor and is used as a traditional Chinese medicine for its cooling properties. Its peak season is the summer season. 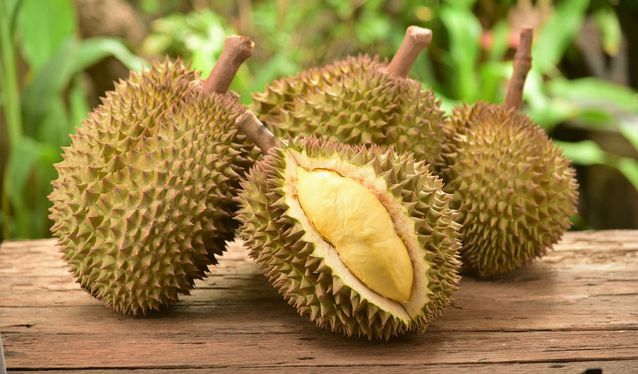 Durian, also called ‘king of fruit’, is a stinky and spiky Chinese fruit. The thick, thorn-adorned shell encloses unique aphrodisiac and nutritious properties. This 1-foot-long and 6-inch-wide fruit is banned in some hotels and public areas because of its odor.

The Chinese Persimmon (meaning ‘food of the gods’ in Latin) has juicy flesh. It is cultivated in the wild on Luofu Mountain in Guangdong. You can either dish them out with a spoon or go for dried if you want a less sticky alternative. 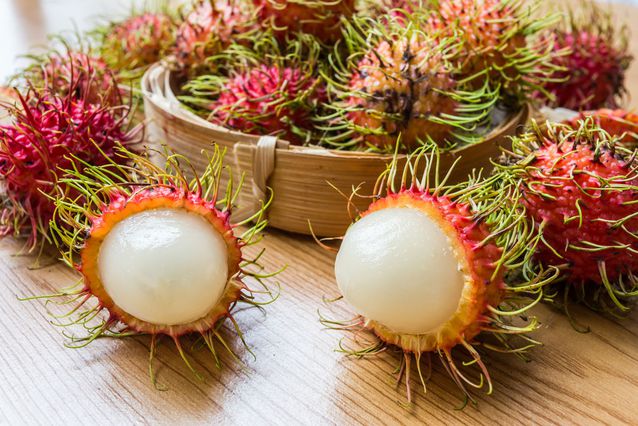 Rambutan is an unusual-looking fruit with fuzzy protuberances. Commonly related to lychee and longan fruits, it was first harvested by Chinese Malay K. Vong in Ban Na San in 1926. It is named after the Malay word for ‘hair’. An annual rambutan fair is organized in August harvest time. It is a rich source of manganese and niacin (B3). 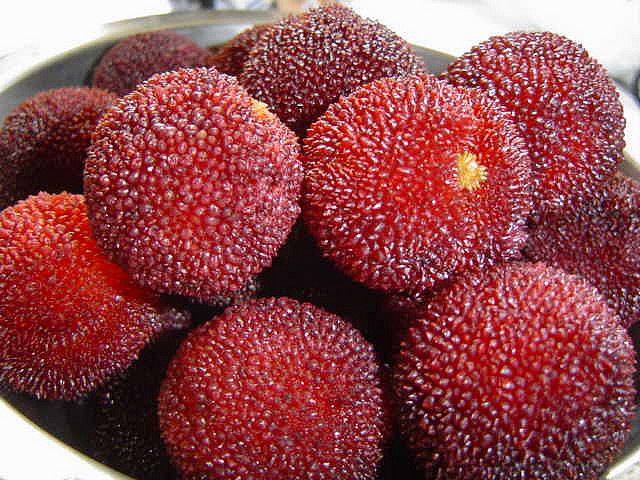 Popularly known as ‘yumberry’, Chinese Bayberry or Yangmei is a sweet-sour flavored fruit that has a resemblance with large dimpled cherries. Grown in southern China for over 2,000 years, it can be dried, fresh, or fermented to make baijiu (Chinese liquor). 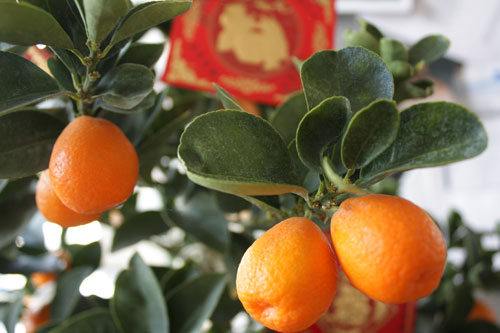 The world’s smallest citrus fruit Kumquat that is a grape-sized orange with edible skin. It can be consumed fresh, made into a pickle, candy, or jam. Mostly eaten during festive times like Chinese New Year, they have a taste that is sweeter and a bit sour, quite like an orange. 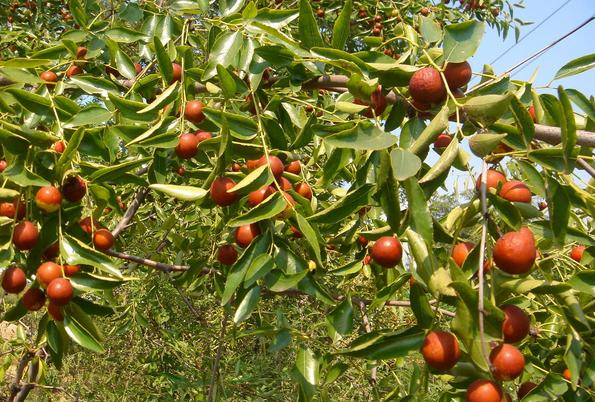 Jujube is a well-known Chinese fruit that is usually consumed in dried form as a snack or in Chinese cuisine. Also, it is extensively used in Chinese traditional medicine because of its numerous beneficial properties including anti-inflammatory and anti-stress properties.

In dried form, its color turns deep, brownish-red, and its sweetness increases. The fresh jujube is also as popular, and it has a green and dark brown color. This sweet fruit has an apple-like texture. 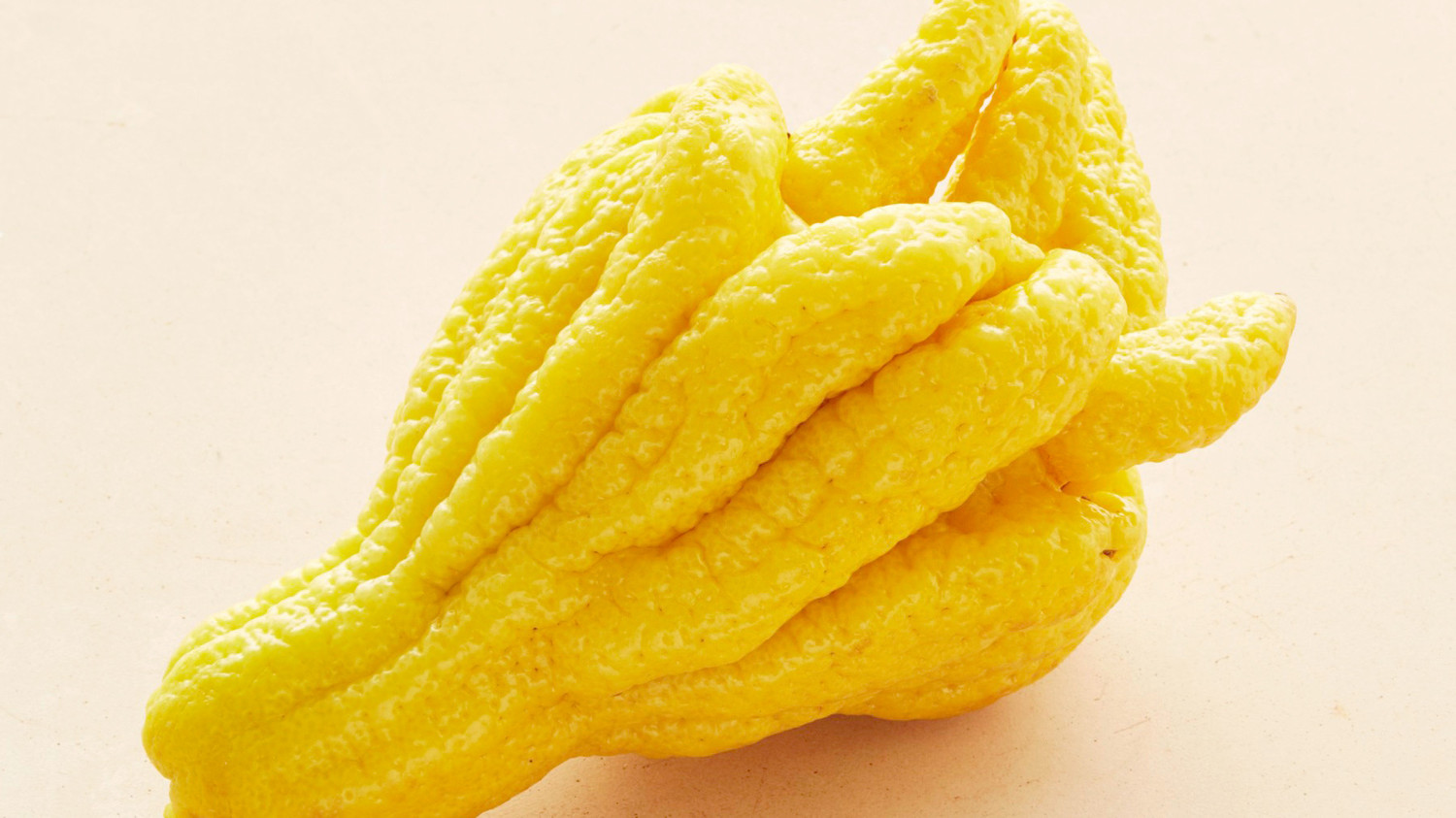 Buddha’s hand is an odd-looking fruit that has an appearance like that of a tentacled orange. It is highly valued for its intense citrus-like aroma. Usually eaten as it is, it can also be eaten by segmenting the “fingers” (through candying or zesting the peel). 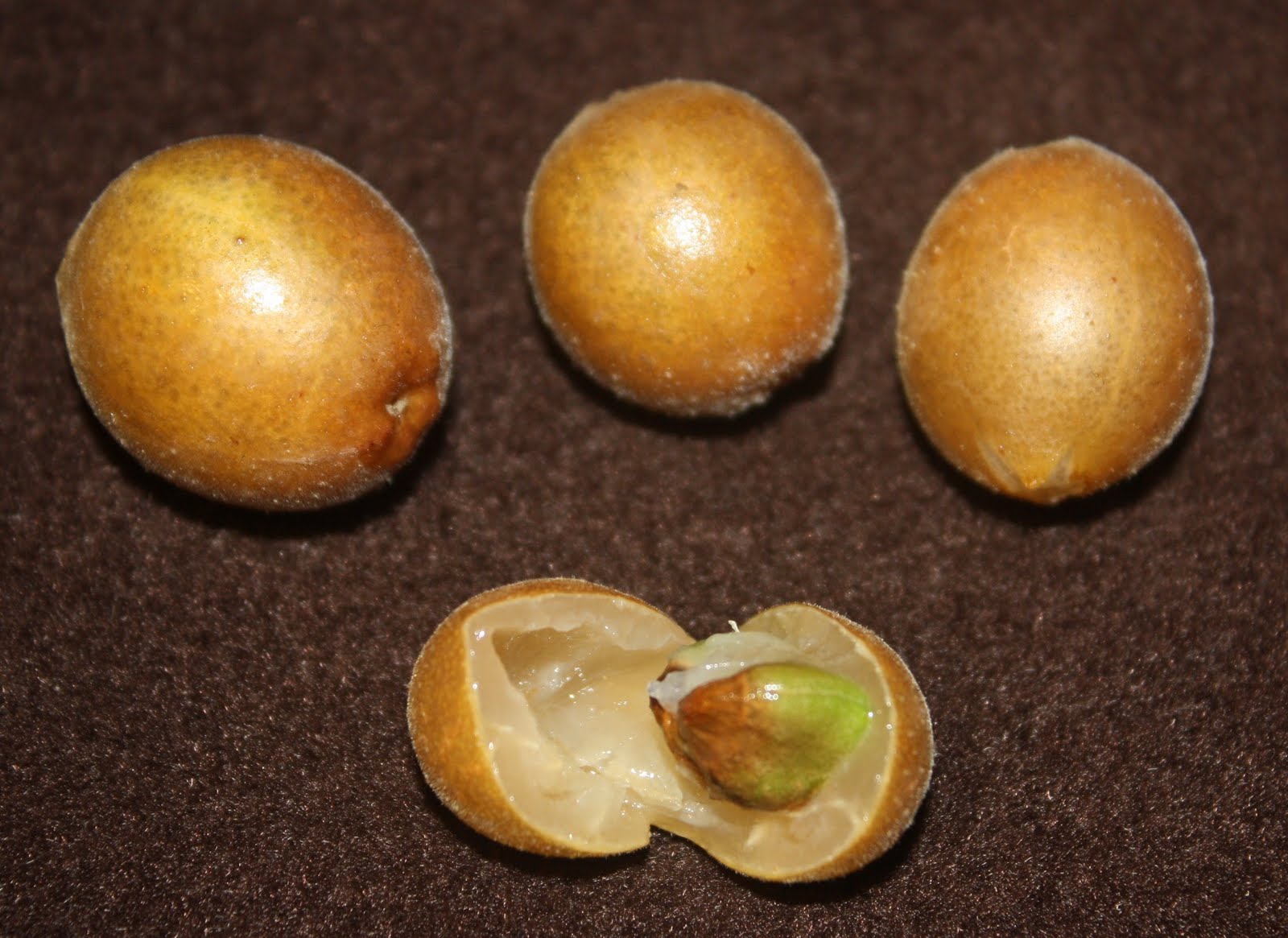 Wampee (meaning “yellow skin”) is the fuzzy golden fruit of China. With an edible peel and juicy interior flesh, it is surrounded by 2-3 large green seeds. It has a slightly bitter taste. It is used in Chinese traditional medicine for treating several ailments including bronchitis and dandruff.