Scooby Doo And The 10 Most Mysteriously Famous Cases

The episodes mentioned here in this post are some of the most loved episodes that features brilliantly written mysterious cases of the Scooby Doo, Shaggy and the team. Scooby Doo, Where Are You! Remains the first ever mystery and investigative genre based cartoon shows that most started to watch and love as kids. As I write this post, the theme song of the show plays in the back of my mind triggering nostalgia.

The Mystery team despite being a dysfunctional team of investigators stumbles to places troubled with supernatural problems and somehow gets rid of the supernatural ghosts, witches and whatnot.

This list is made up of such iconic cases that made Scooby Doo cartoon character, Where Are You! such a famous show 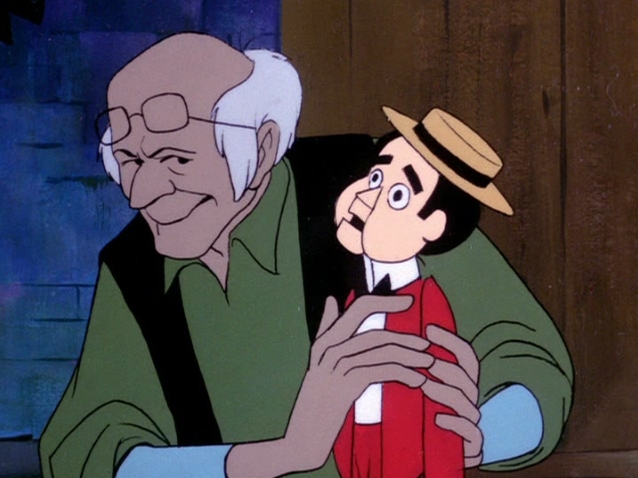 The gang investigate an abandoned theater where they face a spooky phantom and his puppets, all connected to a counterfeiting operation!

9) A Clue For Scooby Doo 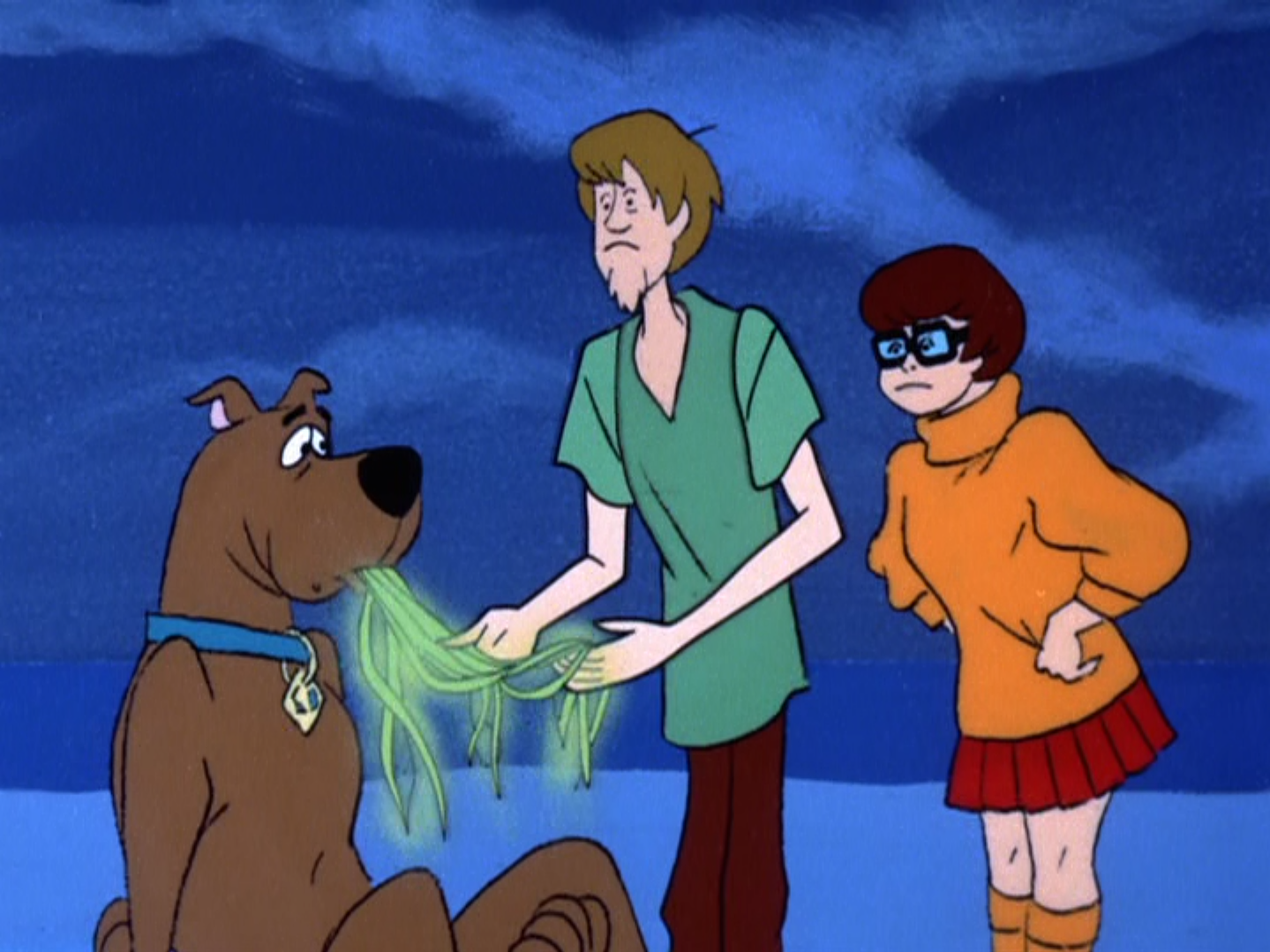 At Rocky Point Beach, the gang encounter the ghost of an old sea diver. A sailor claims it to be the ghost of Captain Cutler, who, according to legend, died at sea many years ago when his boat got wrecked and he is getting his revenge.

8) Hassle in the Castle 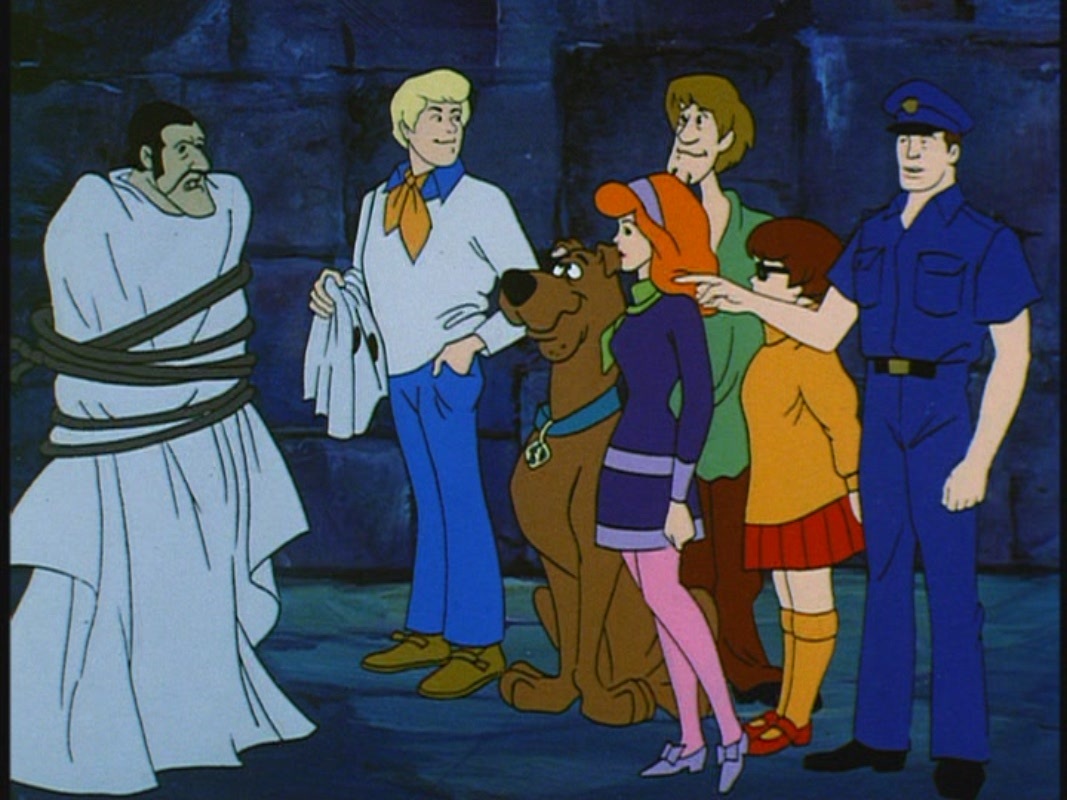 After getting lost in the fog, the gang arrive on Haunted Isle, where they meet an unearthly ghost haunting an old, abandoned castle.

7) Bedlam in the Big Top 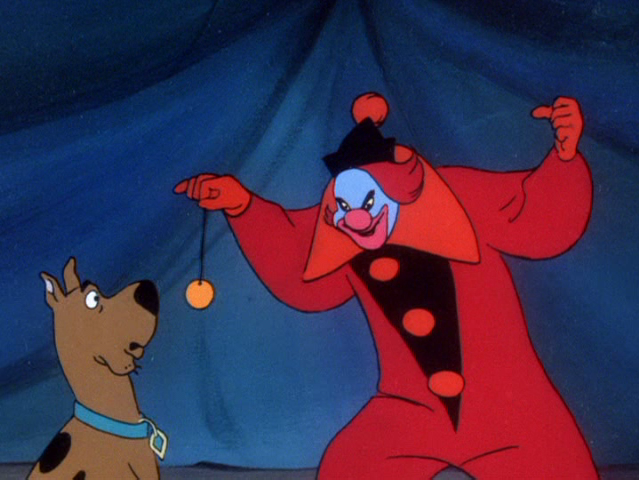 The gang stumble upon a circus that is supposedly haunted by a ghost clown that starts to hypnotize some of them with a gold coin. 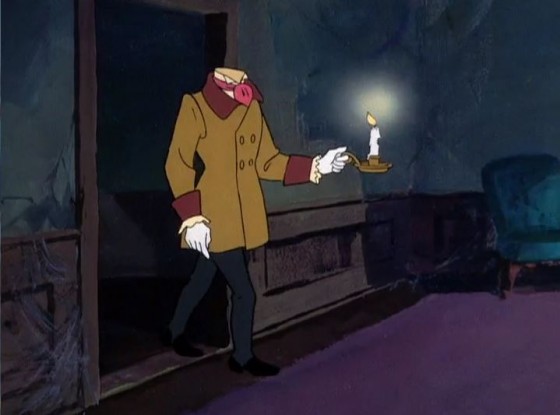 Mystery Inc. is headed to a rock festival down some deserted back-roads when they run into a farmer who warns them about a haunted mansion up ahead. They head up to the mansion where a headless specter roams the grounds, and the gang must find out who is behind it and why.

5) Jeepers, It's the Creeper 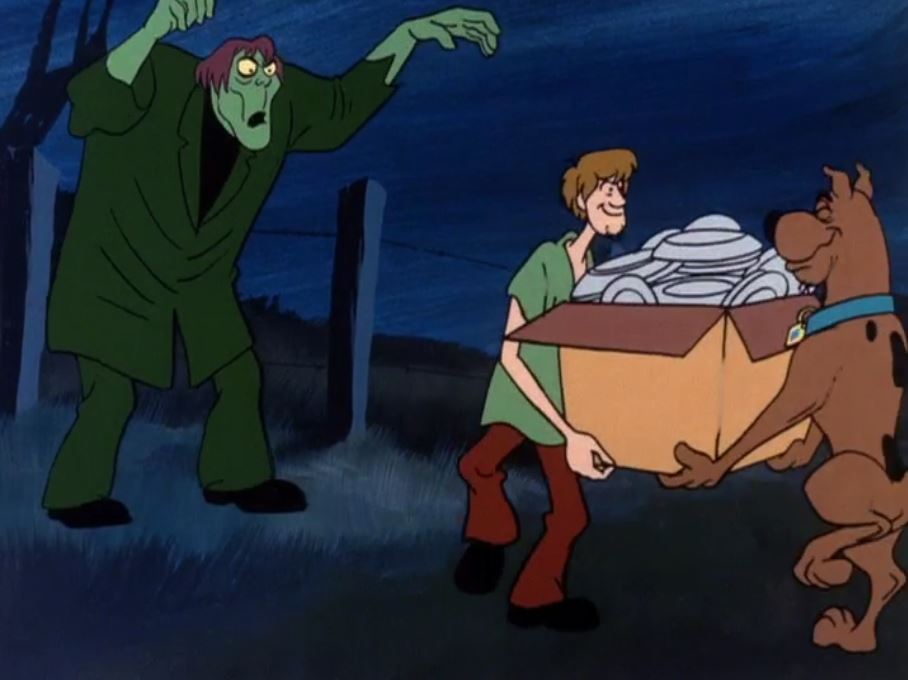 A school dance at a rural barn is disrupted by the Creeper, a zombie-like figure, who has been seen robbing banks at night in town. The gang searches the woods and countryside for clues, while being chased by the Creeper, and encountering an eccentric old hermit who wants their company. 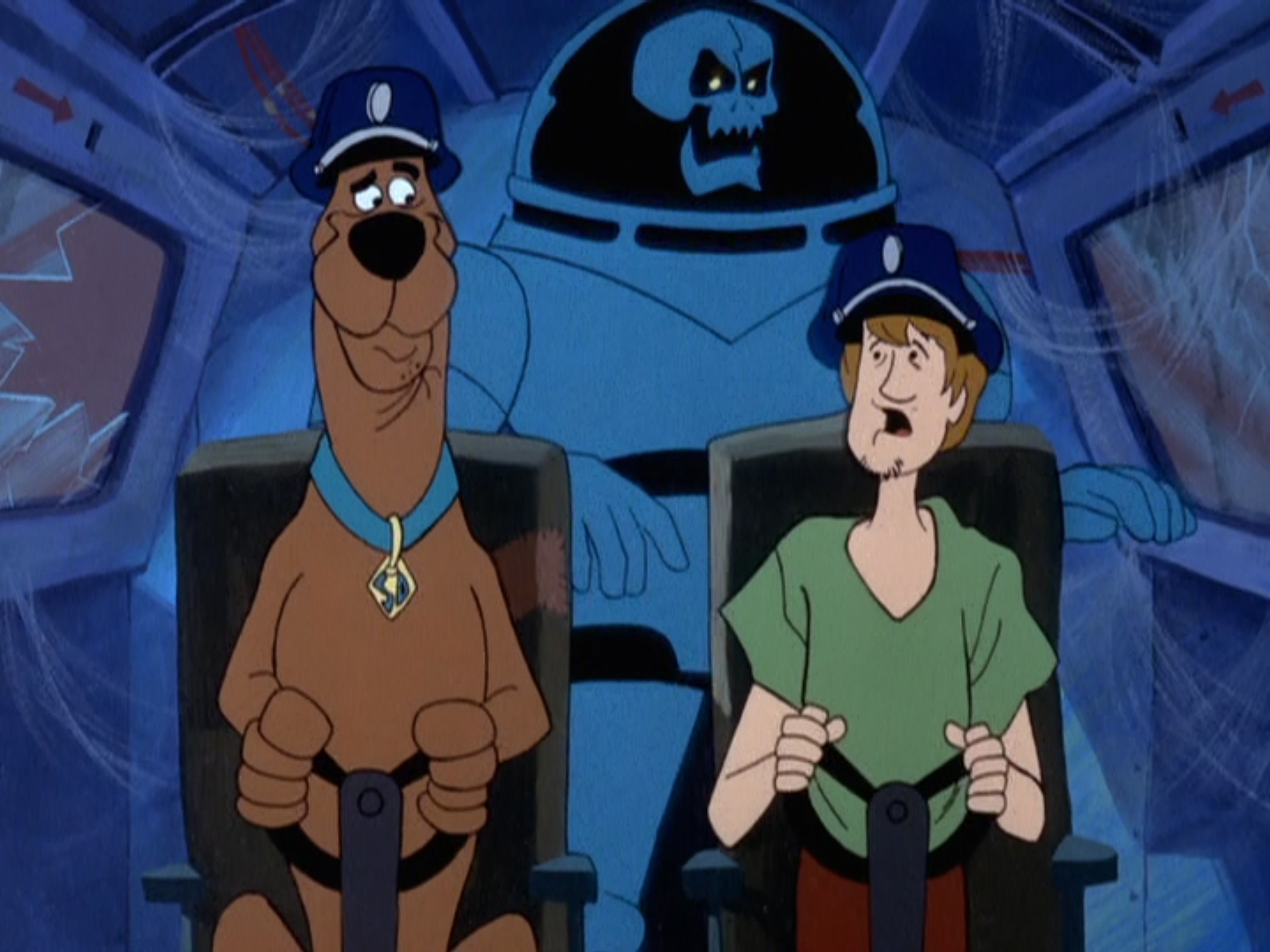 It appeared to be a ghostly apparition of a humanoid male. More in depth, it had a skull with huge, dull, pale yellow eyes, inside of a blue spacesuit.

3) Which Witch Is Which? 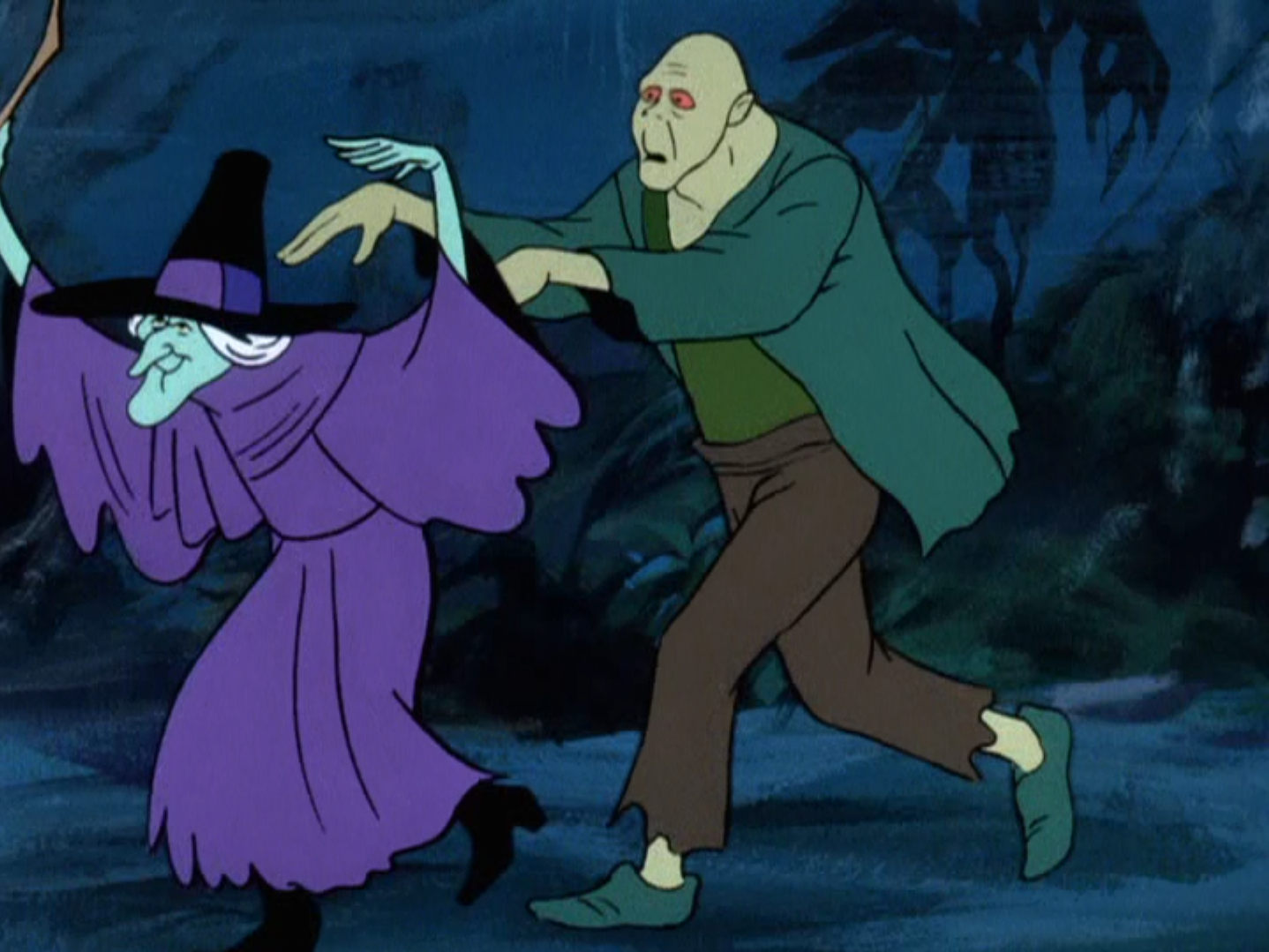 After coming home from a fishing trip, the gang run into a witch and a zombie who have been haunting the swamp and scaring everyone off.

2) A Gaggle of Galloping Ghosts 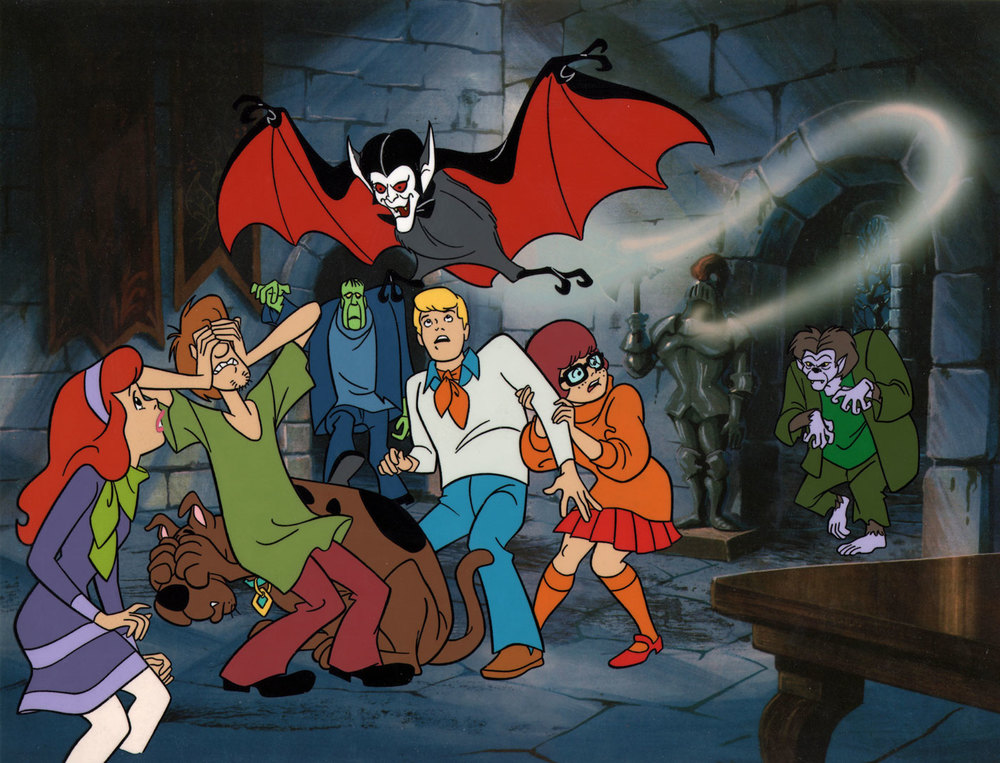 On their way to Franken Castle, the kids stop to get their fortunes told by a gypsy fortune teller, who warns them they will meet their doom if they go to the castle. They soon are greeted by, Dracula, Frankenstein's Monster, and a werewolf on the castle grounds who warn them away.

1) A Night of Fright Is No Delight 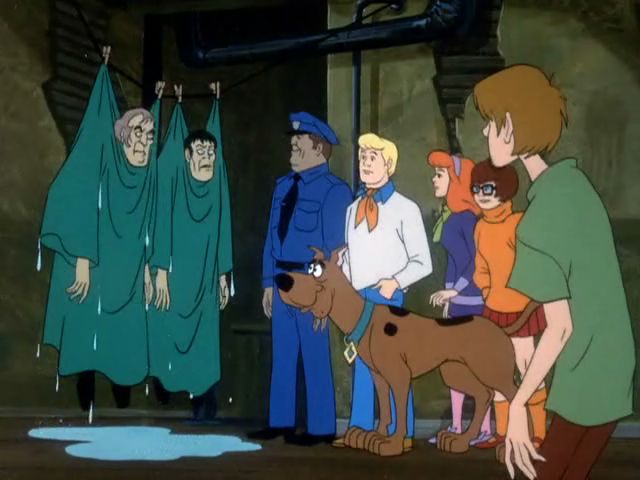 Due to Scooby's heroics, he is included in the will of an eccentric millionaire. Along with some other heirs, he will only get this fortune, however, if he spends the night in the Colonel's haunted mansion. It proves right when two green phantoms frighten the heirs away.

5 Most Famous Supporting Roles in Hollywood