Milo Rau, a notable filmmaker, theatre-maker, writer, and journalist, has gained popularity for his play Lam Gods, is inspired by the famous altarpiece The Adoration of the Lamb of God. 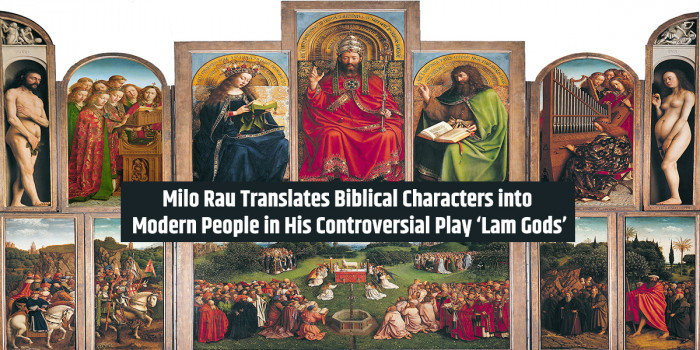 You might have heard or read about the director Milo Rau. He is a popular Swiss theater director, essayist, and a lecturer. From 2000, Milo worked as an author for Neue Zurcher Zeitung.

In 2007, he founded a film production company IIPM (International Institute of Political Murder). He runs several theatrical films and has been invited to some of the biggest national and international festivals.

While Swiss newspaper Tagesanzeiger named him as one of today’s most sought-after directors, Geran weekly Der Freitag on the other hand, called him as the most ‘controversial theatre director of his generation’.

It was in February 2018 Milo Rau placed ads in a Belgian newspaper. He became an artistic director of the NTGent and needed actors for his upcoming play based on the Ghent Altarpiece. For the play, he needed a modern Adam and Eve, and Mary. A few people noticed his ad, but two weeks later, Belgium’s popular tabloid ran an article about the play, and he became the subject of a national and international scandal.

His play Lam Gods is inspired by altarpiece, The Adoration of the Lamb of God, by the Van Eyck brothers, which hangs in Ghent’s St. Bavo’s Cathedral. In his play, Rau translates the Biblical characters into modern people who tell their stories on stage.

Milo has been working on the ‘theatre of the real’ for a long time and connects every day with the spirituality in Lam Gods as the brothers did back then. Just as the altarpiece consists of overlapping layers, the people of Ghent talk about their life live on the stage.

About The Play ‘Lam Gods’ 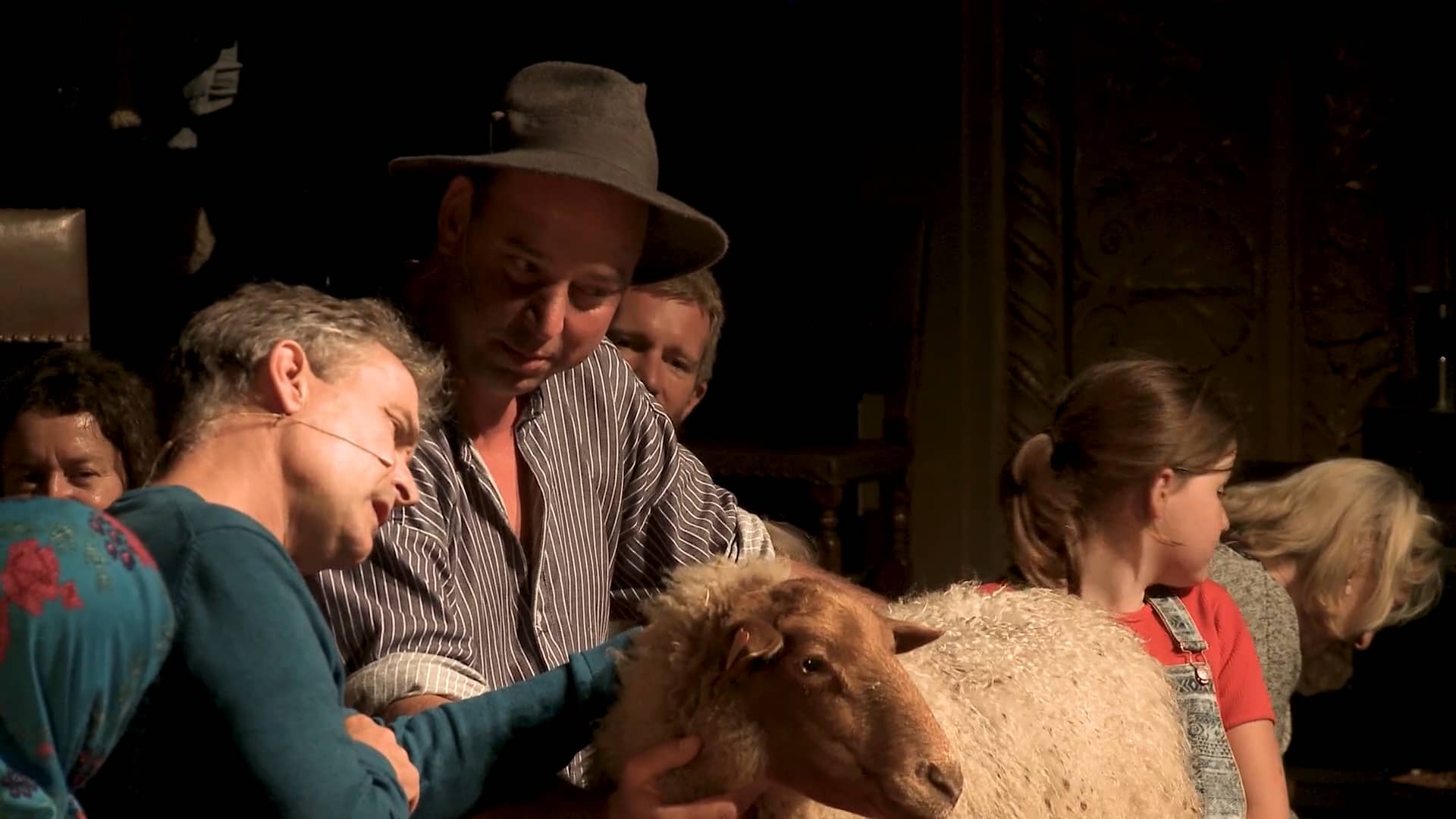 The Ghent Altarpiece stands fifteen feet wide, eleven feet high in the Villa Chapel. ‘Lam Gods’ is the Dutch name of the Altarpiece, and Rau brought modern models onto the stage to reinvent the biblical figures and characters painted by Van Eyck's-Ghentians. At the end of May, he published the Ghent Manifesto and several rules that all NTGent productions are required to follow.

The famous Ghent Altarpiece is a complex 15th-century polyptych altarpiece in St Bavo’s Cathedral, Ghent, Belgium. It is considered a masterpiece of European art.

The panels are organized in two vertical registers, each with double sets of wings containing inner and outer panel paintings. It was on 6 May 1432, the installation of the altarpiece was celebrated. It represented the western art in which the idealization of the medieval tradition showcases the human representation.

Lam Gods, the play, starts with an image of creation through a fog of stage smoke and ends with a forecast of the climatologically apocalypse. Stimulated sex rubs up against real animals and humans. In 1432, the Ghent altarpiece showcased the Christian worldview. ‘Lam Gods’ is doing the same thing for today. 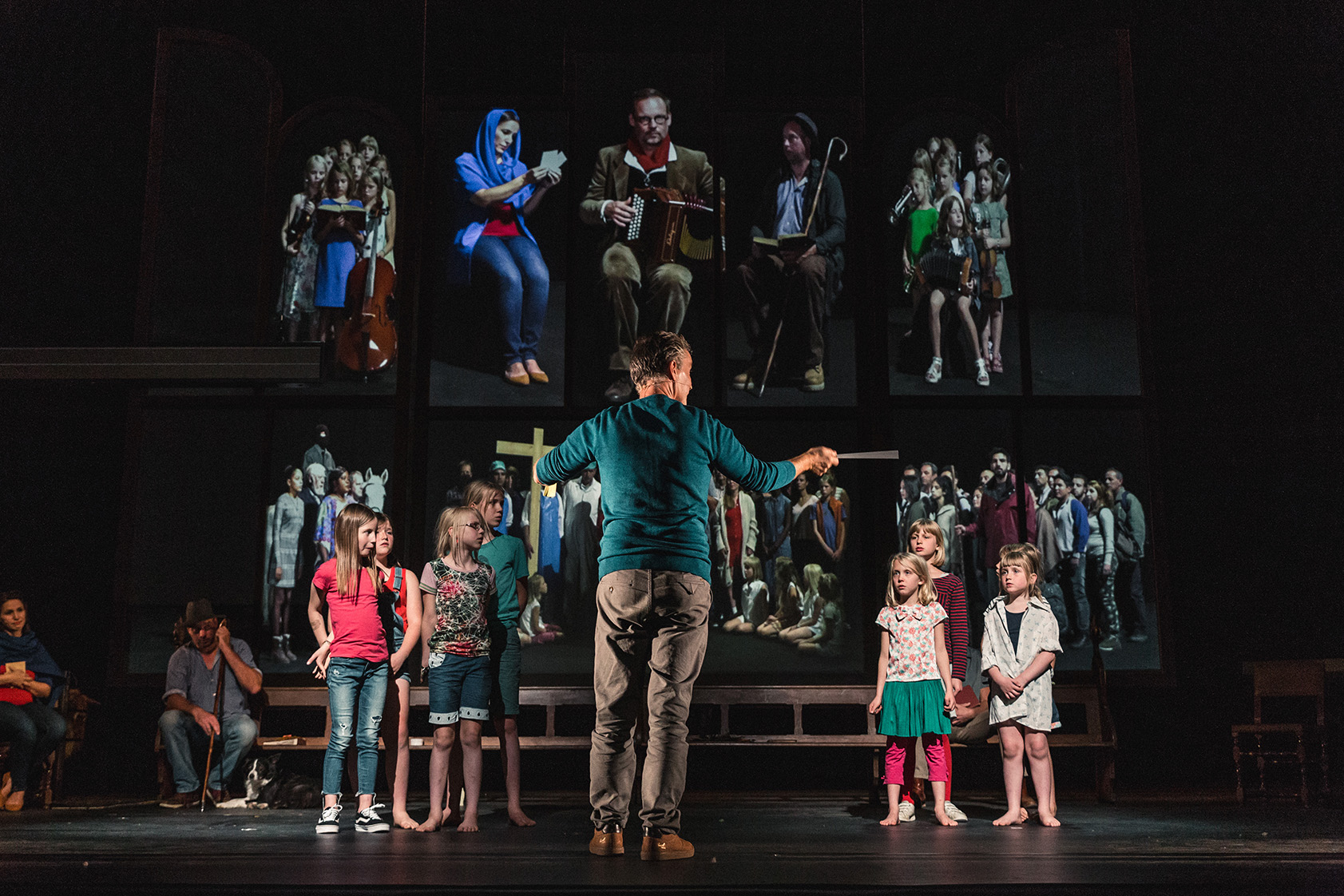 Rau praises Belgium’s open-mindedness and says that the controversial scene in Lam Gods, where two couples appeared as Adam and Eve simulate sex in front of children, who played as the Altarpiece’s angels couldn’t be possible in other countries.  He believes that the Belgian state is stuck between the tensions of Walloon and Flemish communities and has made society extremely strong.

“For generations, they’ve learned to do it themselves, somehow.” 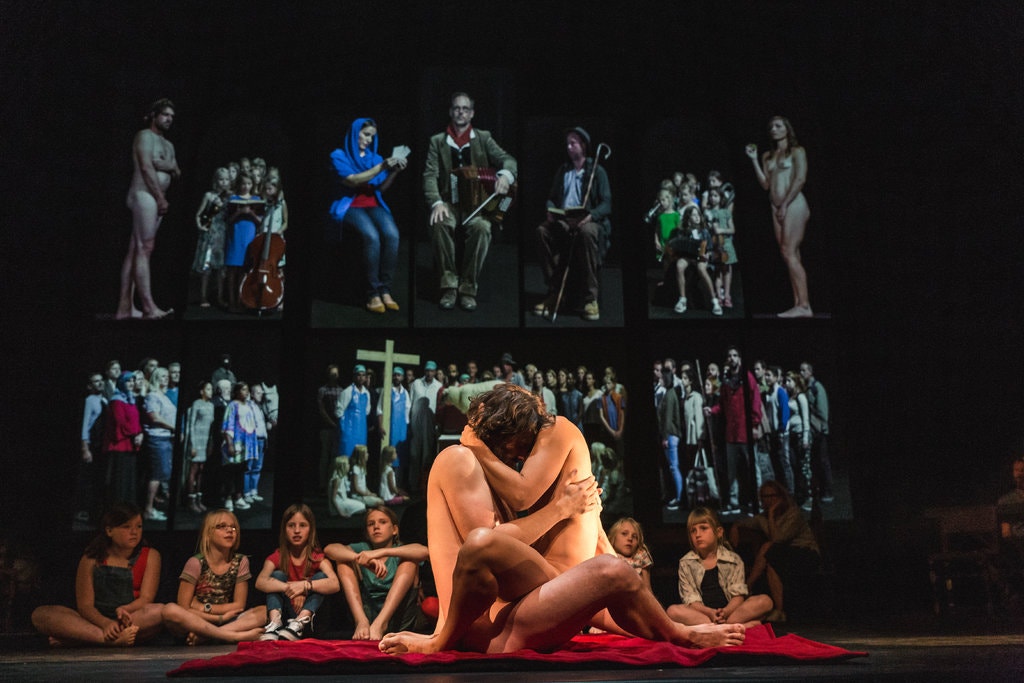 When they stimulate sex on the stage, it is real and not an enacted one. The sex act also caused controversy. But Rau has an open-door policy, so he didn’t turn away. This scene exhibits a sense of a universe in which both audience and performers share something in common.

By taking ordinary people in his play as scriptural icons and saints, the play works in two ways at once. It restores humanity to age-old and shows the extraordinary world around us. ‘Lam Gods’ is not only a portrait of Ghent, but also an attempt to represent the city, and theatre into the world today. The play performed on the stage showcases about global issues and now also focuses on religion, globalization, and migration.

Like the altarpiece, the play centers on sacrifice. The actor Shepherd Koen Everaert shears sheep live on stage and kicks against the razor’s buzz. The video from a slaughterhouse played, as a lamb meets its end: stunned in the head and bled out. It is terrifying to watch, but it states about the way we live. We treat people similarly. We care for those who are beloved and neglect others.

Maybe it is a connection to a rebirth of a city rather than violence. The specific form of violence we see live is – the slaughtering of sheep, an old woman in a care facility(video), and intimate dance stimulating sex (live) are jarring, but they are connected to death and life.

The death, life, and rebirth are similarly connected to the altar’s sacrificial lamb. While the city may grow, languages appear and disappear, something new would inevitably emerge. After humans disappear, the earth would continue to grow. 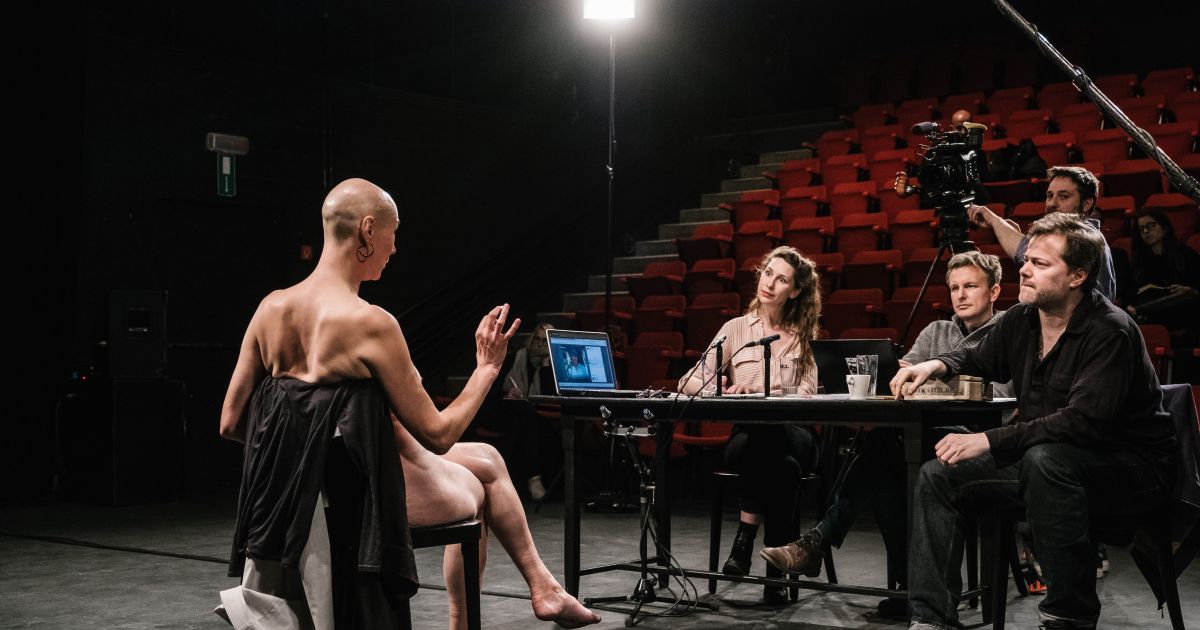 The play is all about the beginnings, endings, and new beginnings (future). He summarizes the play in several parts as:

Why He Always Chooses the Topic Based on Violence? 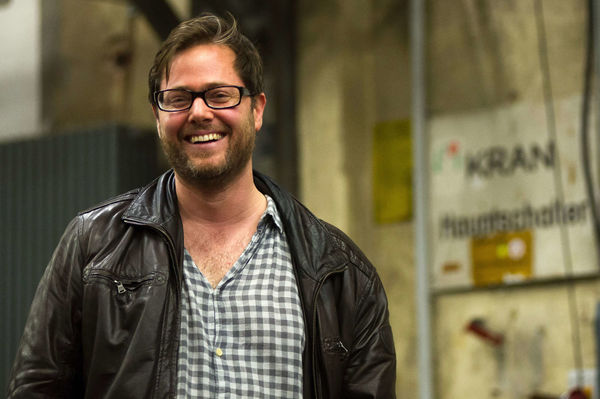 One in an interview, he said,

“I was interested forever in violence,”.“Violence itself, but also social violence, political violence, those moments when society really cracks and everything’s possible. How are humans behaving in that moment, and 10 years, 20 years later? And why do they not behave like it normally? Theater’s the one place — the public place — where you can talk about that trauma somehow.”

Maybe he is true.

Controversies also make him famous, which in turn earn him money to make the plays he wants.

Who are the angels, Adam and Eve?

What would Ghent’s altarpiece look like if it were painted today?

Who are John the Baptist and Mary?

These are the questions that director Milo Rau answered in his play Lam Gods.

Unlike other Rau plays, Lam Gods showcased different cycles of life – migration, coming and going, life and death of people and communities. It tells how the city and its people change, but how these changes never stop and continue to happen.

What are your thoughts about this Milo Rau play Lam Gods? Do you think it justifies the original altarpiece in St Bavo’s Cathedral, Ghent, Belgium? Drop your comments below. Also, tell how you are connected with The Ghent Altarpiece.

#DMXChallenge is Challenging You to Make Video with Different Hairstyles