Forza Horizon 3 Soundtracks Are More Addicting Than A Drug

Forza 3 Horizon Soundtracks from different studios offer a wide range of soundtracks which includes latest chartbusters and indies to the all time classics to choose from. 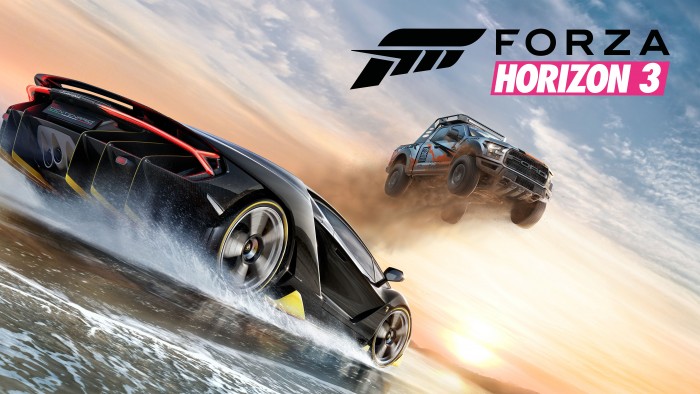 One of the most memorable aspects of all Forza titles are the soundtracks that accompany them. With a majority of your playtime accompanied by a playlist of preloaded tracks, recent games have attempted to offer a range of genres across their radio stations.

Naturally, music plays a huge role in the Horizon Festival and, as the boss, you’ll have say over that as well. For Forza Horizon 3, we want you to drive to the music you love. We started by adding more radio stations – featuring new music styles like hip hop, heavy rock and punk – alongside Horizon favorite stations like Bass Arena and Horizon Pulse. Forza Horizon 3 will feature stations from labels like Hospital Records, Epitaph Records, and Vagrant Records, as well as the latest music from cutting-edge Australian label Future Classic. That’s more radio stations, covering a broader range of music, than ever before.

Horizon has teamed up with Vagrant Records, the LA-based indie label, to bring a diverse selection of indie, hard rock, punk and emo hits, to your Festival. Van Pierszalowski from WATERS hosts an eclectic selection from artists including The 1975, White Lies, and blink-182.

“Caught By My Shadow” by Albert Hammond Jr.

“We’ve Had Enough” by Alkaline Trio

“Carry Me” by Bombay Bicycle Club

“Hard to Love” by MIAMIGO

“See You” by Saves the Day

“Ablaze” by School of Seven Bells

“We’re The Trees” by The A-Sides

“Ten Minutes” by The Get Up Kids

“Blood On The Sand” by Thrice

“Come On” by White Lies

If you like your music loud and raw, then check out the sounds of Epitaph, the independent record label founded by Bad Religion guitarist Brett Gurewitz. Join Keith Buckley of Every Time I Die on Epitaph Records Radio for a selection of the greatest punk, metal, and post-hardcore. Courtesy of Bad Religion, The Offspring, Saosin, and more.

“Naivety” by A Day to Remember

“This Loneliness” by Avion Roe

“She’s A Blast” by Beautiful Bodies“

“The Gold Song” by Bouncing Souls

“Spineless and Scarlet Red” by Descendants

“It Remembers” by Every Time I Die

“Make Me Dumb” by Joyce Manor

“Raise Your Voice” by Obey The Brave

“Get It Right” by The Offspring

“Fall Back Down” by Rancid

“Racing Toward a Red Light” by Saosin

“Gold” by Sleeping With Sirens

“Come Around” by Transplants

Indie label Hospital Records Radio is back at Horizon bringing you all drum and bass, all of the time. Label owners Chris Goss and London Elektricity introduce artists including Netsky, Metrik, and Fred V & Grafix.

“Throw Ya Hands” by Danny Byrd

“Get Away From Here (Instrumental)” by Netsky

“Only U (Real Quick)” by Ownglow

What better way to drive around Australia than listening to a Future Classic station? This full service Australian independent music company features music from local and international artists and is bringing Forza Horizon 3 players sounds from Flume, Chet Faker, Flight Facilities, and more.

“Just A Lover” by Hayden James

“Bird Of Prey” by karma Kid

“The Worry (Andras Dub)” by Seekae

“Get Lost” by BreakBot

“Bury It” by CHVRCHES

“HandClap” by Fitz and The Tantrums

“A Love Song” by Ladyhawke

“The River” by Ladyhawke

“I Follow Rivers (The Magician Remix)” by Lykke Li

“The Heart Of Me” by Miike Snow

“Say My Name” by ODESZA

“Tied To You” (feat. Justin Tranter) by THE KNOCKS

“I Want U (GANZ Flip)” by Alison Wonderland

“Be Right There” by Diplo & Sleepy Tom

“Ingrid Is A Hybrid” by Dusky

“Fall For You (Radio Edit)” by Just Kiddin

“Papua New Guinea” by The Future Sound Of London

Hip hop arrives at Horizon for the very first time on Horizon Block Party. With fresh cuts from Maxim and Oddisee and old school classics from RUN–DMC, Beastie Boys, and Young MC.

“Hit Em Up” by Afrikan Boy

“Sure Shot” by Beastie Boys

“Part Of” by Courts

“Circle of Success” by Maker

“Up and Down (Beautiful Raw Remix)” by Maker

“Bust A Move” by Young MC

For those who like the finer things in life, local legend Don Thompson keeps things sophisticated on Timeless FM with a tour of the classical greats—from Beethoven and Mozart to Tchaikovsky.

“Hungarian Dance No. 5 in G minor” by Brahms

“Waltz of the Flowers” by Tchaikovsky

“The Trials” by Kazuma Jinnouchi