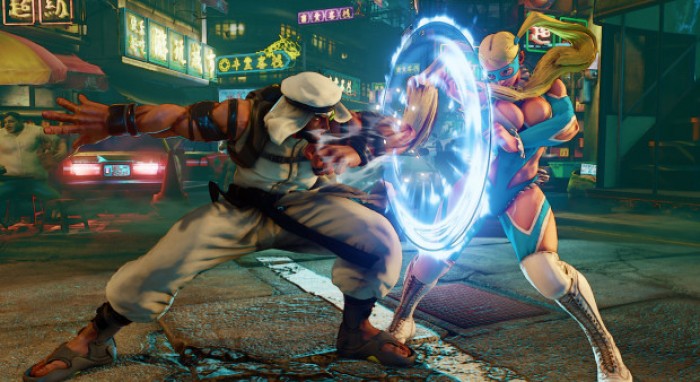 Mod(Short for modification) is a type of procedural change in the code of the game, it allows gamers to alter the desired values and stats to improve the gaming experience as per the individuals. Mods can range from small tweaks in characters, maps and HUDs to a game within a game.

Modding brings out the real potential a game really has to offer but at the cost of processor/graphic memory consumption. It would be wise to try this whole modding business in high end PC otherwise you will end up with miserable frame rates and a laggy experience.

Here are some of the splendid mods for Street Fighter 5 that will change your game for the better. Or for worse? You decide.

1. Now You Don't Have To Wait An Eternity For The Duel To Start

Since the release of the game, the modders and the gamers were expressing their rage about how unpolished of a game Street Fighter V is? And Capcom should even let the modders allow to properly finish their unfinished product.

Within a few months of its launch, people were on a modding frenzy. From appearance & sound effects to character’ manipulation, all sorts of modifications were made in an effort to make the game perfect. This one particular mod by ToolAssisted reduces the loading time that the game takes to make a transition from the Character select screen to the Duel.

Street Fighter 5 and Overwatch are obviously two very different games: one is a wildly successful team-based shooter, and the other is an arcade-style fighting game that missed its sales target by a dramatic margin. That being said, the two titles evidently contain a plethora of fans who are enjoying both games, and one talented fan has now found a way express his interest in Overwatch within the confines of Street Fighter 5.

This modder has created a modification which brings Overwatch‘s Tracer into Street Fighter V, though she replaces veteran roster character Cammy to do so.

You can check out Tracer’s hand-to-hand fighting moves as she spin-kicks her way through a few rounds, a skillset copied straight from Cammy’s repertoire. The modification looks very polished, with Tracer blending in very well with the other characters of the game.

This Mod is made by Pablo who goes by the pseudonym NFMS InnerPainX for the people who don’t have a fortune costing high-end gaming PCs, but they still want to play the latest in the Street Fighter franchise which unfortunately falls in the category of graphic hungry games.

To get a stable game experience with Street Fighter 5, your PC can have an Intel i3 CPU, coupled with a GTX 750 ti and 6GB RAM and run on Low Spec mode. For online play, you need to reach 60FPS or you will be at a serious disadvantage.

According to NFMS InnerPainX this turned down version of street fighter requires only below mentioned stats as minimum requirements:

4. When Life Is Beating You Hard & You Need To Just Chill

Results screen (you don't see what happens with the points)

LP on the Main Menu

Some pointless statistics can’t ruin the non-judgemental gaming experience you have been dreaming of.

It won’t matter now if you Win or Lose.

5. Jet Packs Vs Whipped Truth In A Street Fight

Now your dreams of fighting in a duel as your super hero has finally come true. Thanks to character modifications you can make Street Fighter characters in the roster look like Iron Man and Wonder Woman.

The mod only allows your character to look like Iron Man & Wonder Woman and no doubt it looks flawless but where it will fail your expectation is the point when you will discover that you can neither Shoot Lasers Or Whip The Golden Lasso Of Truth. It is because of the reason that the respective characters are skinned on Urien & Chun Li, and they have their personalities that will cease to change even with any mod.

In terms of character modifications, there is a lot a modder can do with Street Fighter heroes. They can change the appearance of the characters from head to toe. You can make the characters look like anything you want but modders stick to a particular taste the most, which is to exaggerate everything. This style of modding has resulted in such results that it’s ridiculous.

The Modders have a such a level of freedom to change the game that they can even mess around with body physics of a character resulting in fluid movements, softer body stance and the favourite of all modders; bouncy assets.

7. Deadpool Vs Flash (Marvel vs DC)

When a trend sparks it spreads like a wildfire and the same case happens with the modding community. People are always excited to see superhero showdowns, where they can get conclusive results so as to find out if their superhero is better than their friends’.

The Deadpool mod used in this video is created by HECZ while the  Flash mod is created by THEJAMK. The background music is also modifed to fit the premise and is given by: