6 Most Amazing Movie Scenes That Aren't Gone Through CGI

Here is a quick glimpse of the most amazing scenes from the movies you won’t believe were shot without CGI. 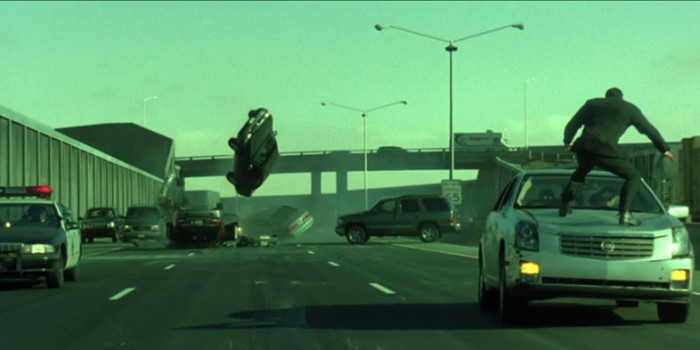 Can you think of any Hollywood movie which does not rely on CGI to make their movies look exceptional? Well, you might be surprised after knowing that there’s no single movie created in the last few years that didn’t use CGI. Actually, people have become habitual of expecting something beyond imagination.

CGI (Computer Generated Imagery) is quite efficient to use, and it sometimes tricks the audience into believing what they are seeing is true. While there is a list of films that use special effects of CGI, there also few movies which didn’t take help of any CGI.

1. Flipping of Semi Truck in The Dark Knight

Did you remember the scene in The Dark Knight when a car chase concludes with a huge 18 wheeler going ass over teakettle in the middle of the city block?

The genius team had made the best use of computers to edit out the equipment used in the stunt, but right from the truck to the end over end flips, everything was real. (6.1)

Back in 1984, CGI was not meant for the low budget films. So when Craven’s horror flick Nightmare on Elm Street introduced the viewers to the fedora-wearing movie monster of their dreams it brilliantly pulled the nightmarish special effects in a movie.

And one movie scene when baby-faced Johnny Depp is dragged at the center of his bed, and vomit looks like have used the CGI but the scene was not shot with the CGI effects.

The blood geyser scene is actually an upside-down image of an upside-down set. I.e. the bedroom was once flipped and the producers poured nearly 500 gallons of fake blood through the bed and allowed gravity to do the rest.

The director Christopher Nolan prefers using practical effects but surely he had made the computers work in a scene in the Dark Knight Rises.

Do you remember a scene where wings of the plane are dropped at several hundred feet to create the place escape?

Though, the scene looks it has played brilliantly well in CGI but it is not. Nolan really did dangle half a turboprop plane vertically from the helicopter and then cut it to crash. That was real? Still, I doubt.

Casino Royale directed by Martin Campbell itself is great in direction and a superhit film for James Bond lovers. The film also broke the record for the highest number of cannon rolls in one stunt.

The Aston Martin DBS was fitted with the cannon in order to assist the necessary number of rotations. You are probably wrong if you think this scene was shot on a random street, it was shot at the Millbrook Proving Ground in Milton Keynes.

Movies always demand CGI in order to make the audience realize the proper vision. While Sam Raimi’s Spider is known using very few props in making, once scene has really grabbed the attention: the scene in which Spiderman (Peter Parker) catches Mary Jane Watson and all food on her lunch tray.

Do you know that the team has not used any CGI? Instead, the team plastered some super glue onto the tray, allowing him to balance both Jane and tray. 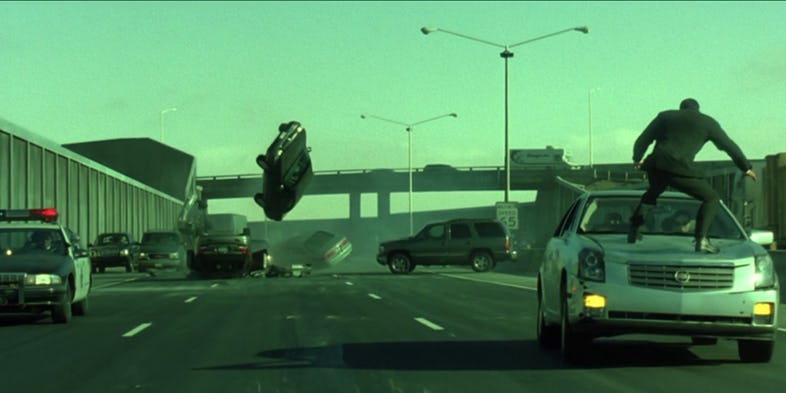 The Matrix Reloaded is one of the loved science fiction ever. It is remembered for many things and mostly for one scene when one of the agents is seen jumping on the vehicle which then collapses as he jumps off onto another vehicle.

By the time you think this implosion was done after the effects of CGI, let me tell you it was all real. The cannons, rigs, and ramps used to create the scene were removed later using CGI. (6.2)

11 Of The Most Incredible & Unforgettable James Bond’s Cars