Father's Day is one best occasion to spend quality time with your dad. And watching a film could be a great way to do that. So, here we are with the list of 12 best dad movies to watch & bond with your dad this Father’s Day. Have a look! 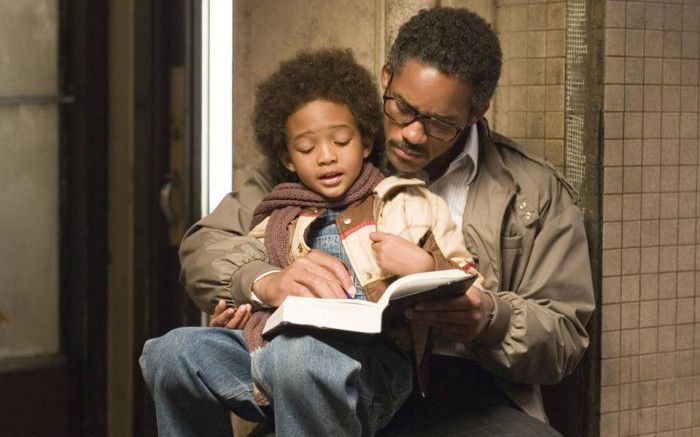 Watching a movie is one perfect excuse to spend some quality time on the couch with your favorite guy. Yes, I am talking about your father. The person you love the most but also possess some fear of him.

And, since the Father's Day is right around the corner, it's the best time to kick your feet up and enjoy a movie about an inspiring fictional dad. Whether it’s a hilarious comedy, tear-jerking drama or action-packed thriller, if it contains your favorite fictional father similar to Bob Belcher then surely will keep you both entertained all day long.

So, from the battle of a son to accept the bequest of his father, to the admirable bravery of Marlin the clownfish to the crazy antics of Mrs. Doubtfire, here we have listed 12 father-focused plots to choose from.

We are also adding links to their trailers so you can see & pick the best of plots you want, and enjoy with your father!

Maybe it's an old one, but it showed fatherhood beautifully. Yes, it showed how sometimes fatherly love involves dressing as drag only to get to spend more time with your children. The movie goes as Daniel experiences divorce from his wife.

And, in the mid of all this, he realizes how his children suffered the most, and he is giving limited facetime to his children. Hence, divorcéd Daniel Hillard, played by Robin Williams, comes up with a plan to continue to be their parent. For that, he dresses up as an old woman and gets hired as their nanny, of course.

Also, it could be said that Mrs. Doubtfire is one of Williams' iconic roles. Getting into wigs and sticking face in cakes, it's still a squirmer to watch him switch between his dad self and his alter-ego.

Well, this shows the dedication of one father in the love of kids. A must-watch film!

This is one great option if you are looking for something in animation. Yes, this Disney classic fish tale is one great movie showing the father-son relationship. It shows how some dads can do anything for their kids.

The story goes as one baby fish get separated from his father. Hence, the clownfish Marlin (Albert Brooks) swims the entire ocean to find his children. Sure, you might not see much father-son screen time, but it is all about father Marlin and son Nemo (Alexander Gould) experiencing heartbreaking separation from each other and how painful it is.

The Pixar classic takes you on a hilarious, wild, but moving ride as they both try hard to make their way back to each other. It's lovely!

Another old but epic plot you might want to see! “Three Men and a Baby” is all about three New York City bachelors Peter, Jack, and Michael (Tom Selleck, Ted Danson, and Steve Guttenberg) stepping up as father when someone leaves a baby on their doorstep, along with a note saying it’s Jack’s.

However, when this happens, Jack was not at home. Therefore the other two suddenly face a task they’re unequipped to do: child-rearing.

At first, they all hated babysitting, but later they fell in love with the little girl. Amazing it is!

Well, this is something out-of-the-box! There are situations when children get stuck between real dad and stepdad. So, for all those blended families out there, this hilariously comic movie suits better.

Here, the biological father (Mark Wahlberg as Dusty Mayron) stands against mild-mannered step-dad (Will Ferrell as Brad Whitaker) in a battle that who deserves the title of father of the year. The entire flick shows how beautifully they both struggled for the title.

Maybe you think that the concept of stay-at-home dad is not new. But it was when this 1983 comedy (written by John Hughes) hit the screens. Yes, this is the story of the father Jack (Michael Keaton) who lost his engineering job during the recession, and his wife Caroline (Teri Garr) finds a job before he does.

Hence, he takes over the job of caring for his three children and maintaining their home life. Afterward, he realizes what a challenging job full-time parenting can be and also learned to appreciate his family in brand new ways.

It’s one father-daughter classic one can enjoy the most! Yes, the movie goes as an age-old Steve Martin (the father) showed getting fatherly envy, as his one and only daughter finds a guy she likes spending time with more than him— her fiancé!

So, it shows what happens when Daddy's little girl is all grown up. It's hilarious as well as endearing to watch Martin go through wedding panic and have a full breakdown at a grocery store while tearing through bags of hot dog buns and hot dogs. Surely it feels bad to see Martin’s breakdown. But at the same place, you will love the bond that father-daughter share.

Well, for any sports-loving dad, this is the perfect pick! After spending six years in prison, father in the flick, Denzel Washington tries to rebuild his relationship with his son, who is also a top-ranked basketball player.

The movie becomes interesting when the state governor releases him for a week on parole only to convince his son to play for the governor's alma mater. In return of that, he's promised a greatly reduced prison sentence, but only if he succeeds.

Who doesn’t know Jaden Smith, the weird Twitter influencer? Right! But there was a time when he was just a wee little boy who acted as a son in The Pursuit of Happyness. In the heartstring-puller flick, he starred alongside his real-life father Will Smith who plays a helpless, poor salesman named Chris Gardner.

As he played the role of a down-on-his-luck person, one bad thing happens after another to him. Further, his wife leaves him, and he’s left to take care of their five-year-old. Plus they’re forced to stay in homeless shelters. However, Chris remains a loving dad to his son through all the hardships, and the ending of the flick will surely make you cry. One best fatherly-son movie you can go for!

After Mr. Mom, one more stay-at-home daddy movie came out. Well, this early 2000s comedy stars Eddie Murphy as the ultimate dad. The movie is all about Charlie Hinton (Murphy) struggling about how to care for his young son after losing his job.

Then he settles on starting a home childcare center for him and other neighborhood children. The movie becomes epic comedy as he has to deal with mischievous kids and their overprotective parents and the threat of getting shut down by the authorities. In mid of all this, he still manages to spend quality time with his son.

This is also one out-of-the-box plot as the father in the flick is neither biological dad nor stepdad. Yes, here the Adam Sandler's character Sonny, briefly acts in as a father figure for an abandoned kid.

Well, later the kid turns out to be the biological son of his out-of-town roommate. He tries to teach some unconventional lessons about adulthood to the little boy, but eventually, Sonny understands that he's the one who needs to grow up. That’s why it’s known as Big Daddy who does most of the growing up.

Why have only one dad when you can have three? This interesting plot you can enjoy in the modern classic Mamma Mia!. In the flick, Sophie (Amanda Seyfried) try to figure out who her real dad is before her wedding.

For that, she reads her mom’s old diary so he can walk her down the aisle with real father. It turns out that when Sophie was conceived, her mom Donna (Meryl Streep) had quite a busy summer. Following that, she left with three paternal options: Harry, Sam, and Bill. Well, you can also watch Mamma Mia! Here We Go Again (2018) for equal fun!

Needless to say that if you offer your dad to watch this classic with him, he will likely be thrilled. Even if the flick was considered a disaster during discussion or expected to fail but still it came up as one of the greatest films of all time. This drama that delves into the trouble that can come with being involved in the family business—particularly the one that's linked with the Mafia.

Talking about movie plot, The Godfather’ is all about the battle of a son (Al Pacino) to accept and finally live up to the bequest his father has left him.

So in many regards, The Godfather is a miracle. Watching it now, you'd never know it was the decapitated horse head and Mafia violence, which are now classic elements of the film. However, it's also true about family politics, mainly of the patriarchal kind.

So, you have seen the entire list of father-focused movies. Choose any, grab a couple of snacks & drinks, settle down on the sofa with your dad, and enjoy these movies perfect for Father’s Day.

Also, tell us which one of the above mentioned is your favorite plot or you enjoyed with your father the most!

Happy Father’s Day to Every Father Across the World!

10 Popular Epic Movies That Messed with History (#4 is Unmissable)