Often portrayed in famous films such as the Pirates of Penzance and books like Treasure Island these pirates have captured an imagination from a long time. 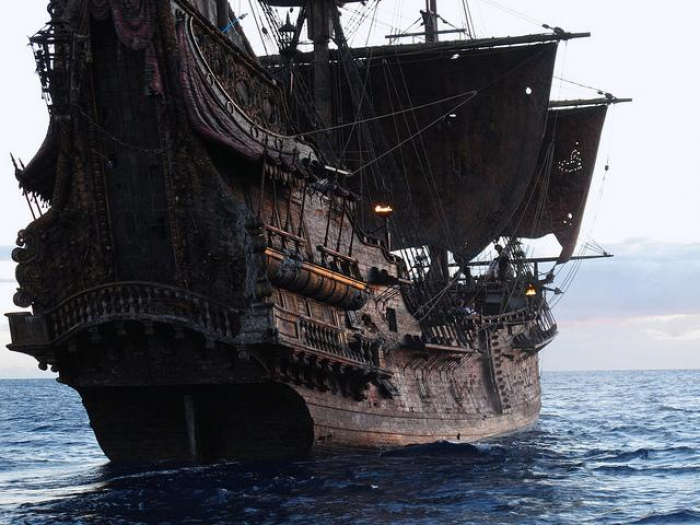 Have you ever wondered what went through pirate minds when they predict the future? Obviously, some of them were determined on treasure hunting while some focused on politics and only a few of the pirates shaped the fearless and slashing images of the pirate what we think of.

And now enter Captain Blackbeard - the most infamous pirates to sail the ocean. There are a lot of stories out there about captain Blackbeard. Let’s know some amazing and lesser-known facts about this notorious pirate. 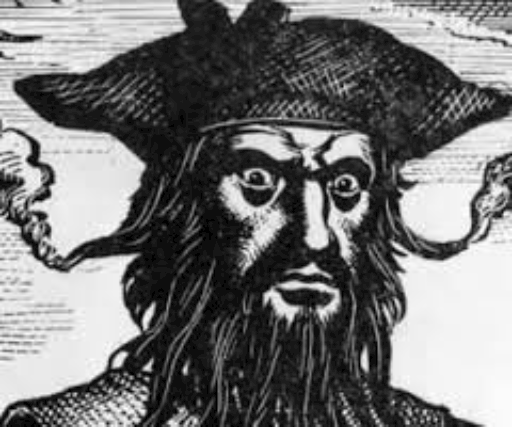 Do you know that captain Blackbeard received his name because of that extraordinary long beard he had? The real name of Captain Blackbeard was ‘Edward Tech’ or Edward Thatch. Not much is known about his personal life except that he was born somewhere in England and went to sea when he was very young. 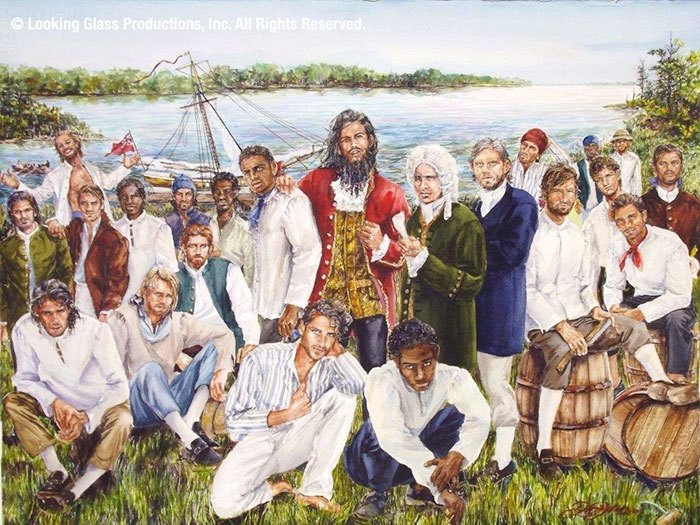 In spite of poor reputation, there is no record existing claiming that he killed people. Unfortunately, this has not stopped archaeologists and historians rumoring that he was a bloody killer. (6.1)

3. Captain Blackbeard Was Pirate only For 2 Years

You might have read a lot about Edward Teach, but do you know that he had one of the shortest careers. Under the guidance of Benjamin Hornigold, the captain Blackbeard was put in command of a ship owned by Hornigold and his members.

It was in 1716, both worked together and in 1717 hornigold retired from piracy. This left captain to become in charge of two crews. Thus, captain remains active from 1716-1718. The above lines proved that Captain Edward Teach never killed anyone. However, his reputation and power threaten the people. Knowing that people are scared of him, he uses his power to get anything from them.

5. Pirate Blackbeard Had Some Friends 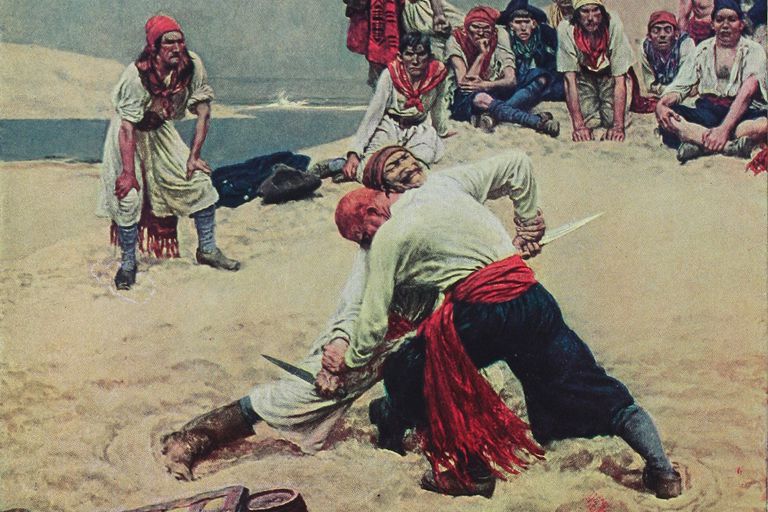 This is the most amazing fact about Captain Blackbeard. Along with Hornigold, captain sailed with some other famous pirates. He was a good friend of Stede Bonnet – the gentleman pirate from the Barbados, Charles Vane who came to meet him in North Carolina and helped him in establishing a pirate kingdom in the Caribbean. (6.2)

6. Captain Edward Teach - Pirate Blackbeard had the most Formidable Ship Ever 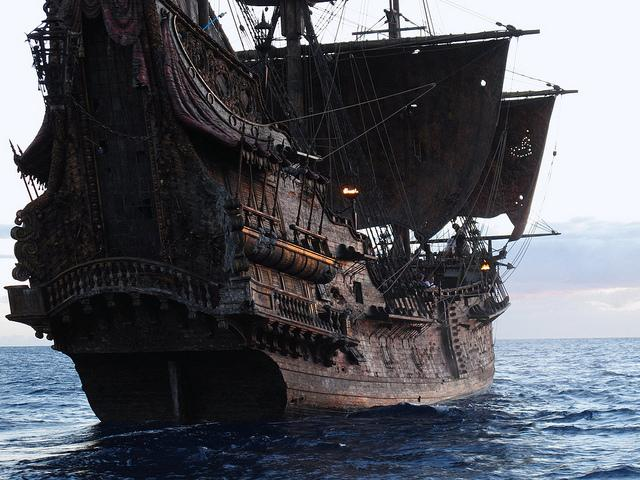 It was in November 1717 when Blackbeard seized La Concorde and renamed it as Queen Anne’s Revenge. He kept this Queen Anne Revenge and modified it for piracy. In addition, he put 40 cannons on it, with this he frightens the Caribbean and Atlantic for almost a year.

7. He Didn’t Leave Any Hidden Treasure 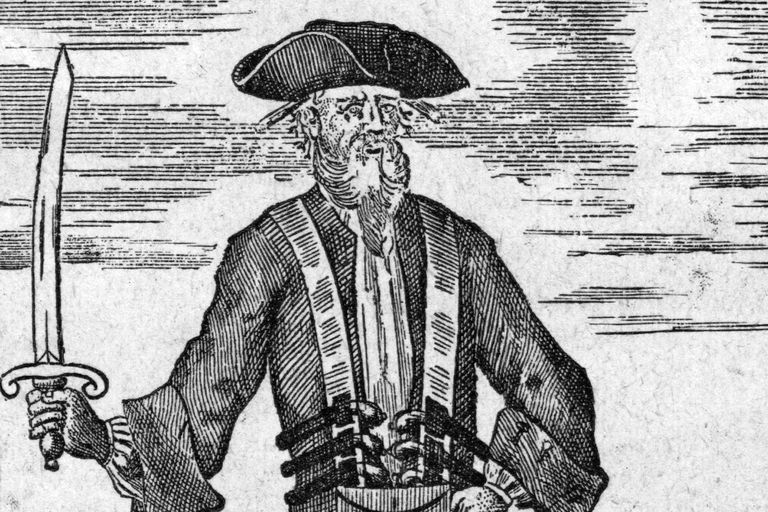 There are no accounts claimed that Captain Blackbeard ever bought treasure. Much of the loot he captured was unsafe to the fabrics or cocoa and burying these elements would have ruined it. You won’t believe but treasure hunters still look for something he had left behind.

8. Blackbeard Makeover As A Devil In Battle 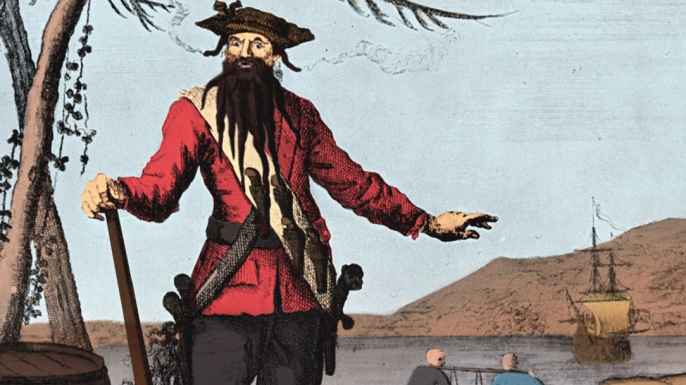 Ever pirate knew the importance of image in his job. Before battle pirate, Blackbeard would dress in black, put hat and strap pistols to his chest. Add burning fuss in his hair and beard. He makeover like a devil in battle and most of his victims just surrendered to him rather than fighting back.

9. Pirate Blackbeard Was Not The Most Successful One 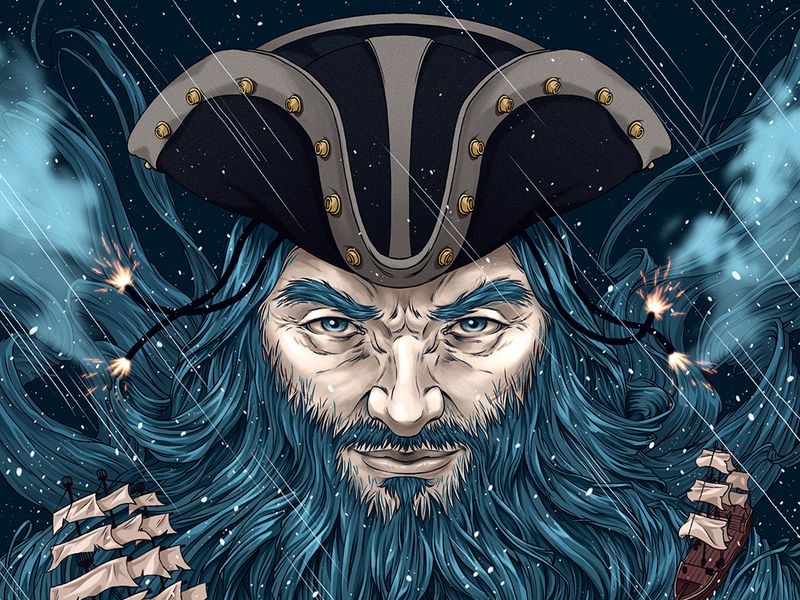 The history claims that many pirates had incredible wealth during raids, but Blackbeard defeats them in popularity. He never grabbed the wealth, gold but just spread the fear across the West Atlantic and Caribbean.

10. The Unfortunate Death of the Legend

Pirate Blackbeard’s life was filled with stealing and corruption. In an attempt to capture the ship of Captain Maynard, the battle was started. Blackbeard’s men entered the enemy’s ship. He looked like a devil in battle with the pistol in one hand and sword in other. Unfortunately, he came face to face with Maynard who also had the pistol, missing his target the captain fell. After a rigorous fight, his head was cut off and hanged to the front of the ship as a warning to other active pirates. (6.3)

10 Most Famous War Movies With an Epic Storyline