Who Played The Unmasked Darth Vader?

A theatre actor in his 2-minute on-screen portrayal of the unmasked Darth Vader is etched in people’s mind.

Sebastian Lewis Shaw was an English actor, director, novelist, Playwright and poet. During his 65-year career, he appeared in dozens of stage performances and more than 40 film and television productions.

In 1982, Shaw was chosen for the small but crucial role of unmasked and dying Anakin Skywalker in Return of the Jedi, the third and final film in the original Star Wars trilogy. Although David Prowse played the costumed scenes and James Earl Jones voiced Darth Vader, just as they had in the first two films, Shaw was cast in a single scene with Mark Hamill, during the moment aboard Death Star II when Luke Skywalker unmasks his dying father. Since the scene was unquestionably the emotional climax of the film, the casting crew sought an experienced actor for the role. 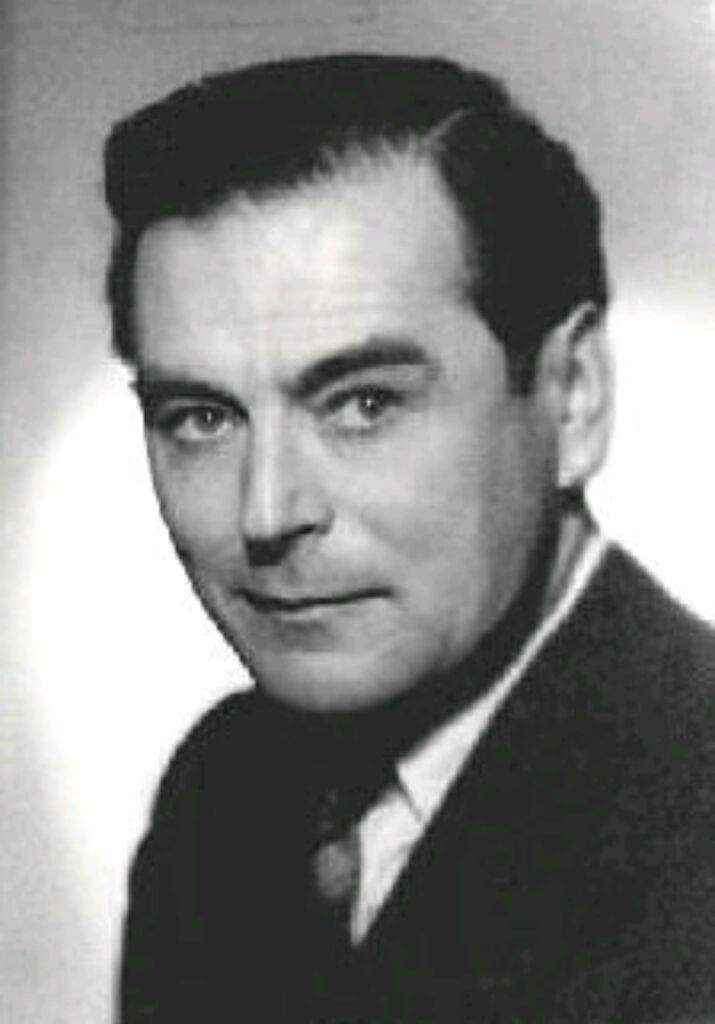 The original design of Darth Vader's costume did not originally include a helmet. The idea that Vader should wear a breathing apparatus was first proposed by concept artist Ralph McQuarrie during pre production discussions for Star Wars with George Lucas in 1975. In an interview with Star Wars Insider Magazine, McQuarrie stated that Lucas's artistic direction was to portray a malevolent figure in a cape with Samurai armor.

"For Darth Vader, George Lucas just said he would like to have a very tall, dark fluttering figure that had a spooky feeling like it came in on the wind."

The Very First Appearance Of The Fierce Darth Vader 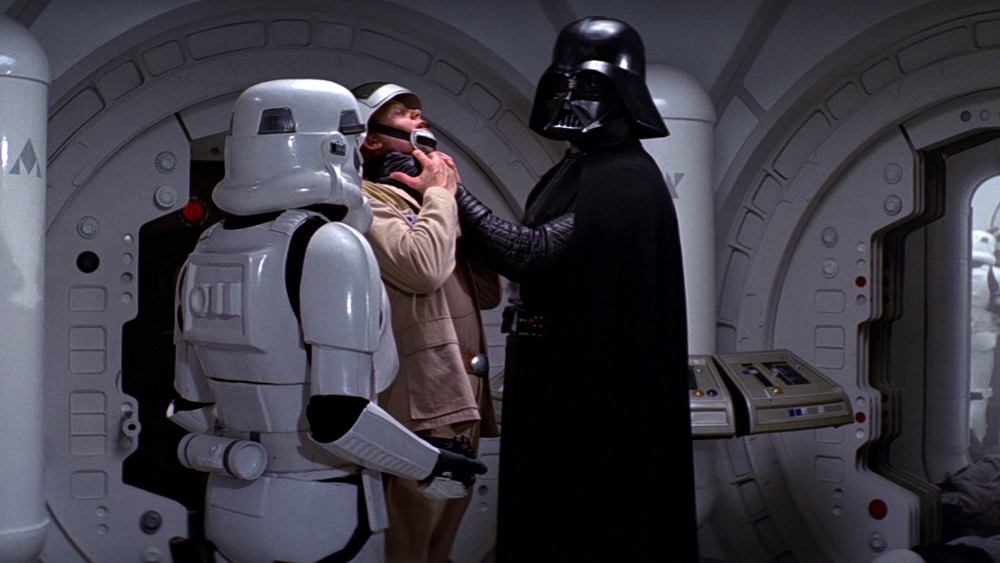 Darth Vader first appears in Star Wars as a ruthless cyborg serving the Galactic Empire. He is tasked, along with Imperial commander Grand Moff Tarkin, to recover the secret technical plans for the Death Star, which were stolen by the Rebel Alliance. Vader captures and tortures Princess Leia Organa, who has hidden the plans inside the droid R2-D2 and sent it to find Jedi Master Obi-Wan Kenobi on the planet Tatooine.

During Leia's rescue, Vader kills Obi-Wan in a lightsaber duel. Having placed a tracking device aboard the Millennium Falcon, Vader is able to track down the Rebels' base on the planet Yavin 4.During the Rebels' attack on the Death Star, Vader attempts to shoot down Luke's X-wing fighter, but Han Solo intervenes and sends Vader's ship spiraling off course, allowing Luke to destroy the Death Star. 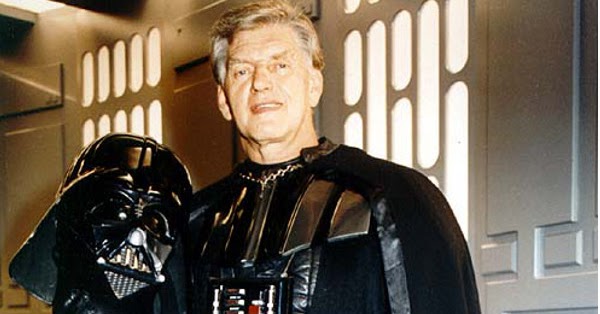 The Dreadful Darth Vader Persona Was Accomplished By Multiple Actors

Darth Vader was portrayed by bodybuilder David Prowse in the original film trilogy, and by stunt performer Bob Anderson during the character's intense lightsaber fight scenes. Lucas originally intended for Orson Welles to voice Vader (after dismissing using Prowse's own voice due to his English West Country accent, leading to the rest of the cast nicknaming him "Darth Farmer"). After deciding that Welles's voice would be too recognizable, he cast the lesser-known James Earl Jones instead.