Right from Mayim Bialik to Jodie Foster, these smartest celebrities are known for their high IQ. They own degrees from the best universities and are smarter than most of you. 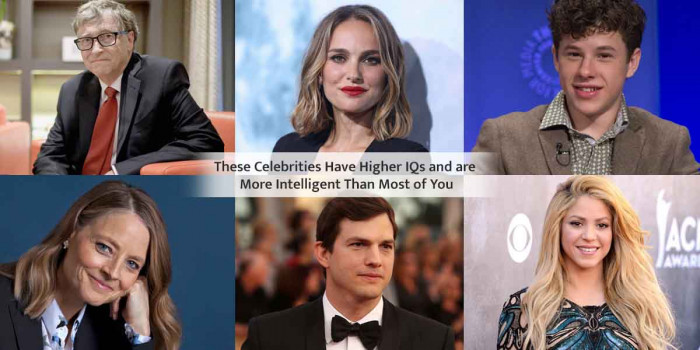 When it comes to celebs, people follow them for their unique lifestyle and to know about their personal life. But people forget that celebs are ordinary people and drink, sleep, and eat like them. The only difference is they look different on the TV screen. You won’t believe it, but they have the same thoughts and have desires like yours.

The media focuses on the dumbest things that celebs do, how they insult paparazzi & be rude to fans sometimes. It never describes their intelligence level. While you see your favorite celebrities playing different characters on screen, the little you know that they have IQs that can compete with genius minds out there. 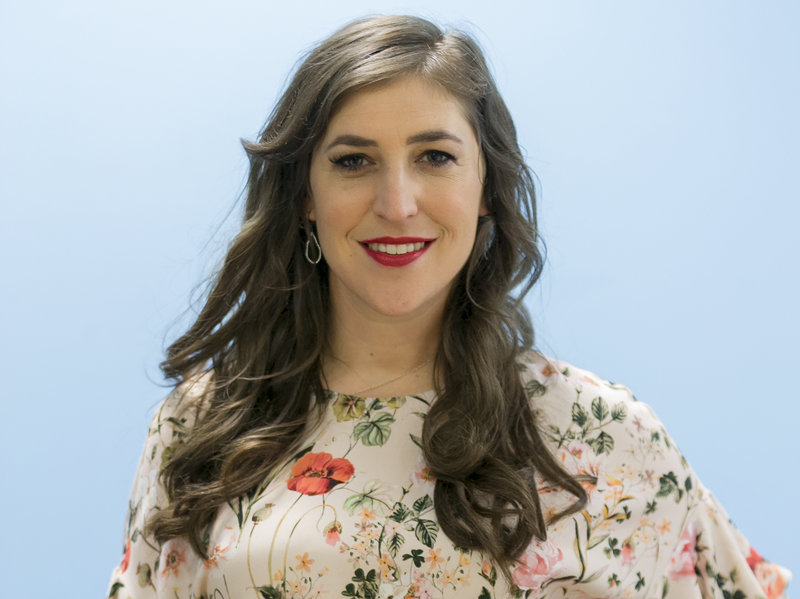 Born on 12 December 1975, Mayim Bialik is a popular American actress and author. She has not only portrayed the character of a scientist on television, but she is in real life too. The lead in NBC’s Blossom owns a bachelor’s degree in neuroscience.

Before making a debut on the show, she finished her studies and did a specialization in OCD in adolescents. In 2005, she took a break from studies and returned to acting. It is reported that her IQ is between 130-163. 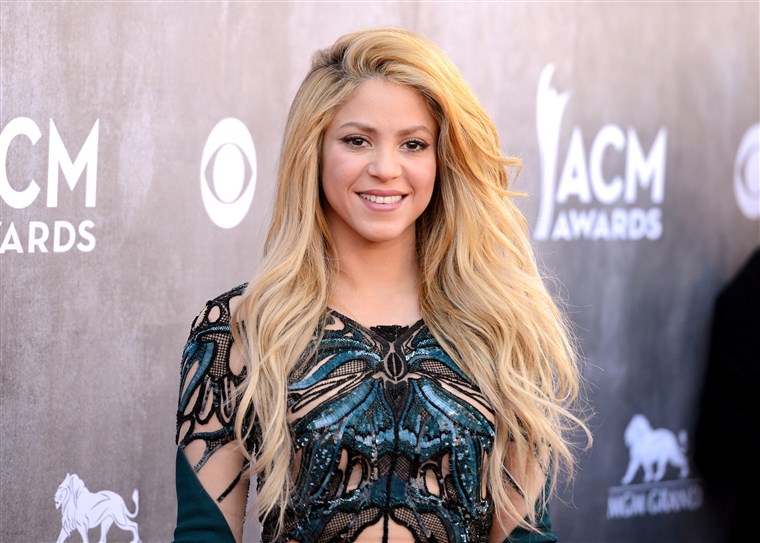 She is one of the most inspirational women in the industry. Shakira is well-known for her belly moves and singing skills. But do you know she knows over five languages? She can speak English, Portuguese, Spanish, Arabic, Catalan, French, and Italian.

In 2007, she did a course in History of Western Civilization at UCLA Extensions. She was born and raised in Barranquilla and released studio albums Magia and Peligro in 1990 when she was 13 years old. 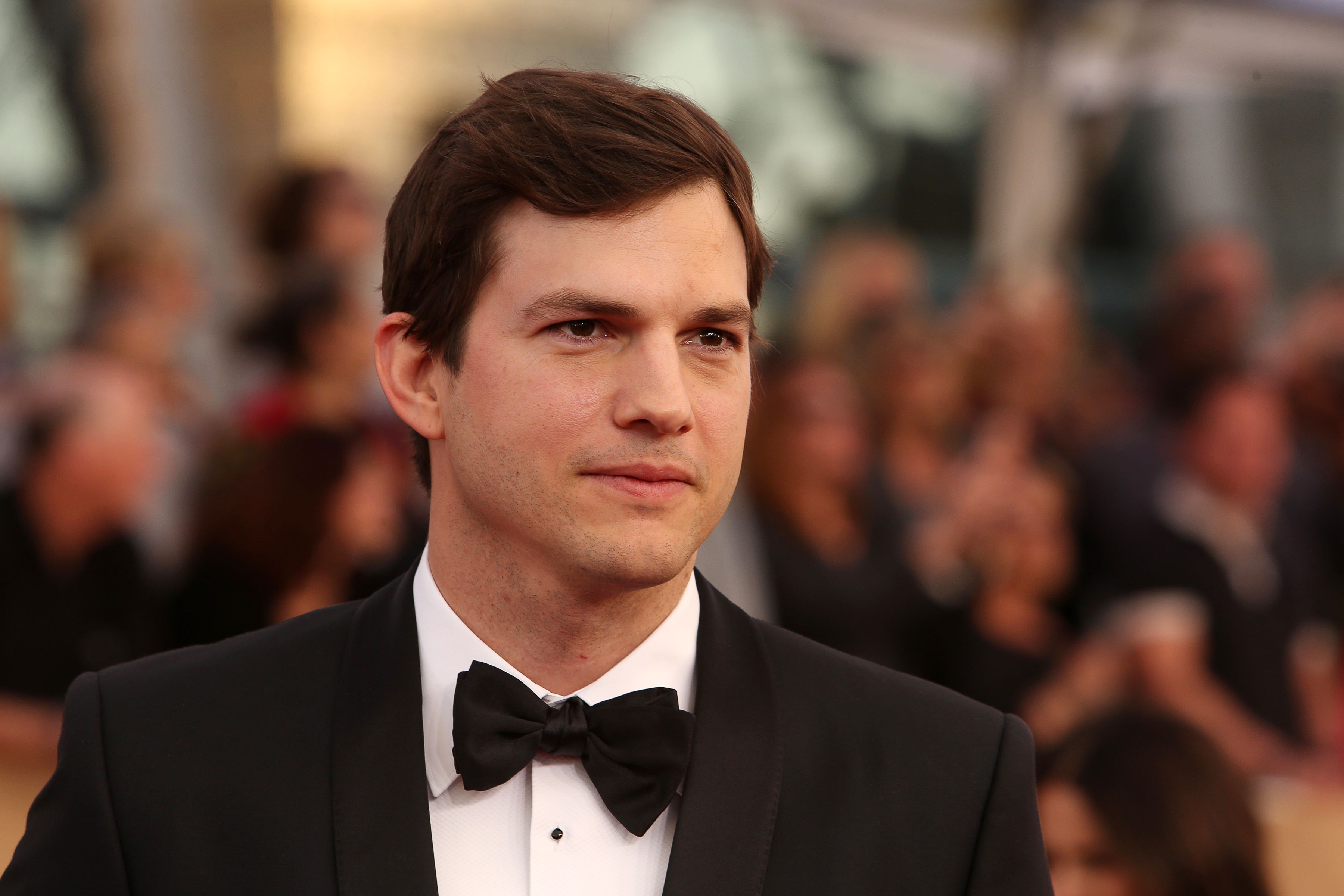 Ashton Kutcher is one of the smartest celebrities with an IQ of 160, which is the same as Stephen Hawking. Christopher Ashton Kutcher is a producer, actor, and entrepreneur. He majorly appeared in romantic comedies, including A Lot Like Love, No Strings Attached, and more. While you know about his achievements, his early life is hidden from his fans.

Do you know he lost his scholarships and was kicked out of the National Honors Society? He attended the University of Iowa to pursue biochemical engineering but dropped out to become a model. In 1998, he participated in the IMTA competition and then signed with a modeling agency in New York and appeared in several commercials for Paris and Calvin Klein. 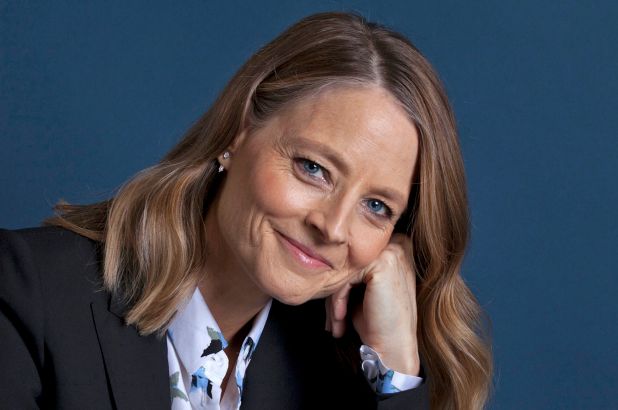 Jodie was awarded an honorary Doctor of Fine Arts Degree in 1997. She began her professional career as a model when she was three years old. In the early 1970s, she worked in television series and made her film debut with Disney’s Napoleon and Samantha. 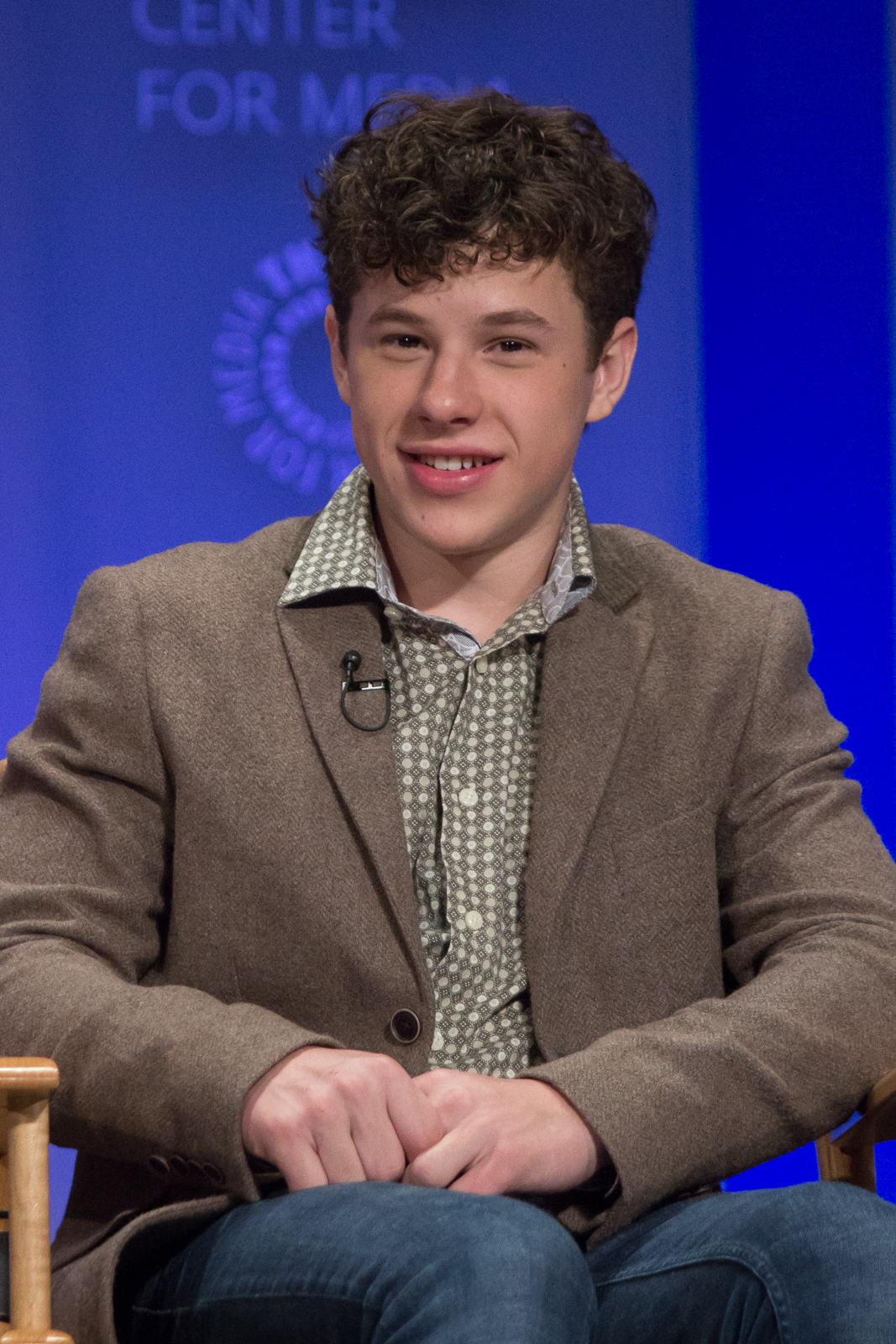 Nolan Gould was born in New York City and the son of Edwin and Angela Gould. He began his career when he was three years old. As of the 2015 TV season, he made over US$70,000 per episode and for his character in Modern Family.

In real life, Nolan Gould is extremely brilliant. He is a member of Mensa, and as of 2012, accelerated ten grades in the school. Once he said on The Ellen Degeneres Show that he has an IQ of 150.

Born on 9 June 1981, Natalie Portman is a filmmaker and has starred in several blockbusters films. She has received Academy Awards and two Golden Globe Awards.

She became a vegan and was recognized for her work by Environmental Media Association Awards. She doesn't even wear animal products like fur and leather products. She is a genius with an IQ of 140.

Do you know she co-authored two research papers that were published in scientific journals? She can speak German, Spanish, French, and Japanese fluently. 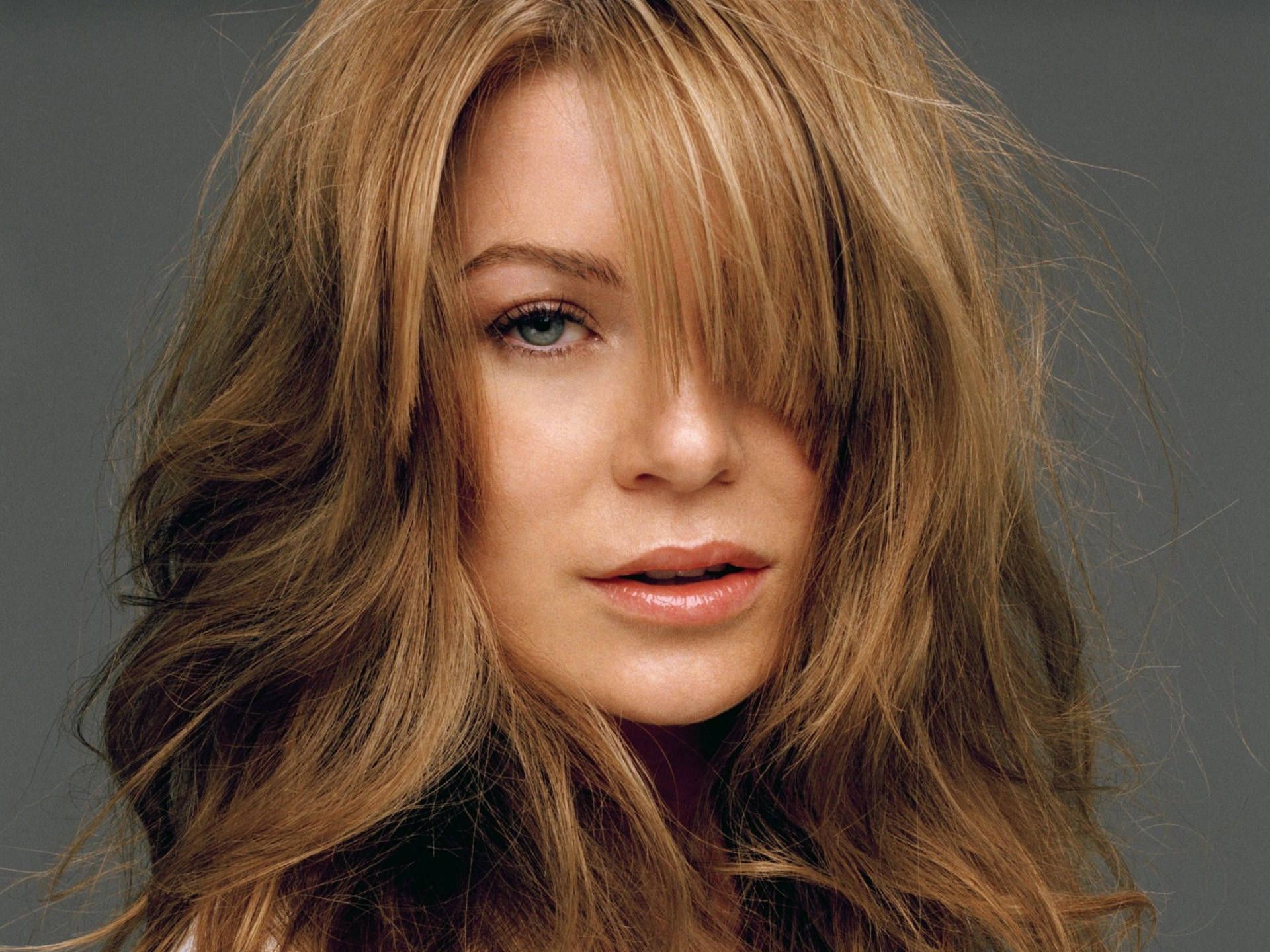 Ellen Muth is a popular American actress and is well-known for her character as Georgia in showtime’s series Dead Like Me. She is one of the two actresses who shared a best-supporting actress award at the Tokyo International Film Festival.

In 1999, Ellen Muth won the American Film Institute Best Actress Award for the Young Girl and the Monsoon. It is reported that Ellen has an IQ of 156. 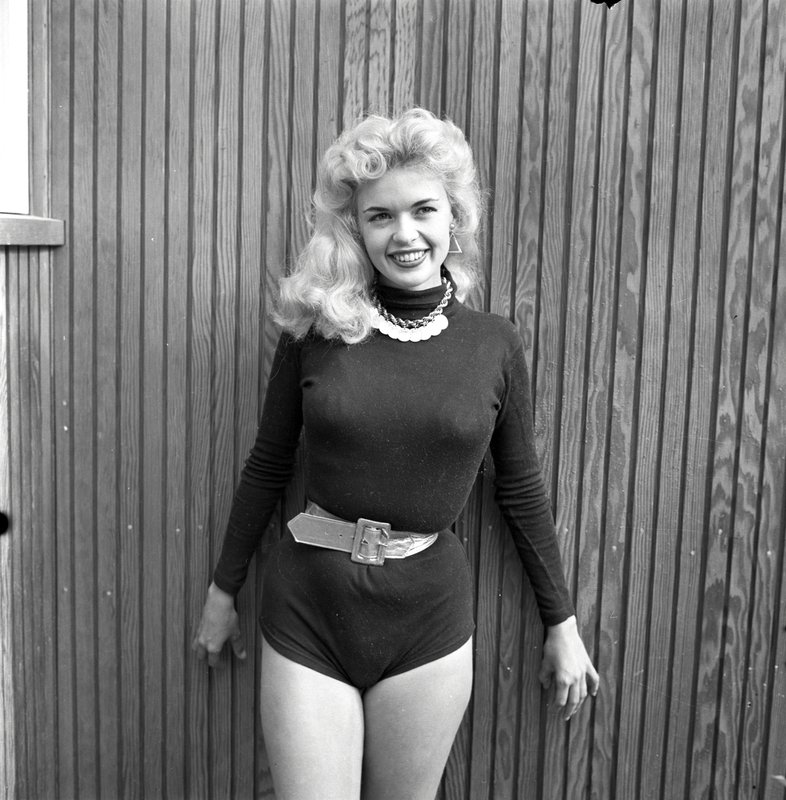 Jayne Mansfield was a television actress, singer, a nightclub entertainer, and early Playboy Playmates. She was born multi-talented and contributed a lot to the film industry. Jayne took violin, piano, dance lessons, and received one of her big breaks on the Broadway stage from 1955 to 1956.

She was also the Hollywood sex symbol of during the 1960s while under contract at 20th century Fox. She loved her diamonds. Her husband (Mickey Hargitay) proposed her with a $5000 10-carat diamond ring, which was worth $223,000. According to reports, she has an IQ of 163. 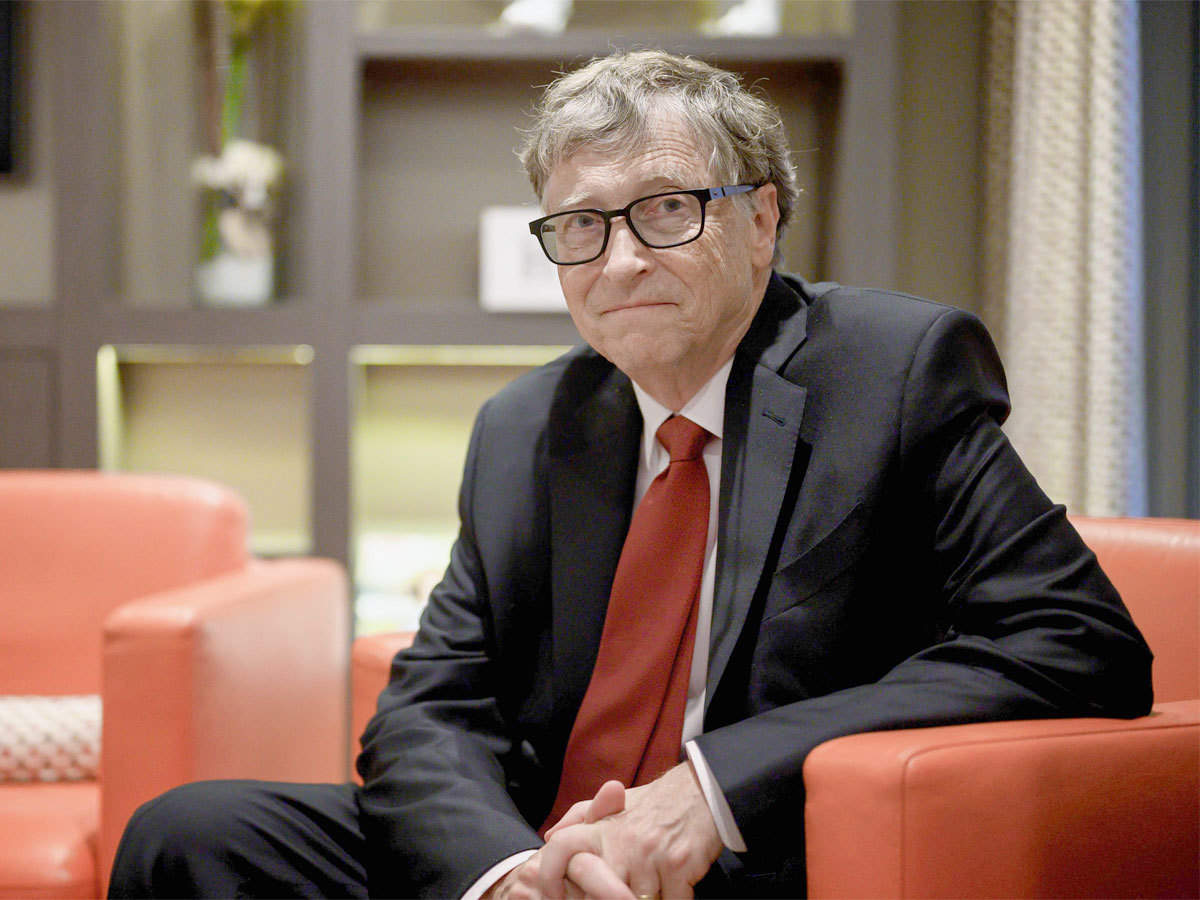 He is one of the wealthiest persons in the world. Bill Gates wrote his first computer program as a teenager at Lakeside school. He reads 50 books every year and has written two books. It is speculated that Bill Gates has an IQ of 163 and has a unique signature style.

He dropped out of Harvard college after two years. He has mastered several programming languages but knows only one human language, i.e., English. SAT is a standard exam to get enrolled in the US. He got 1590/1600 marks.

Bill Gates became a billionaire when he turned 31. While you might think that he is a billionaire, he would look green. But in reality, he is color blind. Once, he revealed in an interview that he couldn’t differentiate colors. 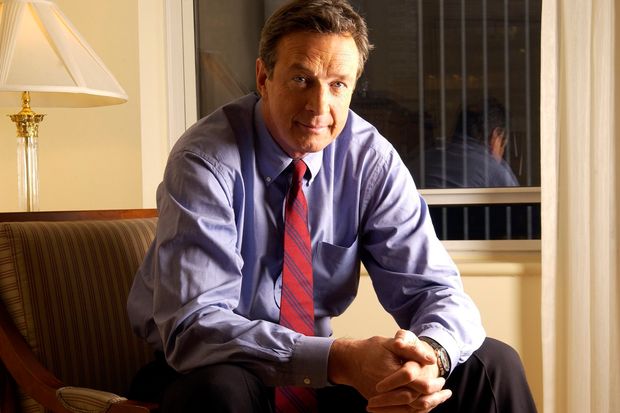 Michael Crichton was one of the smartest celebrities with an IQ of 161. He was a screenwriter, film producer, and an American author. He was well known for his work in the medical fiction genres and thriller.

His books have sold over 200 million copies, and more than a dozen of his books are adapted into films. Some of his popular works include Rising Sun, TImeline, Next, State of Fear, and more. 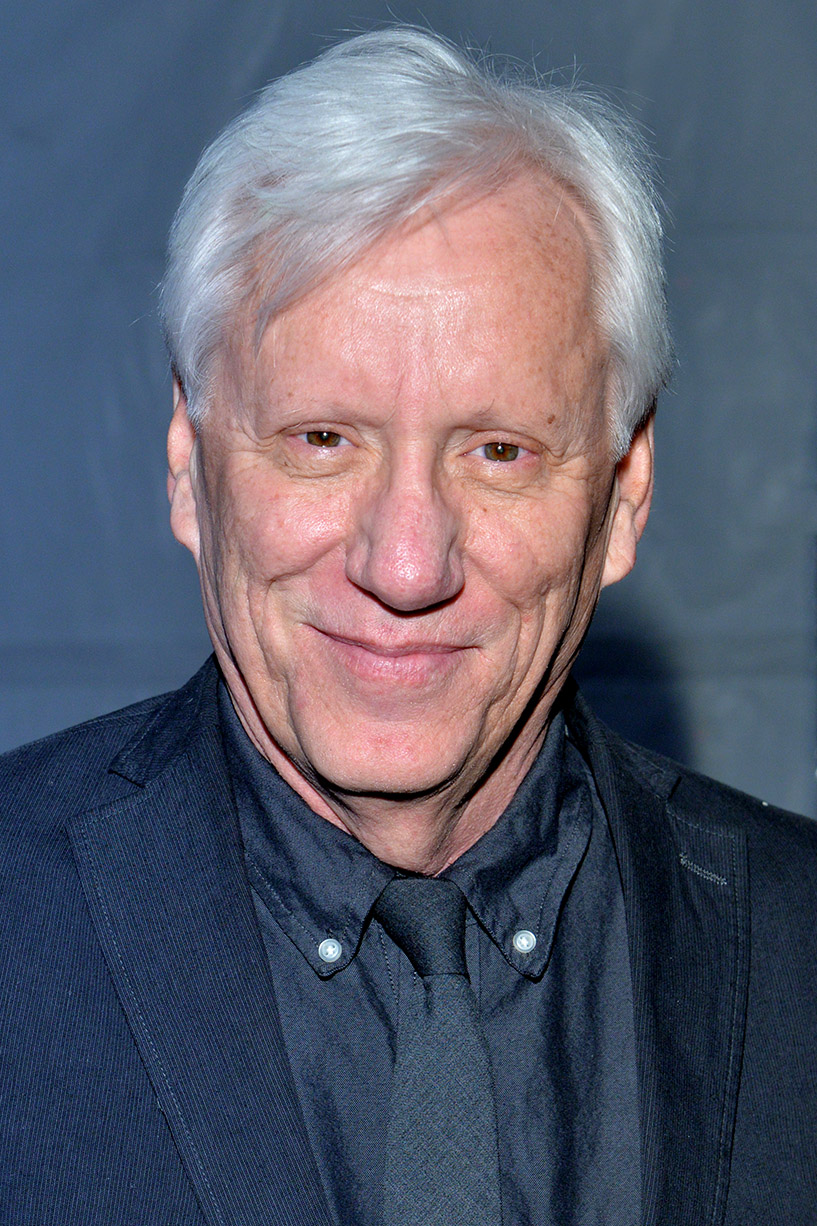 James Woods is a popular American producer and actor. He is well known for his characters in Casino, Contact, One Upon a Time in America, and more. He aced his SATs and enrolled in MIT. Unfortunately, he dropped MIT to pursue a career in acting.

He has a great career in producing and voice work. However, the thing that attracts most of his fans is his IQ. It is reported that he has an IQ of 180, which is rare. While he was in high school, he used to take linear algebra classes at UCLA. 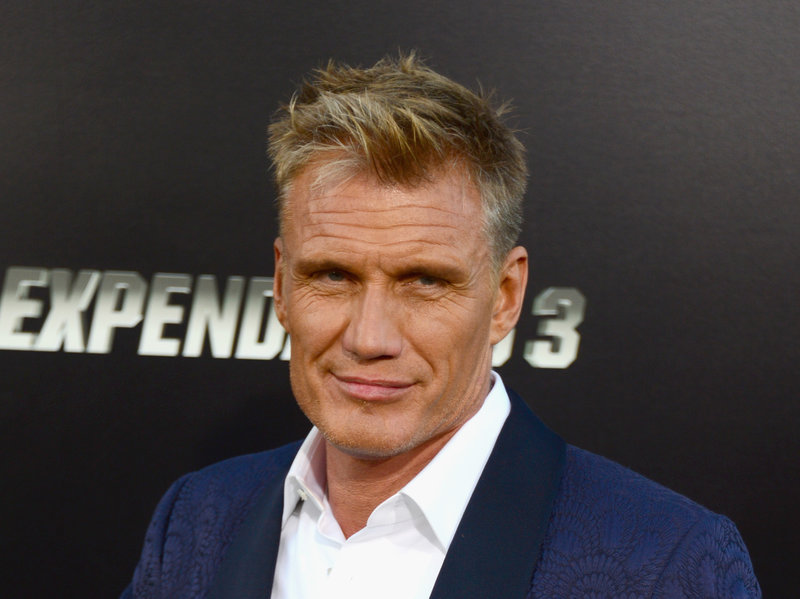 Dolph Lundgren is one of the smartest celebrities who is an expert martial artist and a successful action movie star. Not many of his fans know that Dolph owns a degree in chemical engineering from the Royal Institute of Technology and did Masters in the same field from the University of Sydney. He is an educated celebrity on the list with an IQ of 160. 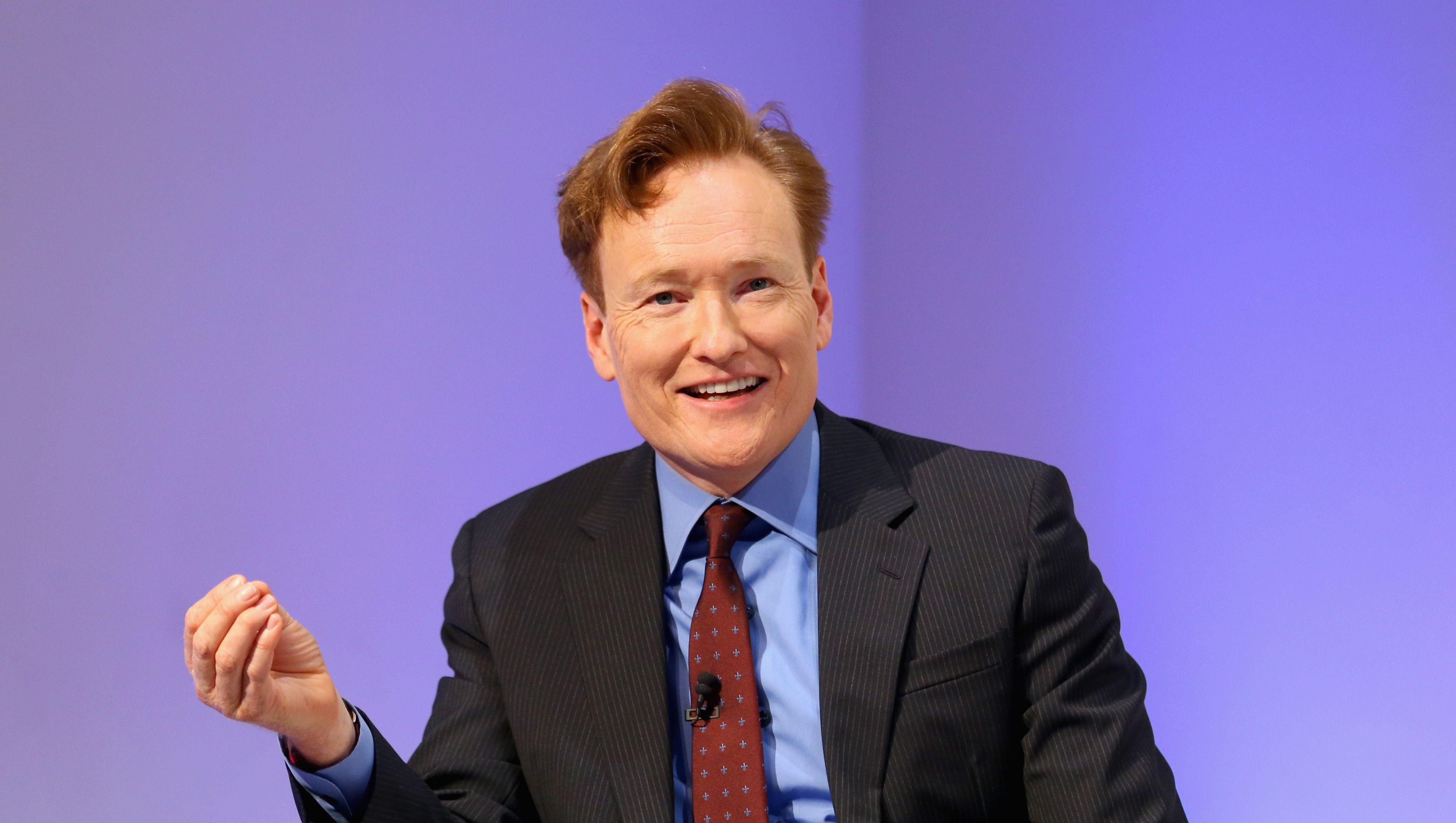 Conan is one of the popular television hosts. While he was in school, he interned for Congressman Robert Drinan and even won the National Council of Teachers of Writing for a short story in a senior year. After that, he graduated from Harvard University.

With the retirement of David Letterman in 2015, he became the longest-working of all late-night shows in the US. Do you know he was also named as one of Time’s 100 Most Influential People in 2010? 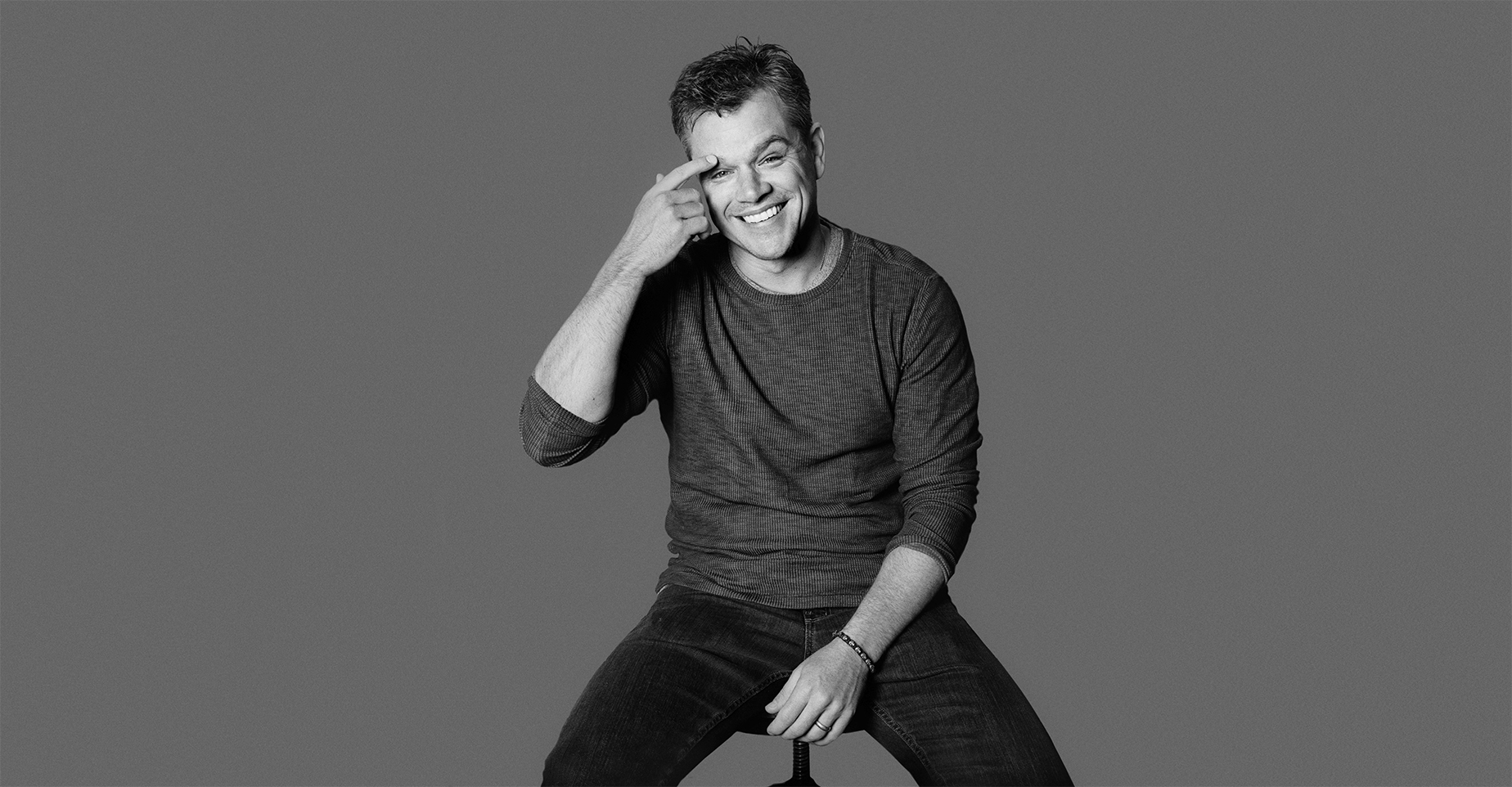 Matt Damon dropped out of Harvard and then wrote the initial script for Good Will Hunting in a class for an assignment. He is a film producer, actor, and screenwriter. He has received several awards including, two Golden Globe Awards, Emmy Awards, Academy Award, and more. His IQ score is 160. 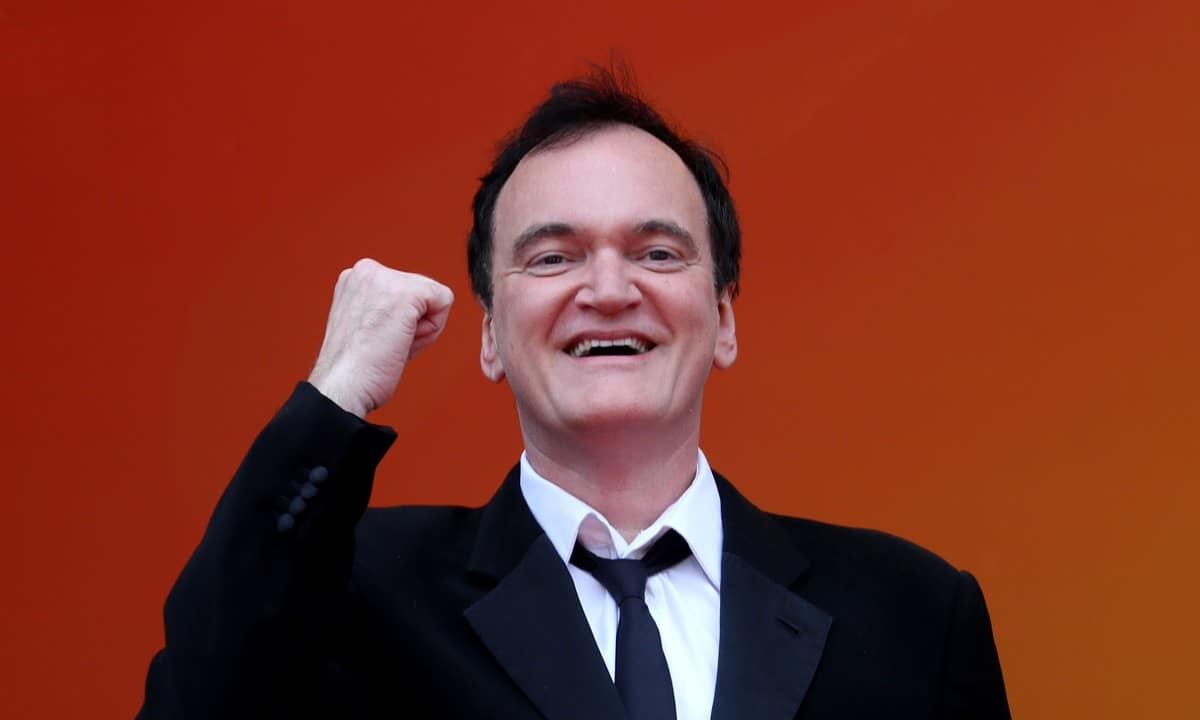 You would be surprised to know that despite not attending college and high school, Quentin Tarantino has a high IQ of 160 (same as Albert Einstein). Without having a formal education, he created masterpieces like Reservoir Dogs and Pulp Fiction. He has received several awards, including BAFTA Award, Golden Globe, and Academy Award.

Behind the curtains, these celebs are also human and hide their weird habits from the world. While some are intelligent, others have a great sense of humor.

Do you know other smartest celebs with higher IQ? If so, then don’t forget to share their achievements and degrees.