History Of Yonaguni Monument The Yonaguni monument or the Yonaguni Island is a...

The Yonaguni monument or the Yonaguni Island is an underwater mystery off the coast of the Ryukyu Island in Japan. The huge underwater formation of the rock is supposed to have been existed for more than 10,000 years but this entirely natural or manmade project is still up in debate.

The place was discovered when the scuba diver plunged into the water off the coast to observe shark. he found an incredible sight. 6metrs deep down the series of monoliths, he observed the huge rectangular formulations, straight walls, steps and columns.

Over the years, the experts researched whether the structure was man-made or natural, yet today also it remains a great mystery. Initially, it was reported that the Yonaguni Monument was built when this defined area was above sea level some thousands of years ago. Or it could be the result of an earthquake. But experts disagree!!

The structure was mapped out with more details. Scuba divers found what appeared to be huge, carvings, paved streets and a massive pyramid-like structure measuring 75 metres long at its base. (1.1) 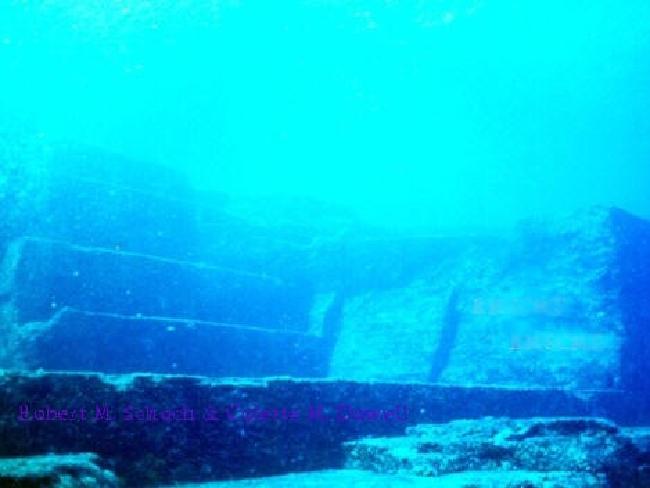 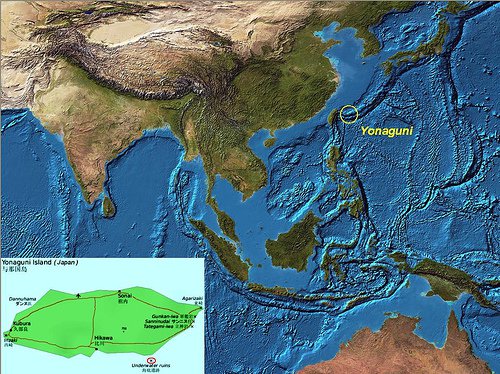 After the scuba diver discovery, a famous marine geologist Masaaki Kimura explored the monument for nearly two decades. The geologist remains convinced that the place was carved 1000’s of years ago when it was above the sea level and the placed holes and aesthetic triangles are the signs of human alteration.

He also claims that the carvings on the monuments resemble that off Kaida script. He has identified 10 sculptures of Yonaguni and more 5 related structures off the main island of Okinawa.

According to him the structure resembles with ziggurat, a type of structure that is found in Latin American pyramids and Middle Eastern cities such as Ur. And what’s most interesting is that all these sculptures are interlinked by water lines and road.

I think it’s very difficult to explain away their origin as being purely natural, because of the vast amount of evidence of man’s influence on the structures,”

The old Yonaguni monument consists of medium to very fine mudstones of the Lower Miocene Yaeyama Group assumed to have been deposited about more than 20 million years ago. The main feature of the monument is the rectangular formation which has measurement of 150 by 40m and 27m tall, the top is about 5m below the sea level.

More details that are said to be:

The Yonaguni monument history and the truth are not certain. It has been wrapped under the curtains of mainstream human history and Asia’s ancient history. Geologist like Masaaki Kimura continued to show the world of unsolved mysteries that still make us believe in the charge in rewriting our history on Earth. (1.2)

Will we ever know the actual truth behind the Yonaguni Monument???