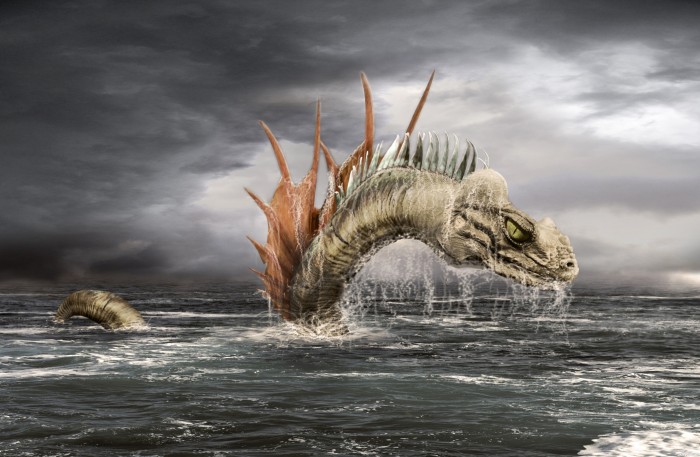 The present-day ocean is certainly a scary place where giant sharks, whales, squids, barracuda, and numerous other marine creatures dwell and prowl. Regardless of what we discover in the dark deep sea in this period, none of them are as dreadfully dangerous as those colossal aquatic monsters seen in its past. Monstrous sharks, hyper carnivorous whales, sea lizards, crocodiles, and several others roamed the seas.

Let’s take a look at the 10 fearsomely biggest water dinosaurs and sea monsters ever discovered in human history and prehistory. 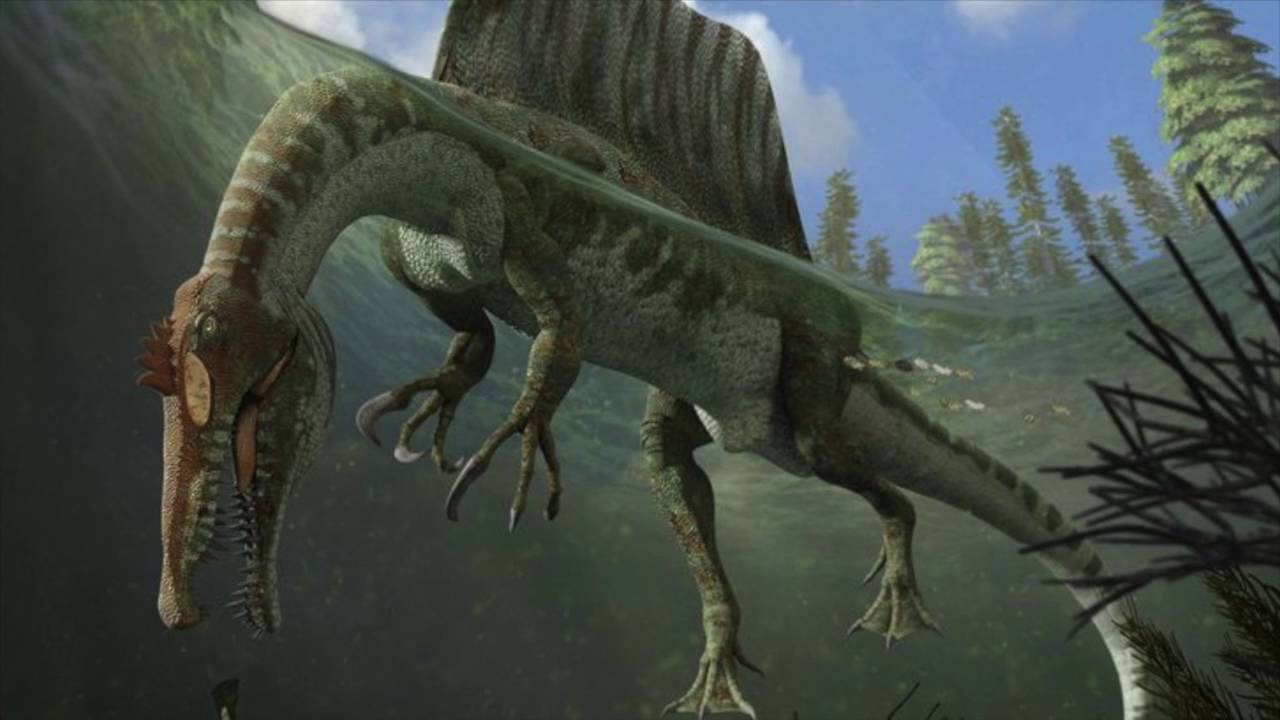 Spinosaurus is the only water dinosaur to have ever existed. It was discovered only a few years after the Tyrannosaurus. Its fossils had been destroyed during World War II when an Allied bombing raid took occurred in Munich. Most paleontologists believe that it used its long jaws for hunting its prey.

Spinosaurus was almost forgotten until Jurassic Park III and Jurassic World revived it to fame. A showdown in the movie saw Spinosaurus killing a Tyrannosaurus. However, it wasn’t much powerful in real despite having bigger jaws, 20-foot longer, and 3 times heavier in size. (1.1) 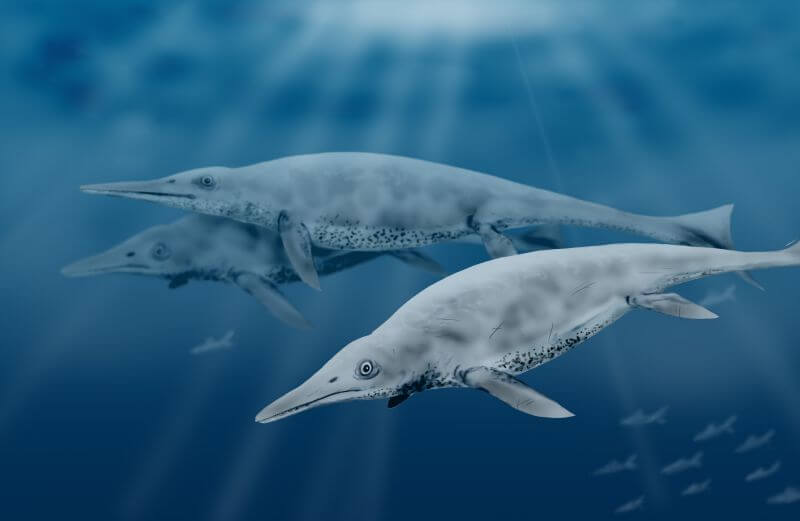 Shastasaurus is the largest marine creature ever discovered in archaeology. A variety of ichthyosaur, Shastasaurus reached up to 65 feet that are way longer than most of the other predators. Dating back to the mid and late Triassic period, this largest sea creature wasn’t a terrifying predator and mainly consumed fish being an adept suction feeder. 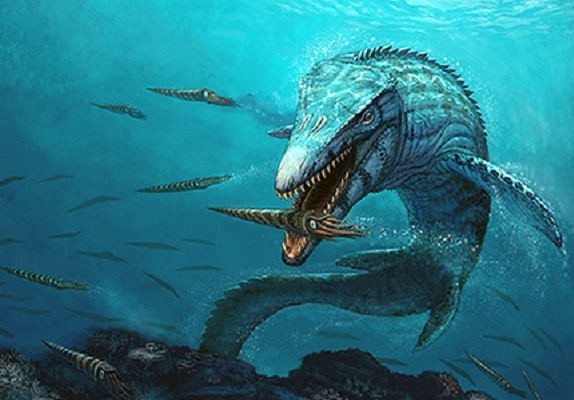 One of the largest sea predators to have ever lived, Mosasaurus reached 50 feet in length. It was literally a colossal aquatic lizard that somewhat had a resemblance to flippered crocs. This carnivorous sea mammoth existed during the late Cretaceous period that is about 70-66 million years ago. Featured in Jurassic World, Mosasaurus used its hundreds of razor-sharp teeth for killing its prey. 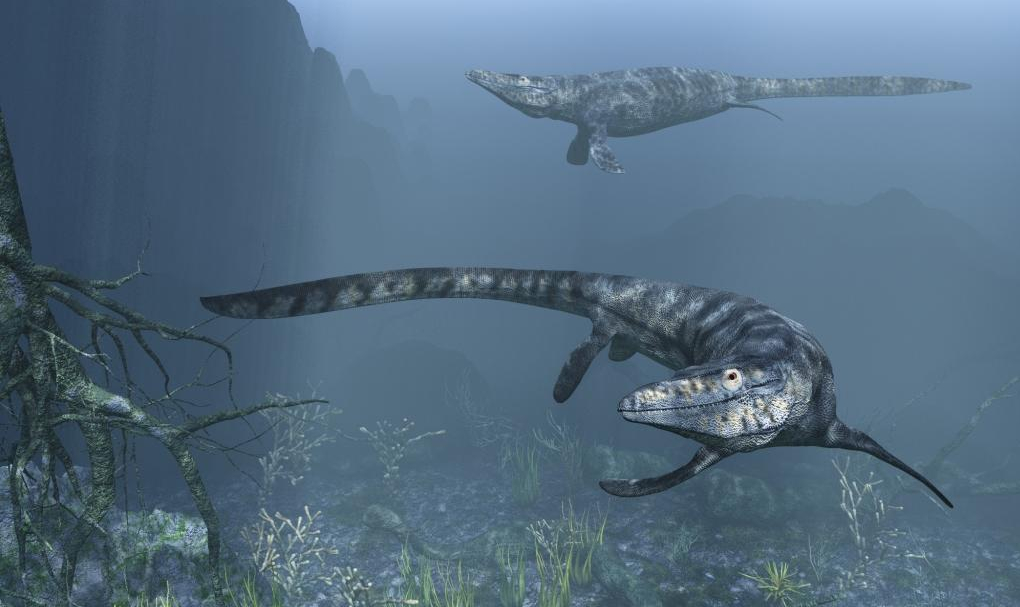 Tylosaurus was a Mosasaur species with a massive size of about 50 feet in length. A large carnivorous predatory sea lizard, Tylosaurus was closely related to modern monitor lizards and to snakes.

The fossil remains of its stomach show signs of fish, sharks, smaller mosasaurs, plesiosaurs, and even some flightless birds. They are known to have existed during the Late Cretaceous in the seas of North America. 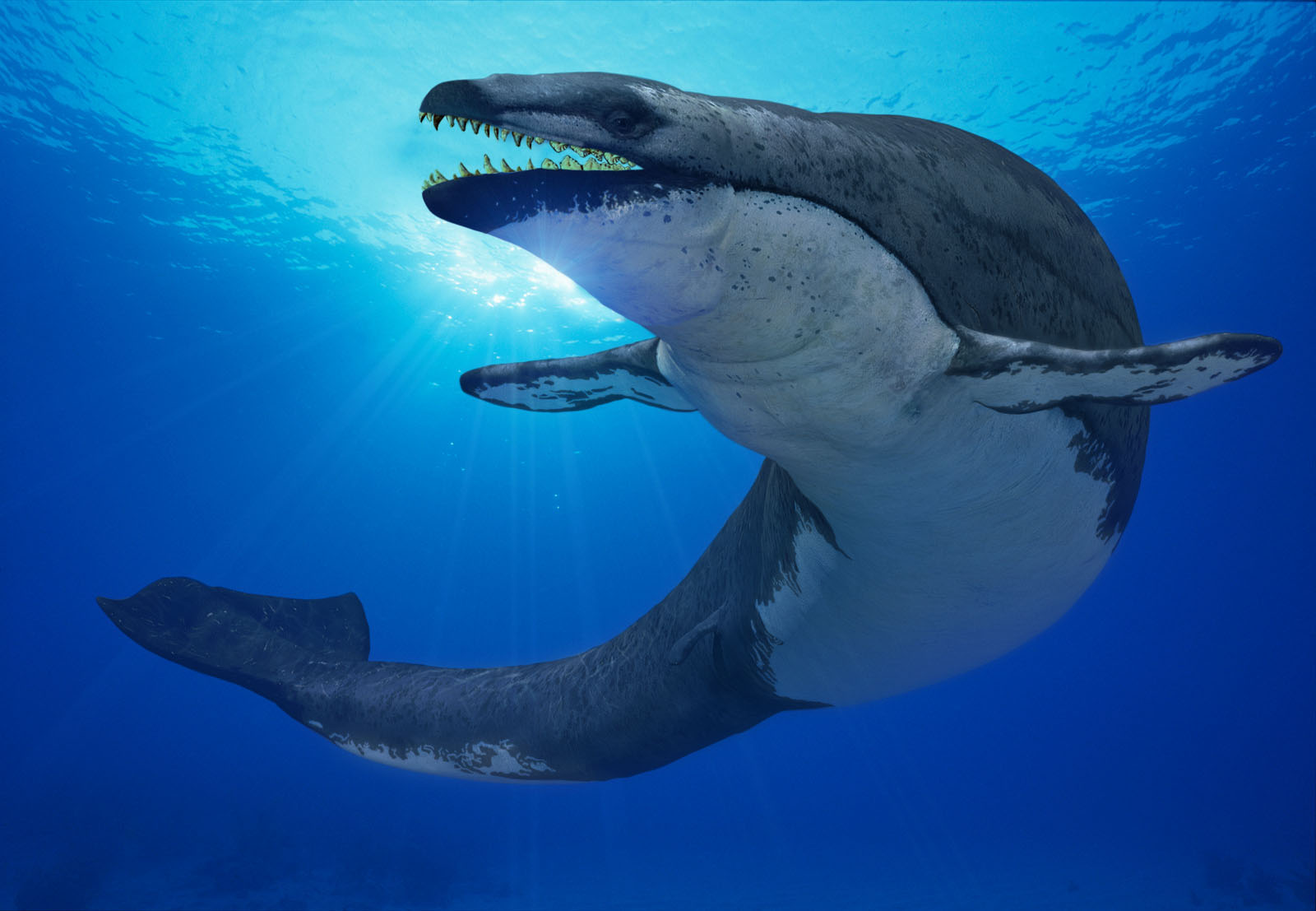 Basilosaurus was a huge cetacean that lived 34-40 million years ago during the Late Eocene era. A genus of early whales, it had a long, slender, and sinuous body with vestigial limbs. Its first fossil was found in the United States in the early 1990s. They were around 50- to 85-foot-long. 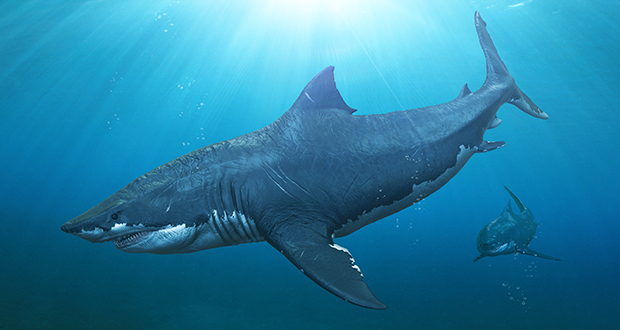 Megalodons were mighty shark species that lived around 2.6-23 million years back during the Cenozoic Era. It is deemed as one of the largest and most formidable predators in the history of vertebrates.

According to scientists, Megalodon was the brawny version of the great white shark. Its fossil remains suggest that it was nearly 59-foot-long and that it had a worldwide distribution. Even though extinct, many Megalodon sightings have been reported for a long time. 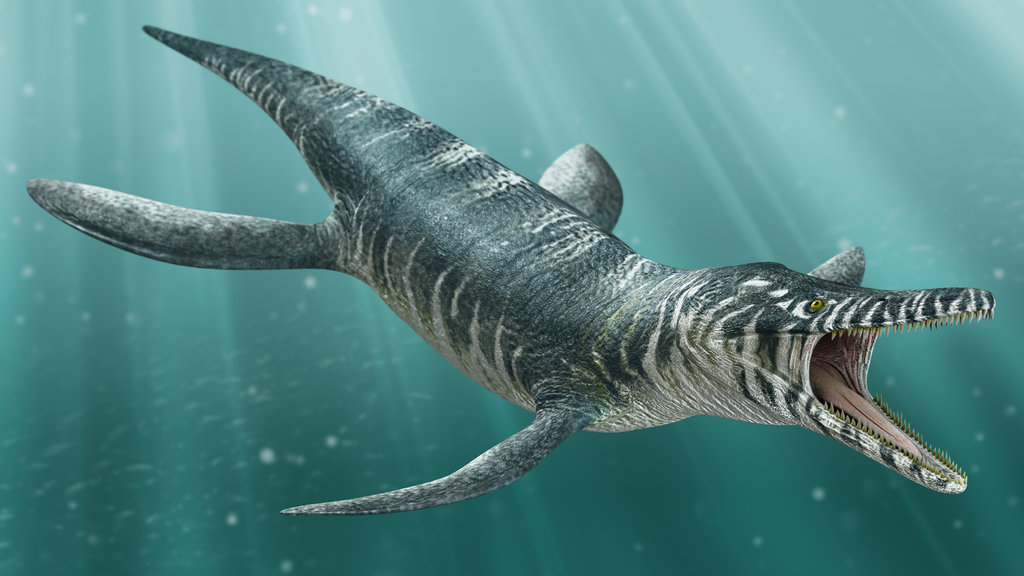 The 30-34 foot-long Kronosaurus was a short-necked pliosaur that lived in the Early Cretaceous epoch. It had a 9-foot-long head and the longest tooth in its large mouth was 11-inch-long. It was named after the supreme god and leader of Greek Titans Cronus. Its fossil remains were obtained from Queensland in Australia and from the Paja Formation in Boyacá, Colombia. 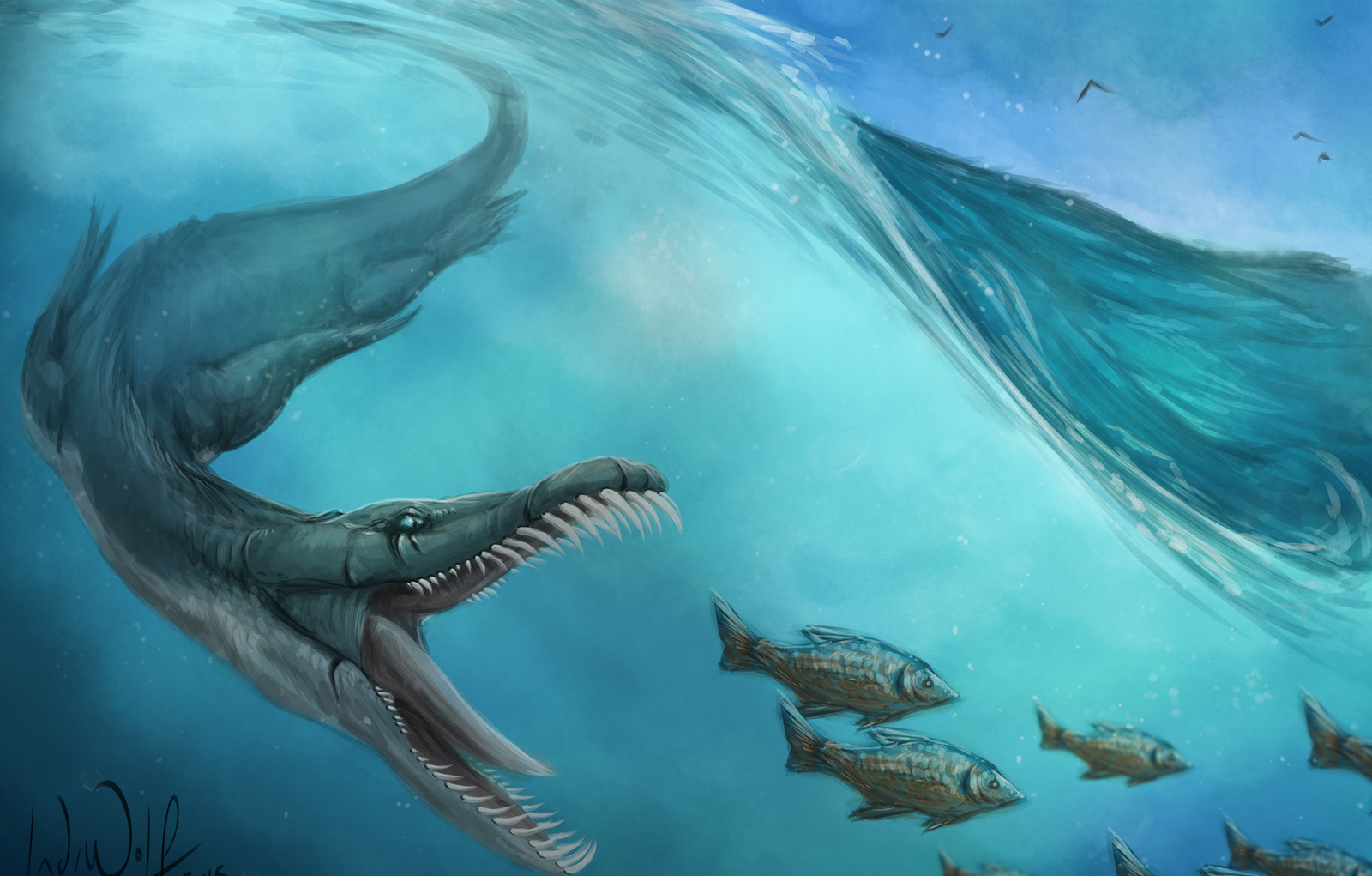 Nothosaurus was a nearly 13-foot-long sauropterygian reptile dating back to the Triassic period that was about 240-210 million years ago. Its fossils are widely distributed from North Africa to Europe to China.

The massive mouth with sharp, outward-pointing teeth suggests that it preyed mostly on squid and fish. Being an ambush predator, it sneakily attacked the prey with its sleek reptilian stature. 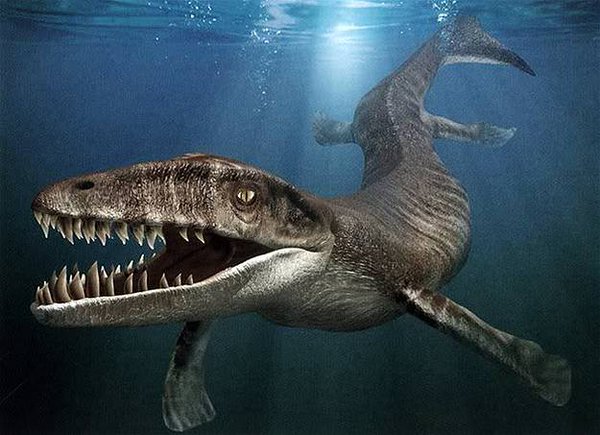 Dakosaurus was one of the giant marine predators during the Jurassic period that was found in Germany for the first time. Having an unusual reptilian-cum-fishy body, the scientists regard it as an apex predator because of its extraordinary jagged teeth. Commonly pitted against modern crocs and gators, Dakosaurus was nearly 16 feet long. 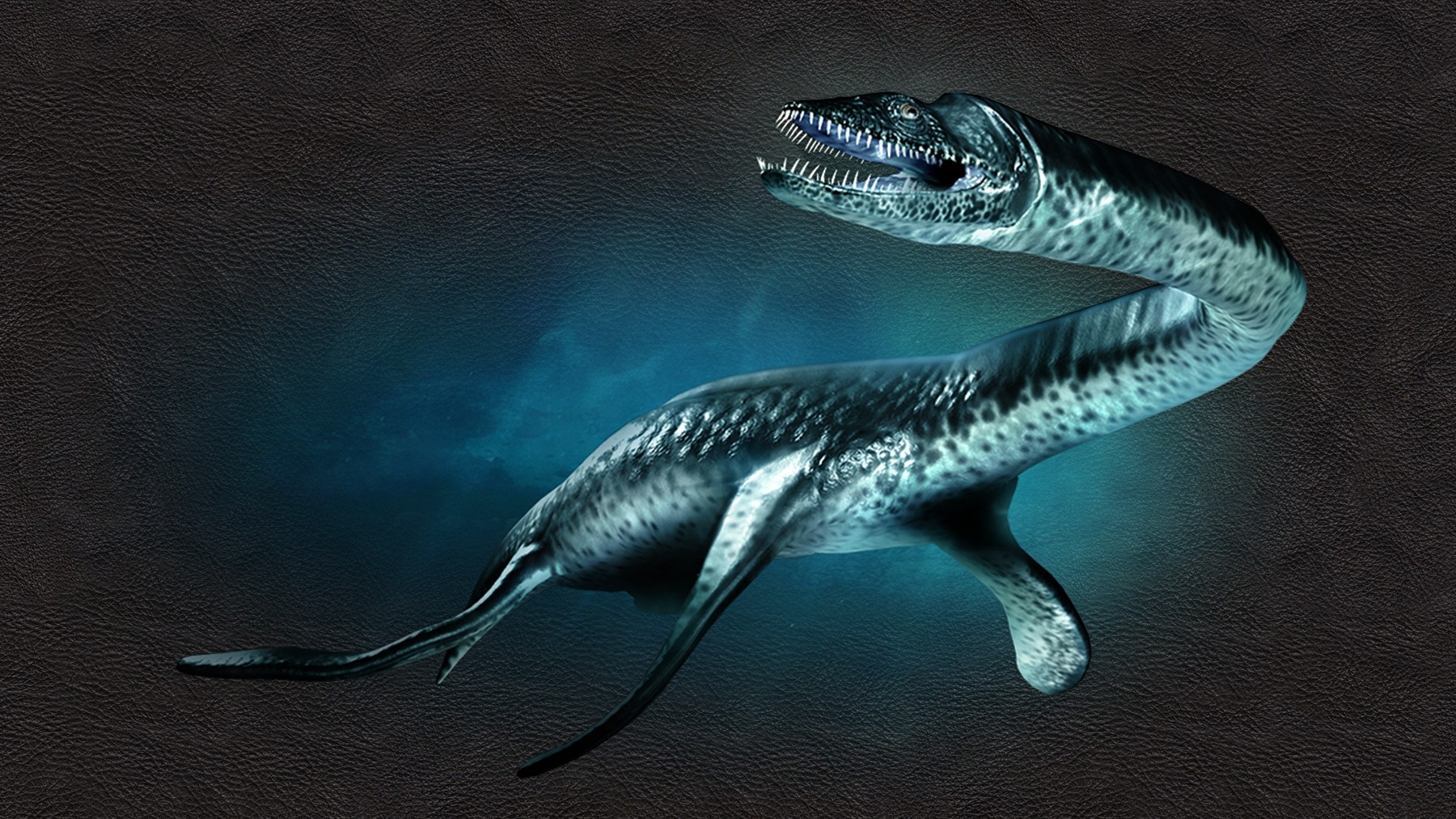 Resembling the Loch Ness Monster, Plesiosaurus was an 11-foot-long sauropterygian reptile that is known to have existed during the early Jurassic Period. It has a small head, long lean neck, broad turtle-like body, a short tail, and four elongated paddles.

Its almost complete skeletons were discovered from the Lias of England. Even though these creatures are known to be extinct now, several sightings are reported every year.