10 Sea Creatures That are Incredibly Unusual and Look Terrifying 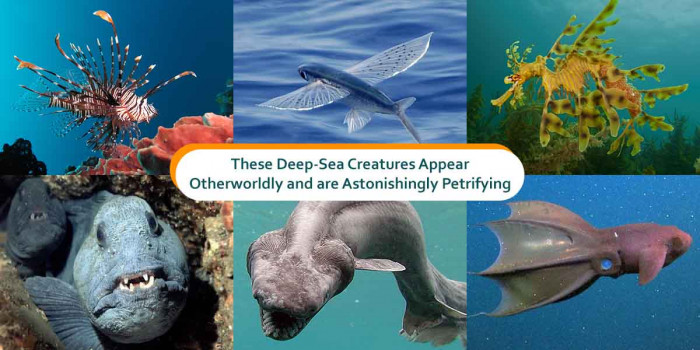 Scientists discovered that nearly 5% of species in our planet’s oceans are known to us, which means millions of species are yet to be discovered. Most people recognize only a few animals, which they see in real life or on television shows, and hardly know about the deep-sea animals.

Most of the people are aware of deep-sea vegetation, fishes, and animals, but some amazing creatures are also present in the oceans. The deep part of the ocean looks truly fascinating because sunlight does not reach there, and the bottom of the sea has lots of unique and unusual creatures. Also, these strangest things have been discovered in the deep sea.

Here are some of the strangely beautiful sea creatures that seem to be from another planet. 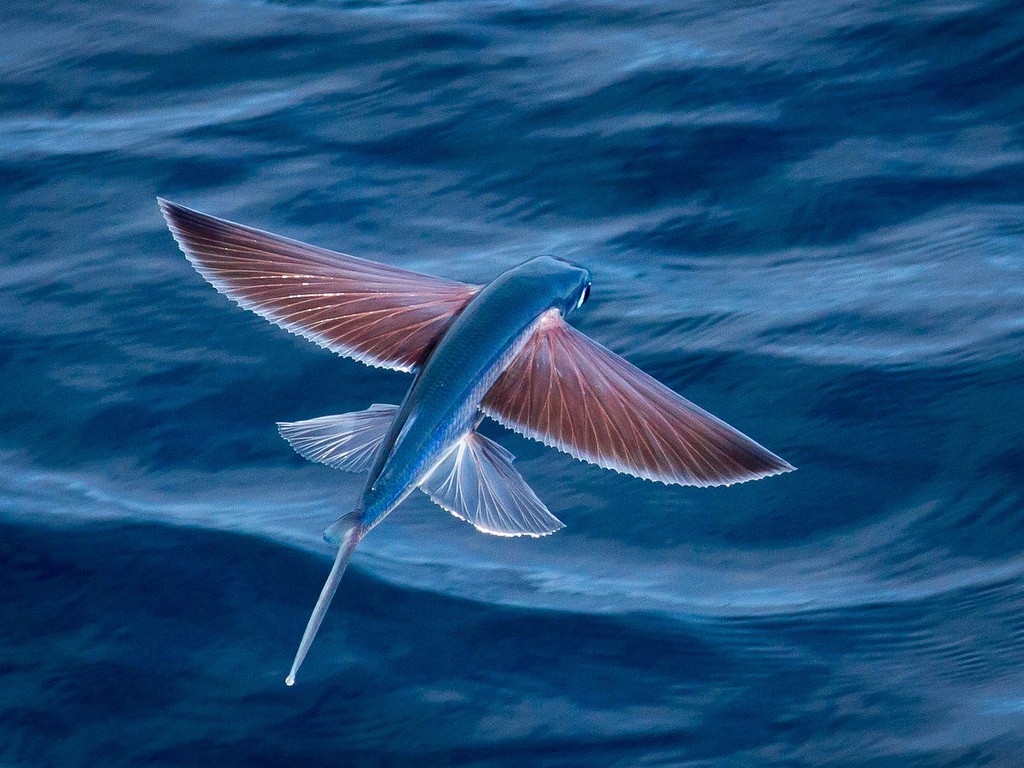 Flying fish or flying cod (Exocotidae) is a fish that does not fly like a bird but makes powerful, self-propelled leaps out of the water. They have long wing-like fins that allow them to glide high above water surfaces, possibly to evade predators. Barbados is called the land of flying fish and is one of its national symbols. 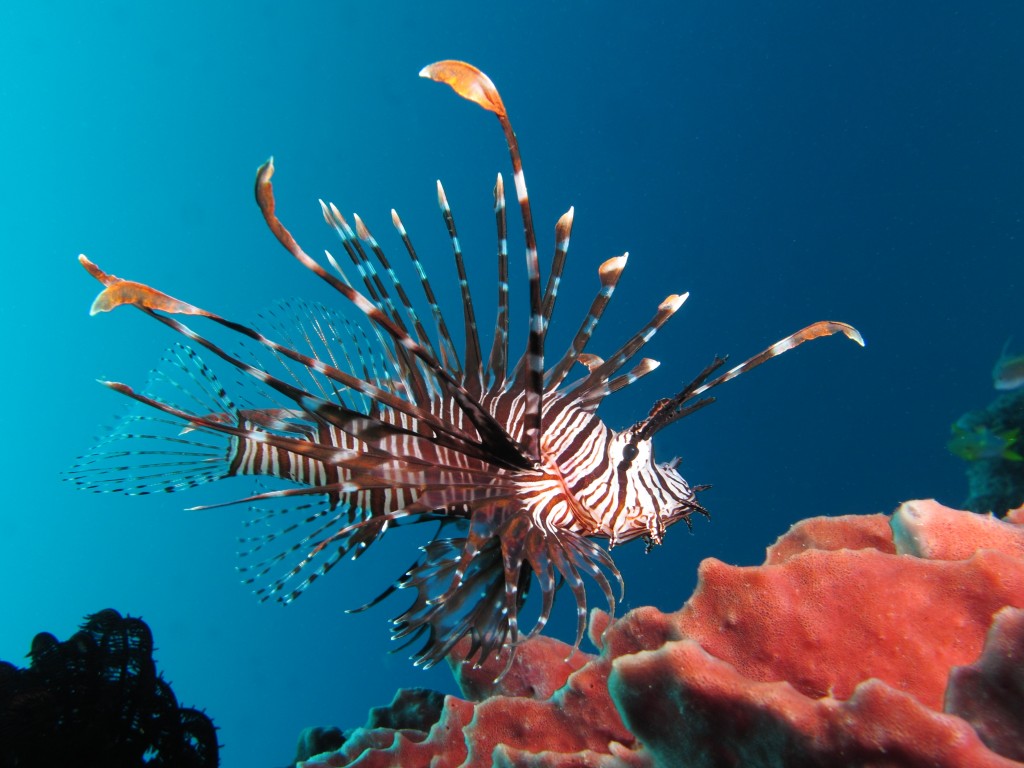 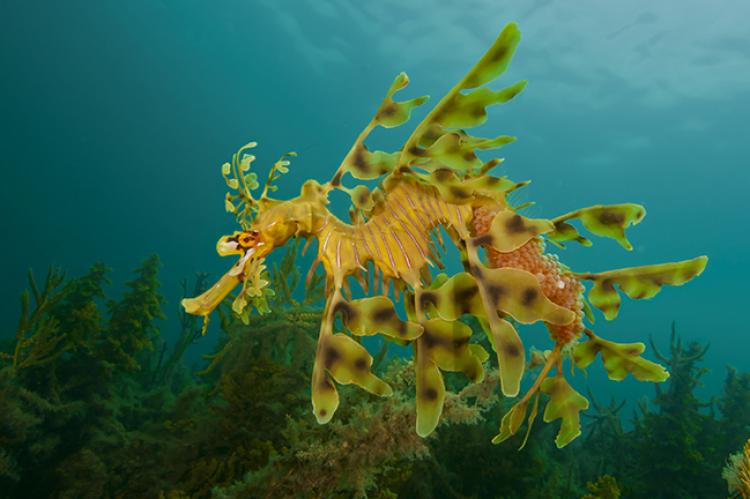 Glauert’s seadragon, or leafy seadragon, is a marine fish that is found in the southern and western coasts of Australia. Widely called leafies, it is the marine emblem of the South Australia state and a focus for local marine conservation.

They have long leaf-like protrusions all over the body that serve as camouflage. Their fins (pectoral and dorsal) are almost completely transparent and hard to spot. 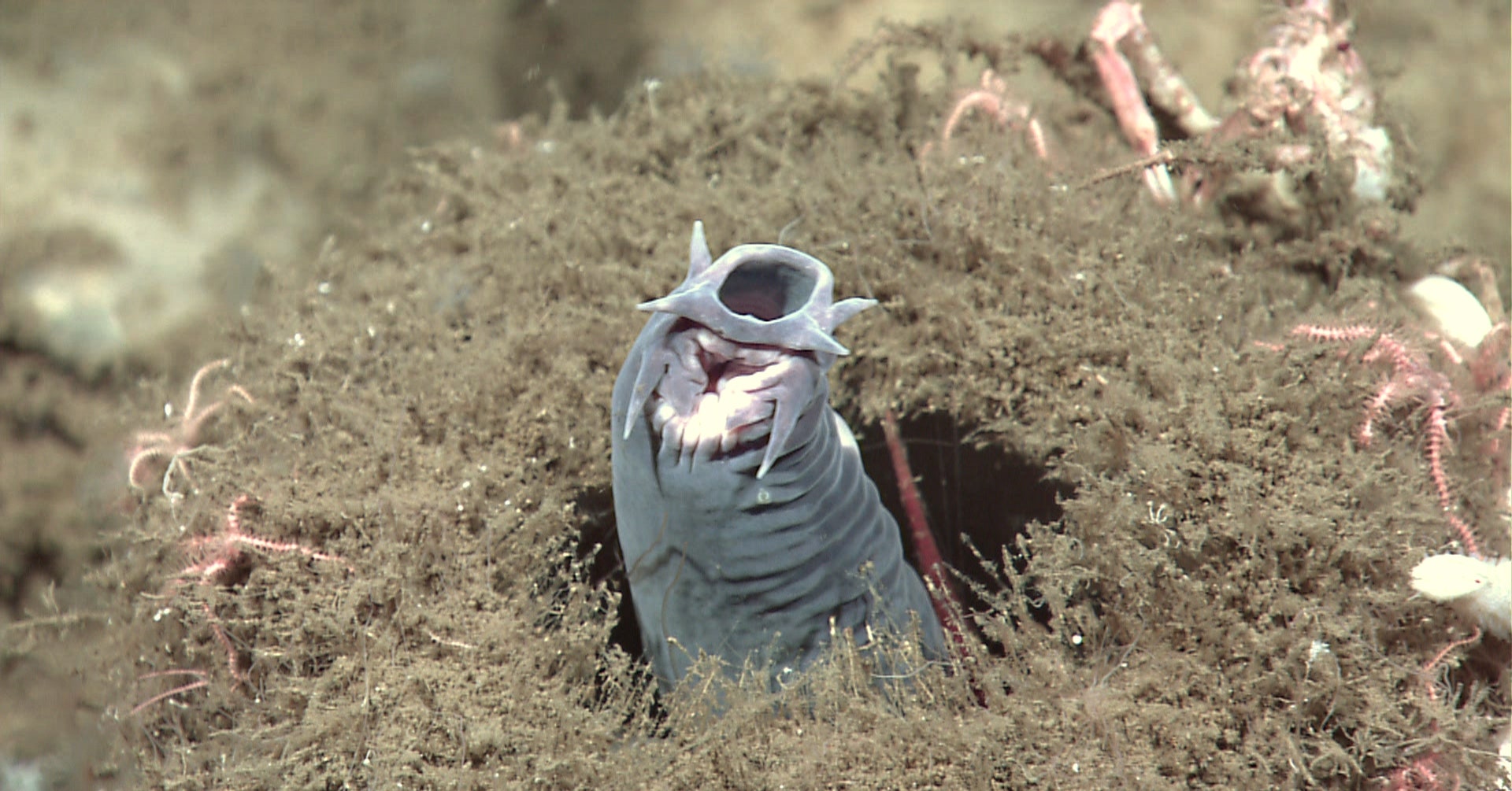 Hagfish (or slime eels) is the eel-shaped, slime-producing marine fish. It is the only living animal with a skull and no vertebral column. Better known as eel skin, hagfish skin is used in different clothing accessories and produces durable leather used for wallets and belts.

Though it’s not eaten as food in most parts of the world, hagfish is a valued food in Korea and Japan. 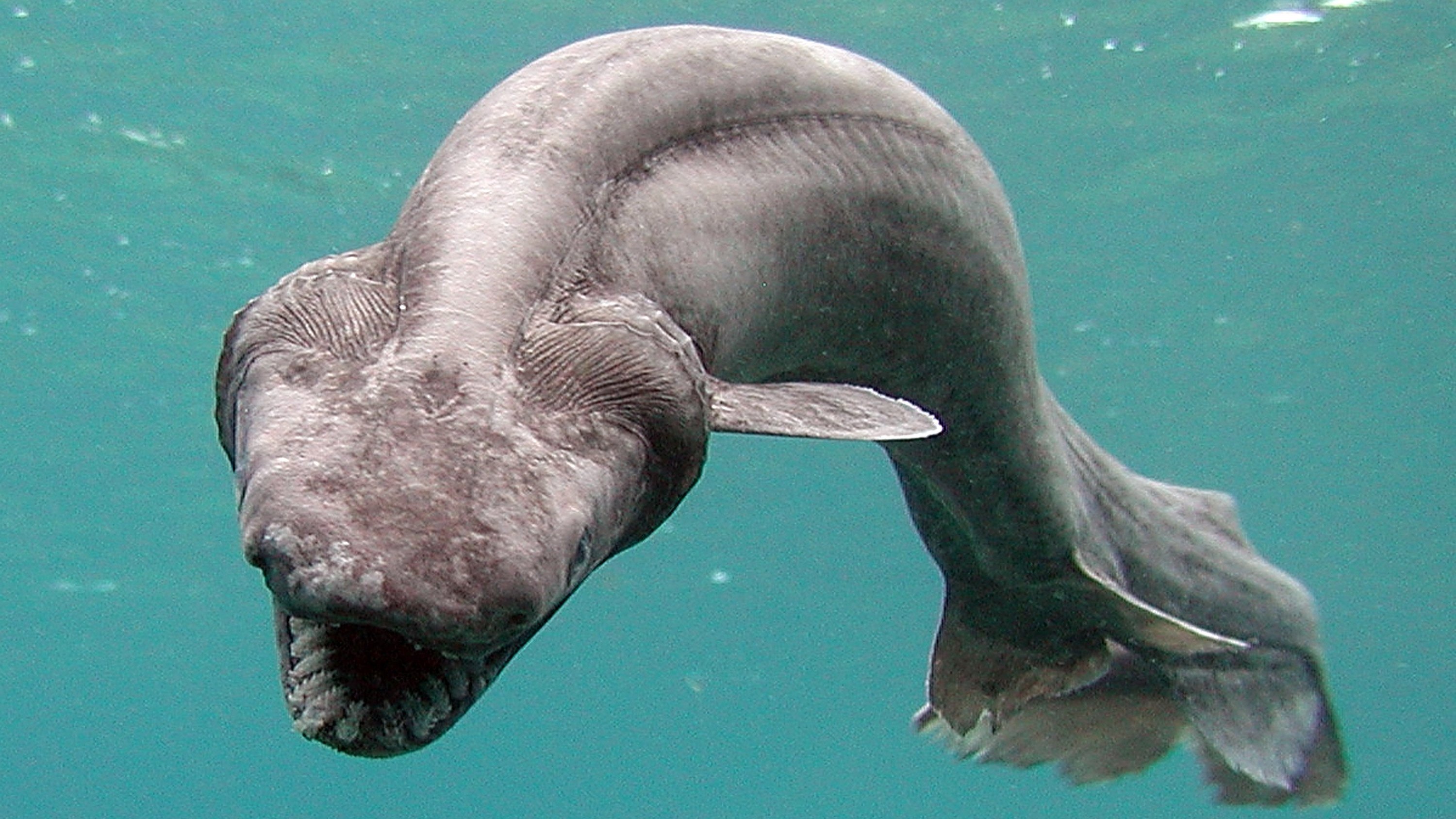 One of the two extant species of shark in the family, Chlamydoselachidae, the frilled shark is regarded as a living fossil. It gets its name from the fringed appearance of the six pairs of gill slits at the shark’s throat.

Its two species are found in the Atlantic and Pacific oceans. They feed on cephalopods, bony fish, smaller sharks, and majorly squid varieties (60% of their diet). 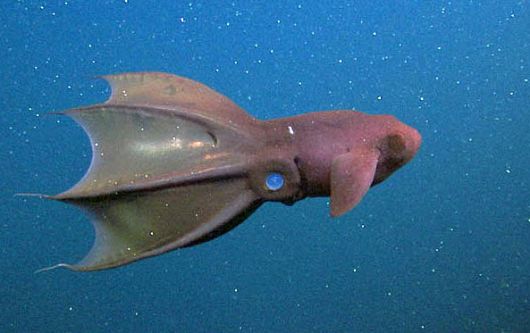 The vampire squid is a small deep-sea cephalopod found in the temperate and tropical oceans.

It shares similarities with octopus and squid. It is the only known surviving member of its order- as a phylogenetic relict. 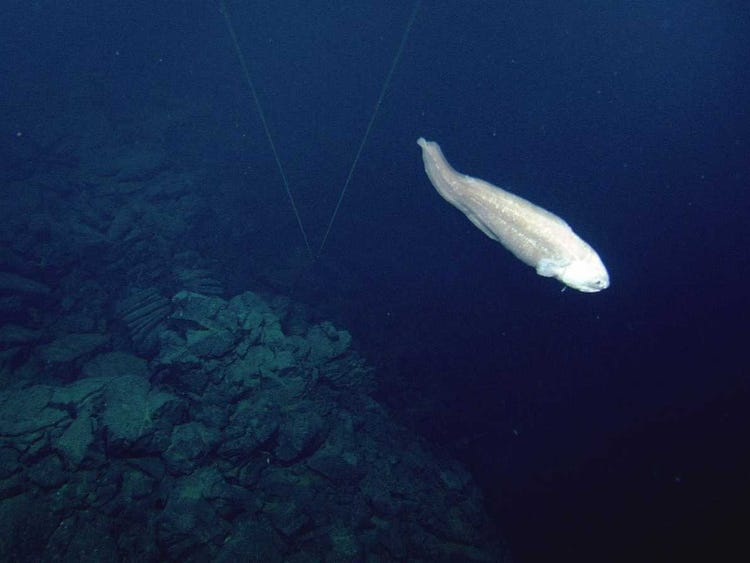 Cusk eel or Ophidiidae is a marine bony fish found in temperate and tropical oceans across the globe. One of its species,  Abyssobrotula galatheae, has been recorded at the bottom of the Puerto Rico trench. It thus became the deepest recorded fish at 27,460 ft. 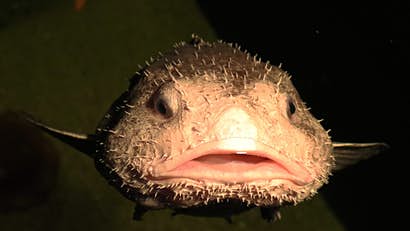 Blobfish is a bottom-dwelling marine sculpin that has a tadpole-like shape. It is also called blobfishes, toadfishes, flathead sculpins, tadpole sculpins, and fathead sculpins. It is found in the Pacific, Indian, and Atlantic oceans. 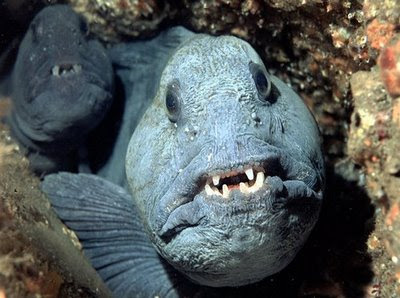 Besides their unique appearance, they are distinguished by the natural anti-freeze produced to keep the blood moving fluidly in an extremely cold habitat. 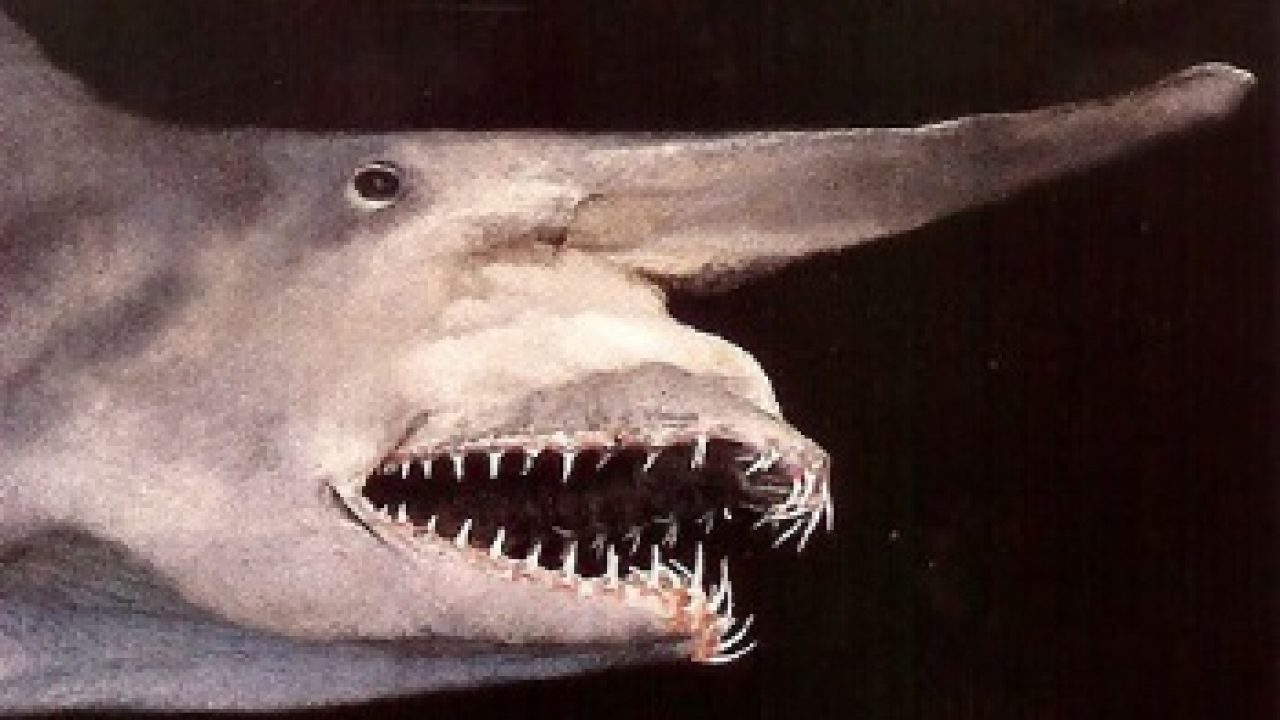 A rare, deep-sea shark species, the goblin shark is sometimes called considered the “living fossil” and the only representative of the family Mitsukurinidae. They are sluggish, have elongated & flattened snout, and highly protrusible jaws with prominent nail-like teeth.

Despite its rarity, the International Union for Conservation of Nature (IUCN) categorizes it as Least Concern.