Do you know that polar bears are not white but black? They’re bad hunters, can swim for several days, and are marine animals. Read more here. 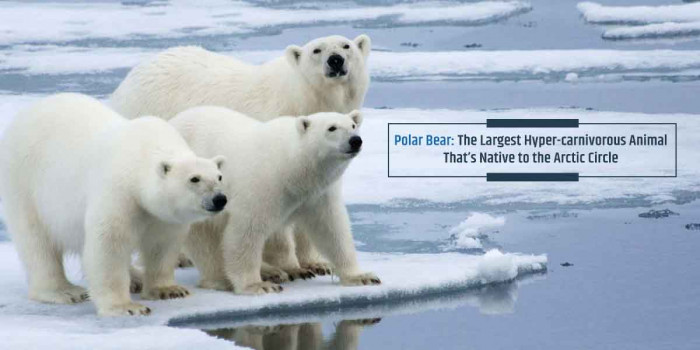 Polar bears are the world’s largest hypercarnivores on the land, measuring up to 3 meters long. A sister species of the brown bear, it evolved around 150,000 years ago to inhabit a narrower ecological niche and adapt to cold temperature conditions.

Their Latin name, Ursus maritimus, refers to sea bear. Polar bears are referred to as marine mammals and spend a lot of their time on the sea ice and around water. The thick layer of their white fur keeps them warm.

Here are some more interesting facts about your favorite Arctic animal. 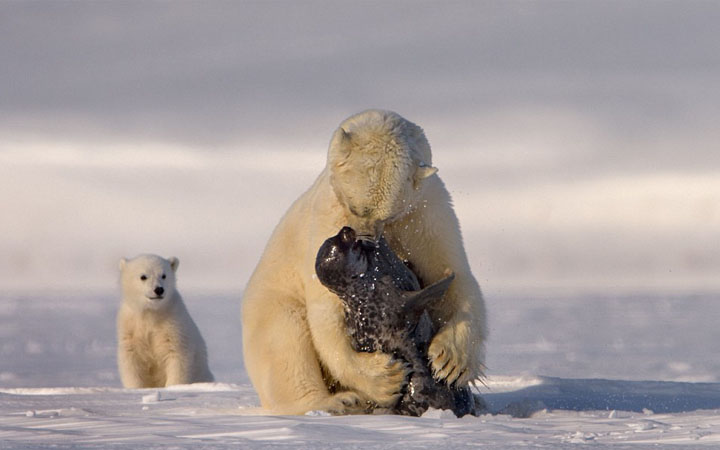 They are bad hunters, meaning their only 2% of their hunts are successful. They spend almost half of their life in hunting food.

Polar bears mainly eat ringed and bearded seals, which they can identify in the water beneath a meter of compacted ice and almost a kilometer away from it due to their strong sense of smell. They also feed on small mammals, carcasses, birds, vegetation, and eggs.

Reaching speeds up to 40 kph on land and 10kph in water, a swimming polar bear can jump 8 ft out of the water to catch a seal on land or in open water.

It has non-slippery footpads and has the shortest tail among all the bear species. It has 42 teeth and has larger & sharper canines and smaller cheek teeth.

3. Climate Change is Just One of the Threats They Face 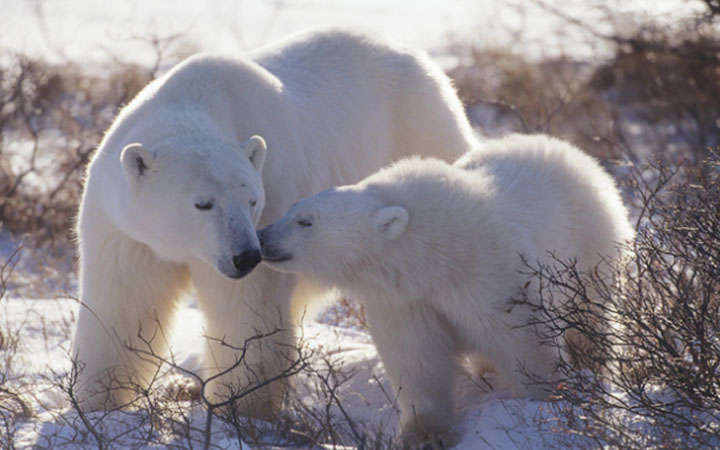 Climate change remains the biggest threat to the survival of the polar bears. Human-polar bear conflicts increased the melting sea ice as they look for food during summers.

The oil and gas industry poses the risk of habitat destruction due to its plans for oil exploration in the Arctic.

If a polar bear’s fur comes in contact with oil spills, its insulating effect can reduce requiring them more energy to keep warm. And it can also be poisonous if ingested.

Through prey, they are also at risk of being exposed to toxic chemicals like pesticides, and these can affect their reproduction ability and biological functioning.

According to the genetic testing in 2006, it was confirmed that polar bear-grizzly bear hybrids exist. They are also called grolar bears or pizzly bears.

This hybrid has a physical resemblance to the intermediate of both species. However, since wild hybrids are born from polar bear mothers, they behave like polar bears. 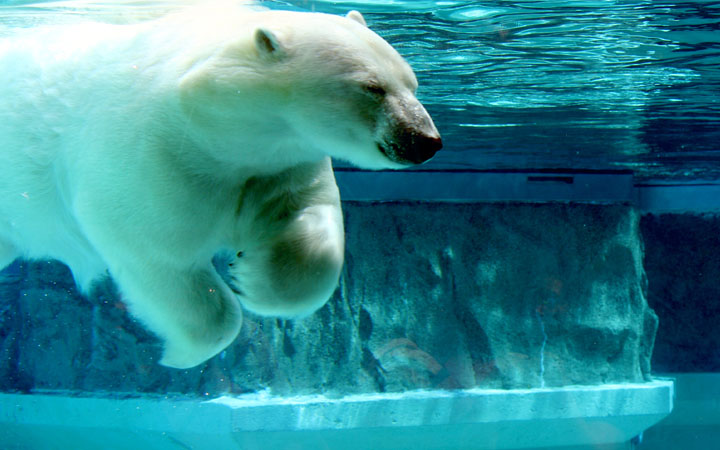 Nearly 26000 wild polar bears make up the total population, and they are divided into 19 units or subpopulations. Out of these, only one is increasing, five are stable, four are declining, and the remaining nine are not yet assessed due to lack of data.

6. They Can Swim Steadily for Long Distances for Several Days

Reaching speeds of up to 6mph in the water, polar bears can swim constantly for long distances for hours and even days to get an ice piece to another. Their big paws are specially adapted to swim, and they use them to paddle through the water while holding their hind legs flat like a rudder.

7. They Appear White But are Black 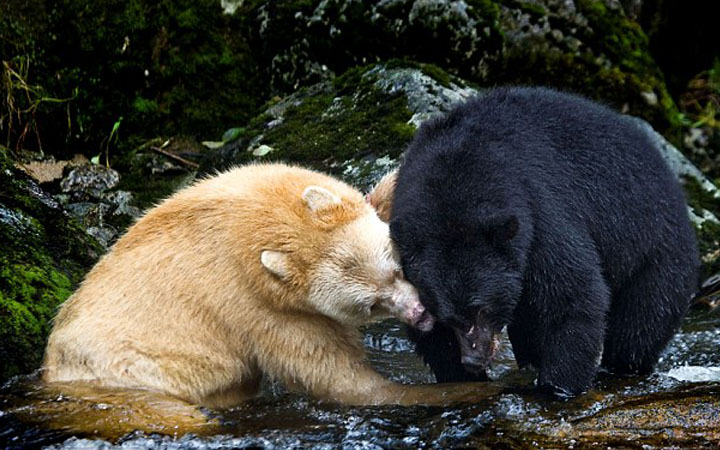 Interestingly, polar bears are black and not white. That’s because its fur is translucent and appears white as it reflects visible light. The skin beneath this fur is jet black.

The IUCN/World Conservation Union puts polar bears in the “vulnerable” conservation status, and they need to be conserved unless it would become an endangered species.

The animal kingdom is vibrantly diverse and has all kinds of creatures- wild, pet, and domestic.