Starfish, also known as sea stars, are the vibrant marine animals found in the various oceans across the world. They’re also eaten in some cultures despite its toxicity. 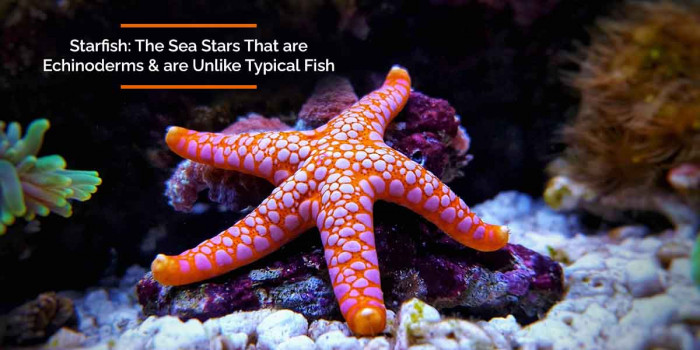 Starfish are attractive marine animals that can be of varied colors, sizes, and shapes, though most of them have the shape of a star having five arms but can have up to arms. Some may seem smooth; they all have spines wrapped around in their upper surface and are soft underneath.

They are part of a group of animals called echinoderms, which travel using their tube feet. They can regenerate lost limbs and also swallow large prey with their unusual stomachs. From tropics to frigid polar waters, the world’s oceanic seabeds have more than 2000 species of starfish.

Know some amazing facts about the beautiful starfish here.

1. They are Not True Fish 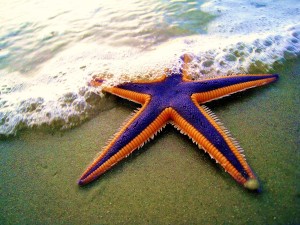 Seafish are incredible sea creatures that live underwater, but they are not true fish as they do not have scales, gills, or fins like other fish do.

And they move quite differently from a typical fish. The fish get propelled with their tails, and sea stars use their tiny tube feet to move along. As they are not classified as fish, they are called sea stars by scientists.

It may sound surprising that starfish have eyes, but it’s true. However, they’re not placed you’d expect them to be. At the end of each arm, they have an eyespot. A sea star’s eye looks like a red spot.

It can’t see fine details but can sense light and dark, which are enough for the environments in which the animals dwell. They can identify various light shades, letting them hunt food and hide predators.

3. Their Spiny Armor Protects Them from Predators 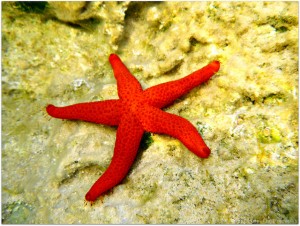 The skin of the sea star may feel prickly or leathery, based on the species. It has a tough covering on the upper side, which is composed of plates of calcium carbonate with small spines on the surface.

Its spines guard it against its predators like fish, sea otters, or birds. A spiny sea star named crown-of-thorns starfish is found to be living in the tropics and corals of the Indo-Pacific region.

4. They Neither Have Any Brain Nor Blood

Seastars do not have blood but have a circulatory system made of seawater. Through a sieve plate, seawater gets pumped into its water vascular system. A type of trap door, known as madreporite, a sieve plate is often visible as a light-colored spot on top of the starfish.

Seawater moves from the madreporite into the sea star’s tube feet, resulting in the arm extension. The muscles within the tube feet are used for limb retraction.

Also, they do not have any brain or central nervous system but have a complex nervous system. It has a nerve ring that surrounds the mouth and a radial nerve along the ambulacral region of each arm. The peripheral nerve system comprises two nerve nets: a sensory system in the epidermis and a motor system in the lining of the coelomic cavity.

5. They Eat with Their Stomachs Outside Their Body 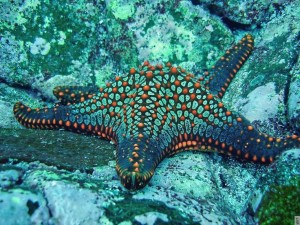 The starfish feeds on bivalves like mussels and clams and also snails, barnacles, and small fish. Its mouth is on the underside, so when it catches the food, it wraps its arms around the shell of the animal slightly pull opens it. Then it pushes its stomach through the mouth into the bivalve’s shell.

After that, it digests the animal and slides the stomach in its body. This unique feeding mechanism lets the sea star feed on the larger prey.

Starfish are also called Asteroids as they belong to the class Asteroidea. They may be mesmerizing polar and deep-sea creatures, but they are not safe all the time as they have spines on their body surface.

Top 5 Animals Who are Selfie Lovers – Must watch