The Ferocious Saber-Toothed Kittens of the Ice Age

Saber-toothed kittens were the fierce and fearsome carnivores that back to the Ice Age. Neither tigers nor modern cats are their direct descendants. 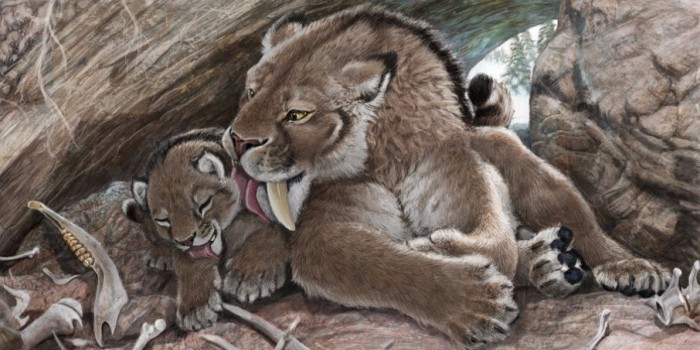 Saber-toothed cats (sometimes colloquially known as “saber-toothed tigers”) were the fierce felines that wandered parts of North America during the ice age. As big as lions, most of their species did not look as much like the modern-day cats. With giant forelimbs and the elongated iconic canines, they (even as kittens) were exceptionally tough and muscular.

Read on here to know some really interesting facts about these social carnivores of Ice Age, ‘saber-toothed kittens.’

Smilodon Fatalis is the Best-Known Species of Saber-Toothed Cats 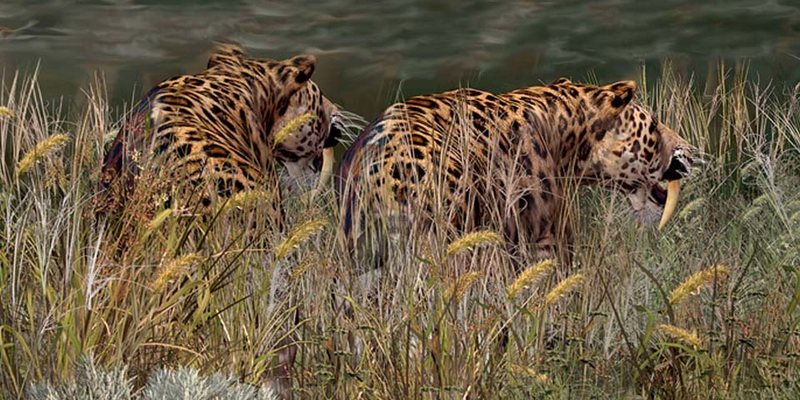 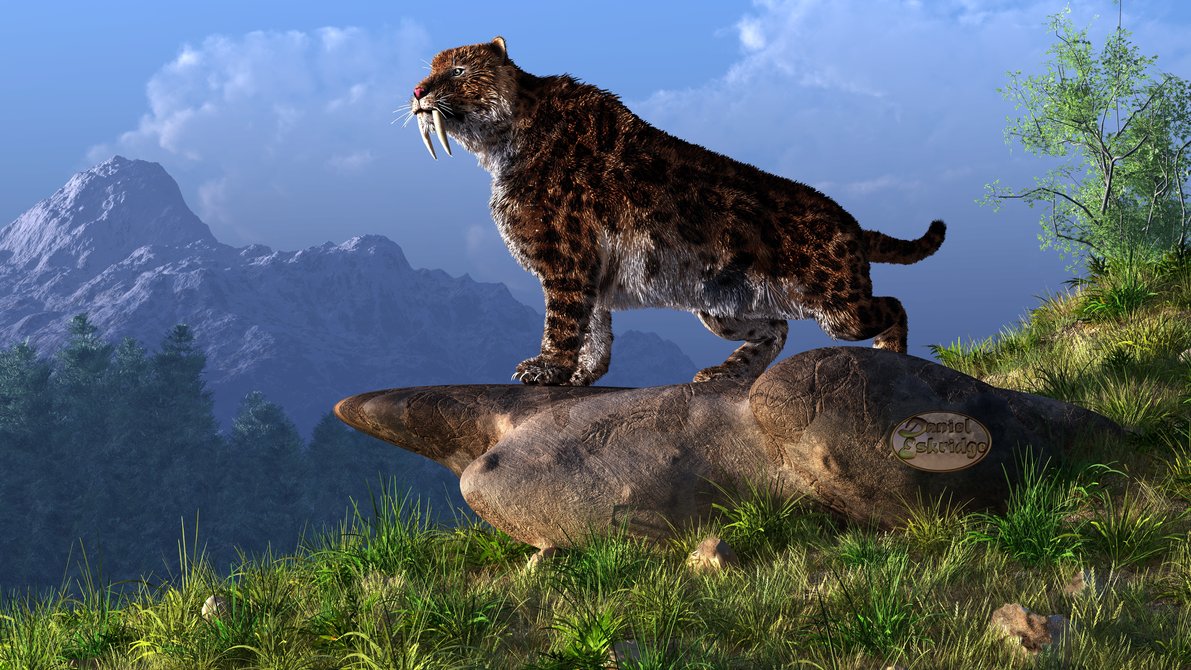 The La Brea Tar Pits in Los Angeles has a huge collection of fossils of these ancient carnivores. They lived up for around 11,000 years there. They weighed about 100-620 pounds and used their elongated canines for precision killing. 90% of them were carnivores who stumbled upon these pits in search of prey. While some managed to get their food, the others had themselves stuck in the thick petroleum goop.

They Were Heavier Than the Dangerous Wolves The prehistoric saber-toothed cats don’t have any close modern descendants. It is believed that they used their massive and powerful forelimb muscles to pull down and position their prey for deathly bites. The saber-toothed cats were quite heavier than the dire wolves.

They Were Unlike the Modern Big, Wild Cats 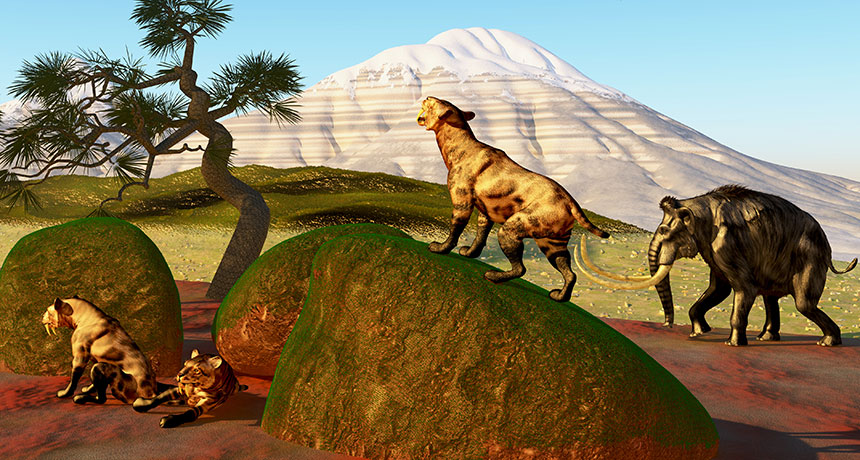 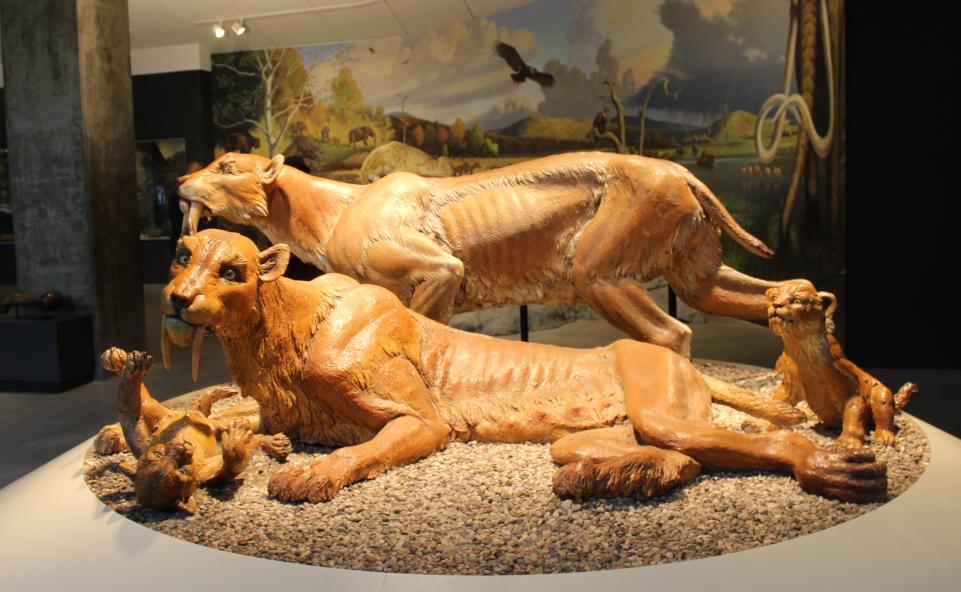 Big beasts like elephants, rhinos, and other giant herbivores that are no longer in existence were their prey. When pitted against other predators or similar-sized cats, saber-toothed kittens were much stronger and heavier.

They Don’t Have Any Direct Descendants in Today’s Times 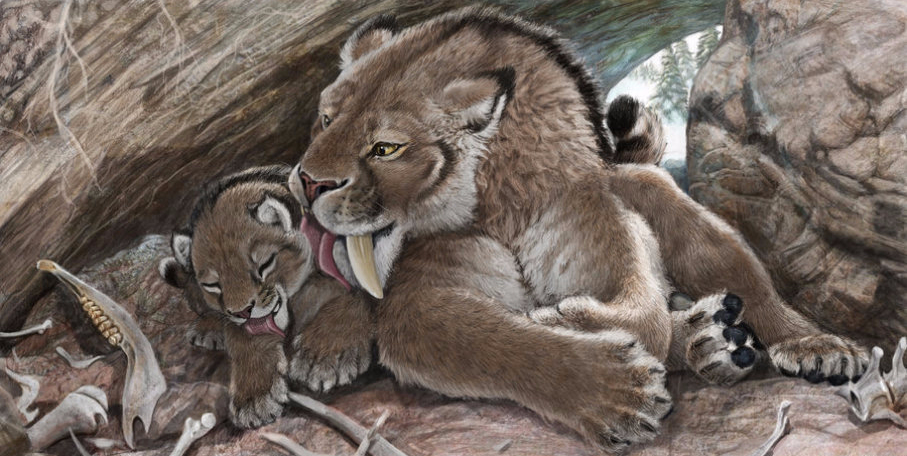 Smilodon does not have any direct descendant today as all of its species were completely wiped out during the Ice Age. The big modern cats come from a different lineage. Lions, leopards, and cheetahs tend to chase their prey and cougars usually ambush.

They Were Not Tigers & Only Distant Relatives of Modern Cats

Mairin Balisi, the UCLA doctoral student in ecology and evolutionary biology, conducted an analysis of over 35,000 bones from saber-toothed cats and dire wolves for more than 6 months at the La Brea Tar Pits' George C. Page Museum. He stated that the saber-toothed cats were not tigers and have no close relationship with modern cats.

6 Oldest Animals On The Planet Earth