Salema Porgy (Sarpa salpa), a species of bream, can induce LSD-like hallucinations if it is eaten. normally found in the Mediter... 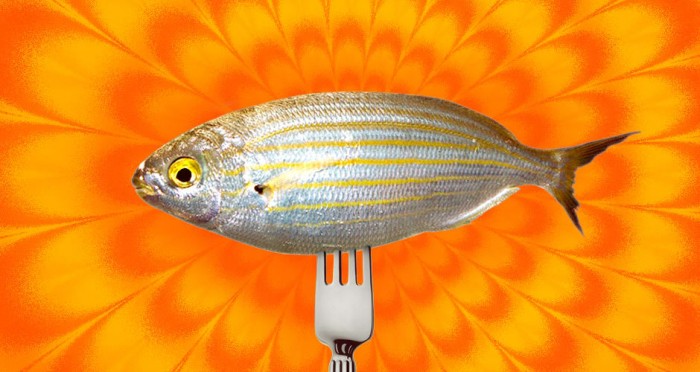 Salema Porgy (Sarpa salpa), a species of bream, can induce LSD-like hallucinations if it is eaten. normally found in the Mediterranean and around Spain, and along the west and south coasts of Africa. Occasionally they are found in British waters. These widely distributed coastal fish became a recreational drug during the Roman Empire, and are called "the fish that make dreams" in Arabic.

In 2006, two men who ate fish, apparently the Sarpa Salpa caught in the Mediterranean were affected by ichthyoallyeinotoxism and experienced hallucinations lasting for several days.

This Fish Is Known As The Dreamfish For A Reason 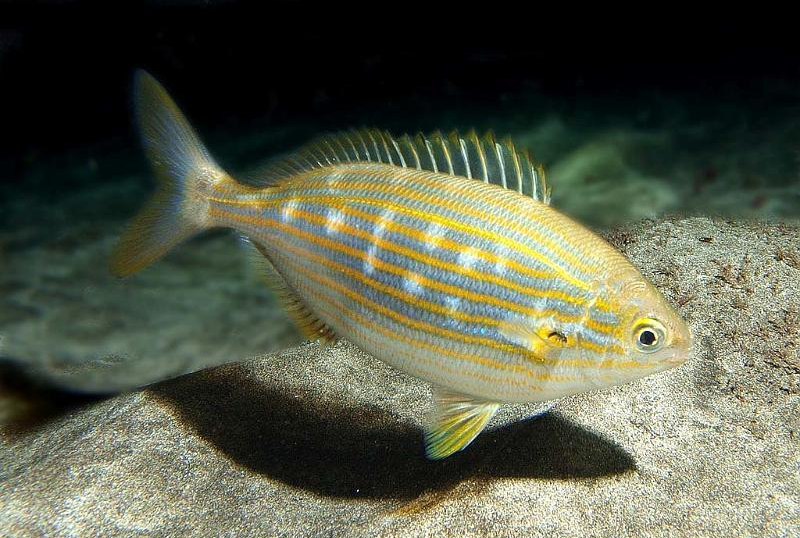 Sarpa Salpa, known commonly as the Dreamfish, Salema, Salema Porgy, Cow Bream or Goldline, is a species of sea bream, recognisable by the golden stripes and which can cause hallucinations when eaten.

Commonly Found In The Mediterranean 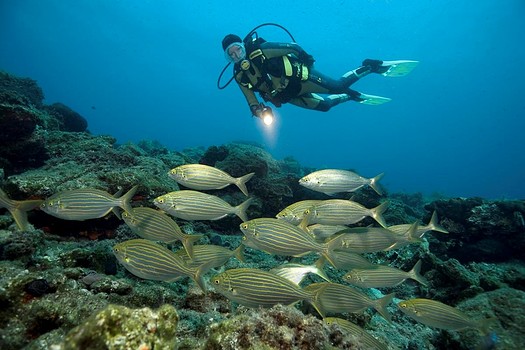 It is found in the East Atlantic, as well as the Mediterranean, where it ranges from the Bay of Biscay to South Africa.It has occasionally been found as far north as Great Britain.

Sarpa Salpa Itself Is Not Hallucinogenic, It’s The Algae That The Sarpa Eats Which Contains A Hallucinogen Called Indole Before you go down to your local fishmonger and start decapitating every fish in sight, know a couple of things. First, the fish's head is rarely psychotropic--the sarma salpa's hallucinogenic powers come from a compound called indole, which is present in the plankton and algae it eats. If there isn't enough indole, then you'll just be that sober, fish-head-eating person you see at every kegger.

It’s Not Your Regular Dreamy Visual Experience, It’s A 36-Hour-Long Nightmare, To Say The Least.

Furthermore, tripping on the Sarpa Salpa is a magical mystery tour through the seventh circle of hell. Crippling terror, unearthly howls, and visions of demonic animals are reputedly common. In 1994, one salpa-tripping man realized something was terribly awry when giant arthropods surrounded his car.

The species most commonly claimed to be capable of producing this kind of toxicity include several species from the Kyphosus genus, including Kyphosus fuscus, K. cinerascens and K. vaigiensis. It is unclear whether the toxins are produced by the fish themselves or by marine algae in their diet, but a dietary origin may be more likely.

Other hallucinogenic fish are Siganus spinus, called "the fish that inebriates" in Reunion Island, and Mulloides flavolineatus (formerly Mulloidichthys samoensis), called "the chief of ghosts" in Hawaii.

People Have Suggested That It Has An LSDish Sort Of After Effect, Just More Intense

The toxin or toxins responsible for the mediation of ichthyoallyeinotoxism are unknown. As all ichthyoallyeinotoxic fishes are algal grazers, it is has been suggested that they derive their hallucinogenic properties from alkaloids of the indole group, which display similarities in chemical structure to LSD, and which occurs naturally in certain types of algae and phytoplankton.

It has also been suggested that ichthyoallyeinotoxism is mediated by the presence in the fish of *dimethyltryptamine (DMT), a * hallucinogen even more potent than the indoles.[1.1]