10 Most Lethal Crocodile Attacks Ever Recorded In History

Crocodiles are dangerous carnivores, the only thing you can do to not get killed by one is to avoid Crocodile territories. These are some fatal accounts of Crocodile attacks on humans. 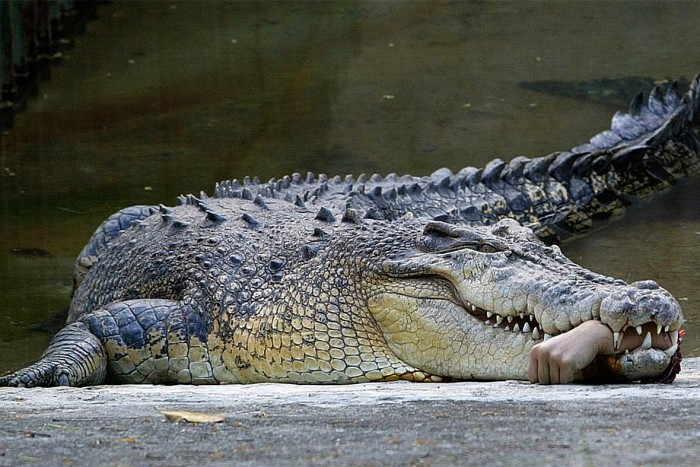 Crocodile attacks on humans are common in places where large crocodilians are native and human populations live. Only 6 of the 23 crocodilian species are considered dangerous to adult humans, and only individuals 2 metres (6.6 ft) in length or more represent a serious danger to humans, as smaller crocodiles are considered incapable of killing humans. 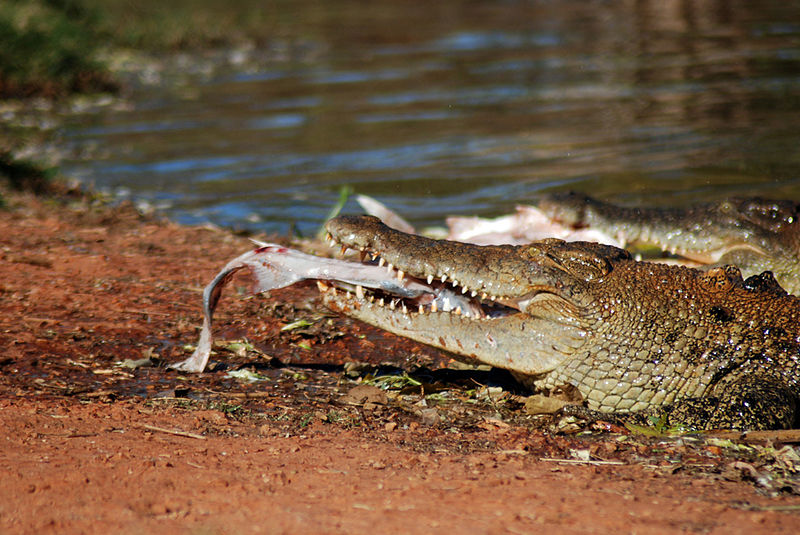 An Iban girl, Dayang Anak Bayang was killed by Bujang Senang at Pelaban River, another tributary of the great Batang Lupar River near Lingga in Sri Aman Division, Sarawak, Malaysia. The crocodile was shot to death by several police sharpshooters and Iban hunters. It was the biggest and oldest crocodile ever caught in the area.

9) A Large Saltwater Crocodile Killed A Snorkeler In Australia 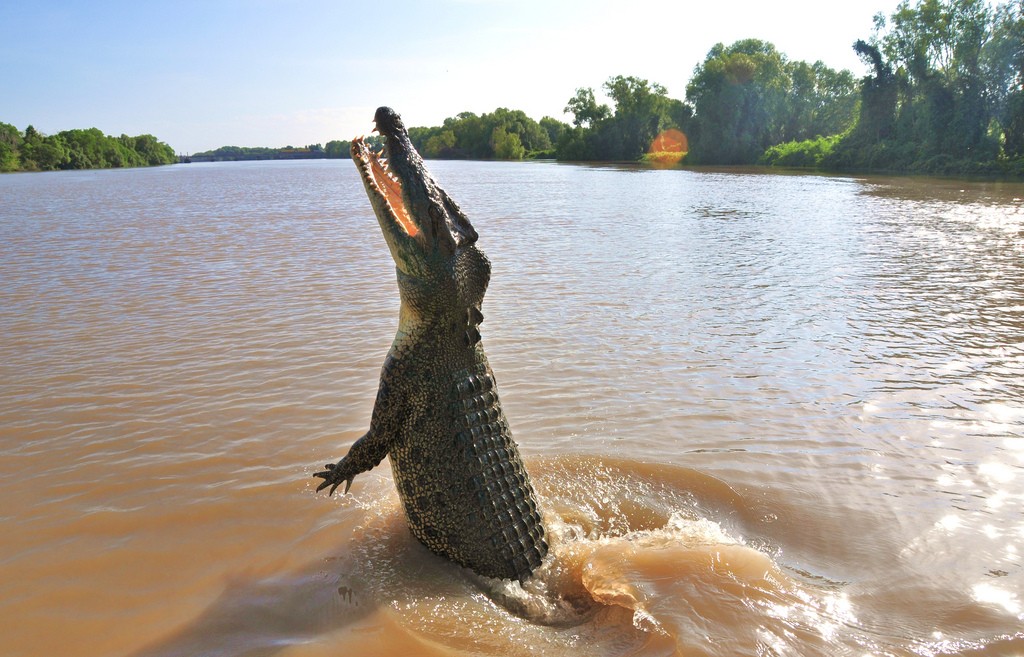 Russell Harris, a 37-year-old British engineer, was killed by a large saltwater crocodile while snorkeling off Picnic Beach in Australia. His body was recovered. 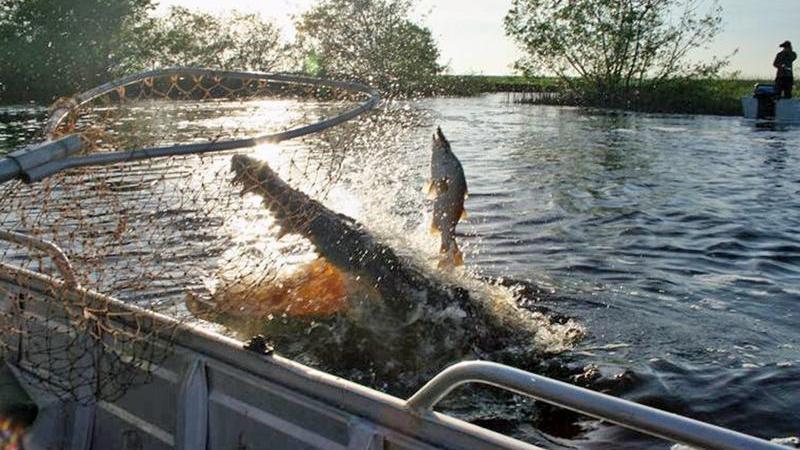 University of Washington medical professor Richard Root, age 68, who had moved to alleviate a shortage of physicians, was killed on a wildlife tour of the Limpopo River when a crocodile emerged from the river, and pulled him underwater. 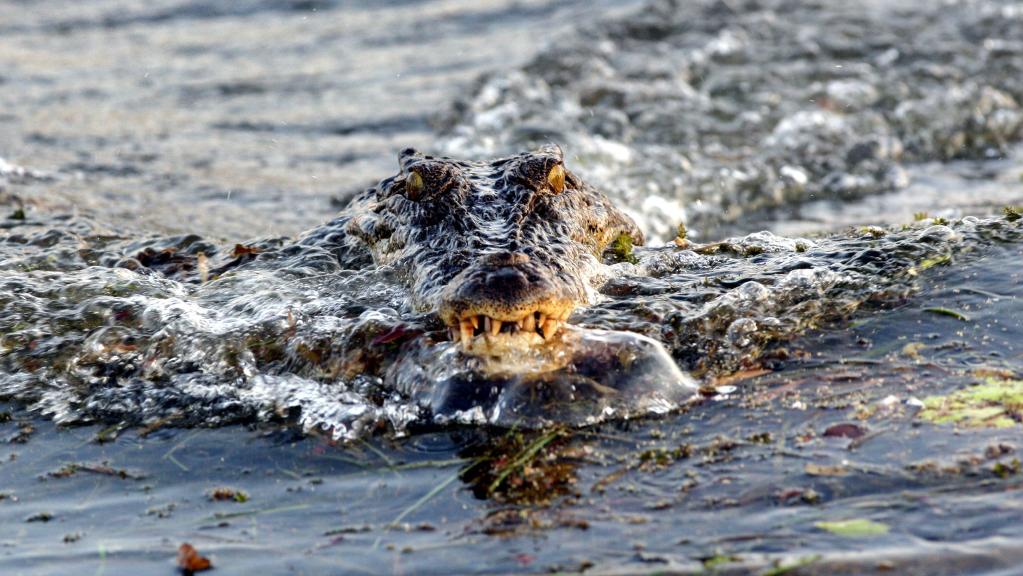 5-year-old Jeremy Doble was attacked by a crocodile in far north Queensland Daintree River, Australia. Police confirmed that human remains found in a saltwater crocodile caught nearby were those of the boy. 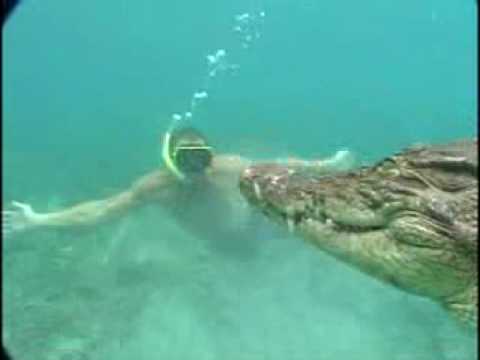 A 25-year-old woman from New Jersey was killed by a saltwater crocodile while snorkeling in India's Andaman Islands. Havelock Island, where the attack took place, lies 45 miles from the Lohabarrack Salt Water Crocodile Sanctuary. Her boyfriend caught the attack on film; the camera was recovered two days later along with her remains. 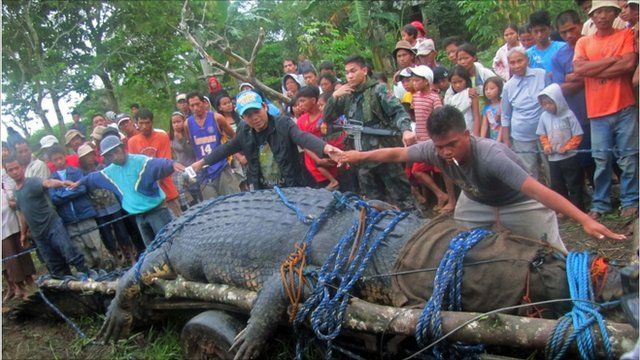 A 20.2-foot (6.17-metre) saltwater crocodile, believed to be the largest ever captured, was trapped in the southern Philippines after a spate of fatal attacks. The crocodile is suspected of eating a farmer who went missing in July in the town of Bunawan, and of killing a 12-year-old girl whose head was bitten off two years before. 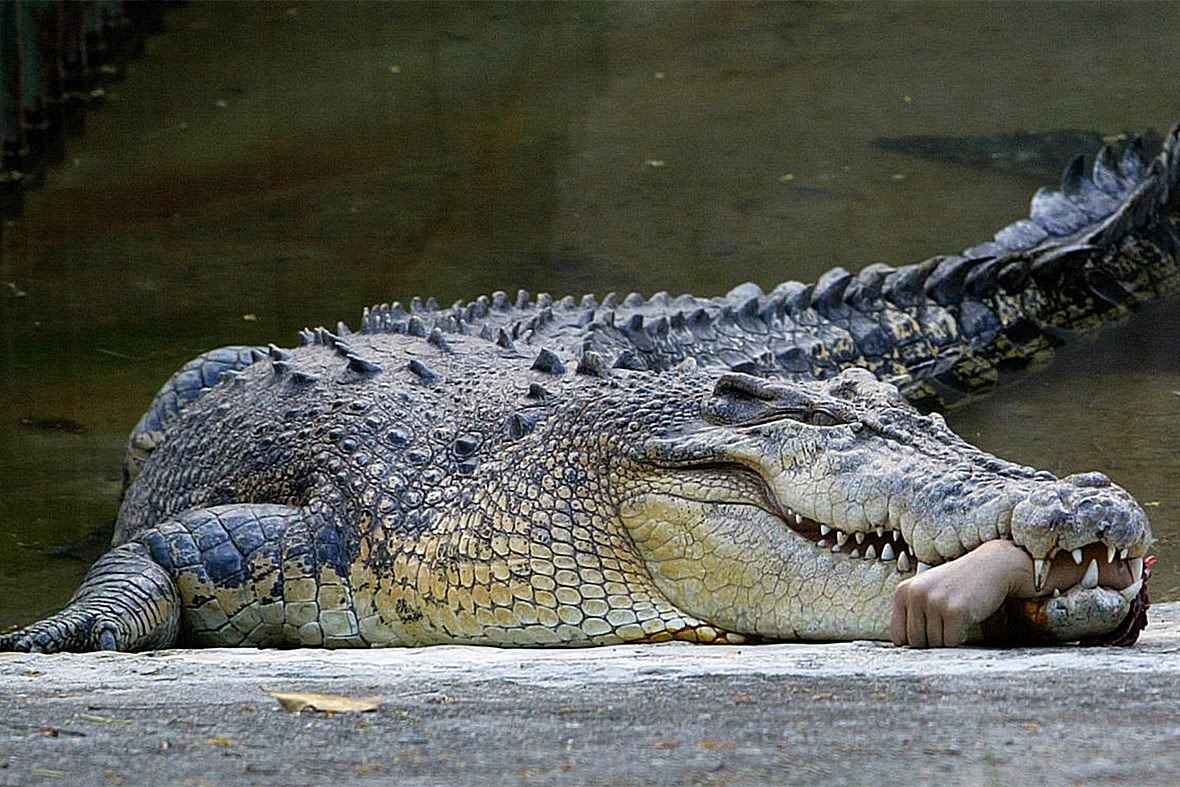 46-year-old Cindy Waldron and her childhood friend, Leann Mitchell, 47, went for a late night swim at Thornton Beach in Daintree National Park, to celebrate the end of Mitchell's cancer treatment. Waldron was snatched by a crocodile, and called for help. Mitchell tried to save her friend's life, but was unsuccessful. Waldron's remains were believed to be found inside a 14-foot crocodile on 3 June 2016. 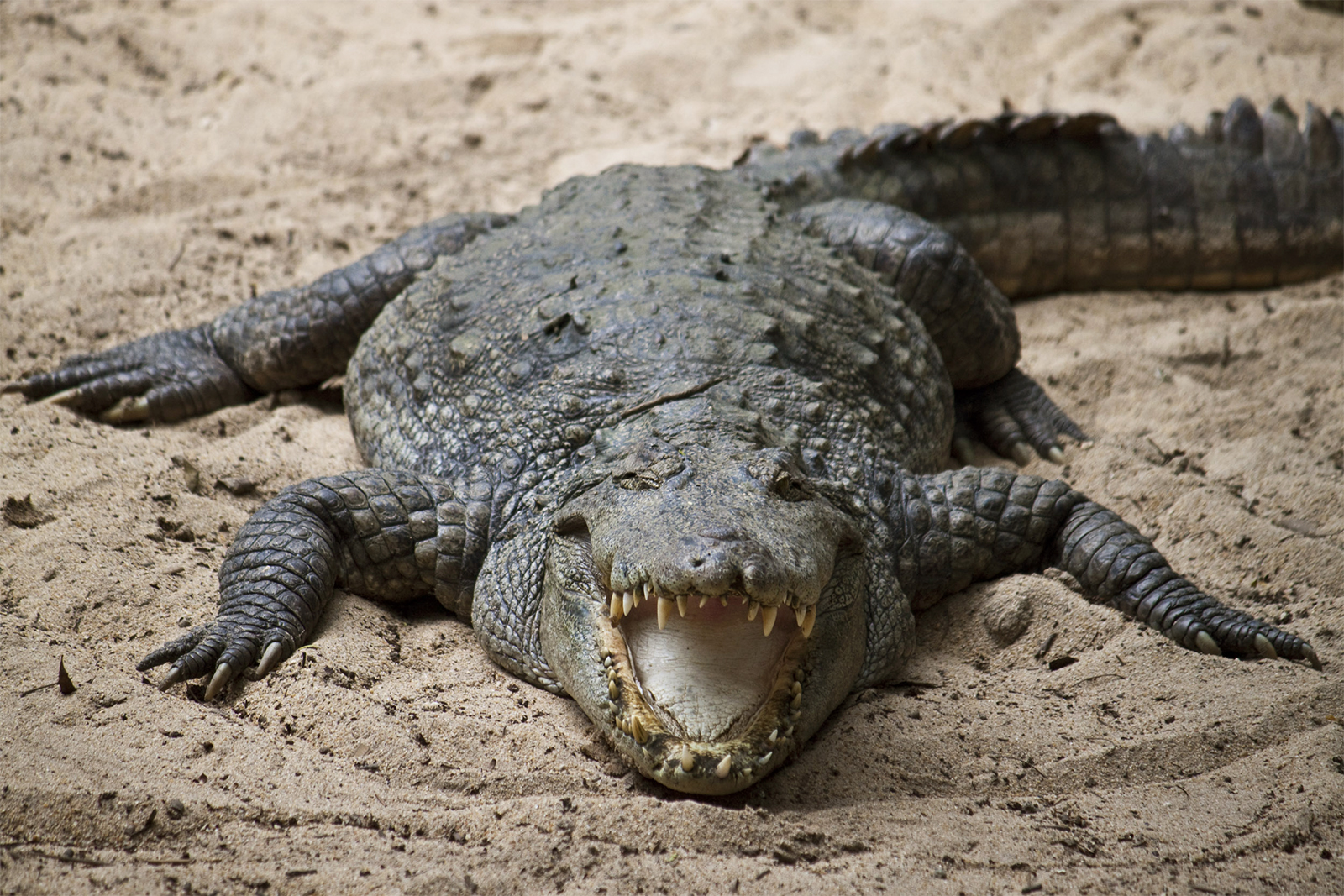 24-year-old Financial Times journalist Paul McClean was reported killed by a crocodile near Arugam Bay in Sri Lanka. McClean stopped by a lagoon known as Crocodile Rock to wash his hands when a crocodile bit him and dragged him into the water. The lagoon is known for its large population of crocodiles. 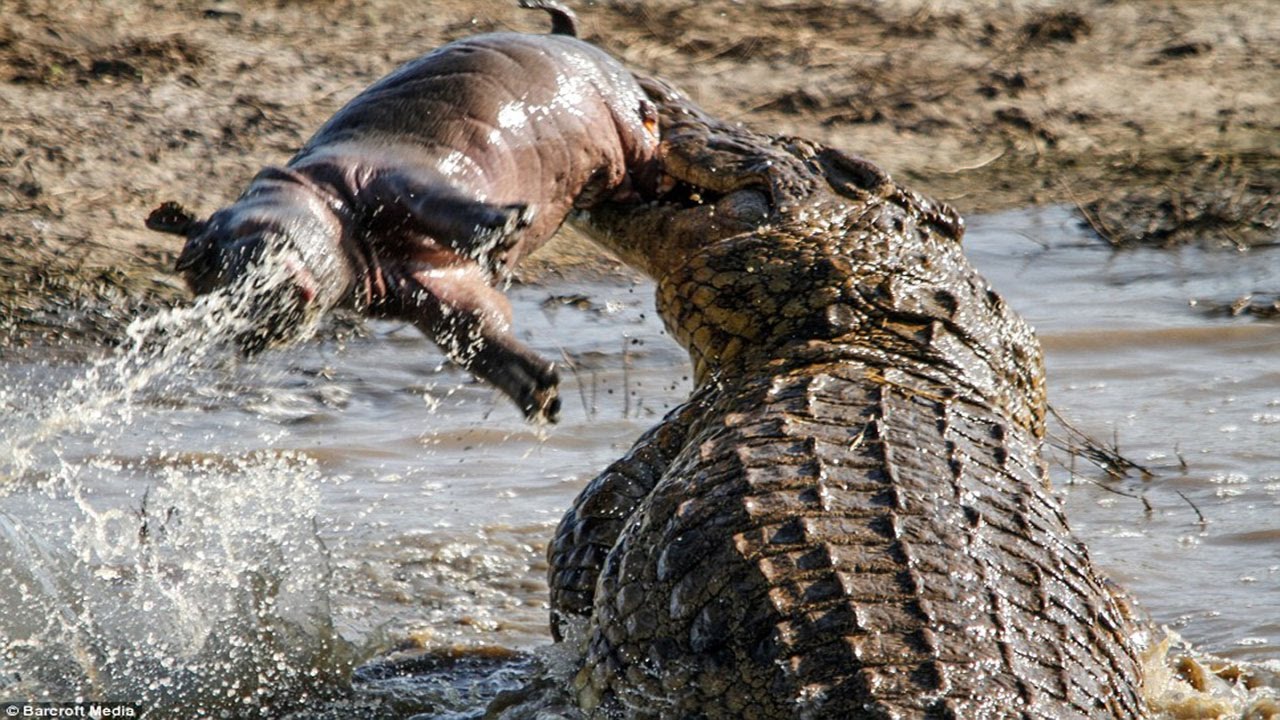 23-year-old German student Isabel von Jordan was killed by a saltwater crocodile in Kakadu National Park, Australia while swimming in the billabong with her sister Valerie and a few other backpackers. 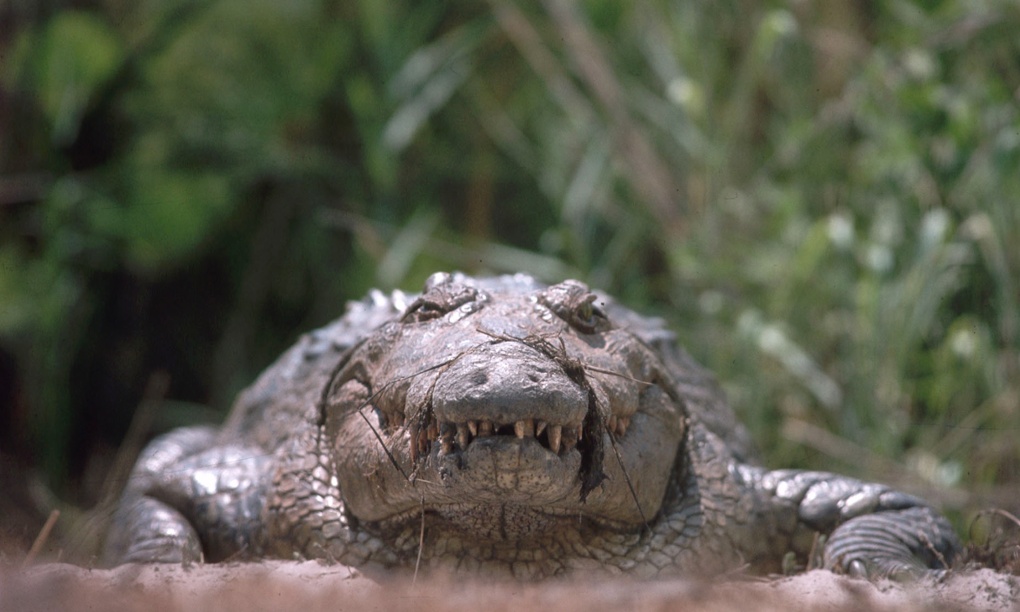 Estimated to be around 20 feet (6.1 m) in length, and to weigh more than 2,000 pounds (907 kg) Gustave has been credited with killing hundreds of people at the Rusizi River in Burundi. Numerous capture attempts have been made, including using a massive bear trap in 2002; however, Gustave has evaded capture. Gustave is the basis of the film Primeval (originally titled "Gustave"), which follows a news team sent to Burundi to capture Gustave; while doing so they become a target of a warlord in the midst of an African civil war.

8 Ways To Detect Bed Bugs At Your Home