While many people have attempted to scale the Mount Everest, only two people have dropped down to the planet’s deepest point, ... 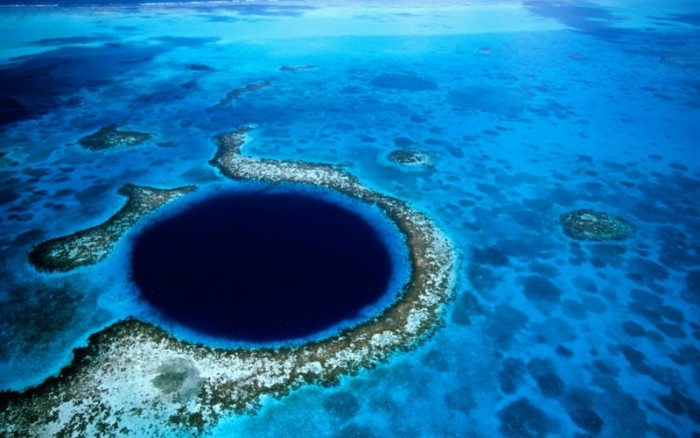 While many people have attempted to scale the Mount Everest, only two people have dropped down to the planet’s deepest point, the Challenger Deep in the Pacific Ocean’s Mariana Trench. The point is exactly a crescent-shaped scar in the earth’s crust that measures nearly 2550 km long and 70 km wide. Mariana Trench is the deepest point to the east of the Mariana Islands. It is believed that even if Mount Everest is dropped down into this deepest point, its peak would still be 1.6 km under the water.

Because of its extreme depth, the temperature in the Mariana Trench is slightly above the freezing point. Right from the freezing cold to the darkness, life in the deep is by no means easy. But somehow life still manages to not only stay close but flourish, producing its own unique ecosystem. 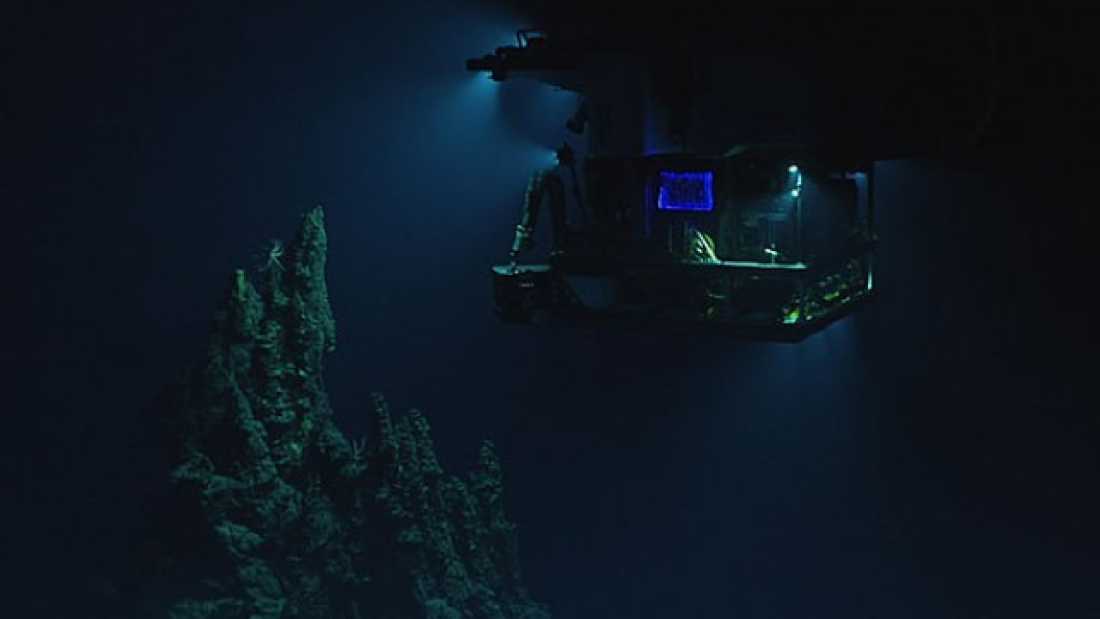 While there was a doubt that life could exist in the Mariana Trench, scientists know very little about the organisms that stay there. Some even questioned whether Piccard’s fish was actually a form of sea cucumber; it was believed that pressure underwater is so great that even calcium can’t exist in solution, so the bones of the organisms would dissolve that means no fish no bones.

But scientists were proven wrong with its extraordinary capacity for adaptation. There were so many fishes deep inside the sea.

The deepest part of the ocean is home to several unusual mysterious creatures. Some creatures like dragon fish emit their own light in order to attract preys, while other creatures like hatchet fish have enormous eyes to catch as much of the light to make it deeper. (1.1)

The sea cucumbers are not alone on the seafloor. They are accompanied by huge, large single cell organisms known as foraminifera which are nearly 5 inches long. Foraminifera almost looks like giant amoebas, produces calcium carbonate shells but deep down at the Mariana Trench. They produce the shells deep down where the pressure is around 1000 times greater that at the surface where CaCO3 dissolves. 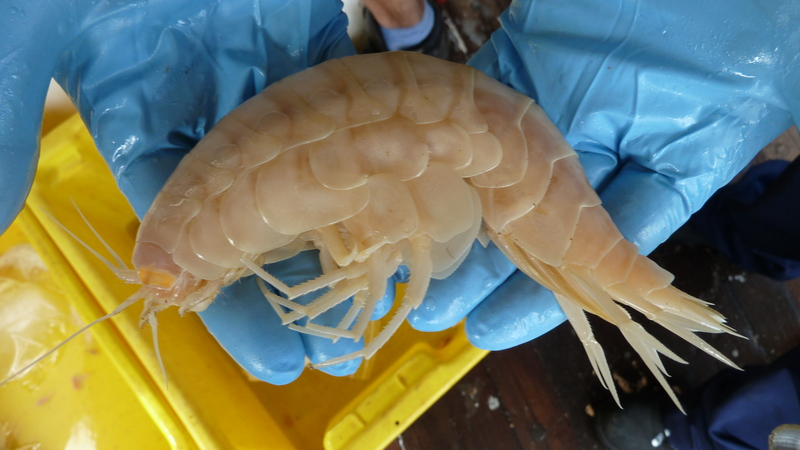 In addition to this, other crustaceans known as amphipods, they are massive albino woodlice which can be found at the very bottom of Challenger Deep. With no light near the seabed, the next question comes to mind is what these organisms eat? Several bacteria survive at this depth feeding off sulphur and methane released from the crust, while some organisms feed on these. Other get dependent on what is termed as “Marine Snow” or little bits of wastes that float down the surface. 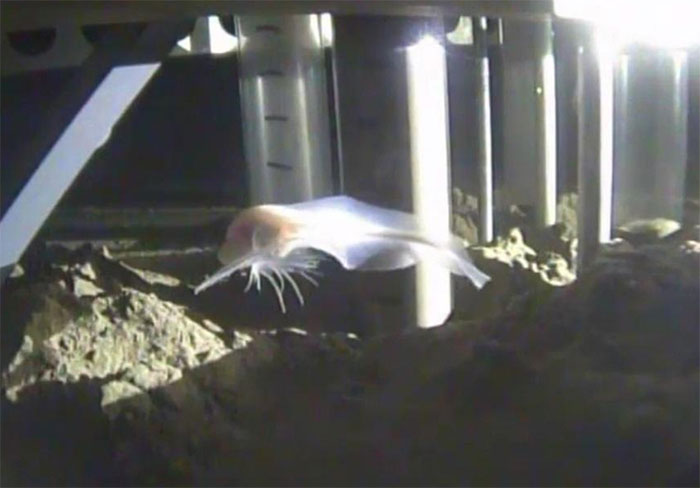 But what about fish? The deepest living fish was found in 2014, swimming 26715 feet below the surface. Purely white with broad wing-like fins and an eel-like tail, the species of snailfish was recorded many times by the camera sent down the depths. Recent year’s research suggests that deep ocean dredges have a glimpse of some unusual organisms like holothurians and amphipods. Still, scientists are studying for the reason how animals can survive in these strange conditions.