Lamprey fish which is like a vampire of the aquatic marine life. As they have the characteristic of draining away the blood of their prey or scrape away their flesh down to the bone. 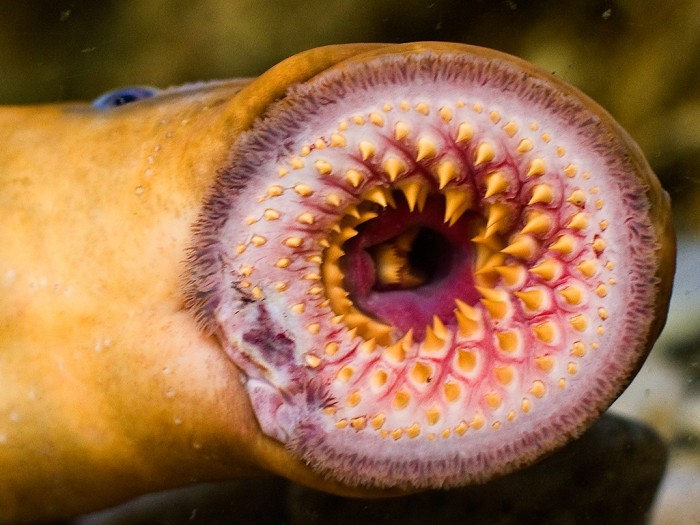 Lamprey a jawless fish which is an absurd marine aquatic life popularly known as Lamprey eels. The Lamprey name has been derived from the word Latin Lampetra which means stone licker. These are parasitic fish found in the Atlantic Ocean. Lamprey fish looks similar to the hag fish and sharks. The species is placed in the Cyclostomata superclass.

They live in both fresh glasses of water and coastal areas. Therefore are found in the temperate regions around the world. It is an ancient fish which resembles fossils for near about 360 million. It is an ugly looking creature which is found attacking its prey by attaching it to the nasty looking teeth which are in circular rows. It is one of the absurd looking species which leaves its victims lifeless. There are 38 known species of Lamprey out of which only 18 amongst them is parasitic. 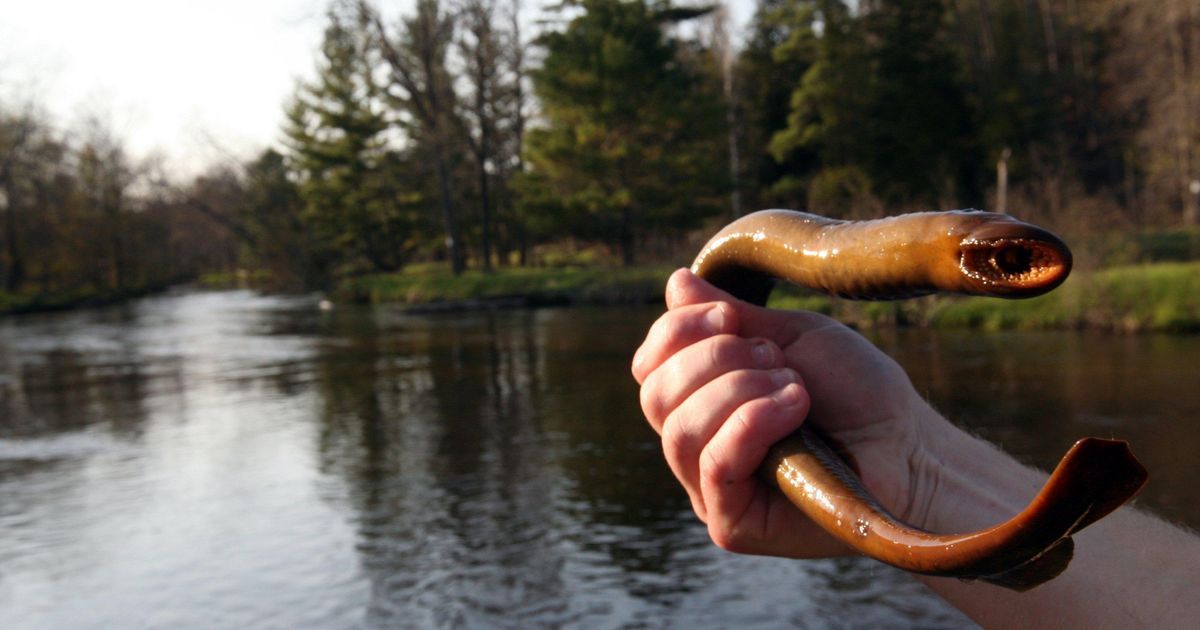 Sea Lamprey is generally found in the Northern Hemisphere. They look like a snake and have eel body with no fins. They live in the oceanic water of North Atlantic and Mediterranean sea and black sea. The largest Lamprey eel is found in South western areas of Europe. The sea Lamprey has an eel like body and they are jawless vertebrate which is formed of cartridges. 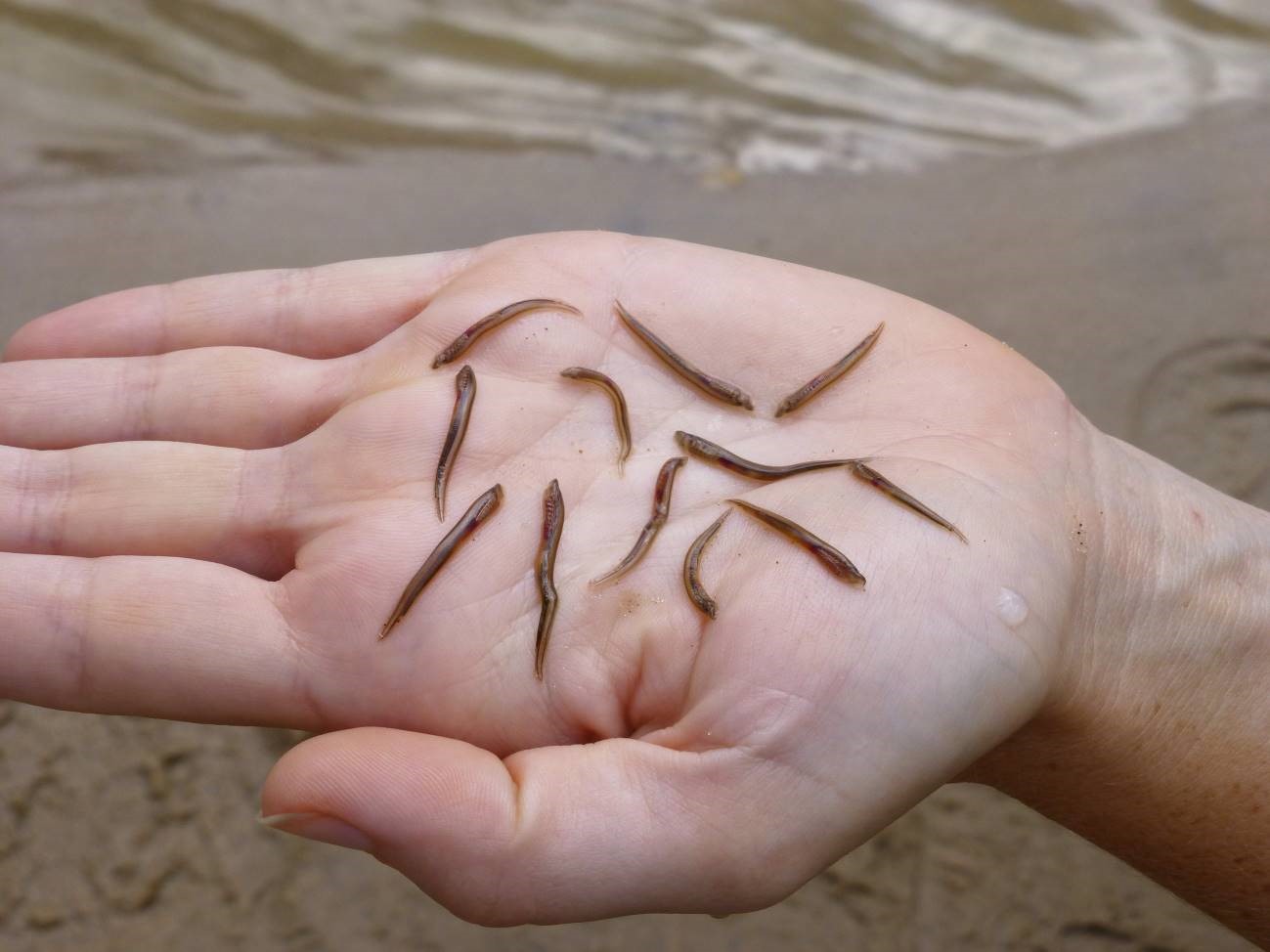 They are found in olive and brown-yellow color and  have a dorsal shape. The life cycle of Lamprey switches from sea to freshwater. The Lamprey which lives in the sea has a large tolerance towards salinities. Sea Lamprey parasite on the fish and take them as their diet. The female Lamprey lays an egg in the nest made by the male in the streams. After several years of the process, the larvae then migrate to the sea after undergoing all the metamorphic activities. These species have a long snake like wired body and also known as clever fish. They can easily escape out of wiggling from a small hole. Freshwater eels can easily smell but they cannot see. They open their jaws so as to allow water for breathing purpose. 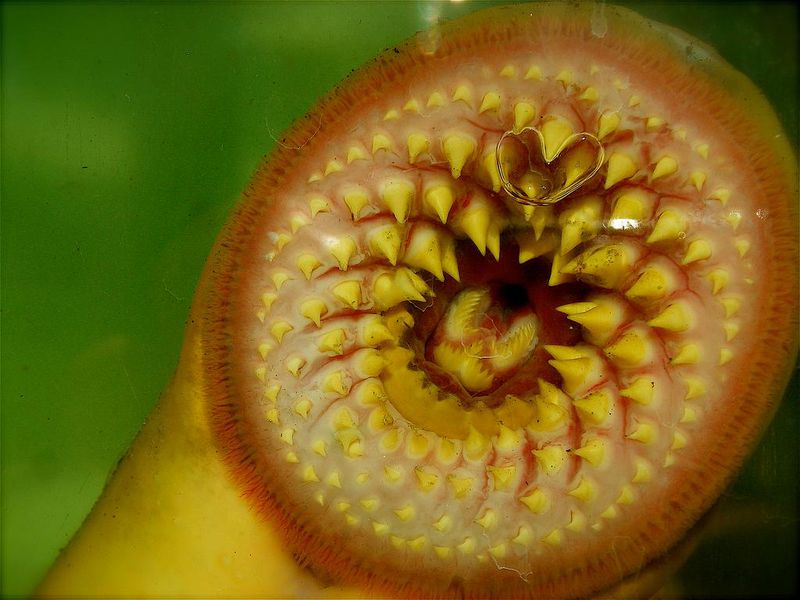 The freshwater Lamprey feed once in a day or sometimes they even feed twice in a week. They have teeth in a circular row which help them to feed its prey. The freshwater eels are active during the night and are found in holes and caves. Suck Lamprey Lamprey is not parasitic in nature. When the freshwater Lamprey becomes aggressive than they might eat the small organisms or species found in the tank. 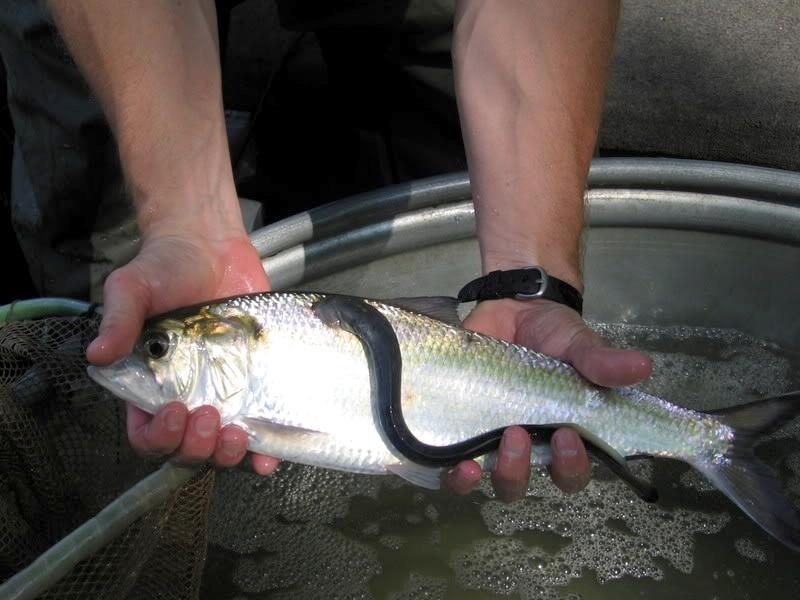 They are a carnivore species and have an  average height of the 1 to 3 feet long and there are some species which grow longer than others. Freshwater fishes are Catadromous fishes which are found in North America. They basically spawn in freshwater and then they start living in the ocean.  One of the common freshwater eels is known as European Eel. Though the species lifestyle cannot be determined. 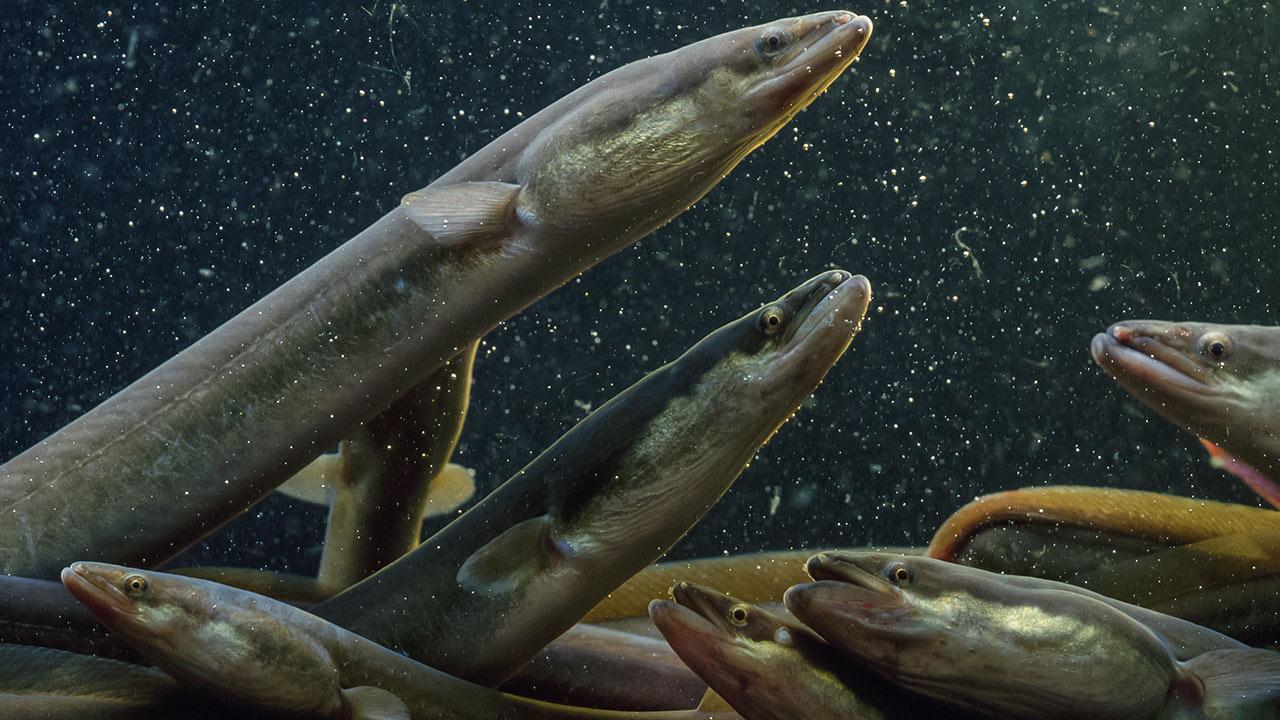 Adult Lamprey resembles with eels as in they have elongated scaleless body. The adult Lamprey has large eyes one nostrils and seven gill pores on the head. Lamprey fish is strange in appearance and looks like eels present in the water bodies.

Lamprey is eaten as a delicacy in some parts of the world such as Europe and France but is not commonly eaten in North America.

The monstrous species is harmful even to humans because of its latching and sucking nature. (1.1)

Are These Beautiful Sea Anemones Plants Or Animals?