How Many Hearts Does a Worm Have & What is Its Anatomy?

We humans have one heart and so we tend to believe that all other creatures around us even have one. But did you know that there... 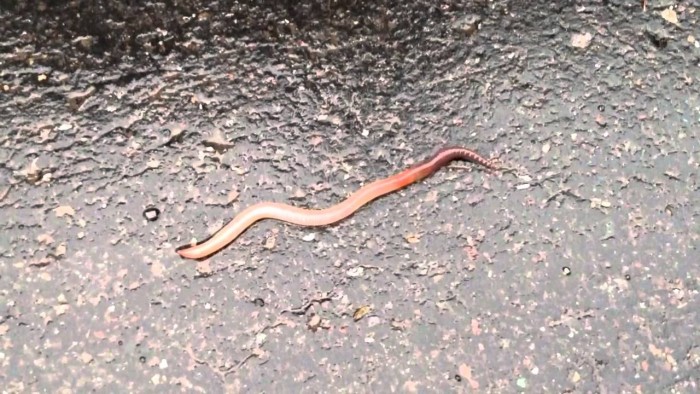 We humans have one heart and so we tend to believe that all other creatures around us even have one. But did you know that there are some creatures who have just multiple hearts or heart-like structures performing functions similar to a heart? Worm, short for earthworm, is one such creature.

Earthworms are small tube-shaped segmented worms.  Playing an important role in aerating the soil and in burying the organic matter, the earthworm creatures live under the ground in the hard soil. These unique terrestrial are invertebrates are also used as bait by anglers.

Let’s now know about the anatomy of a worm and how many hearts does it have.

A Worm Basically Has 5 Aortic Arches or Pseudohearts

Unlike mammals and reptiles, earthworms don’t have multi-chambered hearts. In place of that, the circulatory system of a worm has a series of single-chambered aortic arches which are also called pseudo hearts.

They have five aortic arches that are arranged consecutively down the center of the worms’ insides, right opposite to the esophagus. From the five hearts that worms have, one is the main heart and the other four are accessory hearts.

However, some biologists believe that these structures are indeed hearts, whereas some think that they can’t be considered true hearts.

What All Functions do Worm’s Aortic Arches Perform?

In the series of aortic arches inside the worm’s circulatory system, there are calciferous glands between the adjoining arches that are responsible for handling the excess calcium in the worm's diet.

How do These Aortic Arches Function?

The blood is pumped by aortic arches from the dorsal blood vessel through the ventral blood vessel. The blood vessels contain dissolved oxygen which the worm obtains through the surface as it crawls. The worm exchanges carbon dioxide and oxygen by the process of diffusion via its skin pores since it does not have lungs and the oxygen goes directly into its bloodstream. 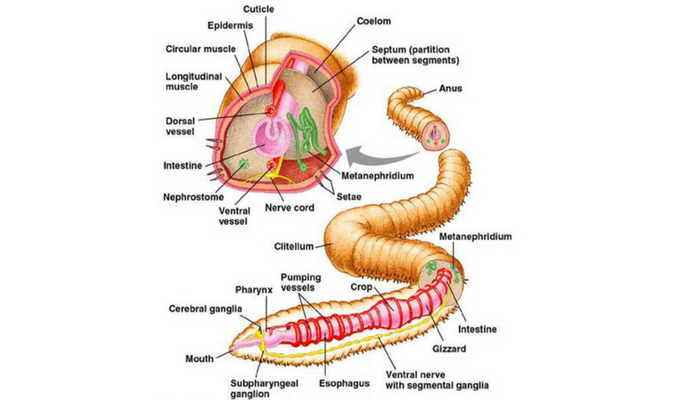 The body of a worm is composed of several segments known as ‘annuli’. The worm’s body has muscles throughout body that allow the worm to move along the surface. Also, the tiny hairs called ‘setae’ over the annuli help in the worm’s movement.

Worms don’t have eyes, ears, or nose so they’re unable to see, hear or smell. However, they do have light-sensitive cells on their bodies which help them in detecting harmful light conditions.

UV rays are so harmful to the worms that they can even kill them. That’s why they stay below the surface of the ground most of the time. Due to high sensitivity to motion, they can sense approaching rain and other creatures which could be a potential danger to them.

Earthworm or worm, in short, is a terrestrial creature with multiple hearts. So how many hearts does a worm have? Find it out & know what its anatomy is like.

Warning! The ocean is Scary – These Pictures Would Make You Scream Loud