10 Weirdest Things You Should Know About Hairless Mole Rat

Named ‘Vertebrate of The Year’ for 2013 by the ‘Science’ journal, naked mole rats are the pretty weird yet amazing mammals with some remarkable physical traits that are rare to find in other animal species.

Naked mole-rat, also known as sand puppy and desert mole rat, is a weird-looking rodent native to East Africa. They belong to the highest classification of sociality known as ‘eusociality’. Its highly unusually unique and extraordinary traits enable it to thrive in a harsh underground environment. Because of these traits, the journal Science named the naked mole-rat "Vertebrate of the Year" for 2013

Here are some weirdest things you should know about hairless mole-rat.

1. They Can Hold Their Breath for 18 Minutes

The naked mole rats have the ability to survive without oxygen for 18 minutes. As the researchers found, the bodies of desert mole rats can use fructose in its anaerobic glycolysis for fuelling vital organs such as the heart and brain when there’s no oxygen. In the air containing 5% oxygen, they can survive for at least 5 hours without showing any significant signs of distress and carries out their regular activities. And it can live in an atmosphere of 80% carbon dioxide and 20% oxygen.

2. They Aren't Completely Bald & Have Around 100 Fine Hairs on Their Body

The absence of hair or fur on naked mole rat’s bodies makes them look pink and wrinkled. They have little hair on their bodies, somewhere about 100 fine hairs. This also prevents them from becoming host to parasites like bad fleas. Their skin lacks an insulating layer.

3. They Have Remarkable Resistance to Cancer

Back in 2013, the scientists at the University of Rochester found out that naked mole rats are not vulnerable to cancer and that’s because they have extremely high-molecular-mass hyaluronan" (HMW-HA) which is a natural sugary substance. HMW_HA is more than 5 times larger in cancer-susceptible lab animals and cancer-prone humans.

4. They Are Almost Blind, But That Doesn’t Bother Them

The visual acuity of naked moles is very poor, making them almost blind. However, this doesn’t affect them much as they dwell in dark burrows so they wouldn’t be able to see anyway. They are able to sense the world through touch and smell, though.

5. They Are the Only Mammalian Thermoconformers 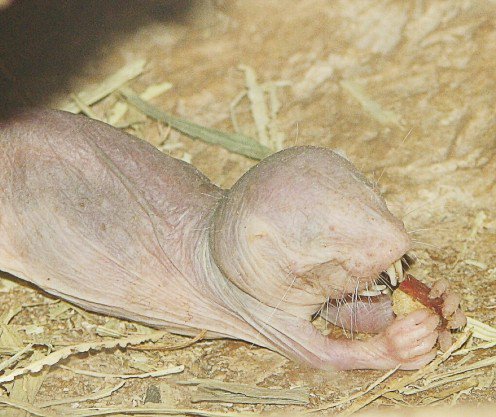 6. They Have Extraordinary Longevity for a Rodent

The record-holding rodents are the longest living rodents that live more than 6 times than other rodents. With an unusually long life span of 30 years, increased DNA repair facilitates and resistance to oxidative stress greater longevity in them.

7. Unlike Most Mammals, They Lack Sensitivity to Feel Pain 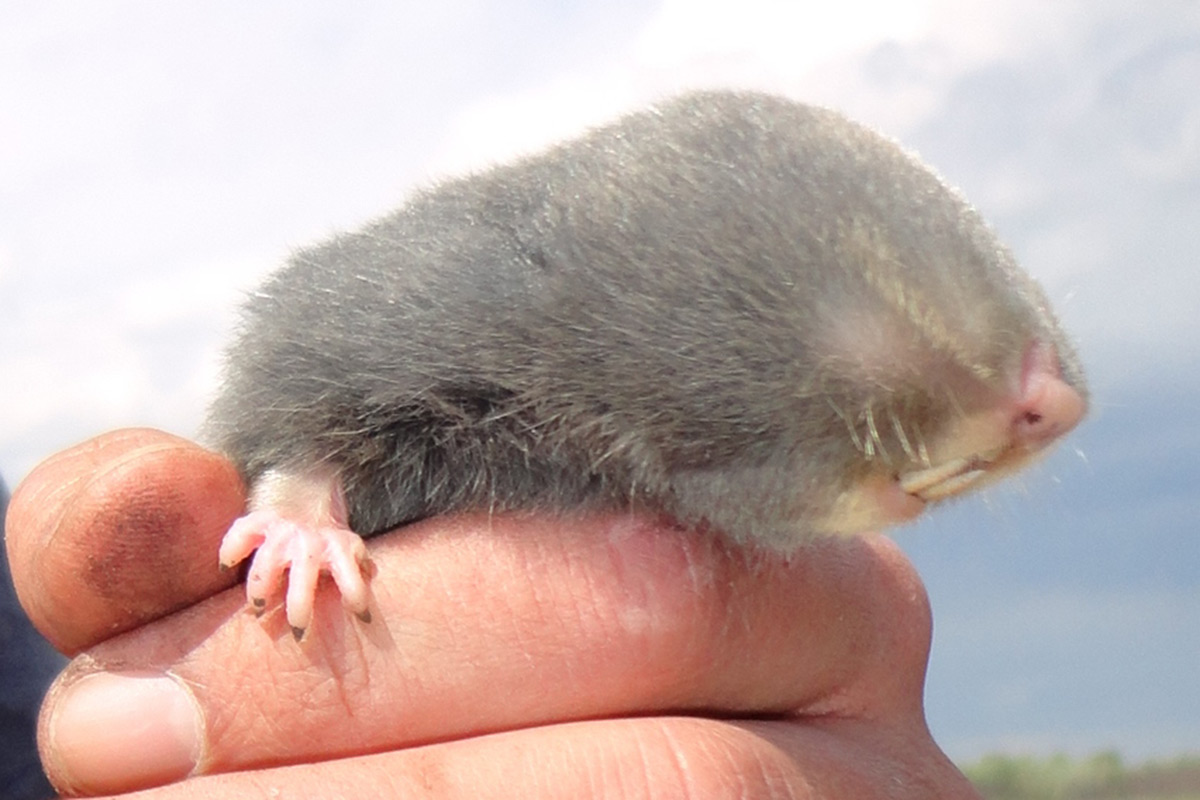 The naked mole rat’s skin lacks a crucial neurotransmitter called substance P which sends pain signals to the central nervous system (CNS) in most mammals. when exposed to acid or capsaicin, they don’t feel any pain.

8.  Their Mortality Rates Don’t Increase as They Age

9. They Have Ribosomes That Produce Pretty Perfect Proteins

The research team at the University of Rochester discovered in a study that the naked mole rats have ribosomes that produce extremely error-free proteins.

10. They are the First Mammals Discovered to be Exhibiting Eusociality

A naked mole-rat happens to be the first mammal that exhibits eusociality. This eusocial structure has a resemblance to that found in termites, ants, and some bees and wasps. Only one female (the queen) and one to three males reproduce, whereas the other members of the colony act as workers.

Creepy and weird they may look, naked mole rats sure have some invincible physical traits that could play a pivotal role in scientific research.

This Tinder Like Dog Borrowing App Will Cure Your Loneliness