This Gigantic Wild Boar Was Spotted Digging Through Bins !! And It’s Shockingly Massive In Size (Footage)

A video of monstrous wild boar has gone viral on Facebook. Along with a herd of smaller pigs, the boar is seen rummaging through dumpsters on its hind legs outside a primary school of Hong Kong. 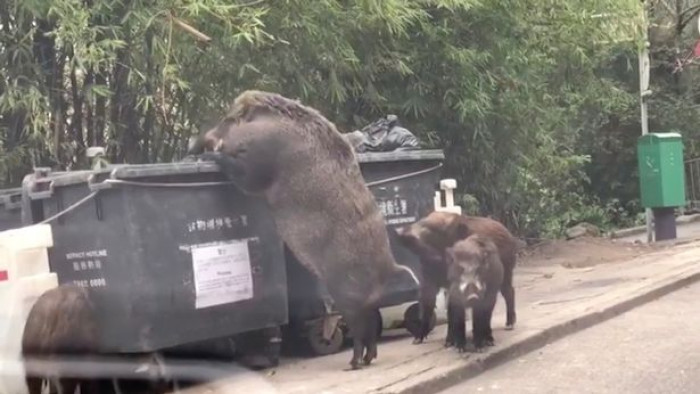 A supersized boar and his bunch of babies were spotted rummaging through the dumpsters  on its hind legs outside a local primary school in Hong Kong. And of course, it has left the parents infuriated. In a video that has gone viral on Facebook, The Great Boar Debate of 2018 is said to have been sparked by this by people who care about these issues, dubbing it as ‘BoarGate’.

In the video, this giant boar is seen standing on the trotters as it scrambles and eats food directly from bin along with a herd of smaller pigs. The video uploaded on 6 Feb has been shared over 4,600 times and more than 302,000 people have viewed it.

A lot of online observers were shocked to see the pig’s huge size. While one user dubbed it as ‘pigzilla’, the others expressed concerns for nearby students of the primary school.

A person named Misaki Ceci expressed his concern about the pig's proximity to the school and commented,

“The Wild Pig is in front of the left school. I'm careful with Hyung-Hyung's primary school, and I've got a wild boar.”

Several people thought that the pig, who appears to be pretty happy left to his own devices, was savage. But most of the animal-loving members of Facebook showed sympathy for the noticeably hungry boar. 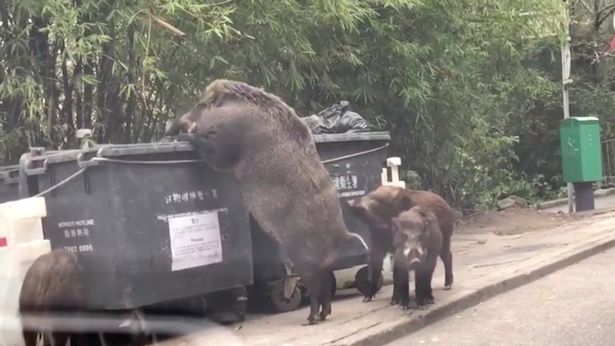 “It's so hungry, and the wild boar has the right to live and freedom. He is only hungry.”

The Hong Kong Free Press reported that the wild pigs belong to Hong Kong but since their habitat got quashed by urbanisation, they hold a bad reputation locally for being predictable, damaging crops and scrambling garbage.

Led by surveyor and animal rights activist Roni Wong, a team of six locals are getting involved in the matter to in order to challenge public misconceptions about the largest wild animal of the city. Wong is the founder of the Wild Boar Concern Group in 2013 along with his friend. They laid its foundation after stumbling across a citizen-led wild boar hunting team in Tai Wai. They stepped in and prevented the wild boar’s killing.

“Wild boars have been demonised by hunters, local media and people who misunderstand them. In fact, if you don’t provoke them, they will not attack you. They are actually afraid of people.”

The group is in favor of the coexistence with wild pigs. It suggests that several cases of human-wildlife conflict can be thwarted, such as by removal of food sources near the dwellings. 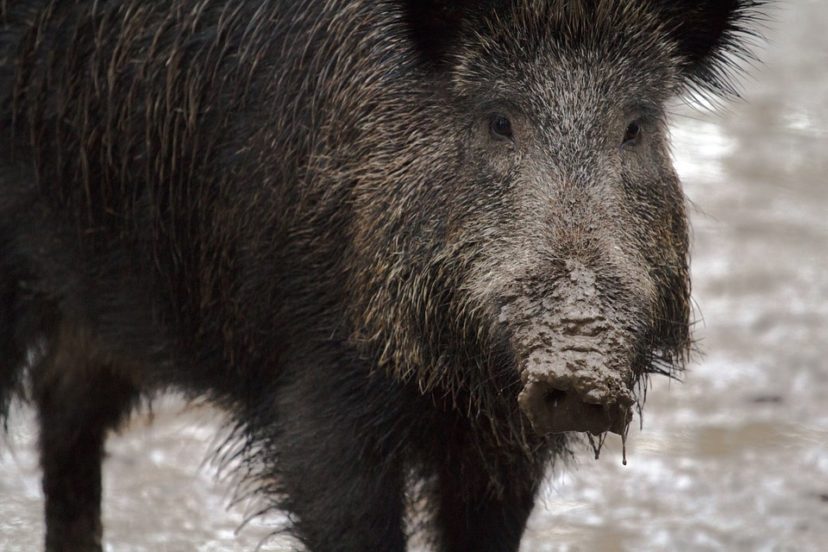 As reported to UNILAD, the Director of PETA UK Elisa Allen said,

“Wild animals face ever-increasing danger as human activities encroach on their natural habitats – that's why this enterprising boar has been forced to resort to scavenging for food in rubbish bins in order to survive.

Animals in Hong Kong and elsewhere are under immense pressure as a result of shifting landscapes, road building, and other developments. We need to focus on responsible town planning and effective, non-lethal methods for keeping wild animals away from urban centres.

Otherwise, they'll continue to find themselves in situations that endanger themselves or others – through no fault of their own.”

Deforestation and development of natural habitat has led boars to forage for food in the suburbs of Hong Kong.

As seen in villages, a quite common course of action is building the enclosures around garbage bins. Adding to that, the locals are however not welcoming towards these creatures.

‘Paws’ The Cat Broke A World Record Just Like Humans