Apart from holding the title of fastest shark in the world, Mako carries so many additional and unique features in it. Isn’t it thrilling to unlock those remarkable facts? 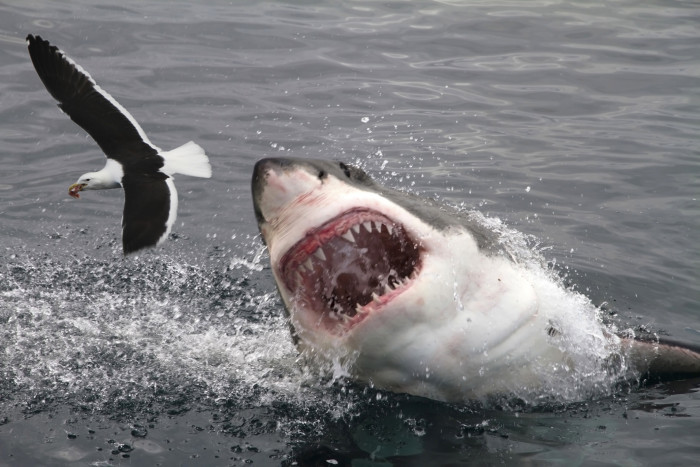 It’s no secret that one of the most beautiful and colorful sea creatures found in all the world oceans. No wonder, those beautiful and awe-inspiring water landscapes and aquatic species are enhancing the beauty of nature. But, we can’t ignore the fact that these beautiful water bodies also holds some scariest creatures which are actually predators.

And one of them is Mako Sharks! It is also called the Blue Pointer Sharks or Bonito Sharks and also “Isurus” in the scientific community. Today, there are only two living species of Mako and they are called the Longfin Makos and the Shortfin Makos.

Longfin is the one of the largest shark with a length of about 4.5 meters (14 fit) and weighs in around 170 kilograms (375 pounds) while on the other hand Shortfin sharks are usually about half this size and weight. However, Mako Sharks are extremely different species of shark that have exceptional biological and behavioral characteristics. SO, why wait? Let’s find out interesting facts about them:

1) Mako Shark! The Fastest In The World 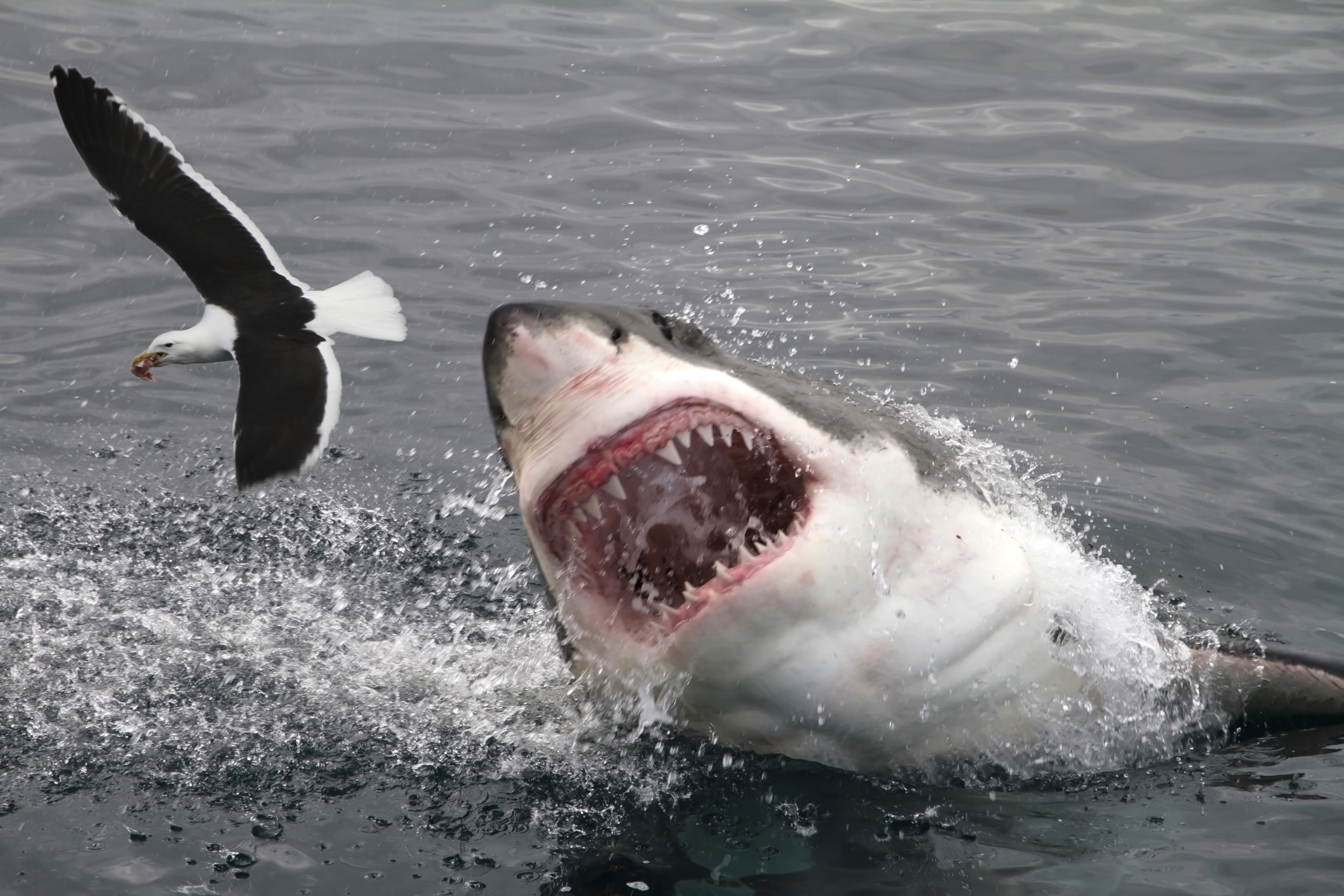 Certainly, any large aquatic creature like Mako Shark can be very hazardous when encountered. It’s no secret that their breathtaking speed and evil looks make them lethal predators. Mako Shark has the huge body and length around 14 fits with long sharp evil teeth, can promptly catch any of its target, thanks to their speed. They are very aggressive in nature and have also been known to attack boats and human. Sounds frightening. 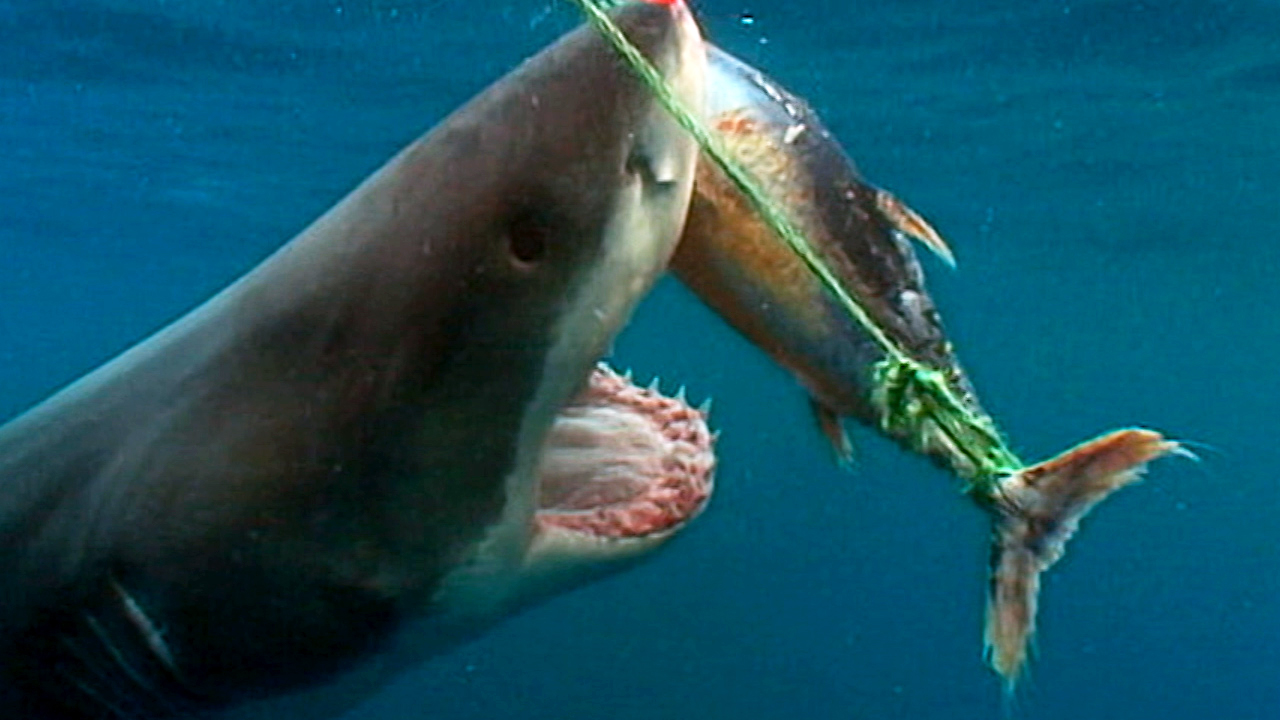 Mako Sharks are pretty aggressive when it comes to their food. They know how to hunt aggressively and use their speed to overtake slow-moving aquatic creatures. Their general diet includes seals, squid, octopuses, sea turtles and a small shark. But, few researchers revealed that the favorite meal of Mako shark is Swordfish. They are considered as foddy species which means that they will eat large amounts of food on daily basis. 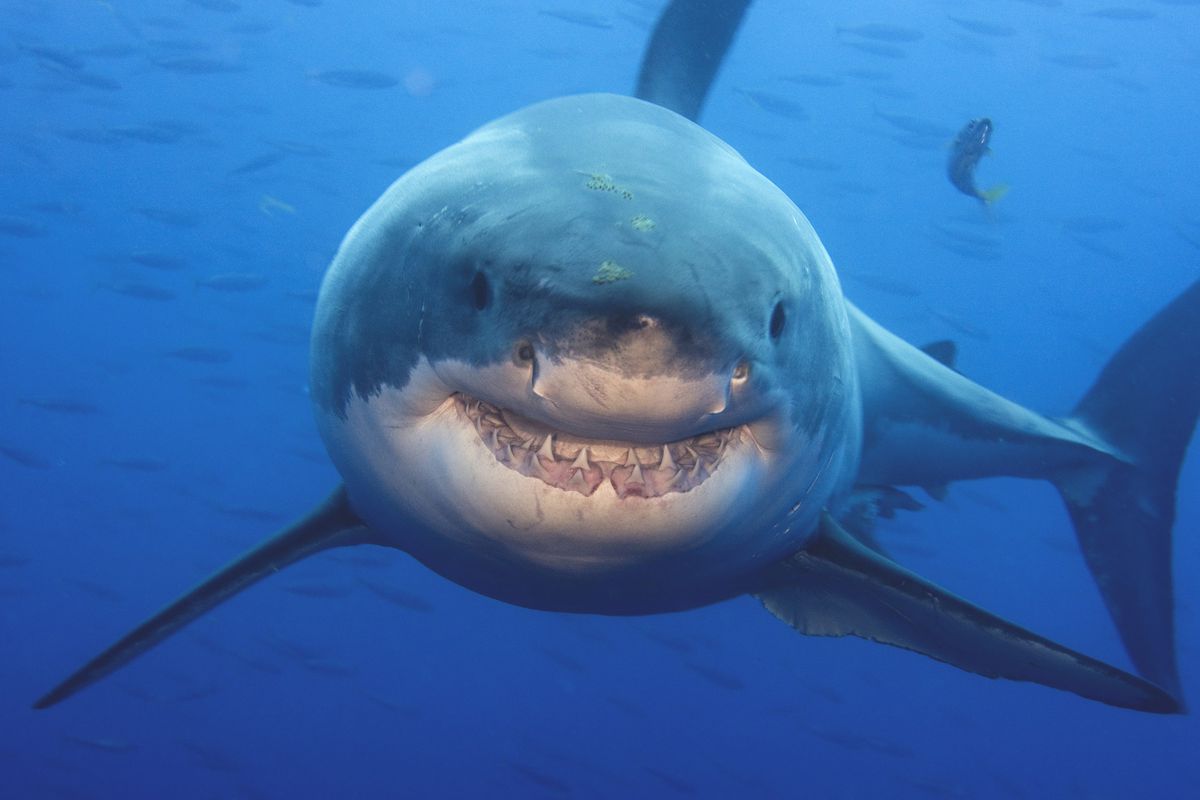 This is really shocking, Mako Sharks have not only the fastest body but also have the largest brain as compared to other sharks. Unlike other sharks, Moko has quite impressive logical skills which they used to flaunt while hunting. Their brain capacity is also truly remarkable that’s why they hardly get failed in catching their food. They quite depend on smell, sounds, and vision in order to proceed, also they can promptly recognize if any human or animal is a threat to them.

5) They are Warm Blooded 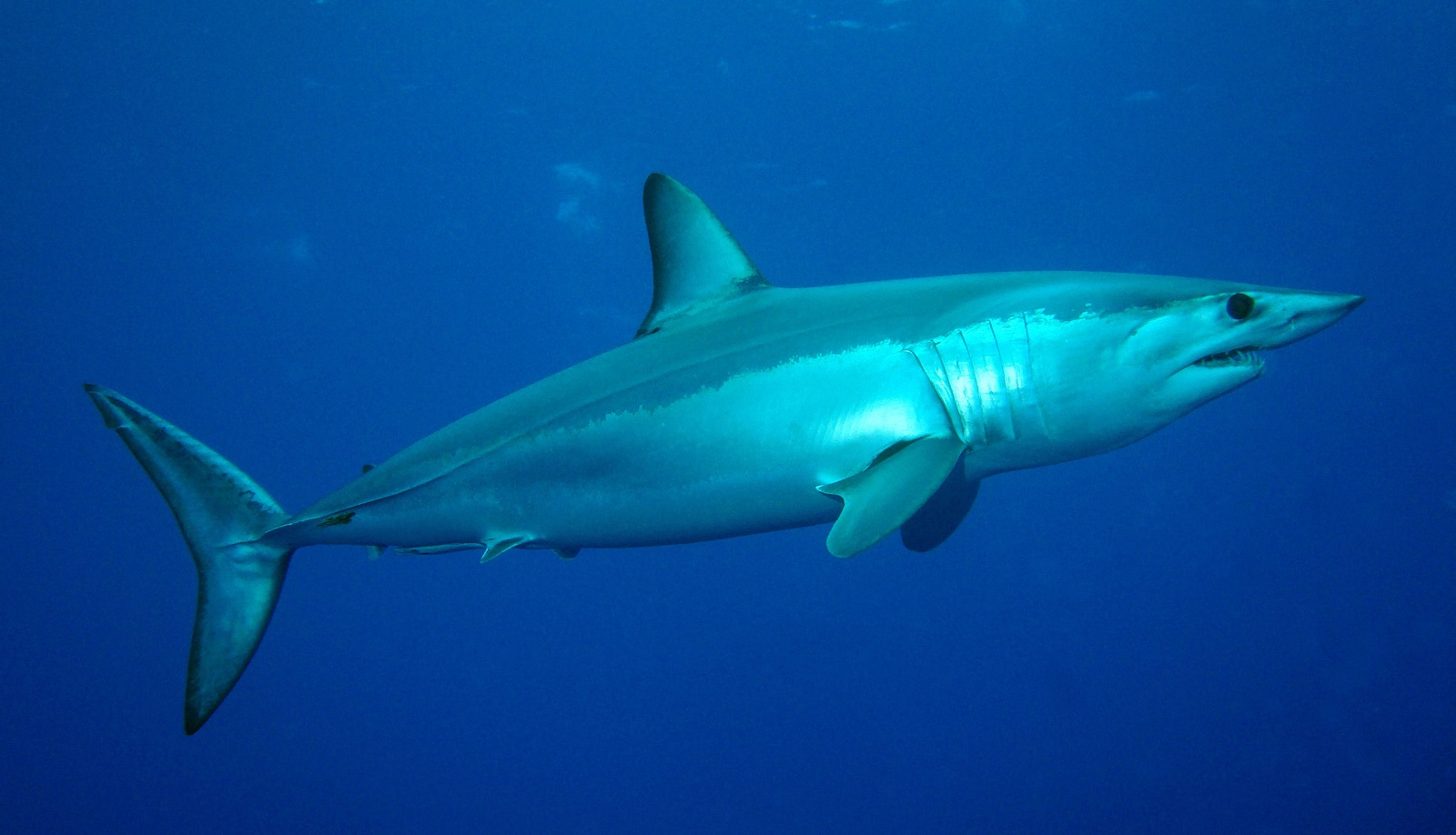 Scientists have discovered that the Mako Sharks are warm-blooded. They are one of the species of endothermic sharks having strong muscles and are more efficient. Well, we also discuss that Moka Shark is quite aggressive in nature maybe because they are warm-blooded. Although Mako Sharks is pretty dangerous for other aquatic creatures and human they are also unlucky enough to be used as a meal of humans. They are one of that sharks that are commercially used for their meat.  They are really fun to catch but, once they caught they had been used for commercial purpose.

7) The Gestation Period of Mako Shark 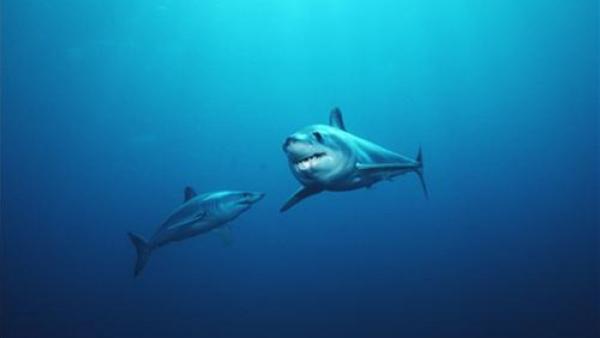 Although, there isn’t any actual information about Moka’s mating period; when this species of shark reaches the age of sexual maturity. Mako sharks are ovoviviparous, which means that they used to give birth to a young baby around 28-29 inches. Initially, the Moka keeps the eggs inside her body until it gets fully developed and then hatch. The whole gestation period – the time it takes for the eggs to develop into pups – takes 15 to 18 months. That’s quite long, so after giving birth, the female takes about as long to rest before mating and becoming pregnant again, resulting in a rather low reproductive rate. 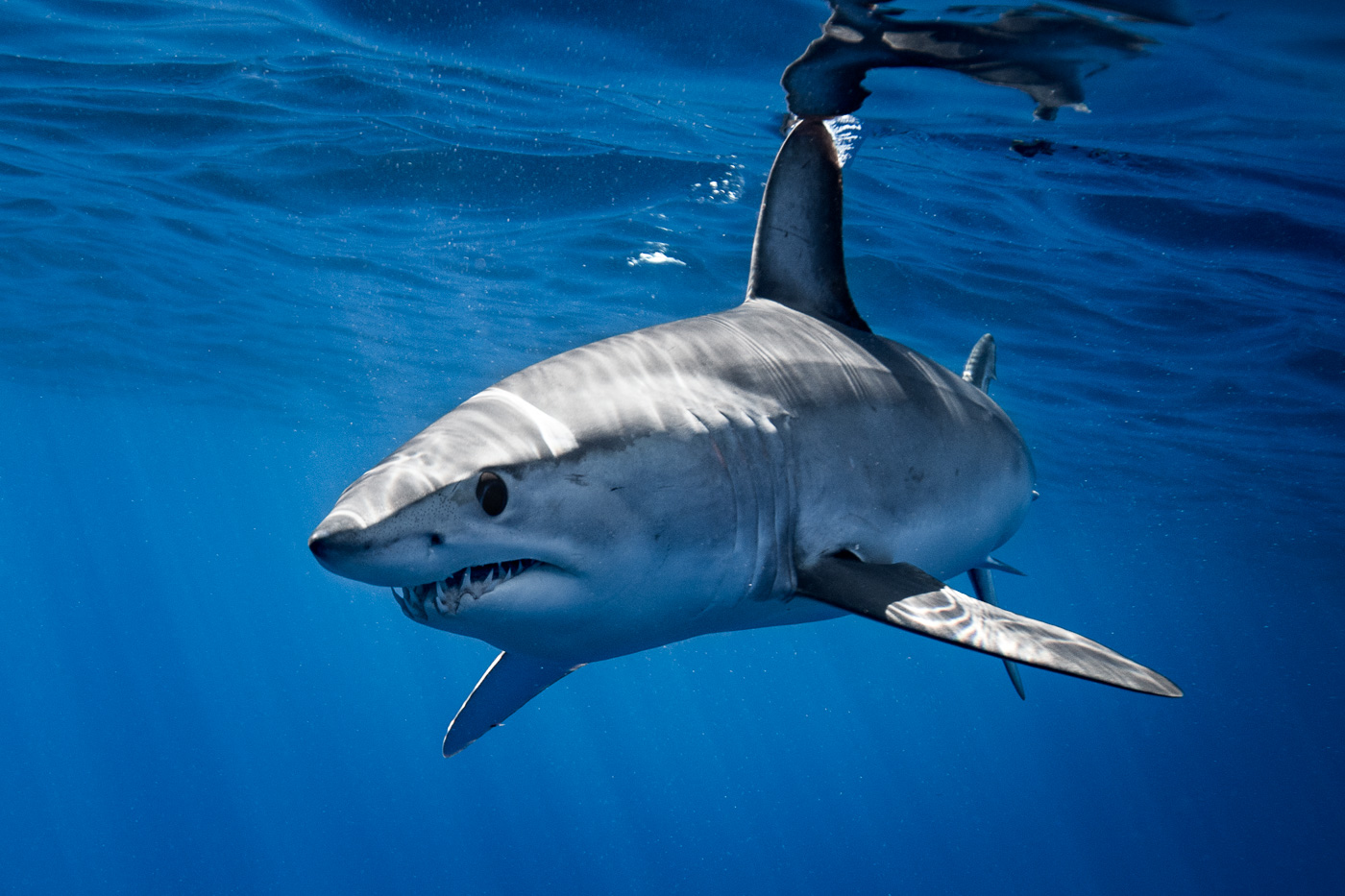 It is the most common point to address allied to sharks. Can Moka shark survive without swimming? Do Mako sharks need to swim constantly to drowning? Well, this is actually true, but not completely. True because Mako Sharks are “obligate ram ventilators” which means they breathe oxygen from the water washing over their gills. So, if in case they stopped swimming they can die. Well, the full truth is not revealed yet.

9) Moka is Actually Derived from Maori 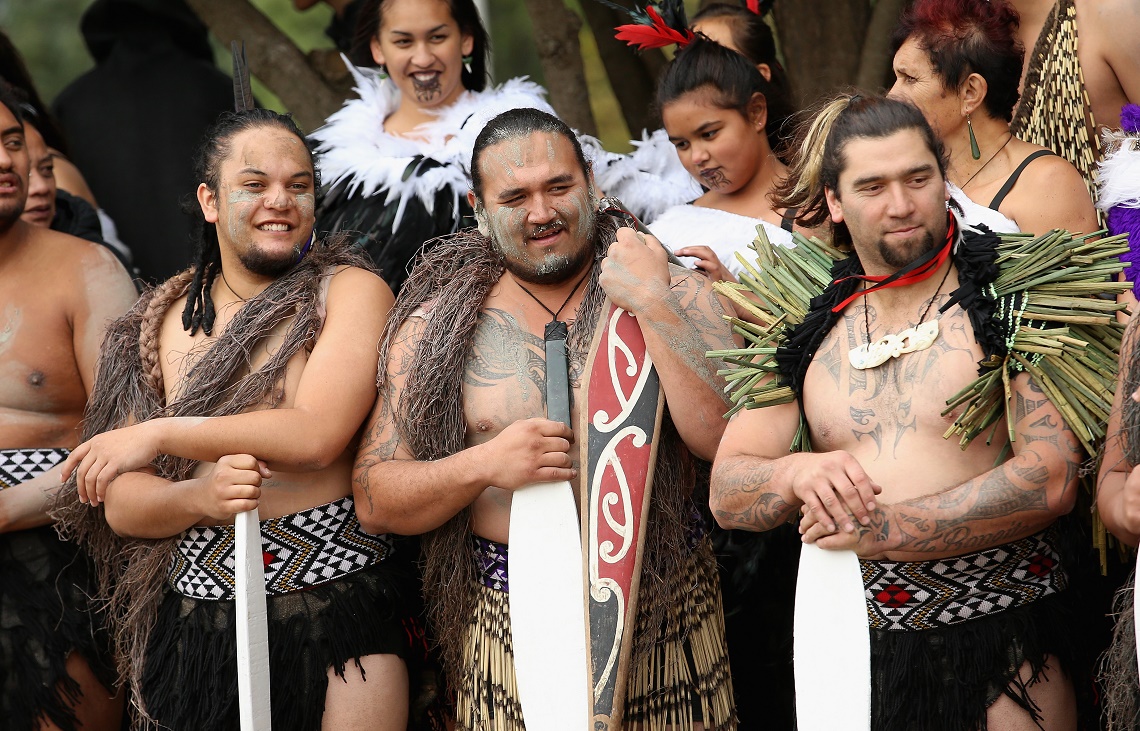 You might be wondering why the name Mako? Where this name came from? Well, Mako actually comes from the community of Maori, the indigenous people of New Zealand. They used to consider the mako sharks as their guardian spirit and also their teeth were quite expensive worn by the superior warriors. The Maori tends to use the liver oil of mako shark in order to paint their bodies.

10) They Likes to Jump out of the water 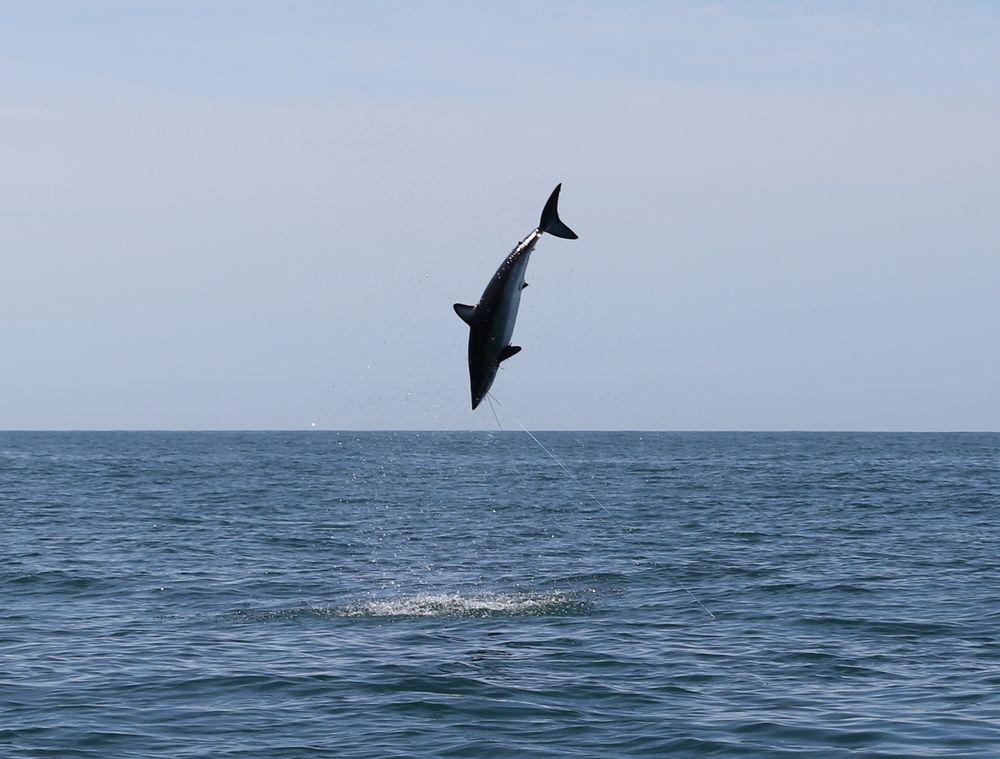 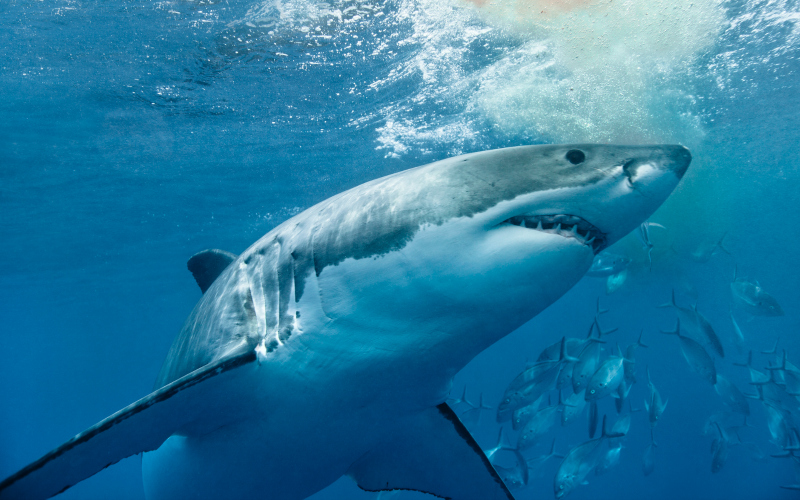 It is quite interesting to know that, Mako sharks belong to the Lamnidae family, which is also the same family that the great white shark belongs to. They are known as cousins. Mako tends to look like a smaller version of the Great White Shark Although, we can easily identify both the shark due to their size and strange teeth. Well, they both are warm-blooded due to which they both are really active and known as good hunters.

Exploring about any aquatic creature like Moka Shark is almost like an adventurous trip. Its speed, warm-blooded, frightening hunting skills and aggressive behavior are quite enough to justify how much horrific and dangerous it is.

8 of the Most Abused & Mistreated Dog Breeds in the World