For all dog lovers it's time to rejoice as we have brought to you some amazing surprising facts about the Australian Shepherd. 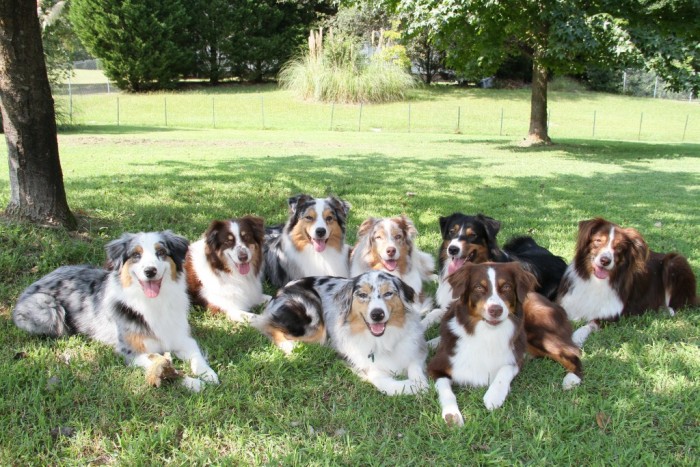 Australian Shepherd is a cute, fluffy, exuberant and the most popular dog with short legs and stumpy tail. These dog loves to jump, run as they are blessed with the great amount of stamina. They have a lot of energy and thus they are said to be work oriented. They make both animals and human beings as their companions.

It's hard to ignore the Australian Shepherd when you see it prancing along the street. They are found to be in a variety of colors such as blue merle, red merle, red and black. They are very agile and therefore win in the pet sports such as Frisbee and flyball.

There are lots and lots of facts which need to be discovered. Here are some of the riveting 20 facts about the Australian Shepherd: 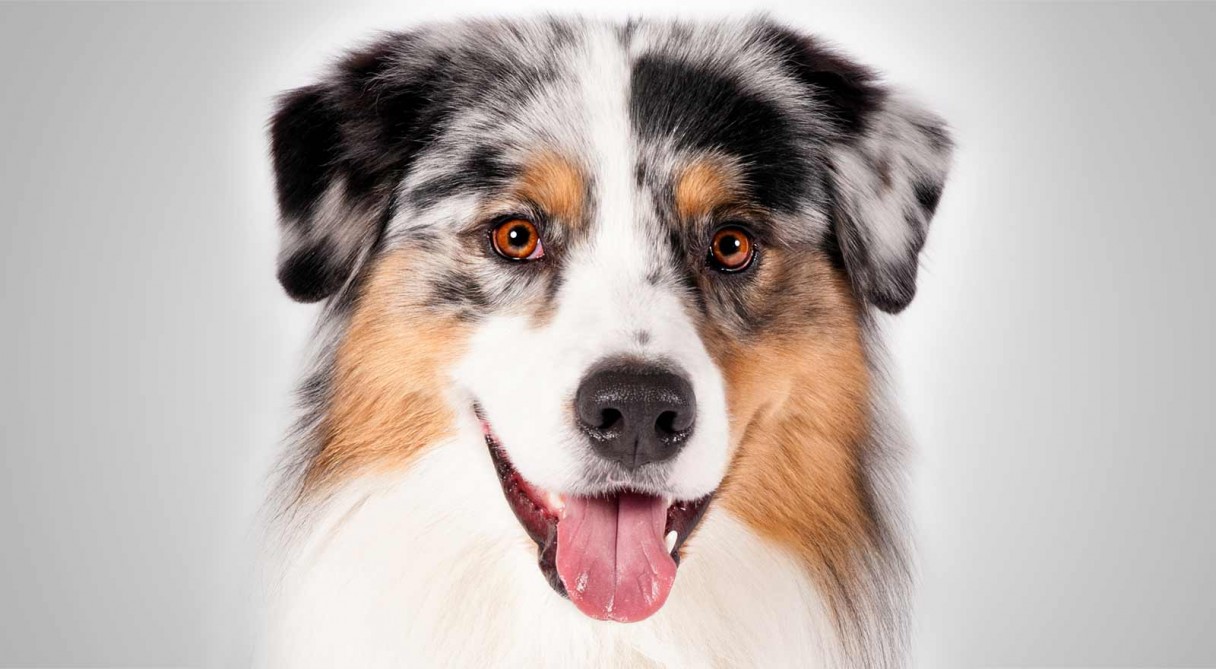 The history of Australian Shepherd is mythical but one thing which is sure is that it does not belong to Australia. The native land of this species is Basque region of Pyrenees Mountain according to some experts while the other says that the dog species belongs to the United States of America. 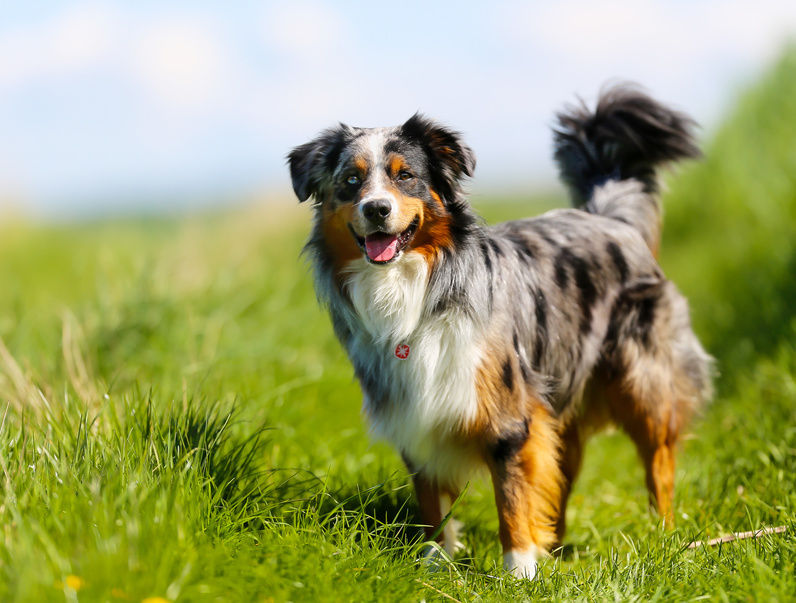 If you consider yourself as lazy, then you might think of bringing a dog which is active then this would be the right choice for you.

The Australian Shepherd is highly active, intelligent and energetic dog. If they are left for some time idle they cannot still stand for a while at one place. They like to move outside many times otherwise they would not like much to be in a cage like home. 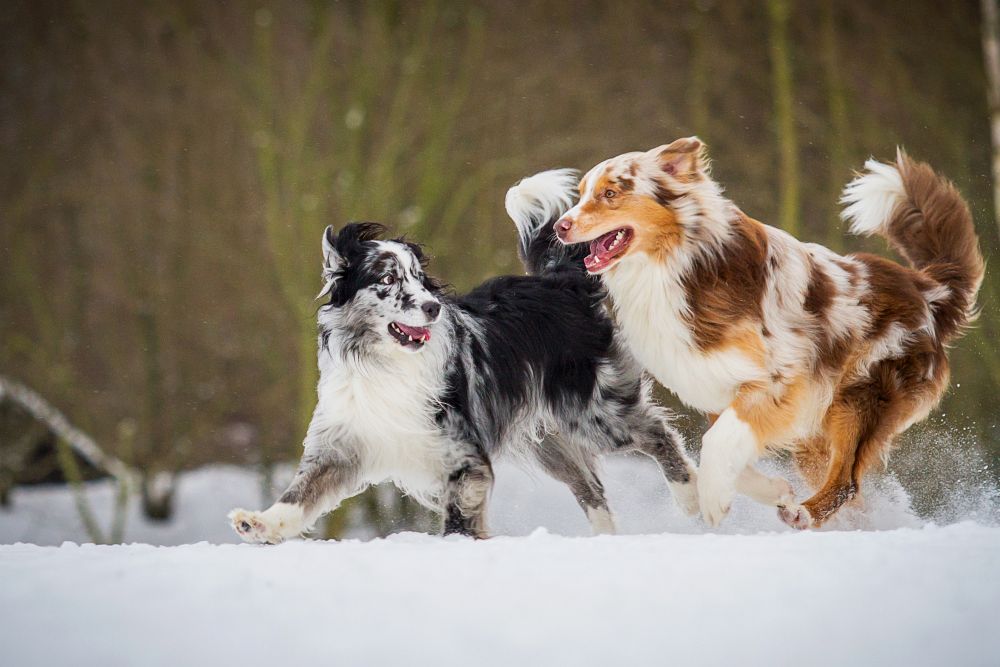 If there is a possibility that even animals can take part in the Olympic Games than you would be shocked to find that Australian Shepherd is considered to be a strong contender. As they can leap high, jump in the air, catch Frisbee and other objects were thrown in their way. They are a good dog breed to serve as a therapy. 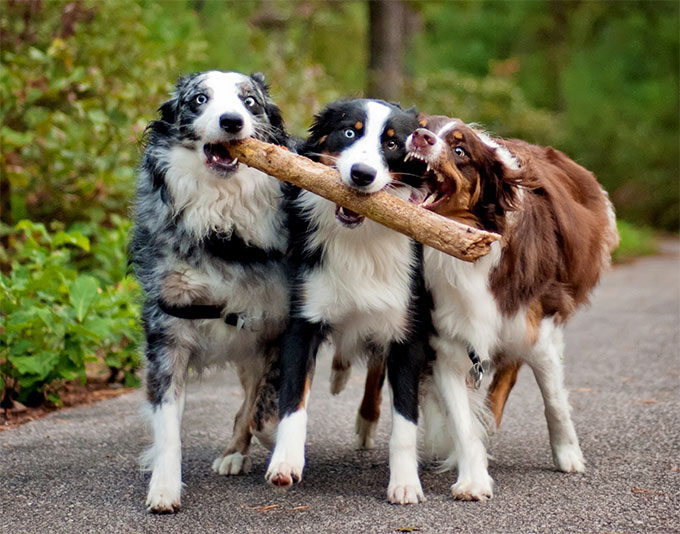 The dog is one of the species which is mostly seen as pets in many homes with respect to other animals like cats, parrot, rabbits etc. The Australian Shepherd is the most adorable and as a fabulous appearance and has a magnetic persona that can be distinguished from quirky dogs. The groomed coat of the dog is an attraction for the owners. The Australian Shepherd is available in a variety of colors.

5) They often have no tails 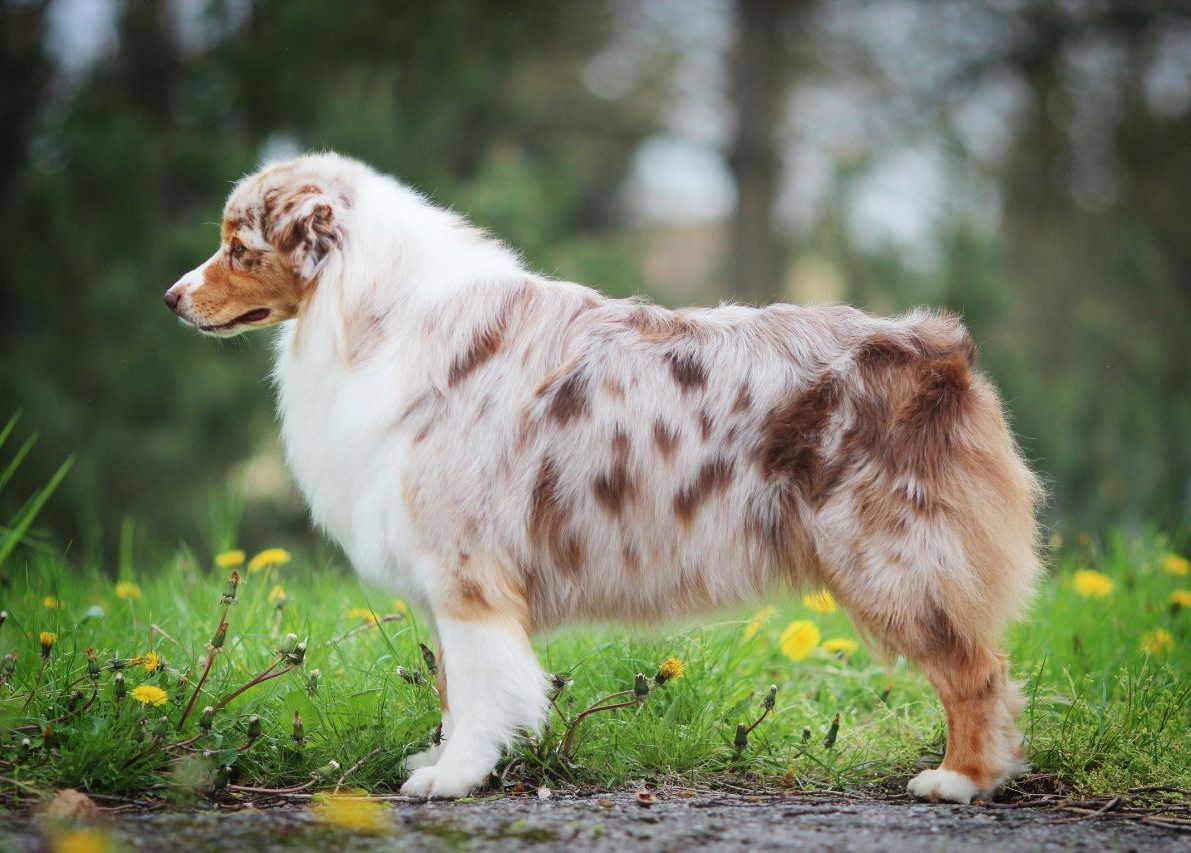 When the dogs were busy in herding than the long ears and stubby tails could come in between which would make it difficult and cause an injury. So to avoid injury the workers cut their tails. Even there is species which have bobbed tail which is naturally docked. 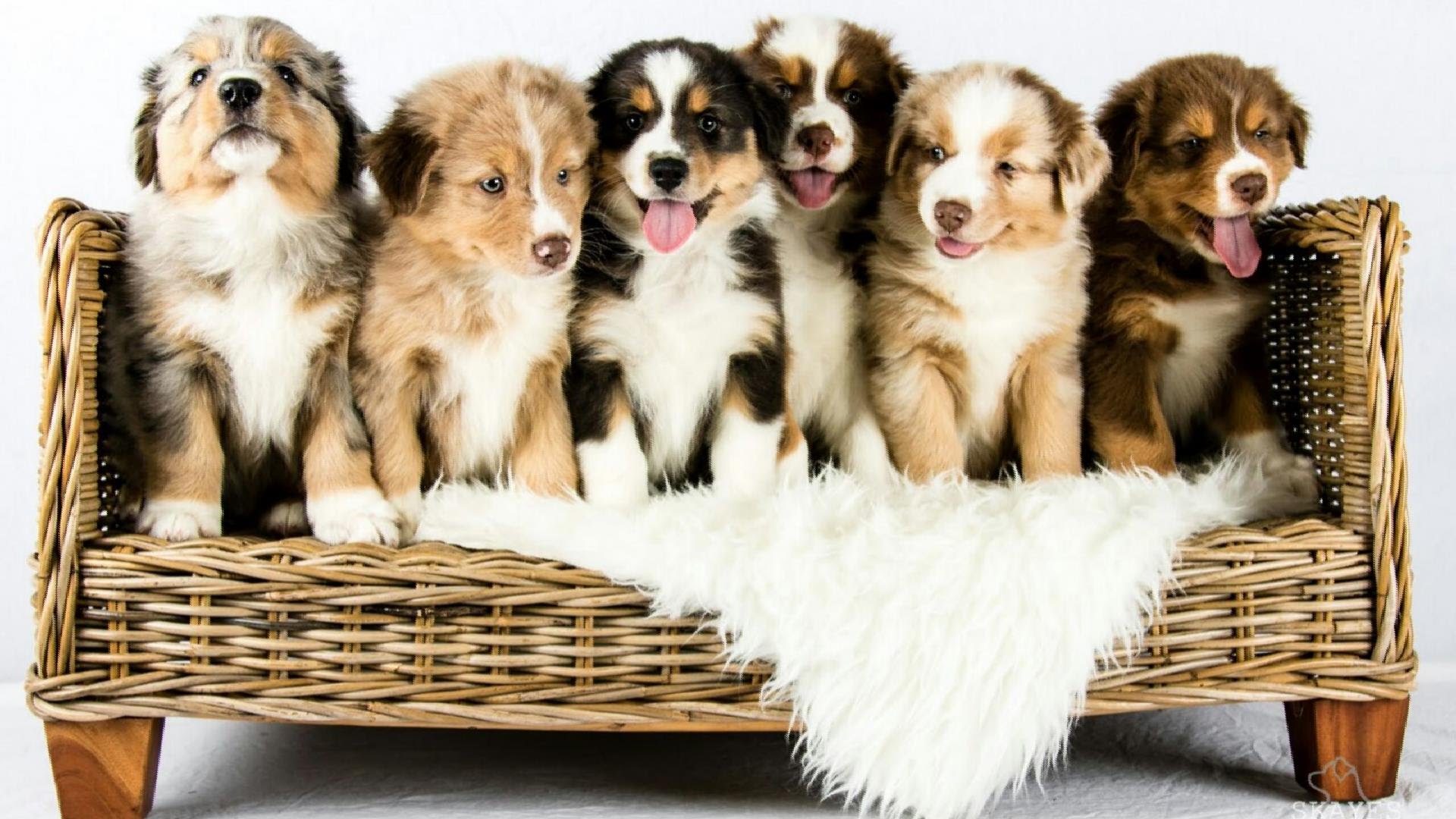 This species is very popular in the United States of America and is considered to be the 18th most popular breed in the country according to AKC. This puts them ahead of the Pomeranians and Cavalier King Charles spaniels.

7) They may herd children or anything that moves 8) Can put their brains to good use 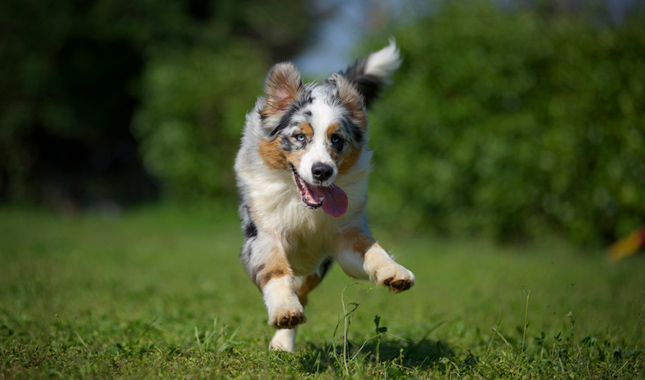 When it comes to doing things the shepherd are the ones who can be put to work. They have a great focus and can easily make out decisions. They have a large concentration and are quick learners. They excel in whatever things they do so it's better to put their sharp mind in some work.

9) Be aware of Australian Shepherd in breeding 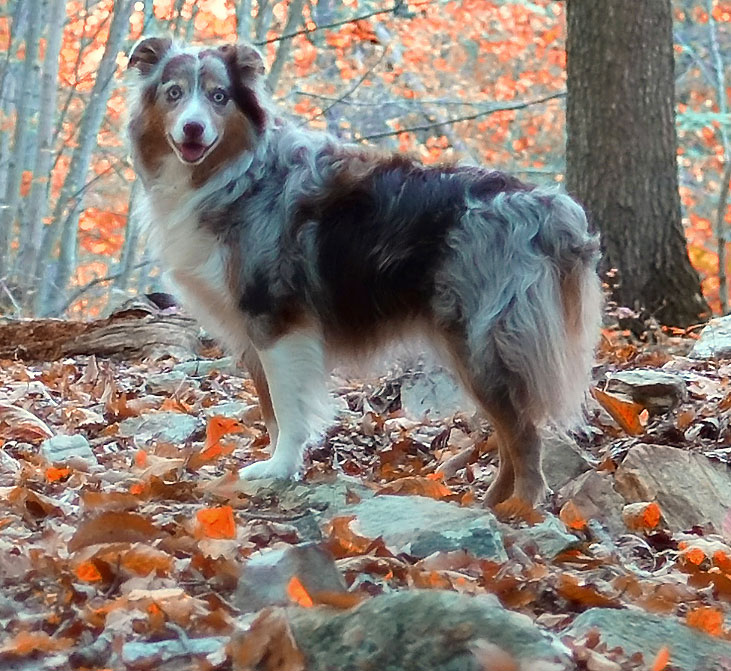 Sometimes the dog can breed incorrectly. For instance, two Australian Shepherd with Merle coat can give birth to a puppy with the double merle coat resulting in shark white coat. It may look good in appearance but this kind of species have hearing defects and microphthalmia. 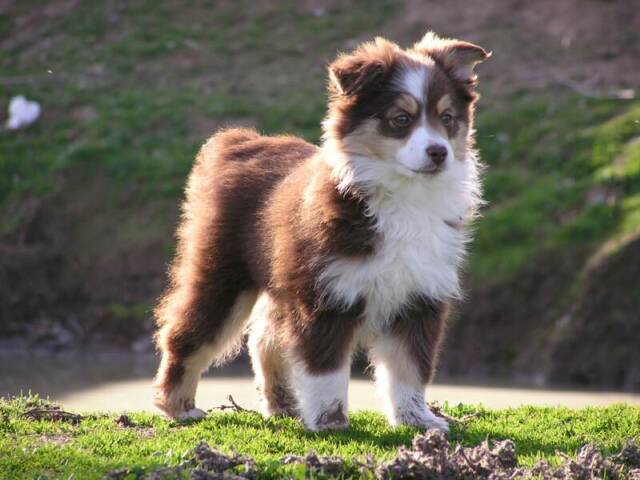 The miniature Shepherd is as smart as the large ones. They only differ in the energy level and potential. In comparison to the larger ones it has little less potential and thus is good for city dwellers. But you still will have to make sure that the needs of the Miniature Australian Shepherd are met. 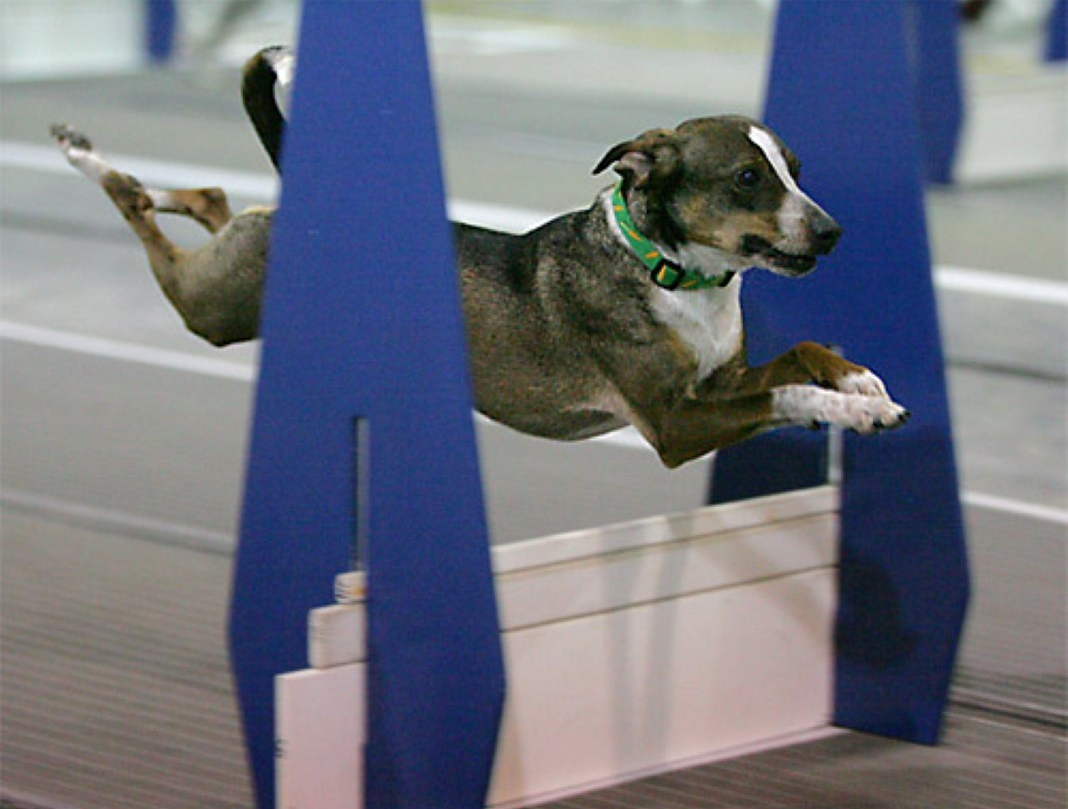 The one of the most famous Australian Shepherd is Hyper Hank. It is owned and trained by Eldon McIntire. The dog and the man will perform their Frisbee routine in front of the fans as well as the large crowd and gained fame and attention. So they even started performing in the national TV shows. 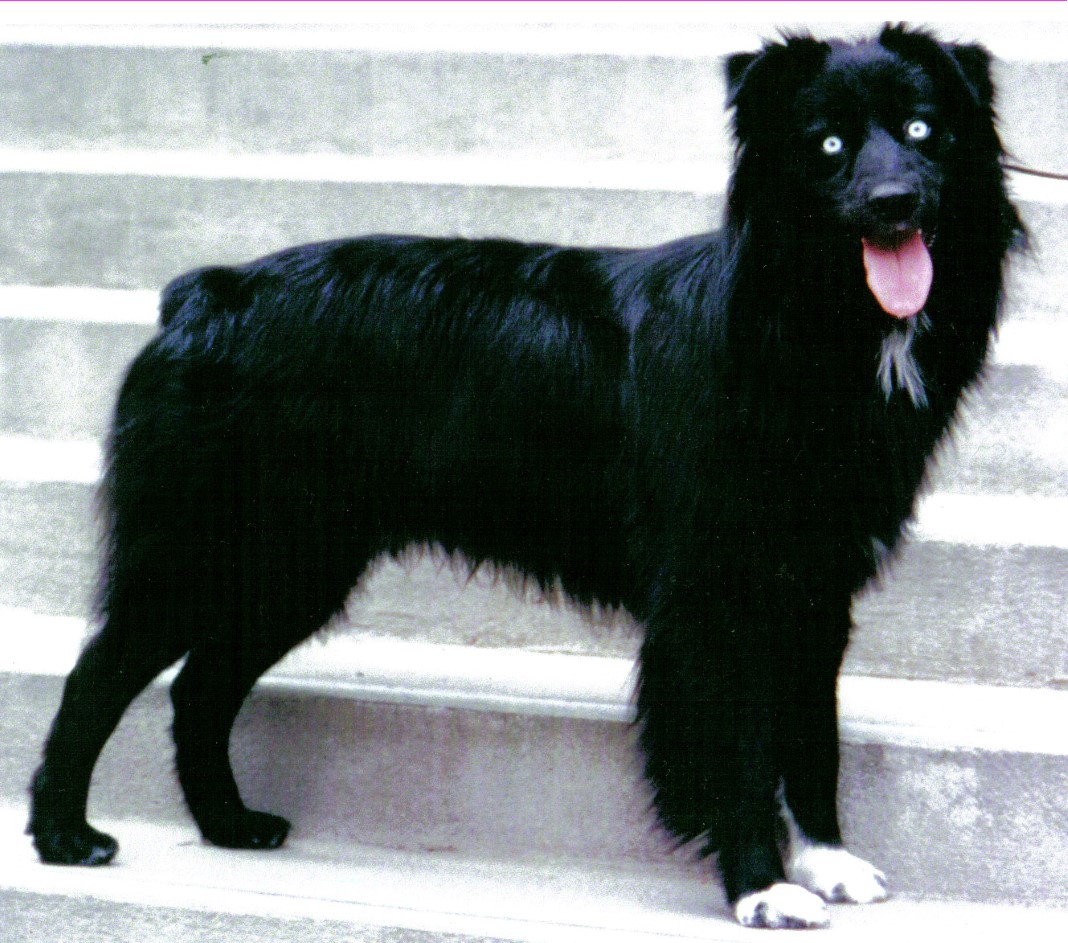 Some tribes say that the Australian Shepherd looks like a ghost because they have blue scary eyes which fierce the normal people and tribe. This feature attracts a lot of people at least to the Native Americans but other people find it horrendous as if they have some spirits in them so they try to keep a distance from these dogs. 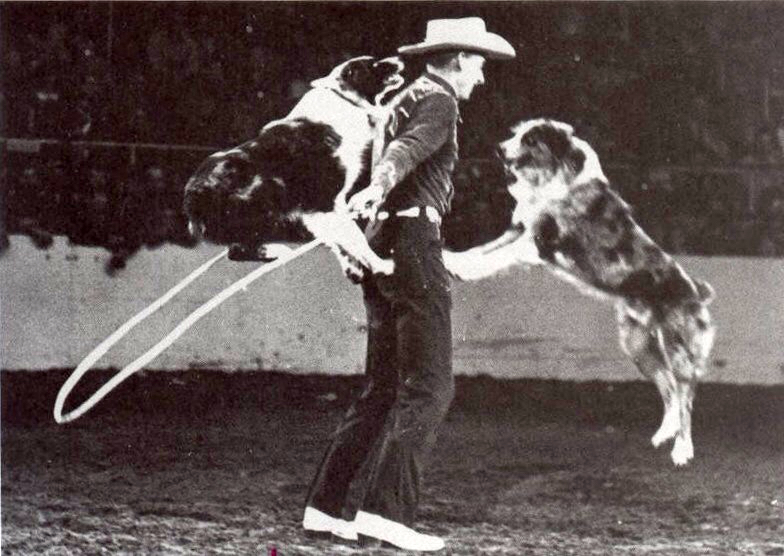 These dogs were put forward to perform things in the Rodeo show before the starting of the World war. In these show, they run, jog, jump, twirl on commands given to them. They are full of impeccable intelligence and they have the ability to learn things in training given to them.

14) Most of them have Merle Coats 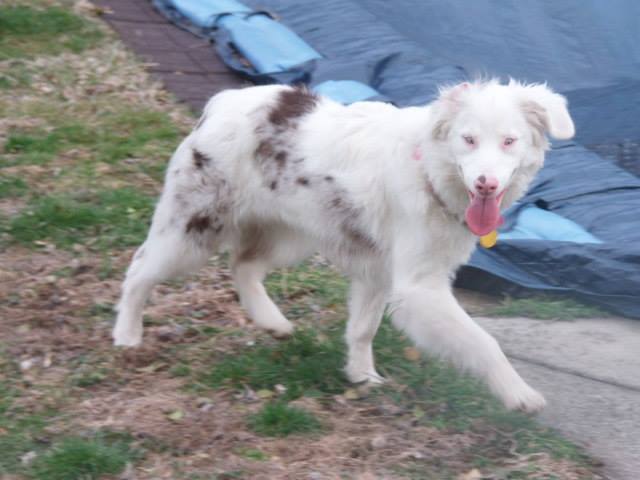 There are four different colors of merle; out of these four, blue is the most appreciated one. The breeders attempt to bring different colors. But is observed that the dogs with the double merle coats have to face health problems such as blindness and hearing defects.

15) They are distinctly American 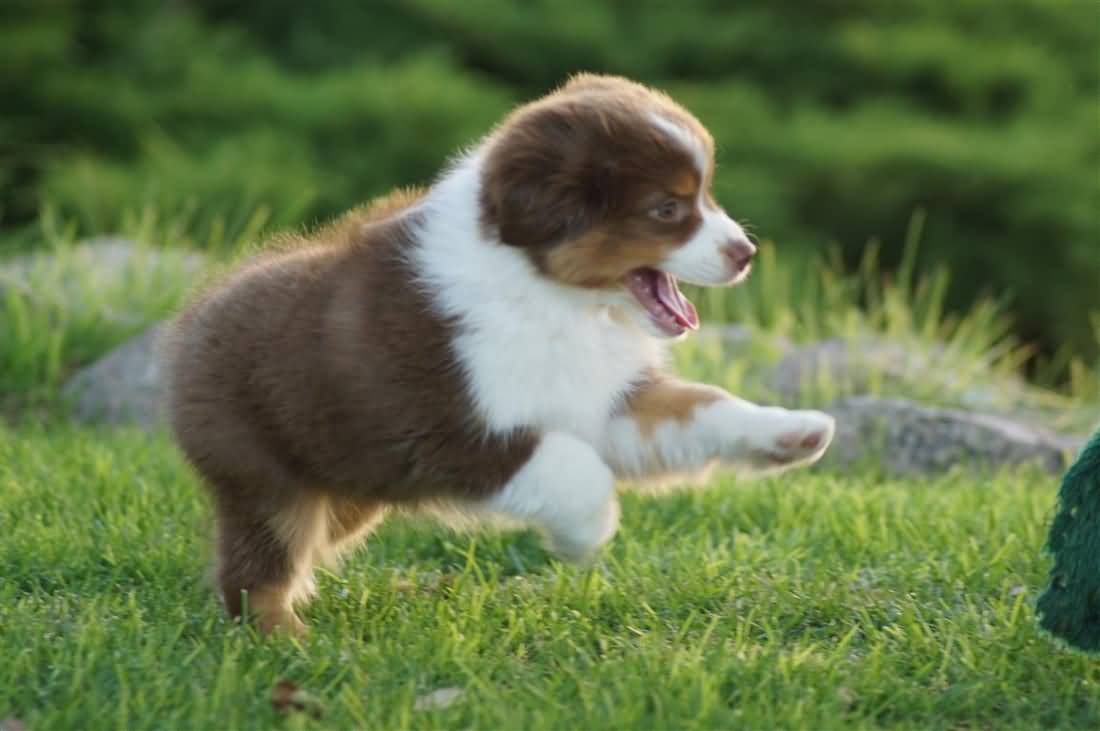 The origin of the species is a mystery but the breed is perfected in America. From all over the world, people made their way to the west coast to their dogs. They breed the dogs to make them more agile, alert, intelligent and adaptive to different terrains.

Some other dogs such a Scotch Collie or Border Collie and all of these species have supposed to be contributed in the Australian Shepherd.

16) Their eyes can be mismatched 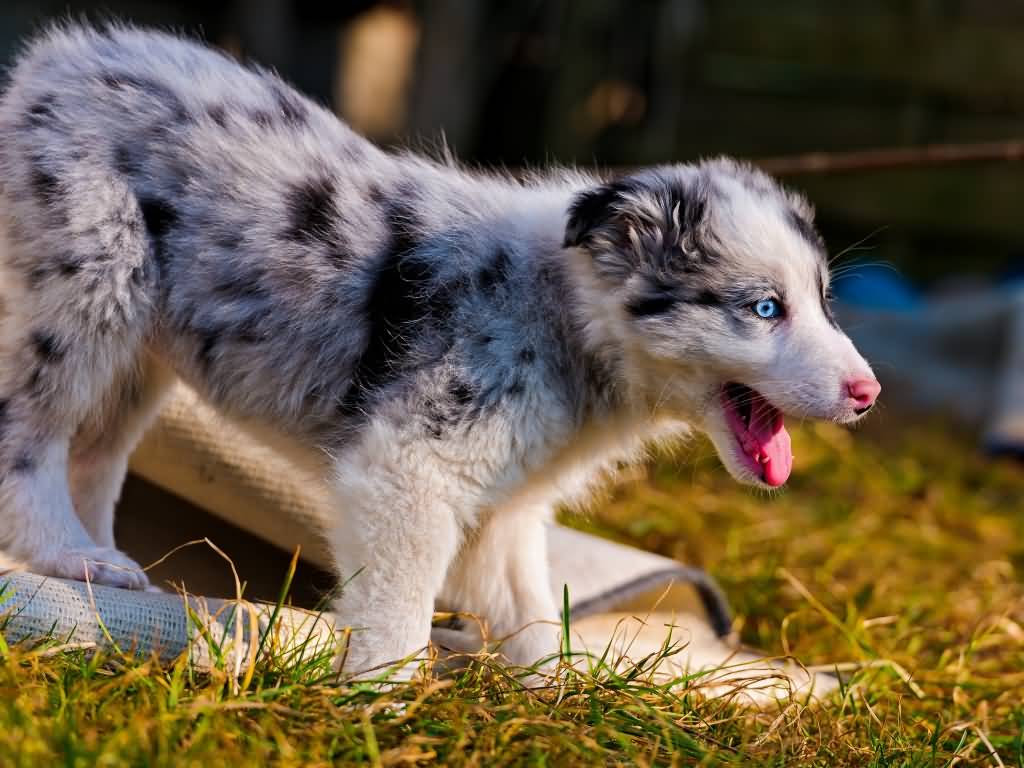 All the Australian Shepherd do not have blue eyes. It is seen that sometimes these species have different eye color which is formed by the combination of two or more colors. Thus the species is said to have mismatched eyes.

17) There's plenty of task for them 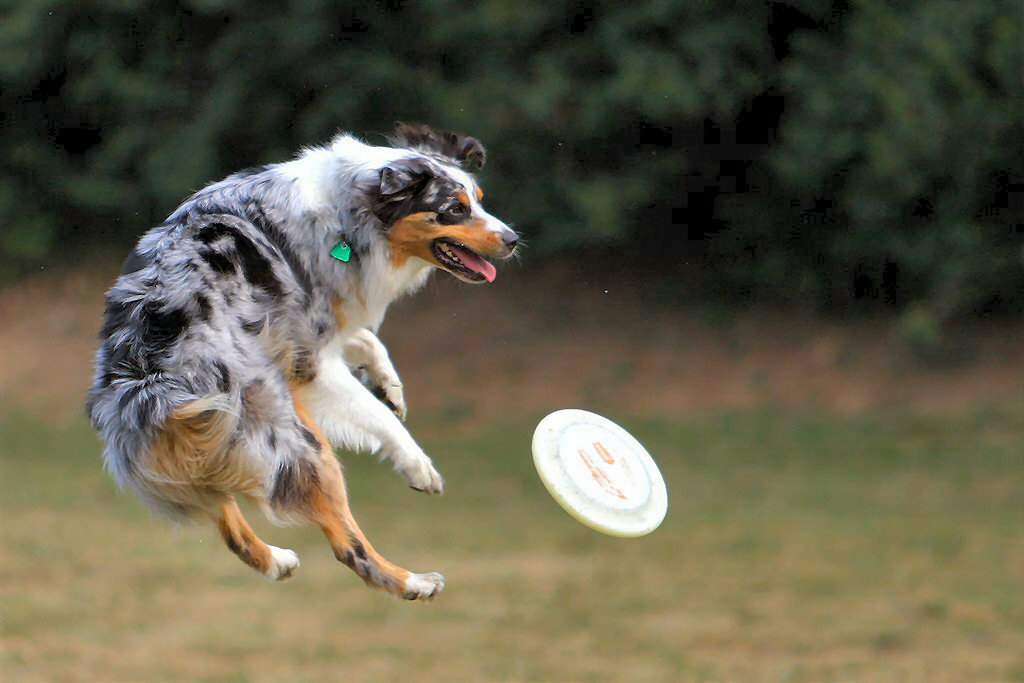 Aussies are said to be a working dog which performs different jobs. They are thus said to be search, rescue and therapy dogs. These dogs are equipped with all the things which are mentioned above. They are also known as herding dogs.

18) They are great family pets 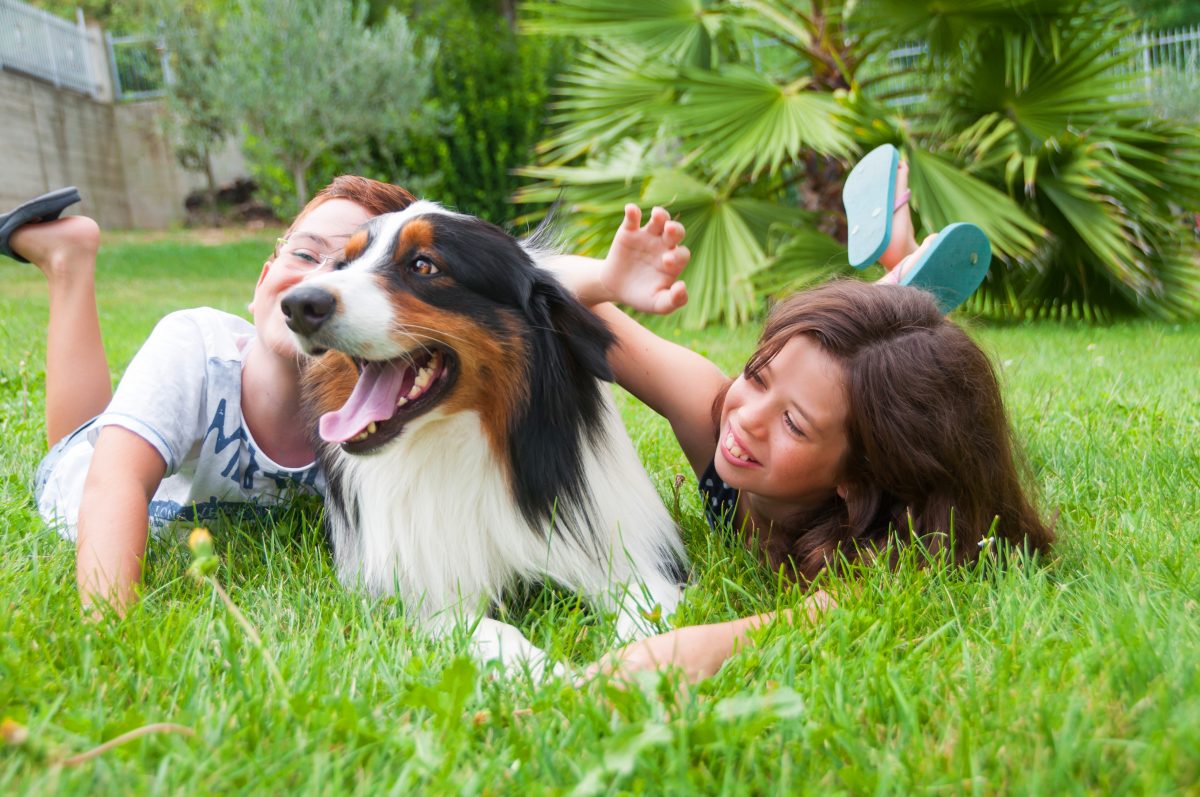 These dogs love to be in the company of the people thus is considered to be the great family pets. If Aussie finds you as one of his favorites than it will definitely follow everywhere wherever you go.

It loves to be around the family members. These species are shy in front of strangers they are not social and thus it is required to train them of the exposure to many people and different circumstances.

19) They are outstanding watchdogs 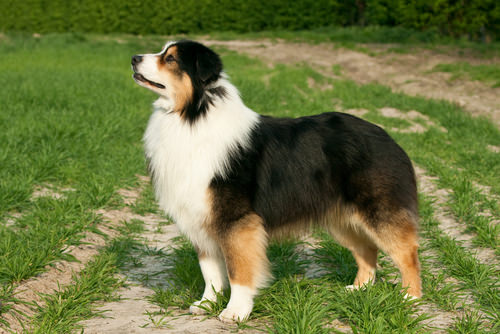 The Australian Shepherd is an outstanding watch dog. They are always active and alert in all the things they do. They are said to be a safeguard for the family and therefore it is said to be guarding dogs of the Australia.

20) They come in Striking colors 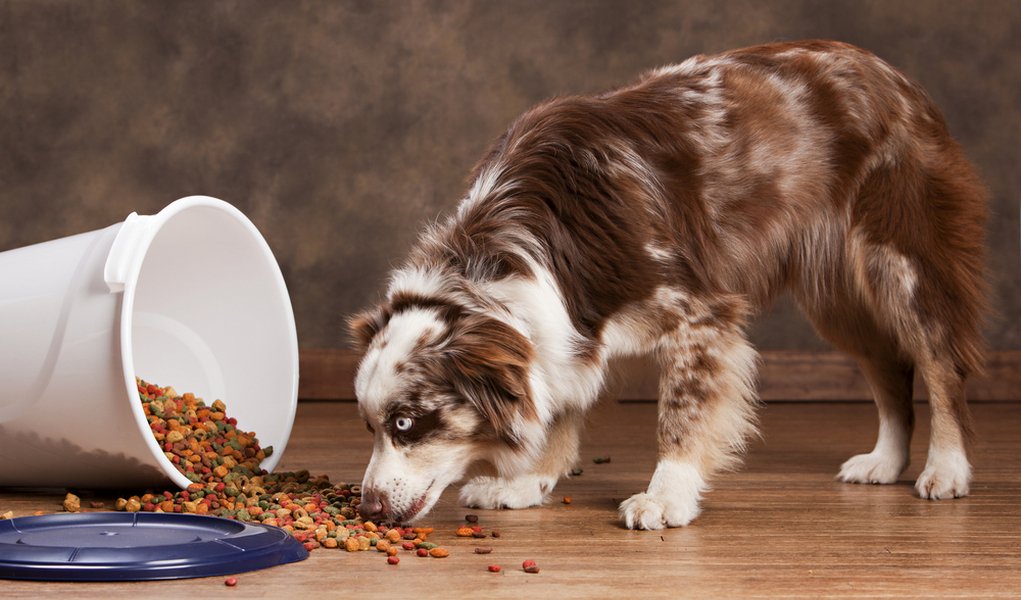 Aussie is known for its striking coat patterns. These coats are unique and different and the color of the coat becomes darker and darker with the age. The coat colors include basic red and black color.

The above mentioned 20 facts make the Australian Shepherd distinct from all the other dogs.