It is widely accepted fact that dog owners are active and stay physically fit, but these lazy dogs for lazy people prove this term to be false. 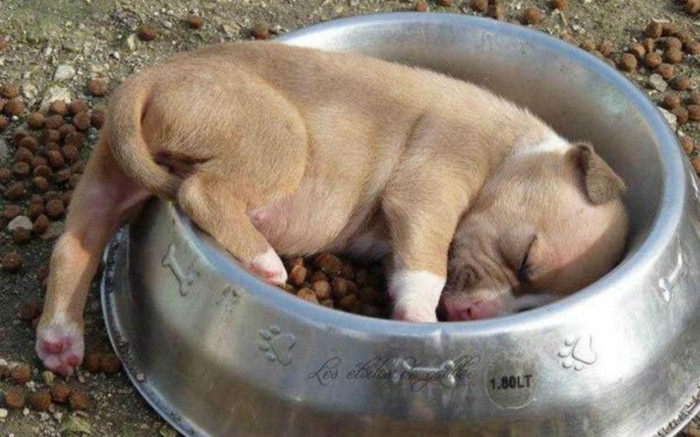 What do you think when you hear the dog? Maybe you just have visualized of a dog scratching it up and you must be thinking of buying a  Pomeranian! Well, the main reason why I ain’t buying a dog is that they sometimes really sucks, as dogs have a scheduled prepared for a walk, they have time to eat and much more. Do you agree with me?

But what if I say, just like you and me some dogs don’t get up early for running and they really don’t enjoy a long walk either? They only love sleeping on a couch. Now you wish to own a dog? Probably YES!

Here are some lazy dogs for lazy people 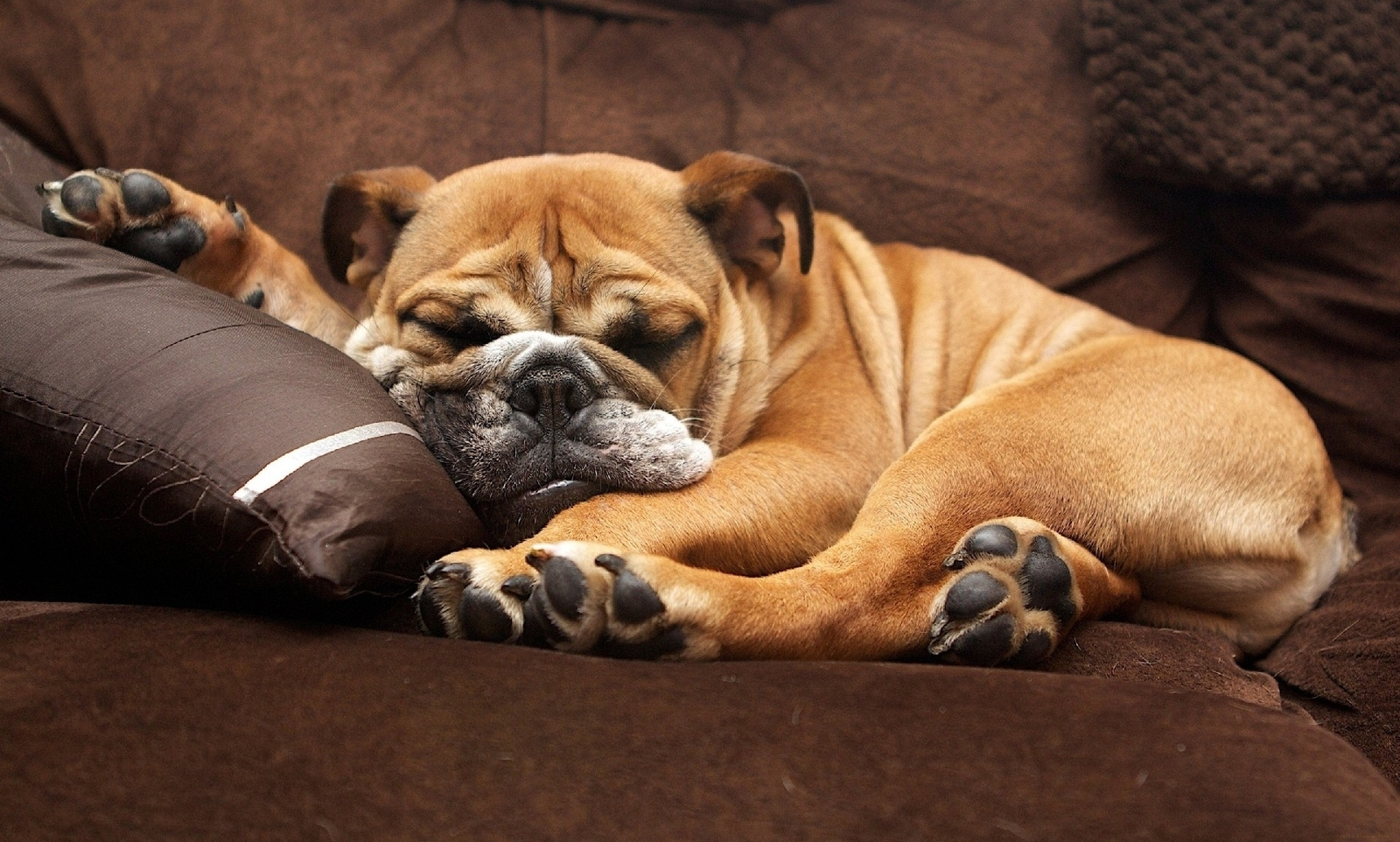 These compact breeds are probably one of the laziest dogs ever found. Unlike any other dog who wants to wander here and there and wants to surf, these dogs just love curling up on the couch. The bulldog is the best partner you can have. 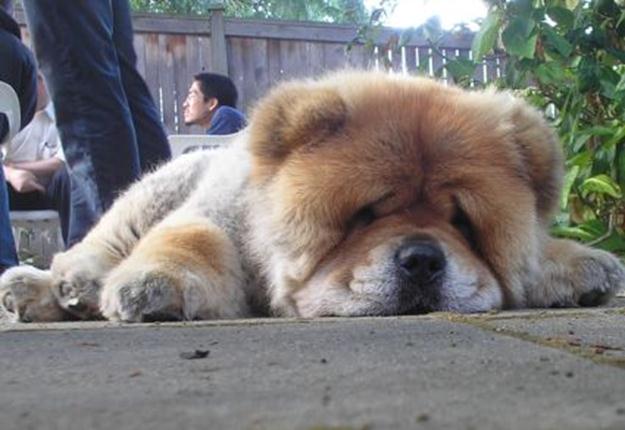 Chow Chow is another laziest dog much known for its blue/black tongue. These dogs usually prefer lying in the cool atmosphere and are sometimes referred like a cross between a bear and lion. (1.1) 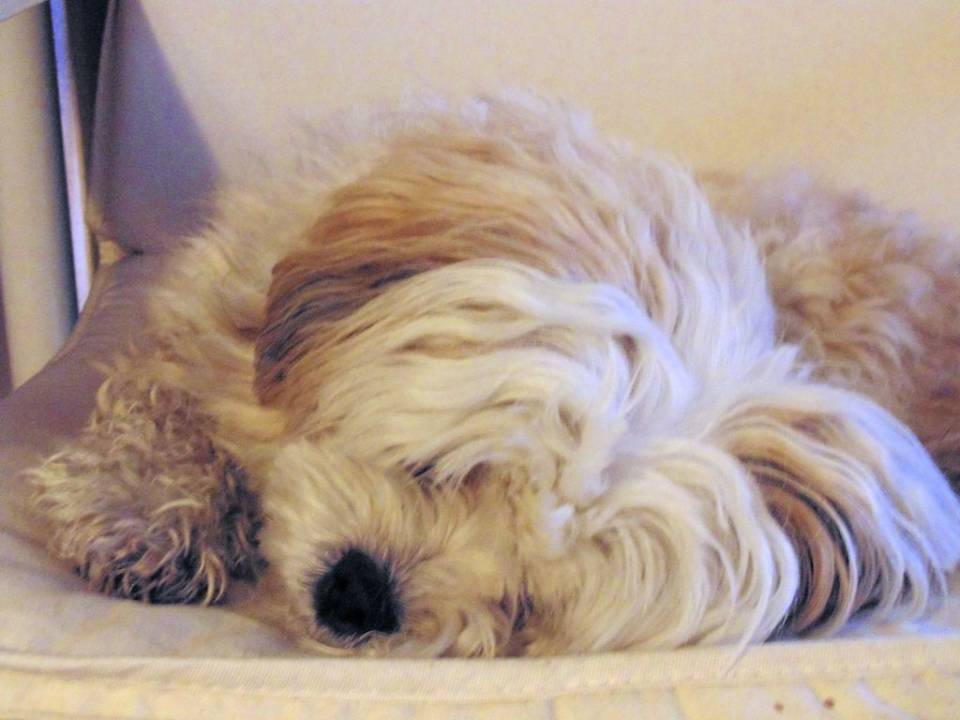 Long haired Lhasa Apso is a native to Tibet. It is a non-sporting breed which roughly measures 6-8 kgs. The textures of the Lhasa Apso coat is hard, neither silky nor woolly. 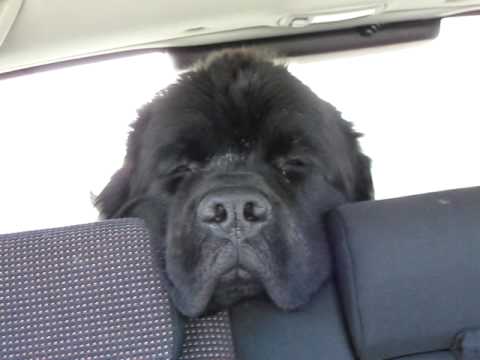 Do you know that these lazy dogs - New foundland are used as a therapy because they are much devoted to the families. These type of dogs needs encouragement to move and are great with children, only their huge size can prove to be a challenge for them. 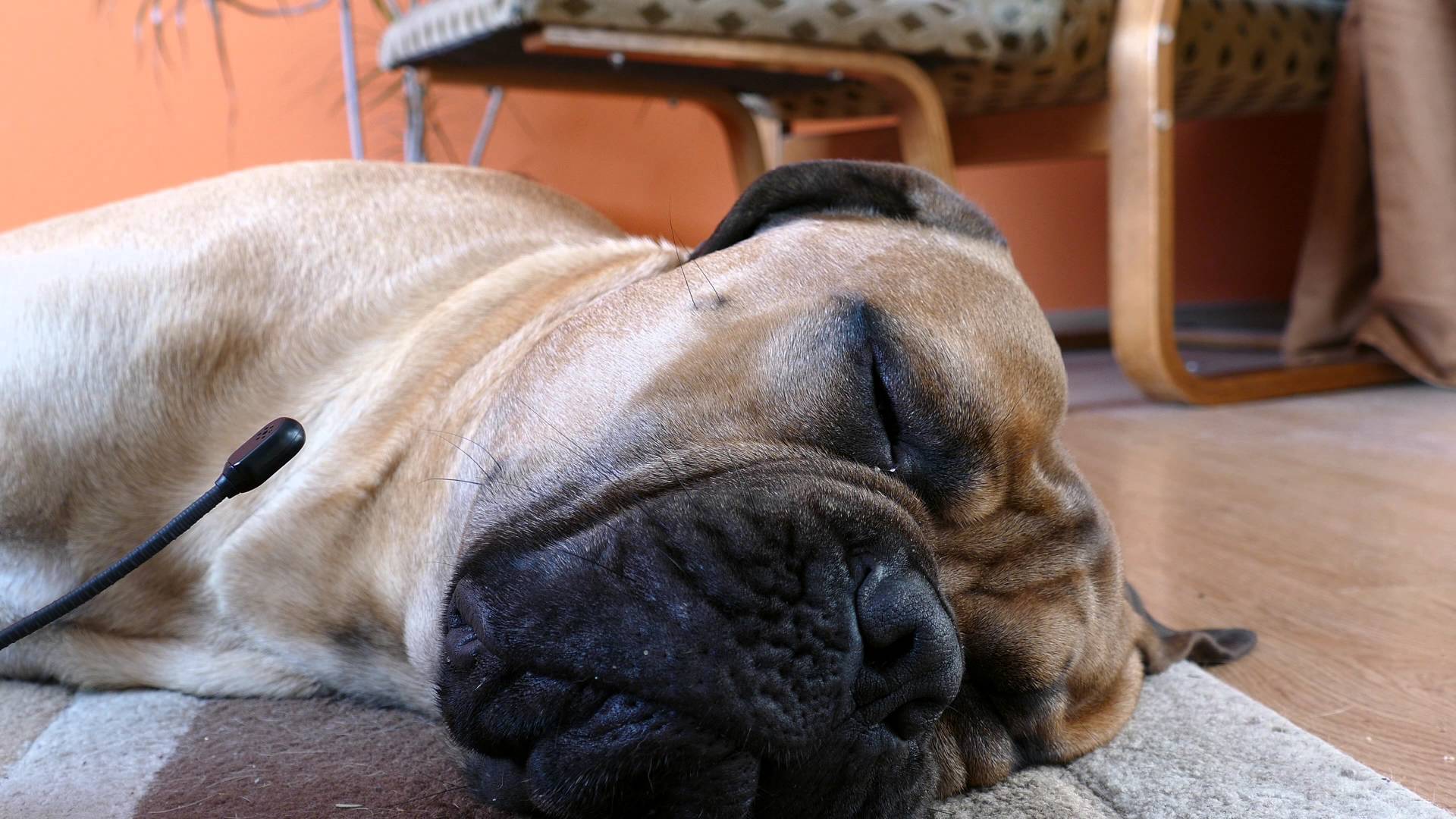 The large English Mastiff enjoys sleeping more than guarding. If you are looking for the dog that looks best for the guarding purpose just to frighten the unknown visitors and requires minimal sleeping, you can buy English Mastiff. 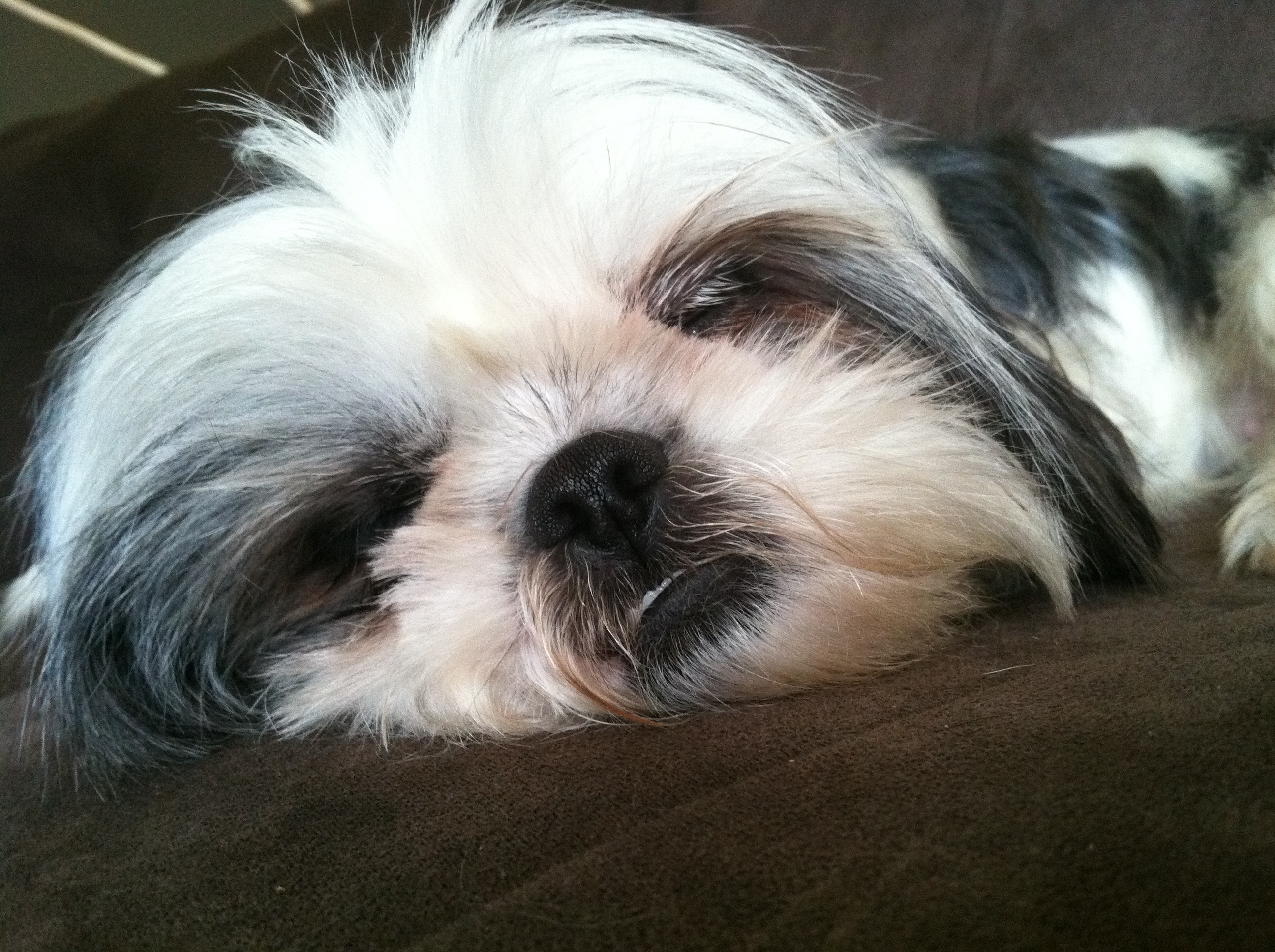 Shih Tzu looks damn cute, their long hairs can make different hairstyles. They require daily brushing. But Shih is an alert dog that is not much fond of outdoors and enjoys wandering the apartment as its daily exercise. 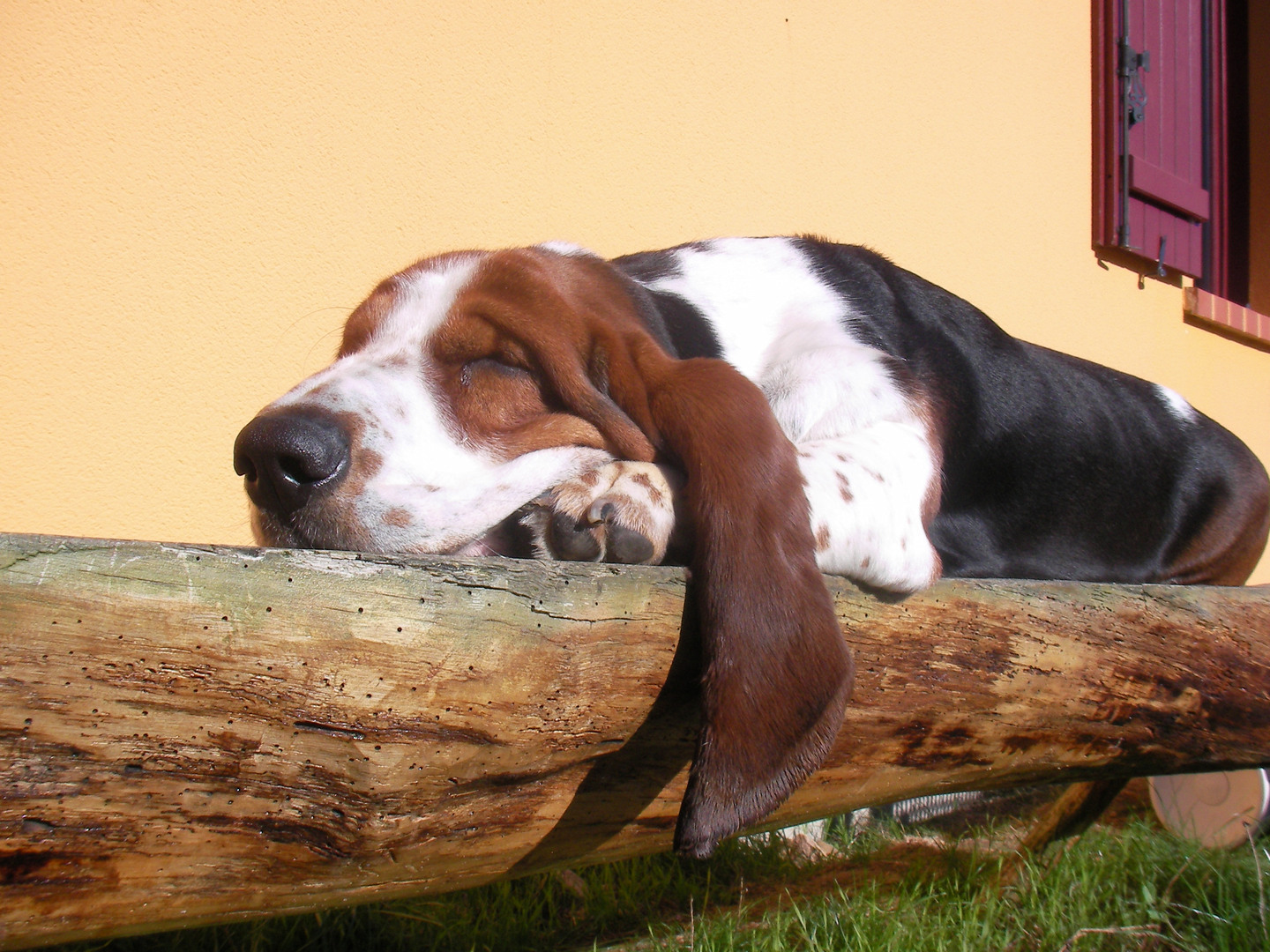 Out of all the dogs. Basset Hound has one of the best noses i.e. best sense of smell. They sometimes suffer from eye issues due to dirt. Basset is lazy when he’s lying inside a house, once outside he can easily sniff for a long time. (1.2) 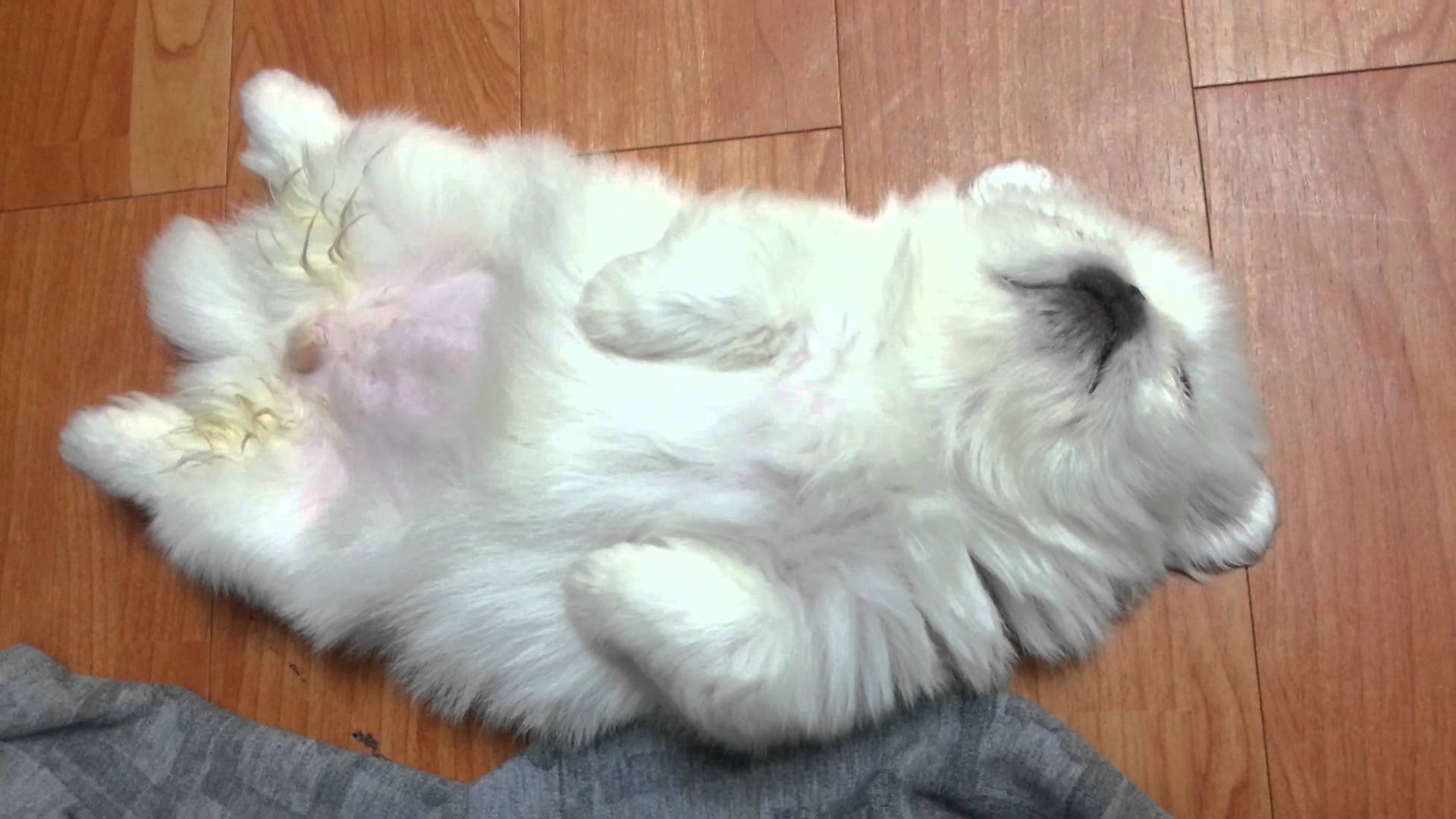 Resembling with guardian lion statues, Pekingese is the dog with cute look along with the small skull which can be a source of severe health problems. These lazy dogs struggle with hot weather conditions so it necessary to keep them in a cool environment. 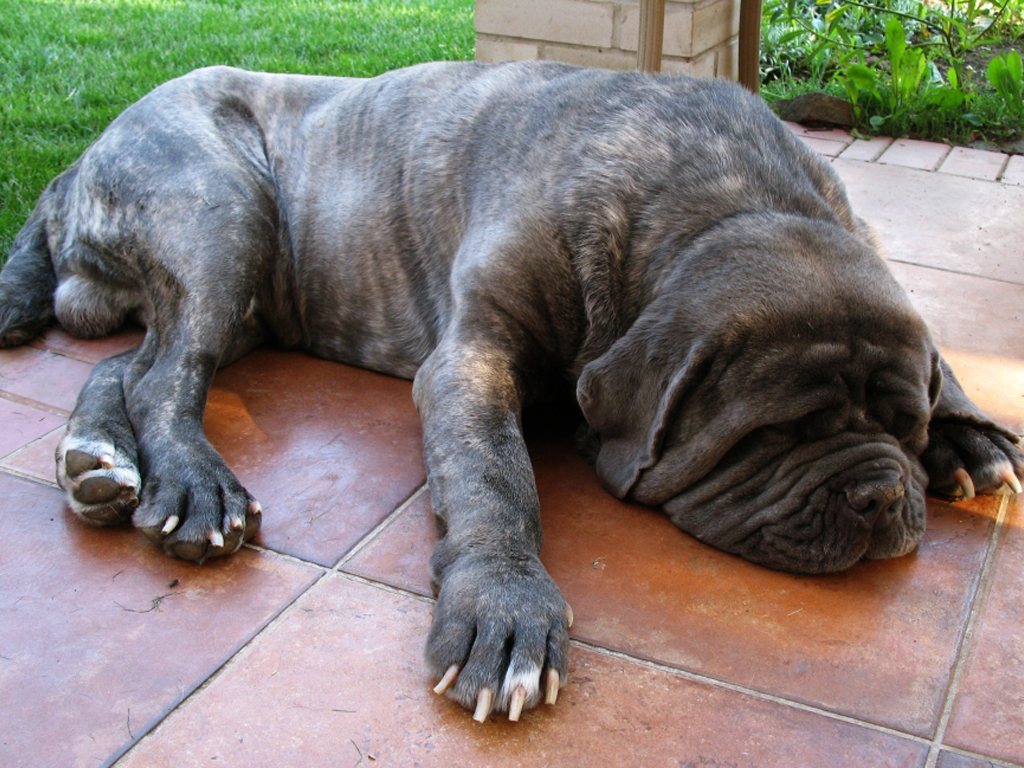 Neapolitan Mastiff is a protective and a loyal dog who enjoys watching TV. So who wouldn’t  mind watching favorite TV series with this huge pet lying over its body? But make sure to train them well as Neapolitan can be aggressive towards another person. 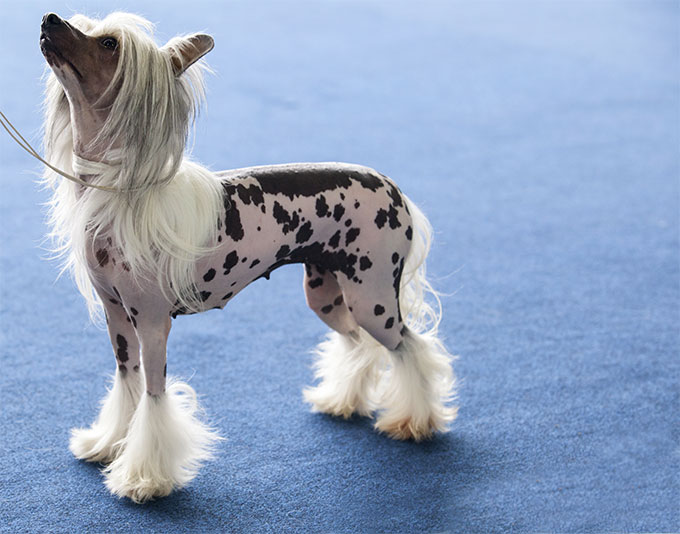 Chinese crested are very versatile and adapt both apartment and farm living. They come in two forms: powder puff and hairless. Powder puff has luxurious and long hair. While hairless Crested is a unique dog that has hairs only near the ears and the end of the tail.