When it comes to sleeping, humans completely conk out, but there are some animals like seals and whales that only mask out the half portion of their brain keeping active other half all times. 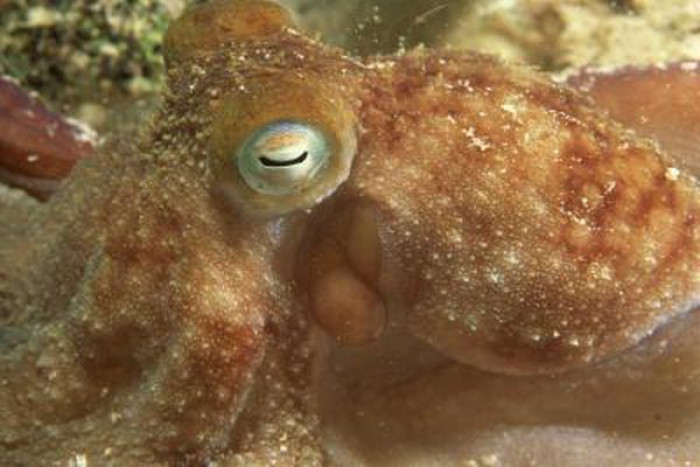 While we human needs 7-8 hours of sleep to keep our brain functioning in a proper way, there are some animals that sleep for more than 20 hours and there are some who sleeps less than 2 hours a day. And as the human you might have a predictable sleeping pattern – you go to bed and wake up in the morning when it comes to animals some of them do things perfectly in a different manner and most importantly have weird sleeping habits. 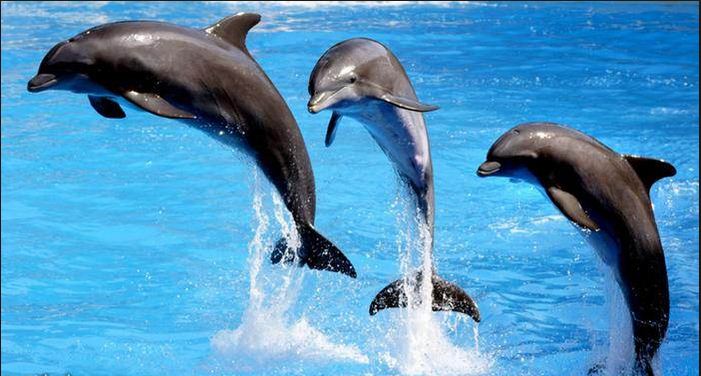 No doubt, dolphins are adorable and amazing creatures that love playing with us. Apart from their adorableness, their sleeping way is also worth mentioning too. When dolphin sleeps it looks like a log floating on the water. Besides this, do you know dolphins shuts down the only half portion of its brain and keep the other half open to watch out for predators or anything that come along their way? More interestingly, after 2-3 hours, it switches the side so that both half portion of brain and eyes get equal rest. The half portion sleep is not unique to dolphins it can also be noticed in ducks and seals too. (1.1) 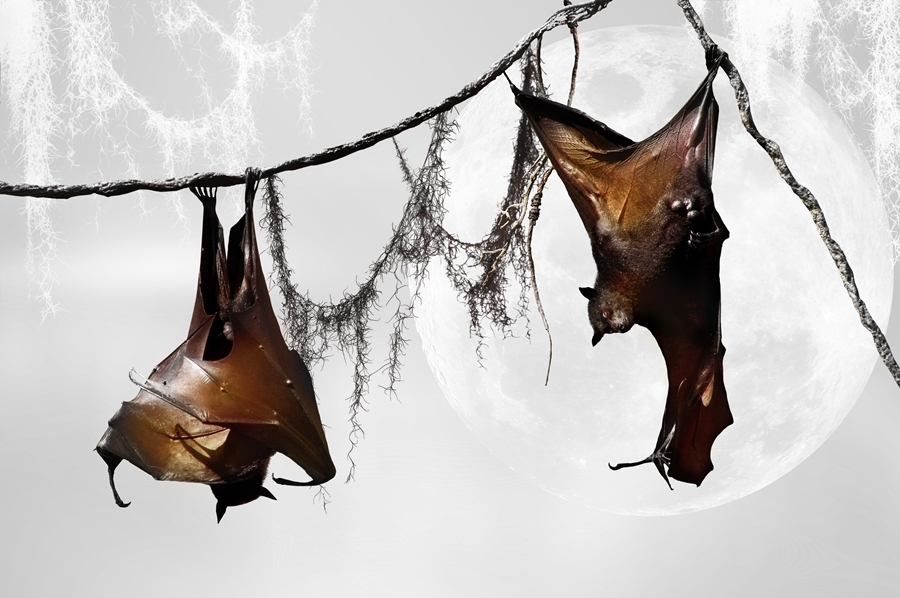 What are your thoughts on sleeping 18-20 hours a day? Sounds great, isn’t it? Just like me, do you also wish sleeping more, more and more? But thanks to the office job and daily schedules that don’t allow you to sleep such long.  Contradictory, the nocturnal creatures like bats can sleep up to 19-20 hours a day. That’s so cool, but it’s more amazing knowing that they sleep upside down. Bats sleep upside down because it makes them easier to take off. 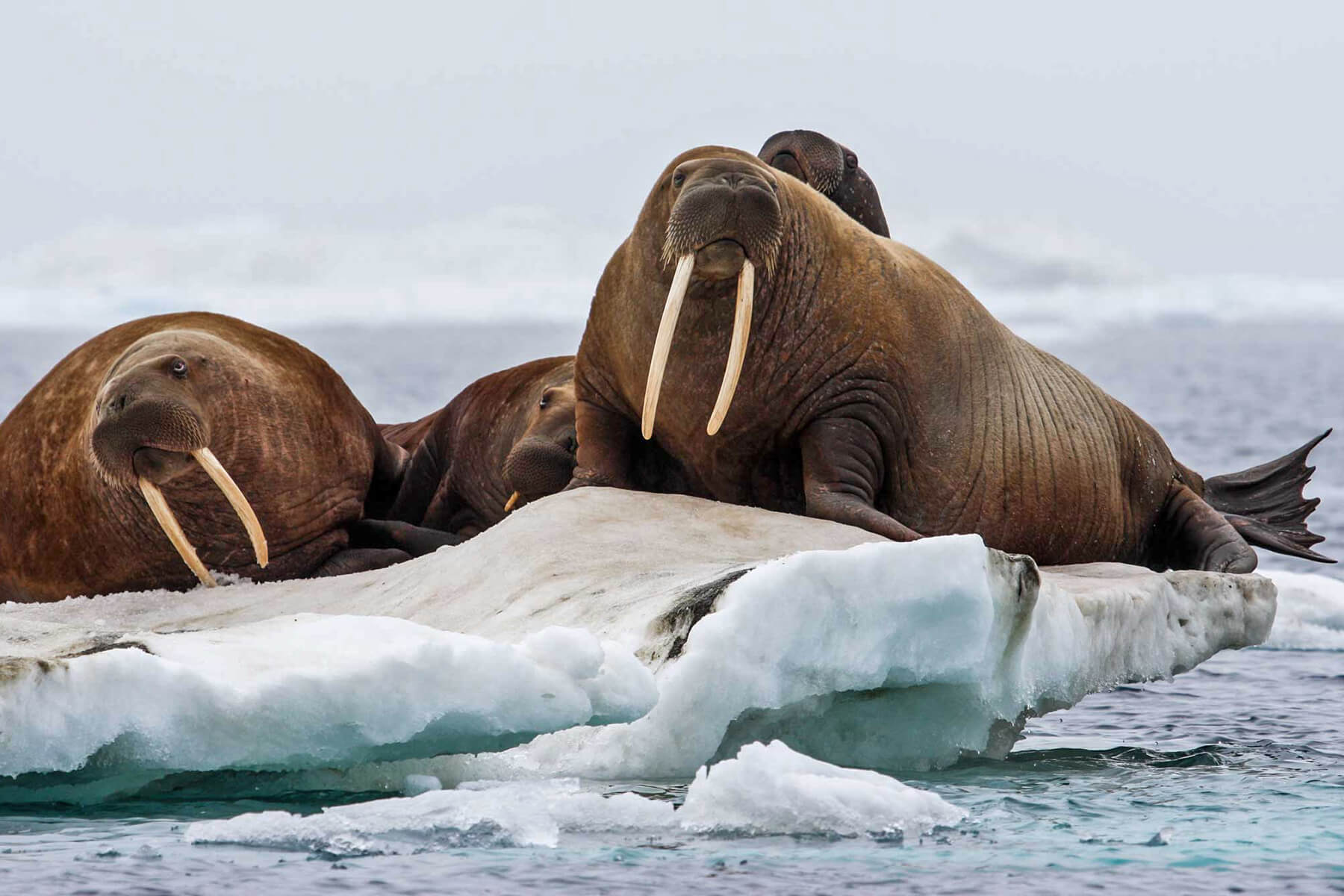 Walrus can remind you of your friend who can sleep anytime anywhere. It is a large flippered marine mammal that can swim and sleep simultaneously. Walrus can even hold their breath for up to 5-7 minutes and can take a deep sleep ashore for long as 20 hours. In fact, they deserve this much sleep as Walrus have been known to swim continuously for more than 80 hours. 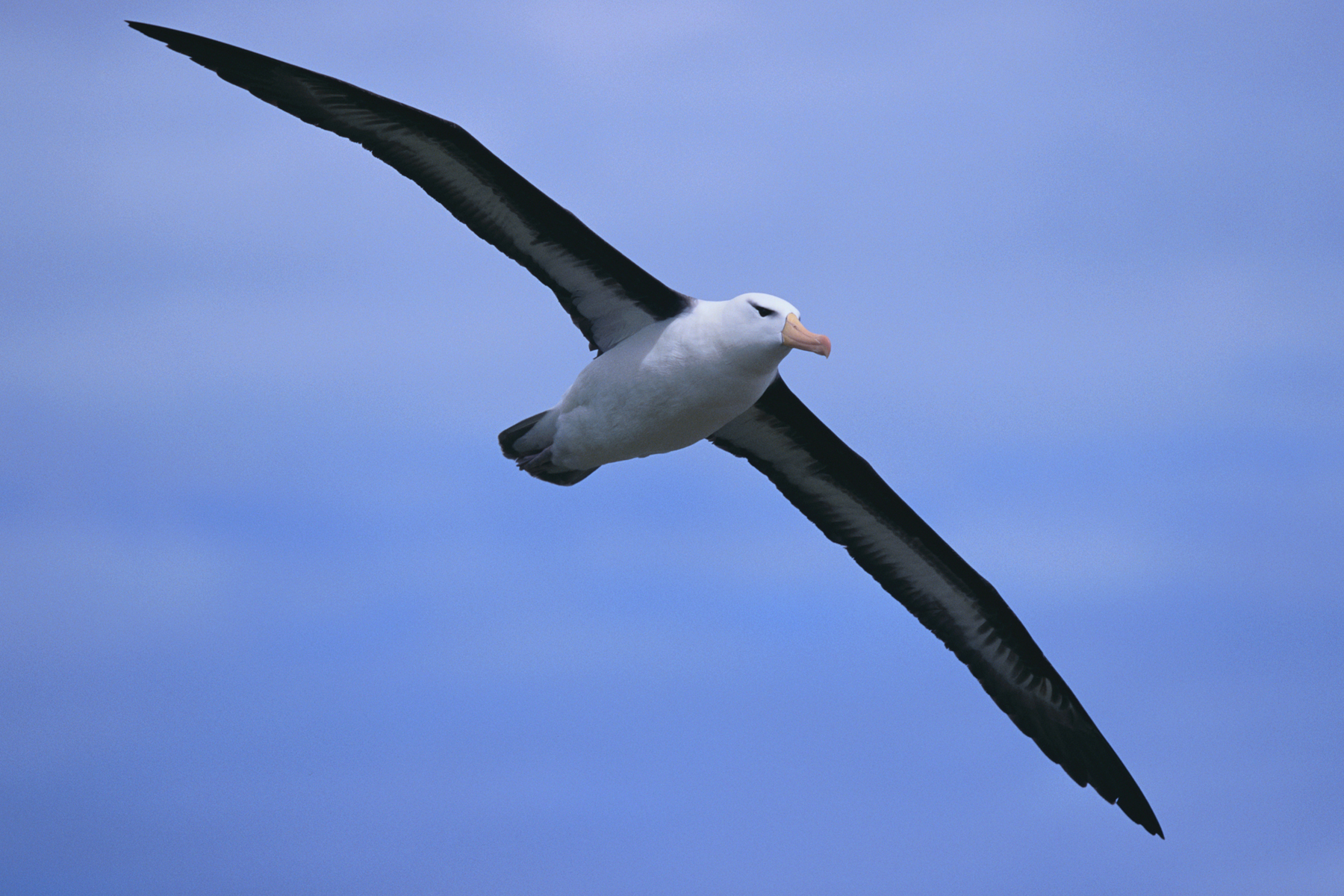 As aware Albatrosses spend most of the time flying in the air, and there isn’t such a place where they can land. It is believed that this seabird sleeps while they are in the flying mode, and one more thing that might surprise you is that Albatrosses keeps their half brain awake in order to fly. Well, must say, this one is the weirdest sleeping way and habit I have ever got to know in an animal. 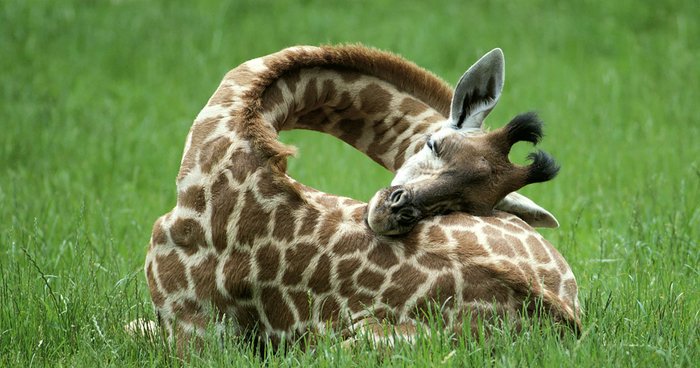 20 minutes or even less of sleep in a day is eventually what most giraffes needed. They sleep so little to avoid predators. And even some scientists believed that Giraffe can go weeks without sleep. Have you ever seen Giraffe curling up for a sleep? Might be yes, but I am sure Giraffe’s look adorable when they fall asleep. 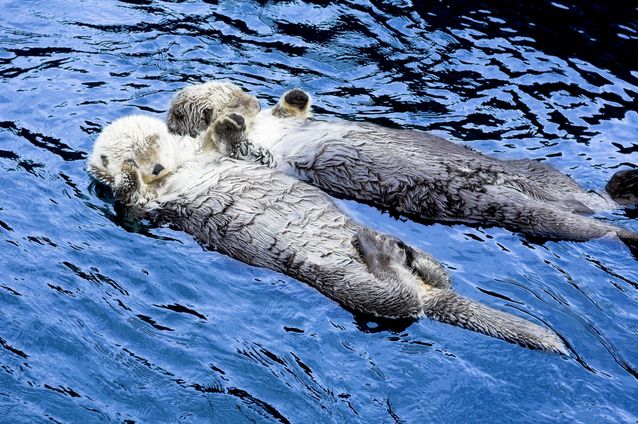 You won’t believe but sea otters hold each other hand when they sleep so they don’t drift away from each other. Wow! How cute it is! This one is not the weirdest way but yes the adorable way of sleeping. When sea otters fall asleep they lie on their back at the surface of the water. Surprisingly, Otters sleep in groups. 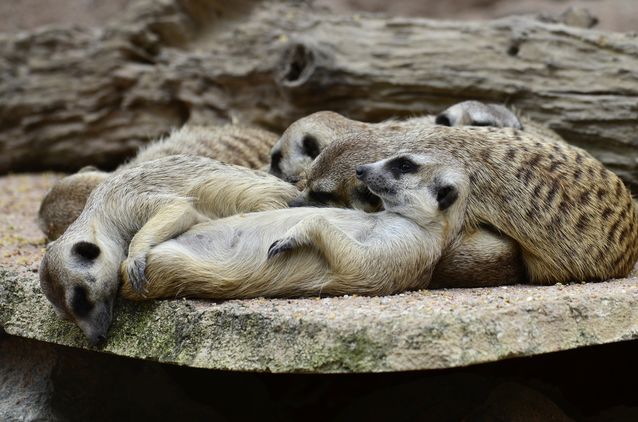 You must be aware of the sleeping habits of the Meerkats, they spend their night in burrows. A gang of Meerkats is known as mobs or gangs (consist of both male and female), they sleep in heaps, so that they could get the warmth of each other. The weird thing about their sleeping habit is Meerkats when sleep, protects the gang leaders at the pile. Apart from Meerkats, bats, squirrels are also known to cuddle and huddle up during sleep. (1.2) 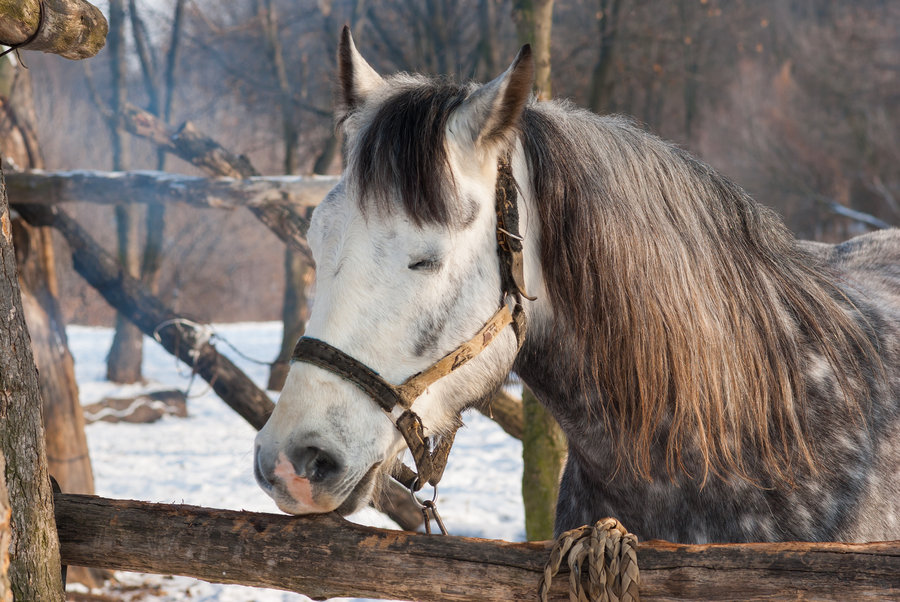 You might have read that animals like horse, elephants, and zebras sleep in a standing position. But do you know how they make it to the sleep while standing? These animals block their legs while they stand in such a position that it doesn’t require more muscle work and efforts, this state is called as ‘stay apparatus’. Wow! That’s an amazing trick, but these animals also lie down to take rest for some time. 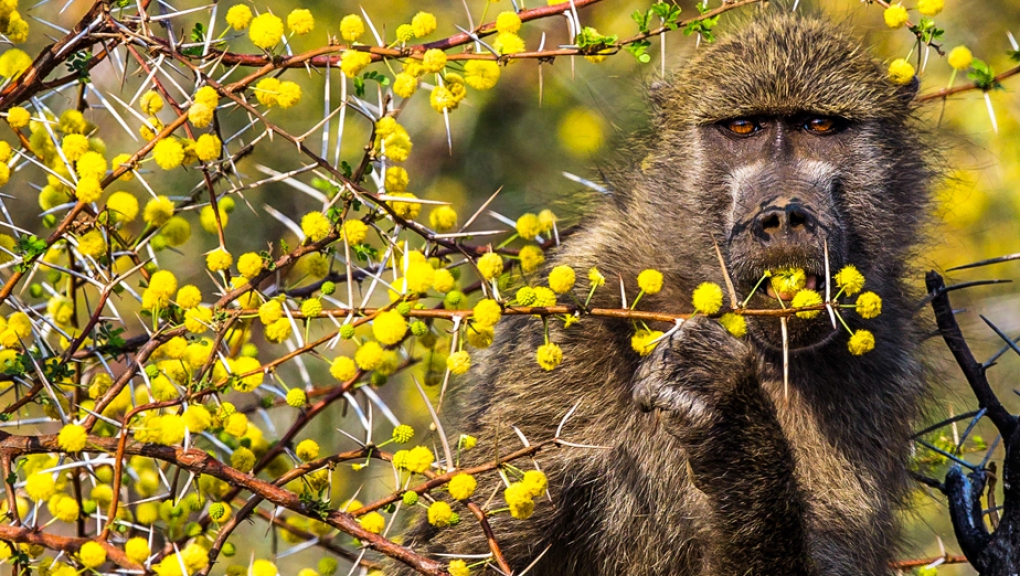 Can you sleep on your heels? Do you want to learn? If yes, then you should learn this weirdest way of sleeping from Guinea Baboons. The animal needs to be alert all the times, to stay away from the predators and also to catch the prey. To this, Guinea Baboons sleeps at the top of a tree on heels (ready to move) when needed. (1.3) 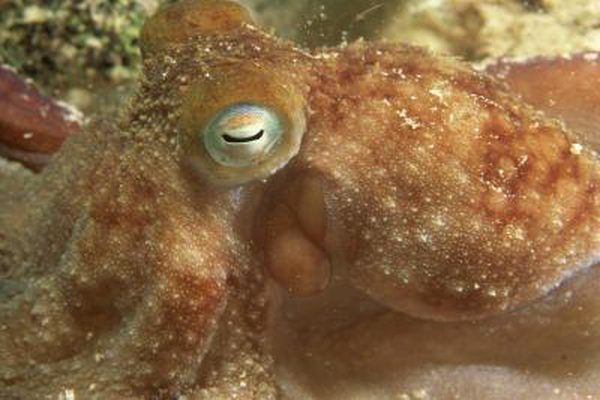 Just like we humans dream during sleep, it is also a common stage in animals. Animals like Cuttlefish and Octopi dream in some form. Experts found that both animals show a rapid movement of the eye when falling asleep, which in humans assumed that we are dreaming.

While you can wish some more sleep for giraffe, you can feel jealous of BATS!